This Day in History It's been 30 years . 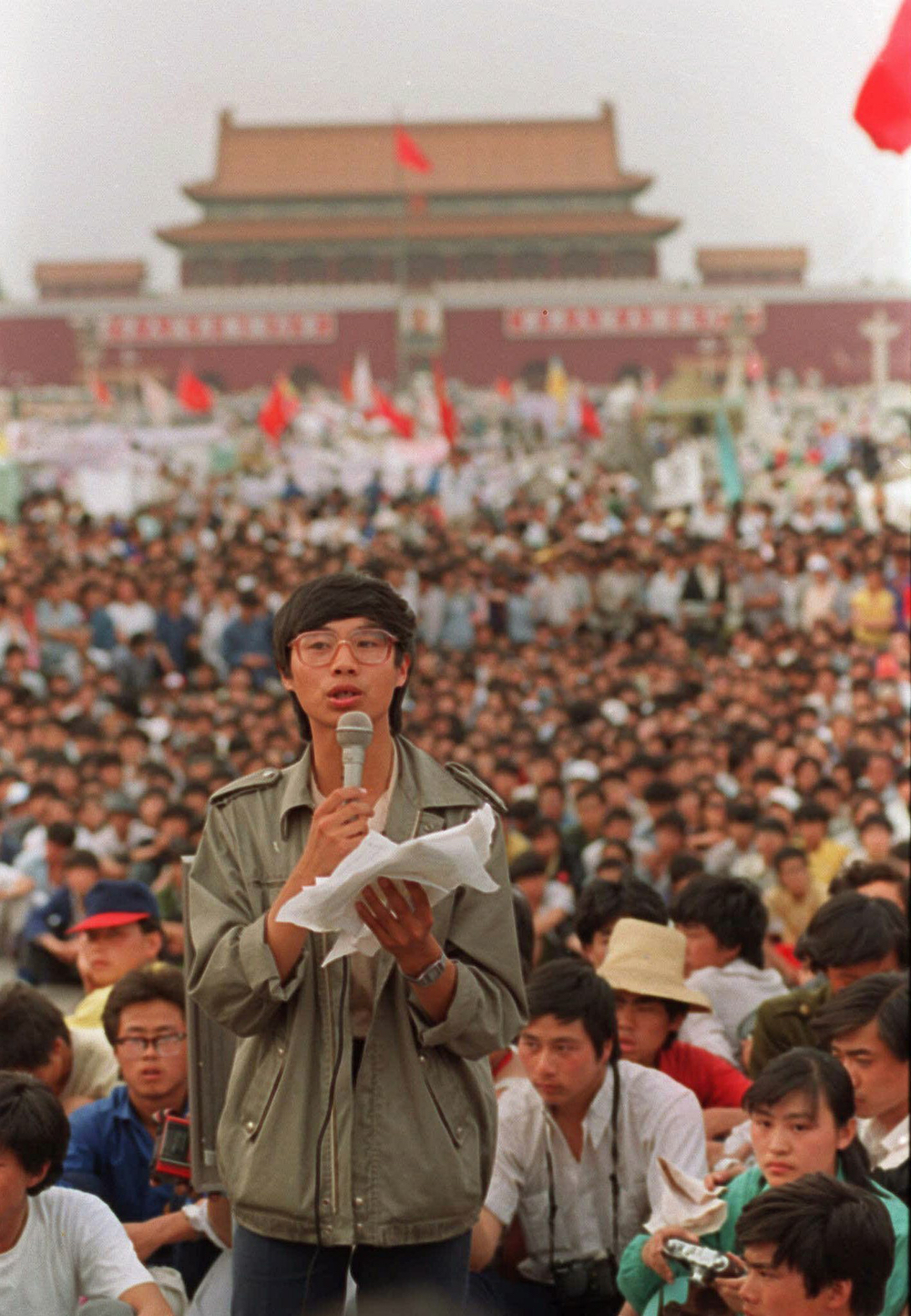 The source for this image seems to be a website that was taken down recently. i found it via image search and it goes to a dead link..


1989 was an odd year, The U.S.S.R., weakened by its own internal contradictions and with its rot exposed by the Chernobyl disaster of three years prior was undergoing seismic upheavals. There was crazy talk in the west; that the cold War might end without a fight, let alone Armageddon. The faint breeze of hope, long forbidden to those on the other side of the iron curtain was beginning to blow throughout the communist world. Every day, it seemed the news was reporting on how Glasnost was spinning out of control, but in a good way. It's hard to describe the awe, the cautious hope and the elation that 1989 brought us. By the end of the year the Berlin Wall would be rubble, Ceaușescu would be dead and the countries of Eastern Europe would throw off their shackles and begin the long and halting process of rebuilding.

However, in June of that year, the largest of the protests, failed.

In China, one of the largest public spaces in the world was filled with students, packed in like sardines. Emboldened by those heady days when whispers of freedom were spreading like wildfire throughout the communist world, they gathered in Tienanmen Square  to call for reform and civil rights as their ancestors had in 1919 and 1976. For days they marched, they sang, they engaged in hunger strikes. Chinese students around the world joined in. They were overjoyed, and confident. They were going to be free!

And then. It ended. The Chinese Communist Party decided that this could not stand. After a few facsimiles of parlaying, they assessed the situation and came to the conclusion that no negotiation or concessions were necessary.  A billion people is a formidable entity. A billion minds, going in a billion different directions., a billion perspectives, a billion voices, a billion ideas, a billion hopes, a billion dreams, such human capital can create wealth and wonders. However, from the perspective of a leftist, or really any totalitarian, they are cats that must be herded, contradictory views that must be countered, potential disloyalty and a potential threat. The Army was loyal, and with that, even a billion a billion people, if they have been disarmed, are, ultimately little more than a target rich environment.

The CCP decided that thousands in the Square, would no longer be an inspiration, but an example.

The APCs came in that night and were gone by morning, having been routed by thousands with bamboo sticks.

And so in came the tanks.

...and for a glorious and wondrous moment there was hope.

No one will ever know his name, nor the names of the tank crew who did not follow unlawful orders. But between them these 5 long dead men gave us all a lesson in courage.

It was a brief respite.

Shortly thereafter, less reflective tankers were brought in. The total death toll is unknown but exceeded 10,000. The protestors were shot and bayoneted as they begged for help, then tank treads ground up everyone in the square, living and dead into  a mass of long-pork chitterlings that was hosed into the sewers.

And so ended the act of defiance.

Obviously things have  changed in that time.
Today we manufacture all our stuff over there to take advantage of slave wages, they have huge influence in our media and the IT technology we've given them makes the CCP's job much easier.
So yeah...progress.

That government is still in place. They are just as ruthless.

1 I'm not sure that I trust the official iconography of these events. You know what kind of unsavory characters did the "occupy" encampments in the U.S. right? And you know who wrote the official history of Tienanmen, right? The same people - the liberals of the academia, that's who. They really like these kind of uprisings.