About Those Desks In the previous post's fusillade of excuses, I noted offhandedly that, because of what they are taught in college, today's new hires expect to work at a desk, and not lift desks.
This may be a self correcting problem, because I suspect there will soon be quite a surplus of desks.
This seems in part to be because our "best and brightest" are neither the best, nor the brightest.

1 I was thinking about getting a Twitch account.
Make sure to use a cute vtuber avatar!

Devon Del Veccio has done a superb job of breaking down what fascism is and has divided it into 3 broad categories. He's brought the receipts, with a reading list that is as turgid as it is extensive.

As it happens, I'm currently slogging through ONE of the mentioned tomes now (Sternhell's The Birth of Fascist Ideology) which, sadly, just seems like something one ought to read nowadays. I marvel at Dev's patience in reading through all these mind-numbingly opaque books.
I've been aware of the broad strokes of the origins of Fascism since the mid-90s but this video goes into specifics that are pretty interesting.
I've long equated the struggle between Fascism and Communism in the '30s to the religious wars of 16th century Europe.One does not consider Catholics, Orthodox Christians, or, Protestants not to be Christian, though they have different means of attaining the same goal (salvation) yet they fought bloody wars over quibbles about ideology. Leftists, likewise seem to have violent, passionate disagreement amongst themselves about the minutia of how they control people's lives and will bring about their utopia, but to those of us not part of that worldview, they look indistinguishable.
His discussion of 'post fascism' is likely to raise some eyebrows, since some of the ideologies he mentions as having fringe elements fall under that banner are not intuitively fascist by any means. However, I think a very loose analogy can be made to the difference between the American tradition of a commune, which is a voluntary association of idealistic people working together, (who can, of course leave) and the state having much the same philosophy, which always results in much less genteel outcomes.
It's an interesting watch at any rate.

Suddenly! Streamery! Tonight,  (21:00 EST / 02:30UTC) my internet alter-ego will be streaming on Twitch. After a few announcements and stream business we'll be showing a fully restored version of THE CABINET OF DR. CALIGARI, the German expressionistic horror classic.
After that, we'll be doing a bit of grinding in La Pucelle Tactics, a JRPG from 2002.
Stop by and say "Hi!" tonight at https://www.twitch.tv/brickmuppet. 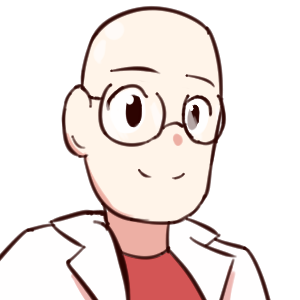 Seriously, What Could an Attack on Poland POSSIBLY Escalate Into? Party like it's 1939 guys.
A (probably errant) missile has landed in Poland, killing at least 2. Poland has scrambled jets (as one does when one is hit by missiles) and there is a lot of talk and nattering on about Articles 4 and 5 of the NATO  charter, but as I type this it is ALL talk and nattering.
Lots of people are saying lots of things but nobody seems to know anything.
So don't panic...yet.

1 Hey, it could be worse.. The Germans could start putting 'SS' labels on their uniforms...

2 The best part was that Polaks were too hasty to publish to evidence of missile chunks and it was obvious to everyone with eyes that it was Ukrainian. And then, get this, Eric S. Raymond came into comments at Instapundit with claims that it likely was Russian, and the most famous armchair expert that is I, told him with confidence that it was Ukrainian. It happened because ESR is an small man who lets his biases to control him, despite being a famous author and inventor of "Open Source Software" (together with Bruce et al). Dang that felt good. I didn't even circle back to rub it.

A Chat With A College Professor

Back in the Saddle ...or the chair in front of the computer at least.
Having made my way back from the swamps of North Carolina to the abandoned curry mine in the side of an active volcano amongst the dinosaur infested jungles that constitute Vermont on the internet.... I can announce a return to a regular streaming schedule.

While pondering how I neglected to escape from the internet while on hiatus. 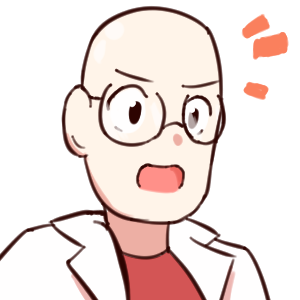