You seem to be taking spam below the waterline, though. thanks!

1 Some spammer has been actively working on his bot specifically to spam meenu and muunu. His latest innovation is to quote existing comments. But as you say, the result can be interesting. 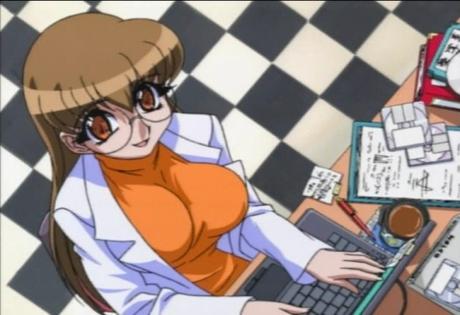 Bad Day in the Kanmon Straits  JS Kurama, a Japanese Shirane class helicopter destroyer, has collided with a Korean container ship in the narrow Kanmon strait between Kita-Kyushu and Shimonoseki. (H/T: Information Dissemination) 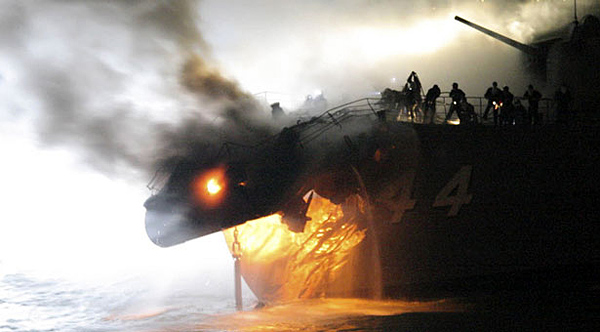 This is why we do those drills. (Pic via)
The collision reportedly touched off a fire in the forward paint locker off Kurama which seems to have fared the worse of the two. 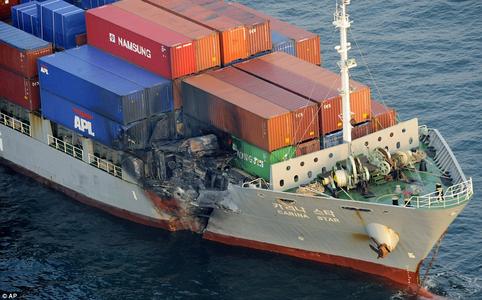 Damage to the MV Carina Star courtesy of the Daily Telegraph

I've seen the Kanmon strait. It is very narrow and astonishingly busy. I understand it has very severe tidal currents as well. The total width of the strait (not the shipping channel) is only 650 meters. The Daily Yomuri reports that around 70 accidents occur in the straits every year. Heads will no doubt roll over this, but it is not obvious that this is the example of flaming incompetence that such an event normally would be.

It is unclear how much of the damage was due to the collision vs the fire, but if paint thinner in sufficient quantity had a steady supply of air then the fire could have easily reached blast furnace temperatures. With the close proximity of the 5 inch magazines and the sheer intensity of the fire, the fact that the ship is pier-side rather than on the bottom is a testament to her damage control team. 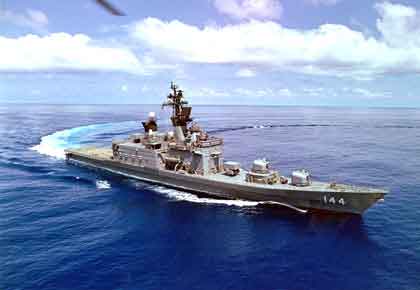 At sea, even in peacetime, things can go south in an instant. There are few more dangerous things than a fire on a ship.

Damage control is vital and this requires DC teams. This brings up a related point that our staffing gurus need to be beat over the head with.

A warship is designed to go into harms way, which generally refers to threats greater than a merchant ship. A warship needs to be able to fight while hurt and have enough crew to do damage control while others are fighting the enemy. The number of personell to do this must take into account those killed by the weapons that caused the damage. Given the difficulties that current staffing policies cause in rather benign conditions,  "optimal manning"....isn't.

I just looked at that in Google Earth, and I can well believe that strait gets interesting tidal currents! Yikes!

I wonder if it might reach the point where they run that thing one-way, switching hourly.

Pixy is Teh BOMB!

Actual photo of Pixy Misa about to ruin the day of two spammers he has cornered.

Dialup SUCKS! But there are far more hideous things to have to deal with. Via Cdr Salamander, some powerful perspective from Penn Gillette.

Do watch the whole thing.
In the last few years, I've lost friends over similar conversations that had many of the same elements. Patronizing condescension, backhanded compliments and finally....the ultimatum. I know what he's going through...and it is very very hurtful.

I should note that Beck, while certainly bit of a loon, is very civil with his guests and lets them talk even if he disagrees with them. This utter departure from current opinion journalism procedures ought to be encouraged rather than boycotted.
UPDATE: Related item here. Though, thankfully,  not as related as I previously thought. 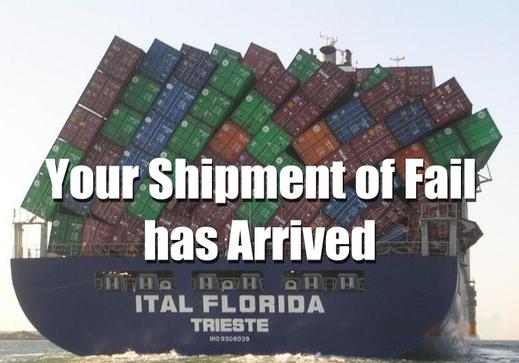 1 Good lord, man.  I'm nominating you to replace the definition of "perseverance."

2 What always amazes me most about that picture is that the green container on the far right didn't outright fall off.

3 They are secured to one another, not just stacked. 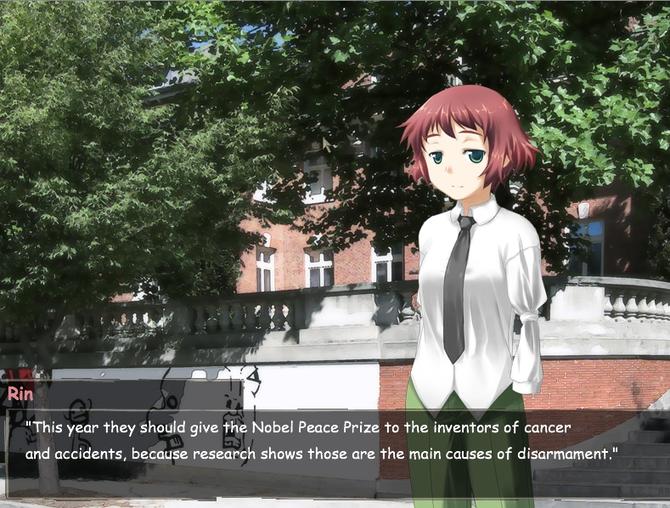 Self deprecating yet still appalling analyst is Rin From Katawa Shoujo 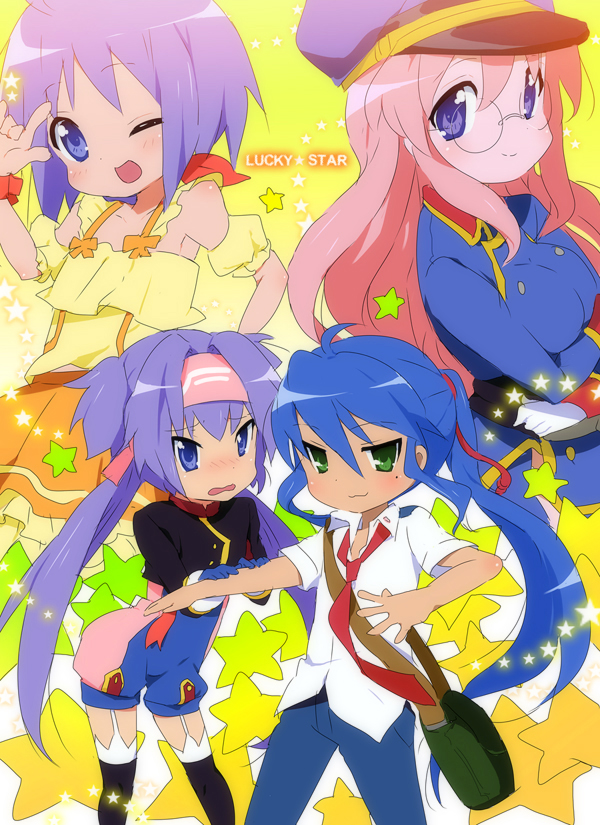 I've been sick so there's nothing today but some banality below the fold. As partial compensation, here is some completely unrelated promo art from Macross Frontier...wait...WHAT!!??

Way Cooler than a Wawa Renovations are being done on a gas station in Minnesota.
Now normally unless alternate fuels are being fed through the pumps or a giant robot is somehow involved, this would not be of any interest whatsoever.

This gas station however, is the only one ever designed by Frank Loyd Wright. 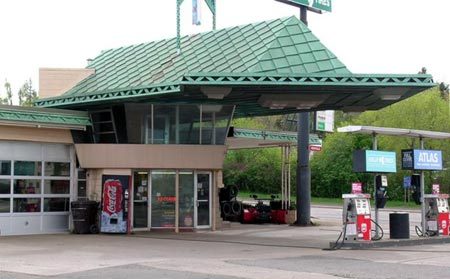 If the parking lot was filled with Tuckers..It'd be perfect.

One of my followers is named Trapchan. I fear this may lead to awkwardness at some point.

To the Extent I Care at All

UPDATE:  Moved below the fold