The Thing in The Hague The Chrysler Museum of Art reopened last Saturday after a long hiatus. This was a most welcome development as The Chrysler is one of the finest art museums in the Southeastern United States. It's collection is vast and includes the original piece that was the inspiration for this profound and thoughtful work... 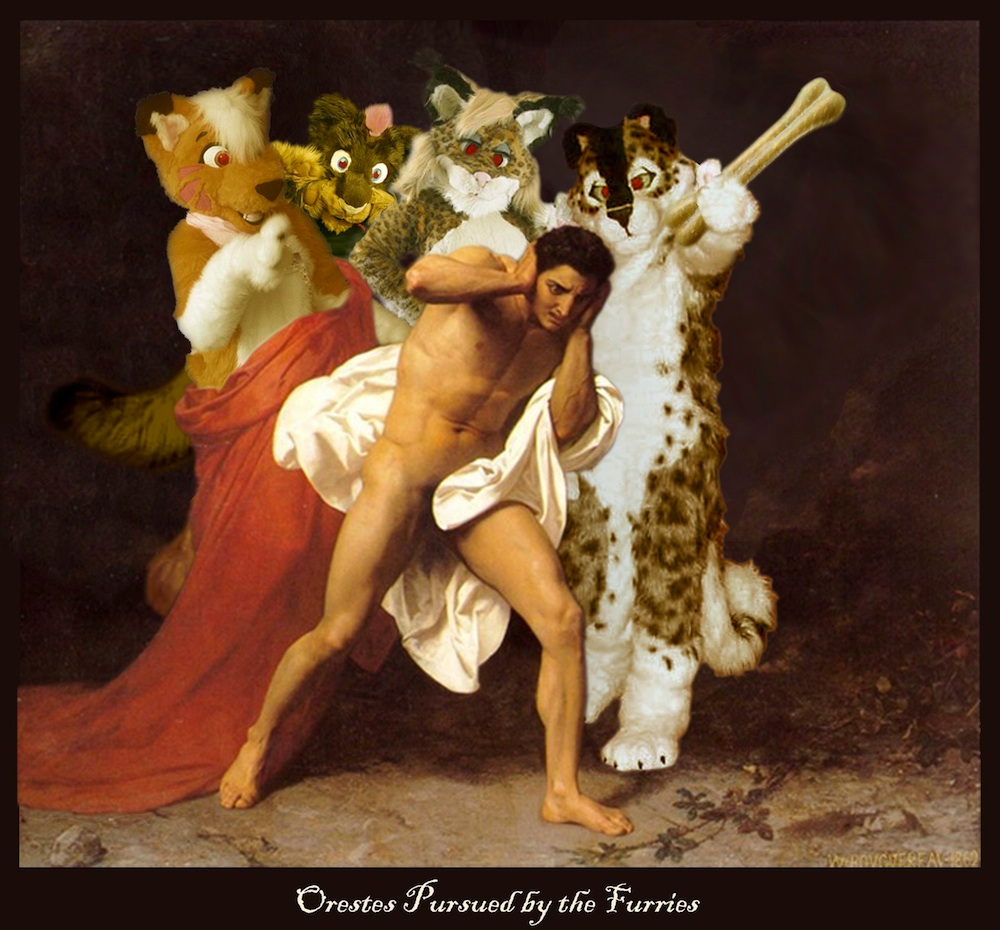 Ahem...
In any event, I had not had time to get through the whole museum last Saturday so the plan for today was to spend the afternoon at the museum.
However, I noted as I headed down Hampton Blvd. that all was not right near the museum. SomeTHING was peering out from behind the Unitarian Church. This THING seemed to actually be in the Hague (the tributary of the Elizabeth River that the museum overlooks). As I turned the corner I began to grasp the sheer scale of the doom that had come to Norfolk.... 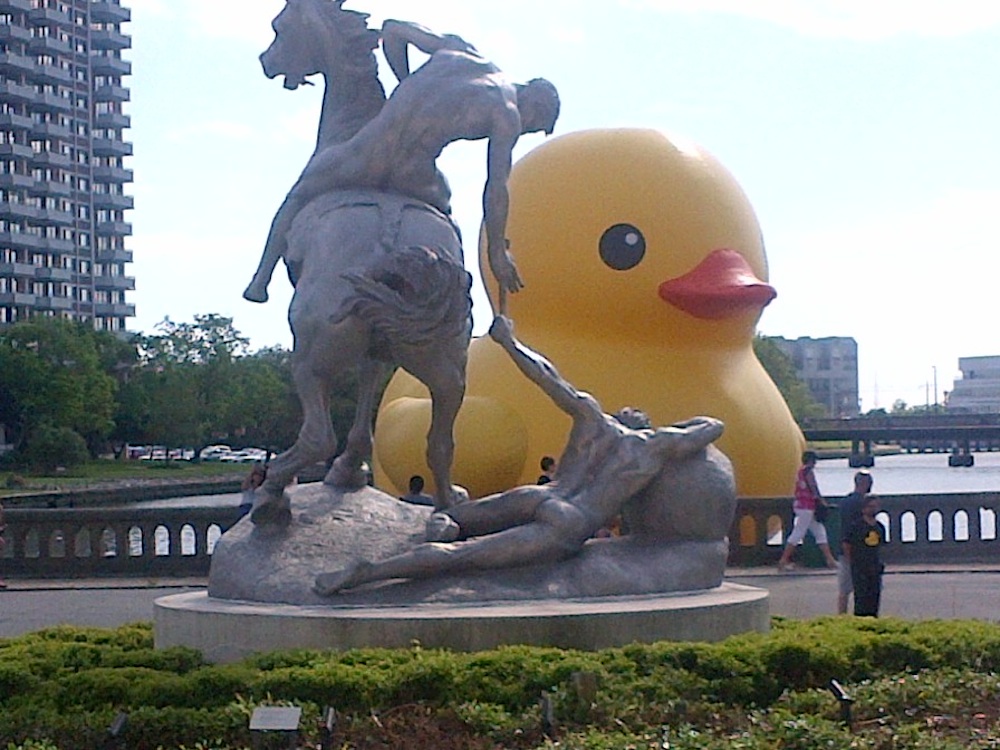 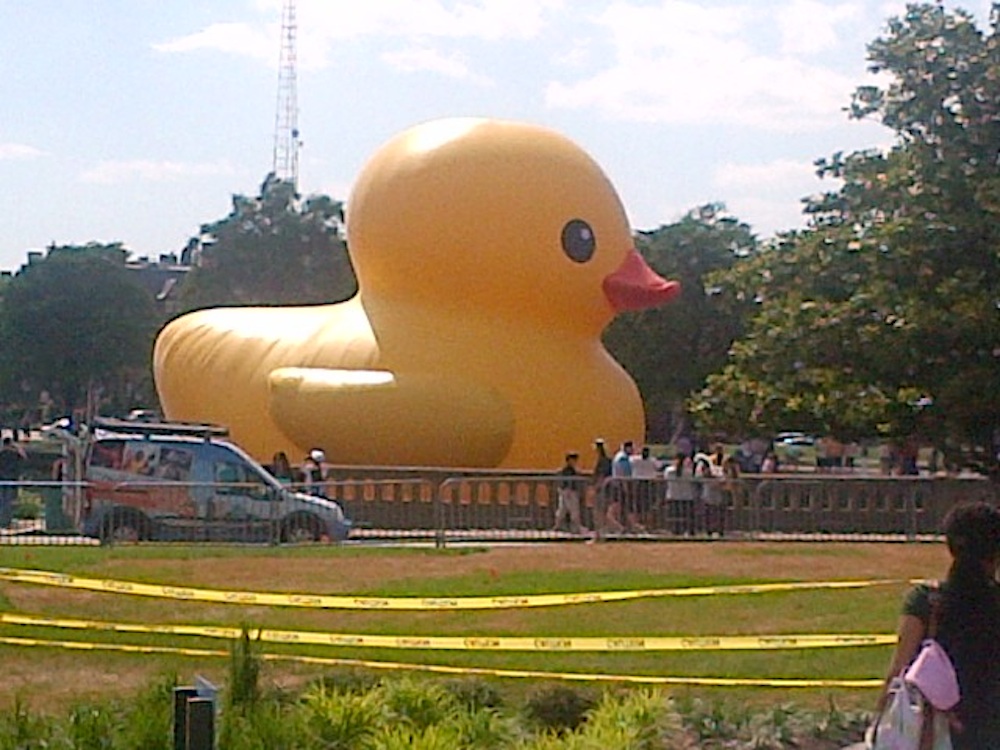 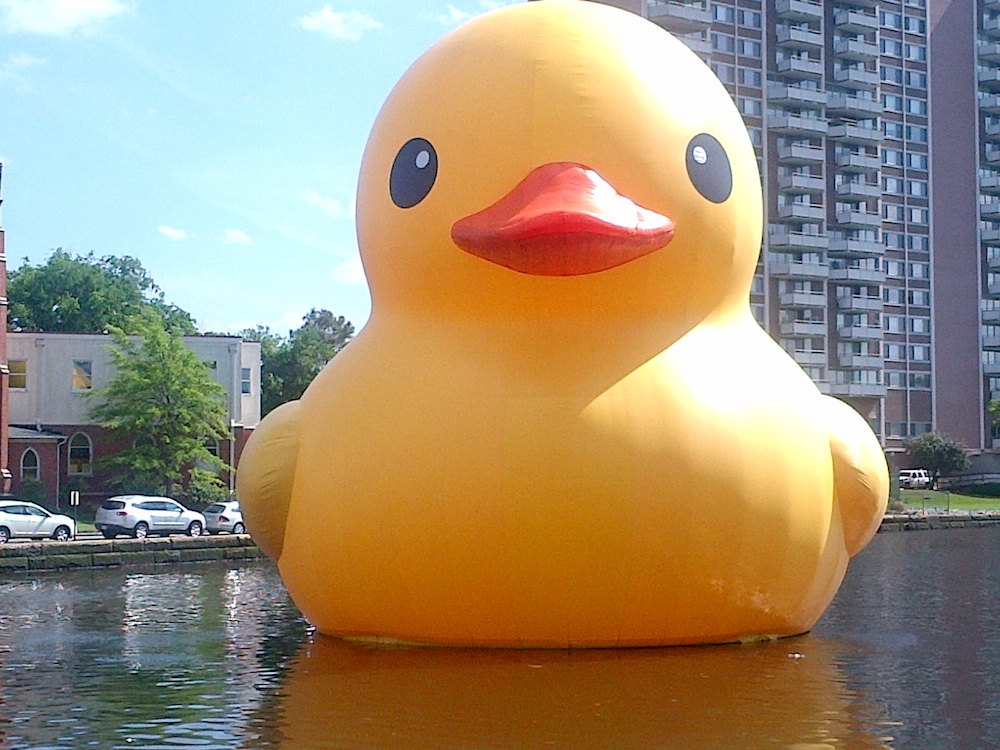 Game over man.
Game over.

2 You're safe until the Godzilla-sized Yuno comes to take it back to her tub.