Meanwhile: On Europa One of The Brickmuppet's Crack Team of Science Babes brings us a bit of unexpected news about Jupiter's icy moon Europa. 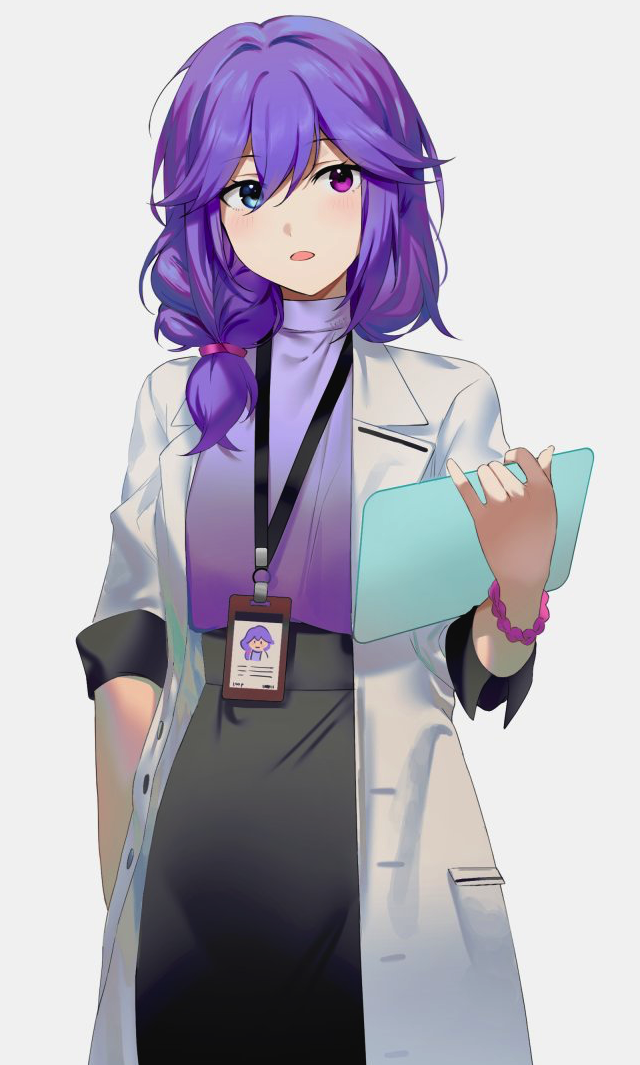 Science Babe is actually Selen Tatsuki by Loopin
It seems that NASA has been doing studies of the information gleaned from the various probes that have visited Jupiter and in the process of simulating the environment of Jupiter's moon Europa they have concluded that this is what it looks like on its night side. 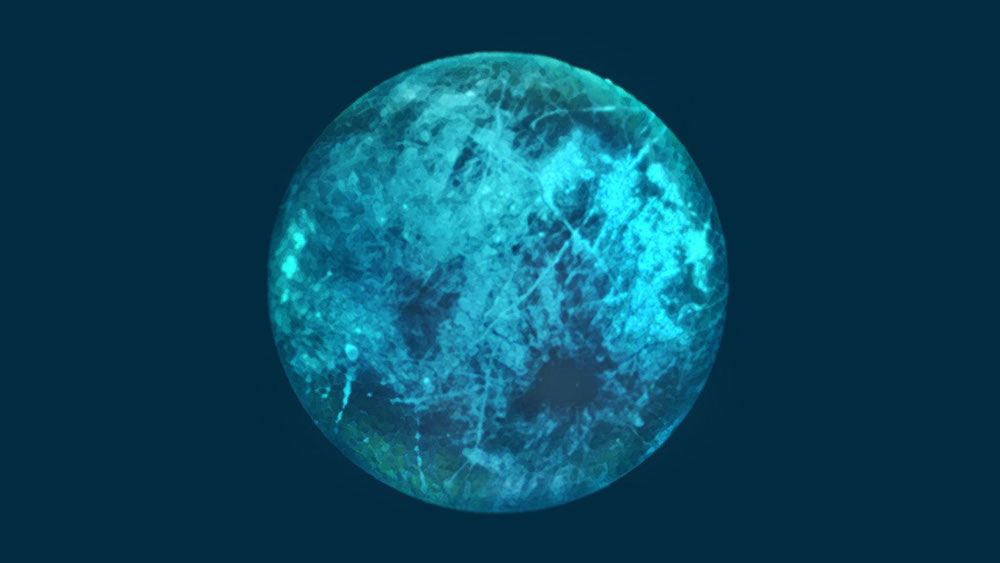 You see, the Van Allen belts of Jupiter (In which Europa resides) are so strong that the moon literally glows with Cherenkov radiation and the phosphorescence of certain salts in the sea ice.
The NASA/JPL article linked note that this phenomena has a lot of potential for analyzing the composition of Europa's ice and its subsurface ocean, via spectroscopy. However, there would seem to be other potential implications of this discovery.
Given that:
Currently, any life on Europa is assumed to be based on relatively inefficient chemosynthesis and to be dependent on discharges from equally hypothetical volcanic vents.
Cherenkov radiation is blue light, meaning it's pretty high energy visible light.
Water is an excellent ionizing radiation shield.
NASA says the sea ice is literally glowing blue, and seems to imply that this light is visible to the naked eye..
So, if the sea-ice over the ocean is, in fact, glowing in blue light, then this light could represent another potential source of energy beyond the hypothesized volcanic vents. As happens on Earth, this would only be complimented by any black smokers spewing nutrients.
Using the vast depth and breadth of biological and radiological knowledge that comes with a History degree, I find myself asking, "Can you grow plants with Cherenkov radiation?"  It seems likely, given that blue light is pretty high in energy, and that they make blue grow lights.
The ice and water should protect against the hard radiation that ultimately causing the light, so in theory there might well be a very habitable region in Europa's ocean, one where actual photosynthesis, could potentially take place. Photosynthesis is vastly more efficient than the chemosynthesis that has been postulated as making life on Europa plausible, and (rather more so than chemosynthesis) might even support multicellular life.
Additionally, life or no life, Europa's oceans might be well lit...in an eerie blue glow (dependent, of course upon the thickness of the ice and brightness of the glow).
There are a whole bunch of variables that need to be looked at regarding this, and I'm sure SOMEBODY knows if Cherenkov radiation is devoid of anything that plants need, but I'll be damned if I can find any info in the matter at the moment.
Photosynthesis aside, there is a model put forth by a Richard Greenberg (presumably, his degrees are not in history) that Europa's ocean may be as oxygenated as earth's if not more so, due to the creation of Oxygen and Peroxides created by the radiation bombardment of the icy surface.
Europa's just looking better and better for life.

1 Cherenkov radiation, IIRC, should just be an EM wave.   Under the usual model for EM waves, the frequency would be the main thing that matters.

That would depend on there being a biochemistry that can photosynthesize at one of the available frequencies.  Which probably isn't something we can theoretically or numerically calculate any time soon.

2 Yeah, Given that Cherenkov Radiation is visible and blue I'd THINK it would just be blue light  ie: fairly high energy visible EM radiation. It should be fine for plant growth, certainly if the plants evolved around it, but I'm not sure I'm not missing something in particular about it.

3 Spectral content, and power. Sun is on a bunch of frequencies. Power, by the time it hits Earth, isn't entirely negligible. So, any photosynthesis chemistry operating in that frequency range of high intensity, has enough power to support a biological process. In fact, trees etc., use several chemistries to exploit sunlight. The basic question is how much power does the cherenkov radiation output, and whether it penetrates deep enough into Europa for our otherwise undetectable life.

4 I think one of my favorite explanations for Cerenkov Radiation came in a reply to the original Can of Ravioli as a Relatavistic Weapon thread: "Cerenkov Radiation is the lightspeed police flashing their lights at you."