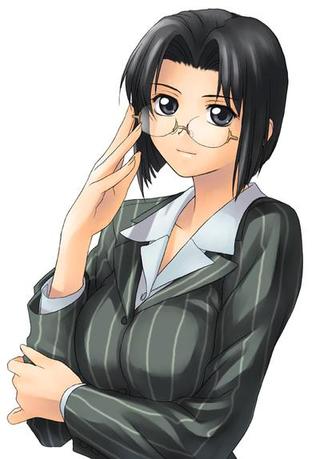 Ninja High School, for one of the Brickmuppets' crack team of science babes brings us this series of links on a recent spate of interest in external combustion applications.

Steam power, you see, has one advantage that is quite appealing in an age where the future of liquid fuel seems to be in a state of flux. Steam is inherently flexible in its fuel.

The reason for this is simple enough. The inner workings of an engine work over a fairly narrow range of tolerances. You can expand the range of fuel types in an internal combustion engine somewhat by sacrificing a bit of efficiency. In this regard the comparatively efficient Brazilian style flex fuel vehicles are a great innovation in being able to burn ethanol and gasoline which have rather different properties...yet even they are far more alike than different. For instance, you can't run diesel in a gasoline engine...it is too viscous, and you can't run gasoline (or most alcohols) in a diesel because they will explode both prematurely and too hot, damaging the engine.

In a steam engine, the engine is optimized for whatever working fluid the boiler uses (usually dihydrogenmonoxide). However, the actual fuel is burned externally to the working fluid. All that is required is that the fuel provide heat. This fuel can theoretically be any heat generating substance from buffalo chips to fissioning metal, but for practical automobile purposes we'll confine ourselves to liquid or compressed gas fuels...the only adjustment required at for accommodating a wide range of fuels from oil to natural gas is the configuration of the burner (and in the case of compressed gasses the container of course). This is orders of magnitude easier to fix than the intricate workings of an actual engine. Steam engines can be in pretty much any configuration from reciprocating to rotary to turbines, though turbines generally give lower fuel efficiency.

This might sound like a hairbrained scheme...but as I am bald such schemes have appeal to me...they also have appeal to a company called Cyclone Technologies who (via Green Car Congress), is marketing a high efficiency Rankin Cycle steam engine for cars. This particular engine has twice the horsepower per given volume of a gas engine and produces all kinds of torque. Not mentioned in the article is the time needed to get up a head of steam. Of course if your vehicle is a hybrid you can make your fast getaway from the inevitable hoards of zombies on an electric motor while your main engine builds pressure.

A less exciting idea (but still using steam) Is this BMW concept, it has none of the flexfuel advantages, but rather uses waste heat from a regular engine to run a small steam powered generator, increasing overall efficiency. This, however is a detour from the other steam powered innovations that have been mooted recently.

The German Firm of IAV has produced the Ezee engine, a steam engine that can go from cold start to full power in 30 seconds. It is also exceedingly efficient producing diesel like fuel economy! There is an APU that keeps the boiler from freezing if left in the arctic for several days, however the engine and boiler have, astonishingly, been designed to be frozen solid without damage...requiring only starting it to melt the ice and run...though this is rather likely to take longer than 30 seconds (so watch out for the ice zombies!) . More analysis of this from the heat engine department of Okyama University in PDF form here and there is a PDF of a short Rutgers University paper on steam developments and their potentials here.

As to alternatives to oil, notwithstanding my lack of qualifications in this area, I've recently declared myself  in favor of algae-generated biodiesel to most other biofuel alternatives. I say this because of their potential efficiency of generation, the energy density of kerosenes and because they are less likely to directly and indirectly impact food consumption. But whatever we eventually replace/supplement oil with, steam engines can use it and we can actually have the sort of direct competition between ethanol, gasoline, diesel, biodiesel, methanol and even natural gas that Dr. Zubrin so rightly calls for.

Note that steam cars are not at all far fetched, the Stanley Steamers I joked about in this post were real. In fact, steam powered cars were once considered a real competitor to the internal combustion powered automobiles, in part because of their comparatively high torque (for dealing with hills).

Of course these engines might have maritime uses as well as emergency generator applications and a whole range of other uses. Remember, the primary way we are able to get useable power from atomic fission is via steam...

...so steam IS the technology of tomorrow!