RWBY DVD #1 ( ...and Final Thoughts for Now) Well the RWBY DVD arrived yesterday and it's pretty decent, with a fair number of extras. 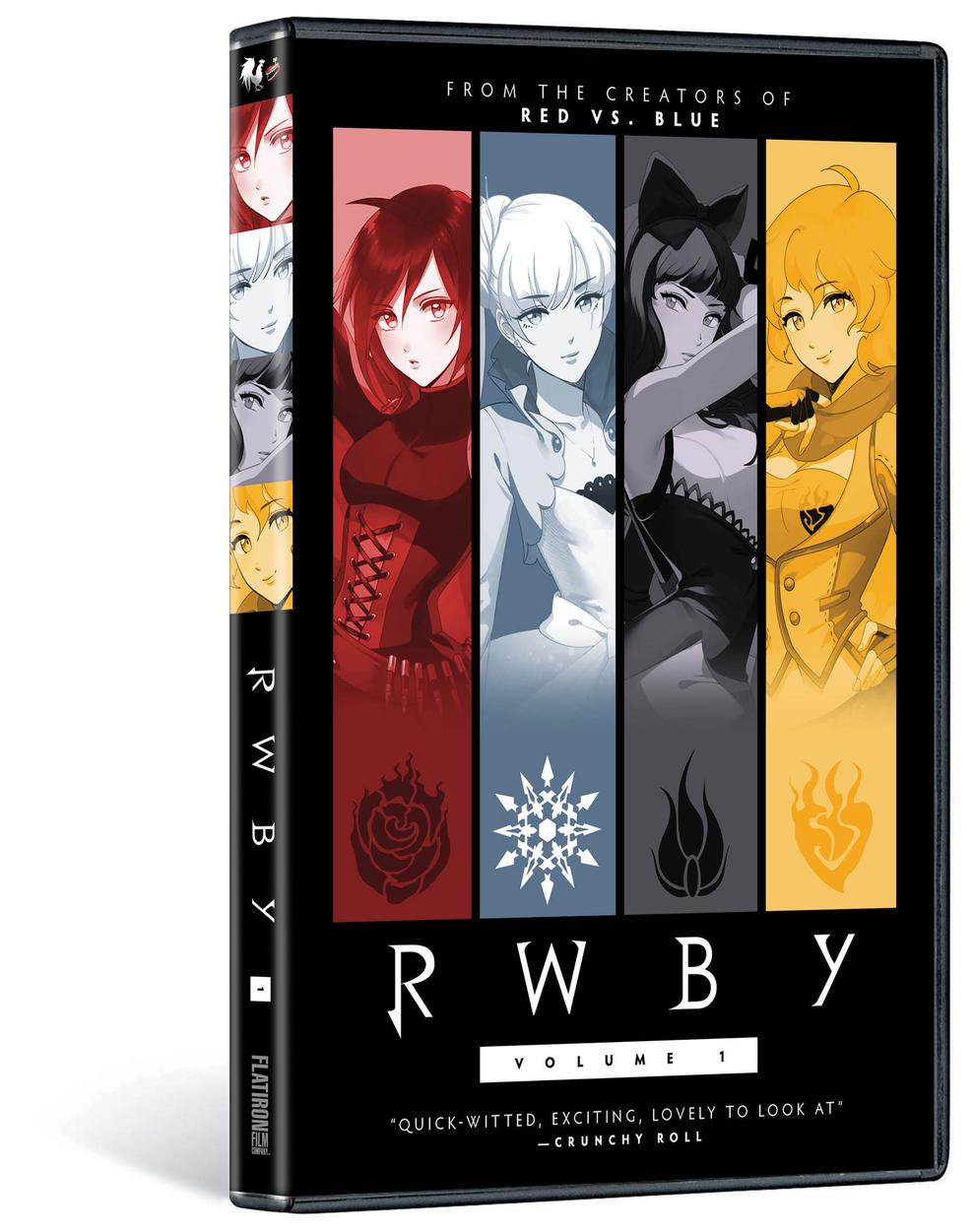 It has the option of watching the DVD as a movie or as episodes (10 episodes not 16 as webcast). I recommend watching the series episodically as at this stage it simply doesn't work as a movie. The movie has no real plot or resolution and seems to bounce all over the place with no coherent focus.

However, as 10 episodes, the series works better than either the web releases or the feature. The episodes as edited for the DVD are much clearer than the abbreviated +-5 minute webcasts in that they each tell a discrete part of the interlocking stories that compose the ongoing story; in this case, the assembly of the ensemble cast.

The episodes that deal with Weiss make it clear that as flawed as she is by her adolescent arrogance and necessarily provincial outlook, she genuinely strives to be a decent person. The fact that the show dares to touch on the fact that bigotry, while wrong, is not necessarily irrational and sometimes has two sides is a fairly gutsy move. Its rare today to be reminded that even the best of us are not immune to the darker angels of our nature and those most confident in the rightness of their views are often most likely to fall in that regard.  It's glossed over a bit by Weiss's off camera decision making, but it does set up an interesting and poignant dynamic in the show moving forward.

The fact that Blake and to a lesser extent (so far) Weiss were able to look at themselves, see themselves on the path to perdition and try to step off it into unknown territory is pretty refreshing actually.

The seemingly strange plot digression with regard to Jeaune is much clearer in this 10 episode context than in the webcasts...there was some griping that it went on for weeks, but its closer to 18 minutes. It works better in either than in the movie edit. A lot of exposition early in the series revolved around explaing basic things to Jeaune (and the audience ) in small words. The two episodes that focus on him not only explain why he didn't know basic facts, but reveal that, even more than Ruby, he's punching well above his weight. Whether this forshadows that we will be getting two parallel "journey of the hero" stories or this is just establishing a likeable background character is unclear but in the 10-12 minute episode format it works either way.

And that's the thing, this story is just getting started. This is a series, not a feature, and it is telling its story in an episodic format over time. I hope that going forward the production team will allow themselves enough lead time to webcast the 10-12 minute episodes. 12 episodes is quire common nowadays for a series so this 10 episode run is not unreasonable. I really don't think the movie format works here.

Production-wise, several of the animation bugs (like Nora's selectively invisible hammergun) have been fixed on the DVD and there is occasionally added background art detail, especially in the early episodes.

The criticisms of this show's general cheapness are not wrong, and in that regard I have been grading it on a curve, but for a show on a shoestring budget with a cast and crew of under 20 people, this is a remarkable achievement. The voice work started out decent overall and it has gotten steadily better.The soundtrack is excellent and the story is engaging enough that the series thus far is transcending its nonexistent budget.

My one real gripe with the DVD is that the two most important pieces of info were missing.

1:When will the series resume?

2: When will the full soundtrack be released?

Alas, when ones greatest complaint is that one wants more, it does not indicate that the production staff has actually erred.

UPDATE:  The answer to question two is NOW.
Alas...
The remix of I Burn with Lamar Hall degenerates for a moment into a profanity laced rap that revels in...well, slaughtering and burning people.
For a show that has otherwise been pretty kid friendly this is a bit disapointing and the lack of an "explicit" label on the track is poor form.
OTOH it's an MP3 so removing that one track is cake. Still it could sneak up on people driving through Virginia Beach with the windows down...unaware that they are about to violate the local anti-profanity ordinance.

In general the vocal portion of the soundtrack is neat with a sort of retro 80's feel...by way of rock, disco,by way of J-Pop and occasionally diabetes...it's hard to describe, but Vince Di Cola comes to mind. The BGM is pretty epic.

Note that while the 'radio edit' of I Burn contains the word 'ass', it makes up for this by managing to work the word "Super-Saiyan" into the lyrics.