A Certain Irksomeness Since the content below the fold can be nothing but a horrible, horrible warning, we decided to post some positive words to live by above it. 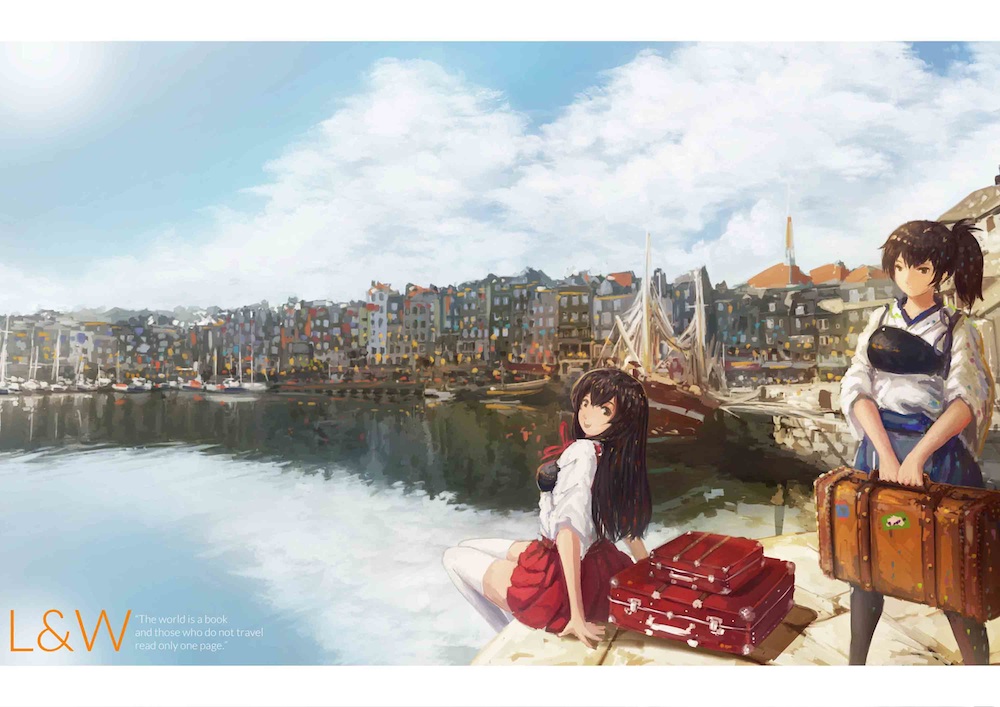 Kaga,  Akagi and wisdom by Kuon
Well...
Over the last few weeks, but especially over the last couple of days, I've been getting letters in the mail. They contained medical bills. While I was previously quite happy with my insurance, It seems that, despite assurances that my new insurance plan at work is substantially the same, the fact is that...I've been Grubered. This on the heels of the car repair bills leading up to the explosion of said car and the lost work due to mishaps, some of which incurred the medical bills and (they raised the tolls on the tunnels) a 228 dollar toll fee have resulted in what ought to be short term financial angst.. I've paid the tolls, nearly all of the medical bills now and a good chunk of the tuition. I have made arrangements with the school and while I owe the school money, I'm only in arrears a couple of grand. However, as my tuition appeal seems to have been denied it is NOT prudent to incur more debt by taking the summer classes in which I'm enrolled.
So with heavy heart I went and dropped the two classes. I have to take a class next spring anyway so three won't be an issue. I'll apply that two grand to paying down the tuition an credit cards and all will be....
Oh wait....
I have a lock on my account...because I owe the school money...so I can't drop the classes...that I can't...afford...
...I can't drop...
...This is...
...grrglwarggh...
...
...
OK. It is important for a gentleman to comport himself with a certain aplomb. However, this imaginary cartoon girl need not be so constrained by propriety and has captured my inner monolog quite accurately.

In any event, having been informed that this situation MIGHT be rectifiable by the individual instructors, I contacted them via E-mail.
It is a sad commentary on today's society that my instructors commented that they were pleasantly surprised at my use of professional greetings, complete sentences, punctuation and proper use of the words interregnum and Kafkaesque. Even more vexatious however, was the revelation that adjunct professors can no longer remove students from their class if there is a hold on their account.
This young lady, by virtue of being a cute girl and imaginary is able to express what I was thinking at the time.... 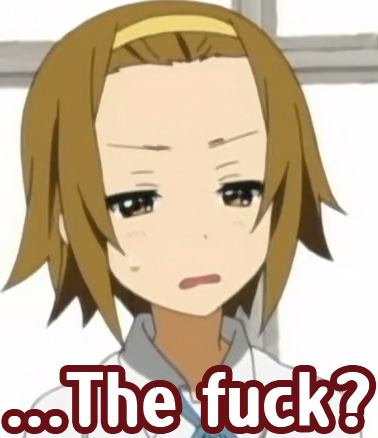 I mean seriously...
I'm really, really, really, at a loss for words at this point.
I'm still persuing the matter, but tomorrow is the drop deadline so confidence is not high. Thankfully, I was carrying no debt before this so I'll be back in the black in a few months. This is, let's be honest, something that falls into the category of "first world problems", but it's annoying as all get out that I may not be able to drop the summer courses (which would let me work double shifts). This sort of thing could truly screw mightily with any student of lesser means than me, which is most students actually.
So kids, be careful. If you go to college, be advised that there is a better than even chance that you will discover that

My girls are 14 and 12.  I don't even speak of college anymore; just trade schools or marriage to a guy with a trade.

You've no 'donate' button on your site.  That's one way to fix 1st world problems.  I know that "charity" is a dirty word for those of us old enough to have pride, but caritas amongst us of the Remnant is another thing altogether.

2 Crikey. Sometimes it's not good to be wanted.

3 First world problems only affect the first world. You are talking about debt and bureaucratic obstructiveness and I am lead to believe they are fundamental properties that pervade the whole universe. Keep pushing and you may be able to resolve it.

4 I would not even bother with instructors, call the Reg/Adm office.

5 Yeah, my next stop would be straight into the Registrar's and/or Bursar's.

Yeah, my next stop would be straight into the Registrar's and/or Bursar's.


That was my second stop (after the attempt at online withdrawal).
Step FIVE was to go to the Old Administration Building and ask to speak to anyone named "Dean". That seems to have worked except that it appears that I'm still being billed for the classes. IIt seems that Dean is almost as cool a name as Maximilian.


I think the most profound difference between the US and Australia is not the lack of taipan funnel sharks over here, but rather the fact that Pixy did not have anything to say about "cultural appropriation".
Australia rocks!

8 "That was my second stop (after the attempt at online withdrawal)."
Argh.  Well, I guess I'm glad you got a resolution that isn't horrible?
The one time I found myself in a literal Catch-22 situation (Registrar:  "Can't have your class schedule without a copy of your bill".   Bursar:  "Can't give you your bill without a class schedule") I managed to deal with it by asking to talk to the Registrar Dean, too.