Nike Ajax Missile Battery N-75 By the late 1940s, faced with the fear of a Soviet bomber force that could deliver nuclear weapons, the US Army embarked on a crash program to develop anti aircraft missiles for continental air defense. This was the Nike program and the first operational product of that missile was the massive and cumbersome Nike Ajax Missile.  Despite its WW2 era radars and punch card electronics it proved quite accurate against subsonic bombers and was rushed into service defending US cities.

One of the most important strategic points guarded by the system was Hampton Roads region, which, despite its largely rural demographics at the time, had the countries largest Navy Base, a huge Air-Force Base and the enormous Army Logistic Center at Fort Eustis.

The Nike Ajax was a massive, complex missile that  had two stages, a solid rocket booster ans a liquid sustainer that was fueled with kerosene and red fuming nitric acid. It used cumbersome radar and radio command guidance. It required a huge support crew and the missiles had to be hangared like aircraft. Guiding the weapons was manpower intensive too as the weapons had to be basically flown to their targets and data from several different radars coordinated with the radio commands.  To this end three little forts were built in the farmland  surrounding the Hampton Roads, one in Kempsville, one a station code named Patrick Henry and one cut out of the forests of Isle of Wight county....today that last one N-75 is the only one of the three remaining and it is one of the last surviving and best preserved of the mass produced Nike Ajax sites in the country.

In the early 1960s the Nike Ajax gave way to the nuclear tipped Nike Hercules which had much greater range and could handle supersonic bombers. In the 1970s, the station in Isle of Wight which was never upgraded to take the newer missile was decommissioned. Several years ago it was handed over to Isle of Wight County. 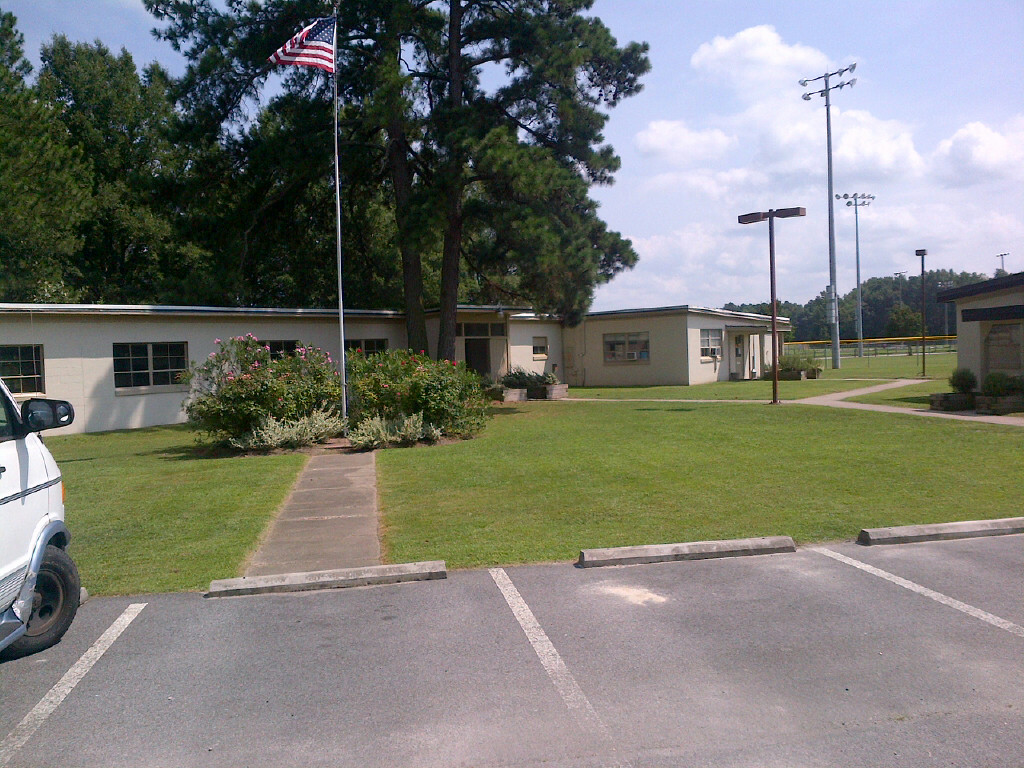 All of the original support buildings, except the guard shack survive. One of the three missile magazines has been covered with a skateboard ramp. but the bunker itself is unmodified. Even the flagpole is original. All the buildings are pretty much as they were in the 1950s except the guidance building, which had had all its electronics removed when the facility was abandoned. It is now a home for senior citizens. Even the off base housing survives...The Nike Park 'subdivision' consists of a dozen or so houses built as dependent family dwellings next to the administration buildings....a necessity for the integrated Army units in the then segregated south. All the dependent housing is intact, though they are owned by civilians now.


The barracks building has the original cots stacked and the only major modifications have been replacement of the asbestous insulation on the steam pipes with fiberglass and blocking off with plywood of two stalls in the latrine to create a ladies room. The barracks are used as a community center now. 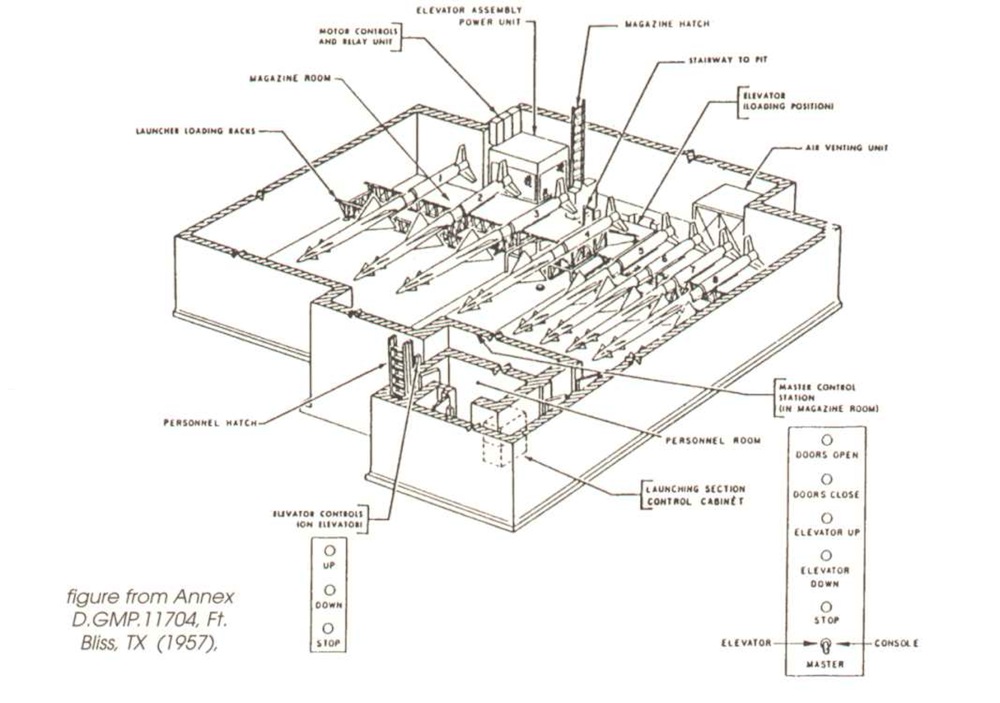 Station N-75 had three hardened underground missile magazines, each holding 9 missiles. The metal blast doors have been paved over but these people standing on the platform give an idea of the scale of the missile. The doors would open inwards and a single missile would rise up.

The magazines themselves were recently opened, found to be flooded and drained. They are in remarkably good condition despite the water damage. Most of the machinery is still present. Due to the ADA, a total lack of handicapped access prevents tours of the magazines at this time. However, the Isle of Wight history museum is trying to put together something along the lines of a monthly 'hard hat tour'.

That latter is problematic as according to our guides,  there is a lobby in the county to get rid of the site along with some of the old civil war sites that attract re-enactors. Recent arrivals in the county find such things gauche and unpleasant. A 1950's missile base is not something such people wish to be around either.

For now however, talk of demolishing the facility is just talk. It would take money the county doesn't have and the former missile maintenance and refueling shop houses the county vehicles. The buildings are useful as is and the talk has engendered something of a backlash.

The former base itself is called NIKE Park and in addition to the dubious enticement of the skateboard ramp, has ball fields, a boat ramp and picinic tables.

Guided tours take place once a month and info on them and several other guided tours of historic places in IWC can be found here.

1 When I was a kid I remember seeing 2 or 3 Nike sites on hill tops as my parents drove around the city of Milwaukee.  They may have already been shut down at that time (late 1960's), but they still had that ugly pale green paint scheme.  As I understand it, SE Wisconsin was a major tool and die manufacturing center back then, and was considered to be a major strategic target at the time.

2 A couple of years ago I was out in Az and got a chance to get a tour of a restored Titan Missile silo.  Very cool seeing the facility.  If your out near Wright Patterson, I highly recommend it:  http://www.titanmissilemuseum.org/