Well. THAT Was an Odd Glitch For those of you arriving late the front page just filled up with  duplicates of a half typed post title.
Anyway, the President just gave his speech and by Trump standards it was  reasonably short on the hyperbole and such. Between sniffles and wheezes he laid out several things being done to deal with the current crisis, among them being a rather belated set of restrictions on travel to and from Europe and pending financial assistance for those ill or caring for family members with the virus which is intended to prevent people from going to work sick.
I think the big takeaway from this will be the sniffling and wheezing though.

1 Meanwhile, most of the House Democrat caucus decides they really want to let people from the PRC and Iran to travel to the US, no matter what else happens.

An Unusual Source of Protein
Scientists examining a meteorite think they have discovered a protein inside it. This is significant because, while amino acids have been found in space rocks, proteins had not. The researchers are reasonably sure that the protein is not due to terrestrial contamination due to its isotope signature and the fact that the protein is like nothing ever seen before.

The hemolithin protein found by the researchers was a small one, and was made up mostly of glycine, and amino acids. It also had oxygen, lithium and iron atoms at its endsâ€”an arrangement never seen before.

"Hemolethin appears to be a new word invented just for this protein. but that's not NEARLY as important as the validating fact that one actually CAN find protein in space!" 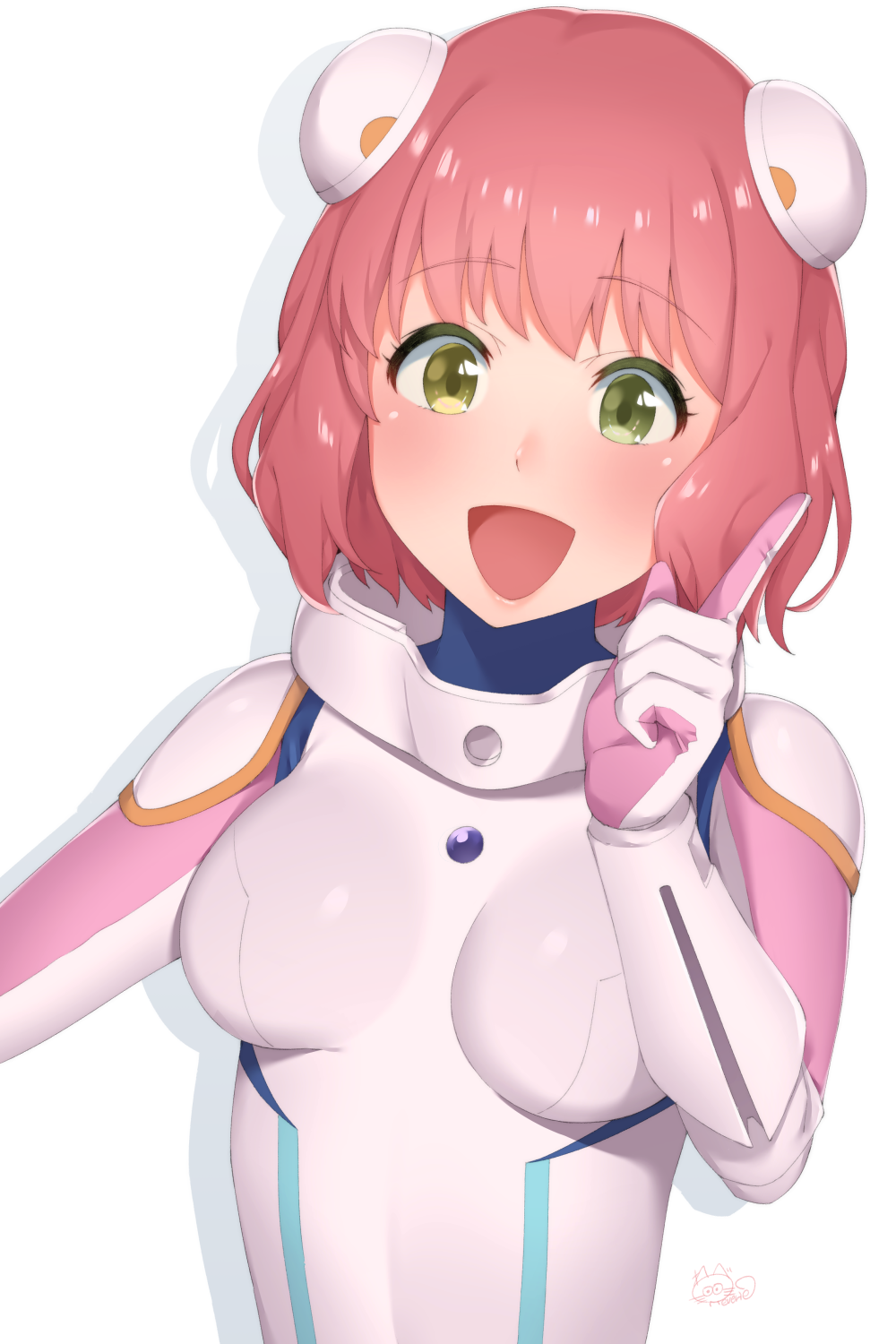 Kanata no Astra's Aries by: Reverie

1 Extraterrestrial proteins being discovered at exactly the moment that a highly infectious virus is sweeping the globe seems like excellent grist for grade-Z science fiction movies.

Science Babe Doing Science Things ...with varying degrees of utility.
Side effects may include blunt force trauma, forrest fires, suicidal thoughts.
Seriously, would you buy underpants from this woman?

A List That Ought to Be Shared Far and Wide
Deep in the heart of Coronaville , it appears that Uyghers are being trucked in from their "re-education" camps to staff the factories in the plague zones that are either unsafe to operate due to contamination or have massive numbers of people out sick. The purpose of this appears to meet government mandated targets for production in an attempt to rescue an economy hammered by having its workforce immobilized by this disease. Of course if members of a demographic that the CCP is trying to exterminate are infected with a deadly pathogen, then, (presumably) they won't be required to be trucked back to the concentration camps. As far as the CCP is concerned, "two bats, one stone".
As vile as it is, this situation is actually worse than that.
The utilization of these people in the disease wracked regions is a current expedient, but it turns out that this pool of 80,000 or so workers has been used as a sort of slavery temp service since at least 2017.Long before COVID19 was unleashed upon the world, this cadre has been used by various firms to round out the labor pools at factories that include those of western companies set up in China.
This practice has been noted in a in-depth report by The Australian Strategic Policy Institute a PDF of which is here. It gives extensive citations regarding the practice and helpfully notes which companies have been taking advantage of this abhorrent service.

Leading Indicators of the National Mood
I spent about 55 bucks apiece on virtually identical items I bought myself and my family in 2018-19.

That screenshot is actually from the 27th. As I type this, this whole category is largely sold out or won't be delivered until mid-March at the earliest.
20 pound bags of rice are still available for around 20 dollars though pinto and kidney beans are now running about $50-$60  for a 20 pound bag.

1 Costco is a carnage right now. They are out of TP, paper towels, purified water, oatmeal, and canned meats. Low on spring water, about to run out.

2 Some panic buying at my local supermarket too, but not so much that they'd actually run out of anything.  Unless you wanted a specifically sized pack of a specific brand of toilet paper.  (I was only there for a gluten-free chicken nugget fix, but I grabbed a dozen rolls of TP as well when I saw stocks were low.)


But bottled water?  I mean, as a general prep thing, sure, you should keep some on hand.  But it's not something you need for Corona-chan.

My favoured food to stock up on is microwave rice, because it's fairly cheap and keeps for nearly a year and at a pinch you don't even need to heat it up.  The shelves were packed full of it even with the locusts running amok in the TP and bottled water aisles.

3 I am a hamster by nature and I am now feeling rather relieved that I have so many canned goods on my shelf. A couple weeks ago I invested in a 12-pack of the smoked trout in cans I like, and I have lots of canned beans. (Canned beans are still edible, if not that palatable, if the power is out).

I went out Saturday to the big Target. It was well-stocked and  surprisingly empty of people and even the checker commented on that - especially given it was a payday Saturday. But now I have a great big thing of loo roll (which will last me a year) and tissues and enough laundry detergent.
My corona plan is to just stay home. I presume if it hits my region the university will just close for a couple weeks and I can sit in my sewing room and make quilt tops and listen to stuff on my smartphone.

I cancelled my spring break trip to go see my mom, out of an abundance of caution but also because we're in position-interviewing crunch time and I will be putting in a string of 14 hour days next week and I think rather than traveling I will just need to sleep through spring break.
And I'd feel absolutely horrible if I caught it and passed it to My Only Remaining Parent.

4 The only thing out of stock at my local stores is hand sanitizer, but they all had wipes and alcohol prep pads. Safeway had a few pallets of bottled water on display, but they weren't being bought in panic quantities.

The thing I'm watching for is news about the homeless population in San Francisco, the closest thing we have to a third-world sewer. If the thousands of drug addicts eating out of Chinatown dumpsters, sleeping on cardboard, and crapping on the sidewalk aren't dropping like flies, the rest of us will be fine.

5 Right now it's almost all old folks in a nursing home in Kirkland up here who have died.

Also, you have spam.

Also, you have spam.

Yes. I try to be prepared. I have quite a bit of it. It keeps forever after all and is energy dense.
Oh wait.

All That and a Bowl of Grits On my iMac, for browsers, I've got Safari, Opera, New Moon (A mysterious Macintosh fork of Pale Moon), Epic, and Vivaldi. All have good and bad points. Now I've loaded Brave and it is better than the lot of them. It's closest to Epic in concept and execution, being a "privacy browser" based on Chrome, but it seems rather more polished and is independently verified to be about as private as advertised.  I'm not sure, but I assume given that last fact that Brave would also get maximum utility out of one's VPN.

Anyway, I'm very pleased with it. The only thing it lacks is a cute personification avatar. But we can rest assured that when it comes, it'll likely be a catgirl.

UPDATE:
My curiosity has out argued my skepticism so I've tentatively activated the Brave Rewards option and will keep you appraised.
UPDATE 2: Well. THAT'S annoying.

Oh
Musk's second test rig for his giant rocket met the same fate as the first, bursting during a pressure test.

Well that was demoralizing.

Let's see if one of the Brickmuppet's Crack Team of Science Babes is ready to throw in the towel on Starship. 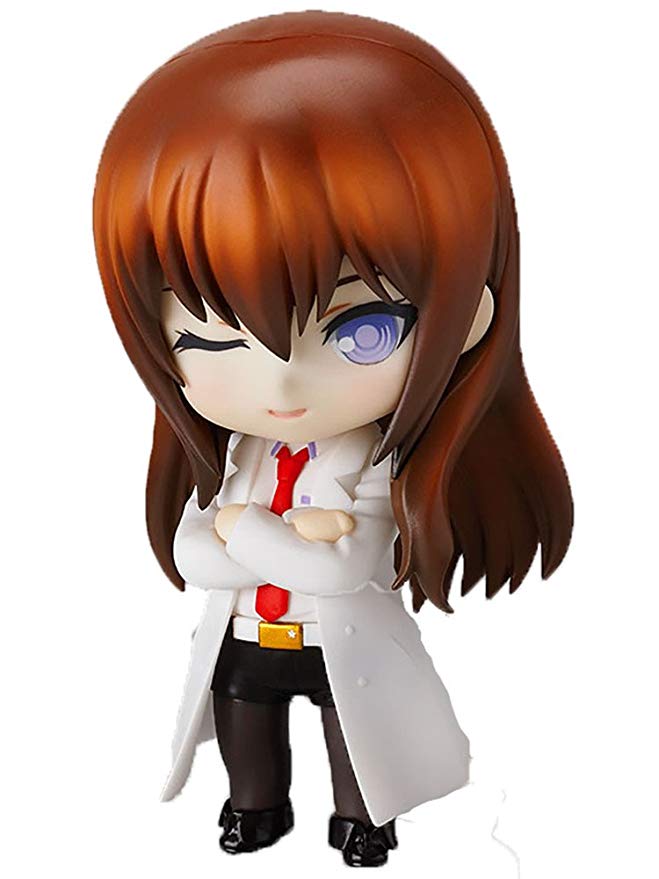