And Then More Stuff Happened Apologies for two consecutive posts concerning the banality of my Walter Mitty lifestyle. Here, as partial compensation is something pleasant by Sukabu. 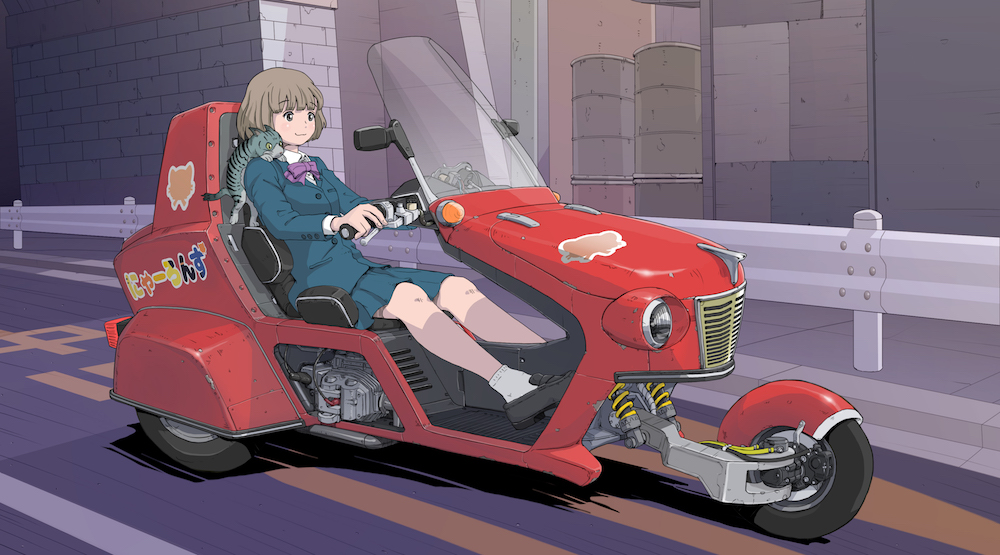 Additionally, Sukabu still has a Tumbler page...somehow...Infer what you will from that statement.
It's been a hectic couple of days.
Last week, with my advisor still stuck in China and virtually all classes filled up, I talked to the Dean of History who graciously agreed to unlock my account and allow me to enroll. I spoke with another advisor about a 6 credit discrepancy between my transcript and the DEGREE WORKS planning tool and between him and the Dean an hour was spent trying to determine what the heck was up with my records. Eventually I was sent to registration with a help ticket. In the meantime, I enrolled in two classes, and hoped that they would be my last.
My parents came up to visit as my niece's  birthday was over the weekend. While I was out, my mom decided that nothing that I owned was in the right spot and relocated them accordingly. I only found my jacket Tuesday.
Today was my first session in that class that I'd somehow failed and am repeating. So today was the first time I'd seen the professor since the spring.
Class was much like I'd remembered it, and after it was over, I spoke to my instructor to make an appointment to go over that final paper and find out where I'd screwed up so spectacularly. In the course of the conversation I learned a few things.
The professor in question does not give out a lot of A+ grades on papers and for this reason it stood out in her mind. This made little sense to me given that I'd also gotten a 112 on the final and an "F" in the class. The professor was also perplexed to learn that I'd flunked the class, since her records and memory did not agree with that. Some quick perusal of the records revealed that the computer had overridden the actual grade with an "F" because...reasons. Anyway, I didn't flunk that class after all.

As I'd already made an appointment with my advisor for this afternoon I went to E-mail her my change in status (which will take several days to propagate through the system) and lo and behold the DEAN of registration had just sent me an E-mail.  They'd found the discrepancy. It was a class from 1989 that I was getting credit for despite having taken it again in 2000. 100 level STEM classes no longer count after 7 years and no longer count as prerequisites. When I was an Oceanography major I took the early classes several times before giving up and switching to History...when I lost 30+ credits and it became obvious that it would be next to impossible to get a STEM degree going part time, particularly skipping semesters as I was. UPS was not a job I could walk away from.
Anyway, after going through my records with a fine toothed comb and dealing with FORTRAN or whatever it was that records were written with in 1989 The Dean of Registration informed me that, including the Kanji class I'm taking, I would have at the end of this semester...119 out of 120 credits.

This 2-D co-ed provides some insights into what was behind my stoic visage at that moment.
I sent all this info to my advisor and after meeting with her she put me into another graduate level class because there is literally NOTHING available this semester that is applicable that I haven't already taken. I got the LAST available seat.
So I'm now technically in the exact same boat I was this morning.
Taking 2 classes.
Except I now don't need to regularly attend one of them, I soon won't have that F on my record, The Dean of Registration has already certified my transcript to this point so no further surprises are likely and my re-application to graduate should be processed by next week.
On the other hand, I've learned that progressive trifocals are truly obnoxious
On the gripping hand, after running the full length of the campus twice I ducked into a McDonalds to avail myself of their restroom and noted one last thing which properly concluded the day. THE McRIB IS BACK!

3 The "computer" overwrote an "A" with an "F"? Not that it matters at this point, but that's either one hell of a bug that's likely affecting hundreds of students, or someone is fibbing to you.

4 Yeah, that's a bogus explanation. Reminds me how one assistant professor in my wife's department was fixing to get a tenure. So other professor broke into an office (I don't remember if Dean's or some clerical office) and trashed the assistant's file with all the tenure docs.

...that's either one hell of a bug that's likely affecting hundreds of students, or someone is fibbing to you.

It might well have been a PEBKAC error of course, something as simple as clicking on the wrong icon in the rush to turn grades in before deadline.
However,  I THINK that what happened is that the computer system now automatically assigns a grade of "F" to any class that was marked as "Incomplete" and this has to be corrected. There may be other issues as well. For example, it's possible that if a person in a class with a strict departmental attendance policy is given a waiver because of, say, a doctor's note, the actual attendance figures might cause the system to override the teacher's waiver without additional steps being taken on the instructor's part. Both situations would have applied to me in that class.
The school has had various "issues" with its IT upgrades for months.

There is circumstantial evidence against the PEBKAC theory; Yesterday, when I went to registration to get entered into my new class (which, as I'm an undergrad, required a waiver) I asked if THEY could see my change in status (I sure as hell couldn't). The young lady in registration who was helping me said it wouldn't be visible for a day or so, but she also mentioned that this was not a unique issue and that she'd been in the same position previously. I inferred the conversation that this was a not-unheard of situation. I don't know WHAT is going on, but I suspect (albeit with no hard evidence) that the root cause is someone in the administration with micromanagement tendencies.

6 At the university I teach at, incompletes become Fs after one calendar year. And it requires moving heaven and earth on the part of the prof to undo that. (I had a student once with a SERIOUS, and I mean SERIOUS health problem, who couldn't come back within the year and....well, he finally completed the class but I will note the then-Dean made *me* cry in her office with all of the rigamarole about what I had to do (she was also quite rude to me)
It's also totally possible, at least in today's grade-entry systems, for a professor to fat-finger the wrong grade. I've done it. Fortunately, not often, and the student usually e-mails me to go "this can't be right, can it?" (I have an online gradebook so each student should be able to look up what they are earning). If they let me know within a couple days, it's an easy fix. Longer, it's a bit more complicated but not hard...
it's entirely possible you F is an F for fat-fingering...

7 Hm. It's certainly true that "the computer made me do it" is usually shorthand for "that's the way the bureaucracy is set up to work oh god are you going to make me go in there."

The true a**holes of the world are the ones who want a computer system to make irrevocable changes. The entire history of computing is is trying to get AWAY from that. The computer is meant to be your friend, not Friend Computer. 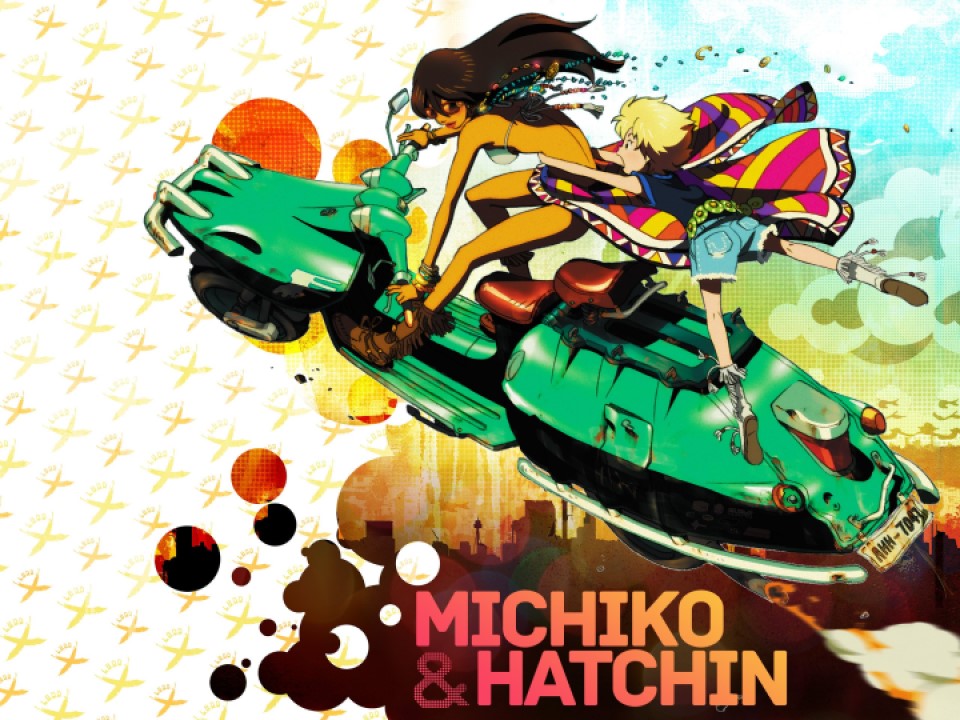 10 Yeah, that pretty much encapsulates it Pixy. Badass thug-girl in a fictional Brazil-like country who's not as smart nor as badass as she thinks she is, but gets through on pure oblivious stubbornness. Rescues her kid from rotten foster parents and searches for the father while the girl tries to talk sense to her.