When Politics and Anime Converge By far, my favorite cartoon as a child was a show called Star Blazers, the American version of Space Battleship Yamato. It was animated to 1974 standards and so does not have the following today that its story, characterizations and excellent soundtrack would normally warrant*. A remake was done a couple of years ago that was absolutely superb. However,  it really went full fan-service with some of the female uniforms  (or were they tattoos?) to such an extent that the show was not given the wide U.S. release originally intended.
More importantly for the purposes of this post, the remake lacked this particular scene.
The background here is that the villain, Leader Desslock of the Gamilon Empire, has gotten tired of his galactic navy being roughly handled by the hero's spaceship, the Argo. When our plucky space adventurers (unwittingly) pass within tractor beam range of the Gamilon imperial capital, Desslock decides it's a really good idea to drag them into his home planet's sulphuric acid sea and pound them with all the planetary defense batteries one might expect to be set up at a galactic imperial capital. This is overkill to be sure, but not entirely unreasonable given that the Argo has been a preternaturally tough nut to crack. Obviously an epic battle ensues and umm...
Anyway, then this happened...
Which brought to mind this little on air bit of fun from Rush Limbaugh earlier in the week.
Here Rush, who thought it was a really good idea to throw out a big swath of conservative principles to back a shifty real estate mogul who promised to never waver on one particular issue reacts to the morning paper and , ummm...
Anyway, then this happened...
I've been called a cuck, a fool, a traitor and a snob because I not only pointed out that Donald Trump is a dumpster fire of a candidate, an affront to reason and not someone we want the movement associated with, but that every promise he makes has an expiration date.
This is not in any way meant to support the corrupt, totalitarian, corporatist harridan or carbon taxing, statist,  first amendment skeptical "Libertarian"(WTF!?) that captain comb-over is running against, but as I sit here in our smoldering national handbasket trying to ignore the ear-popping from our rapid decent, I am going to take a moment to savor the schadenfreude of this development...and ponder the admittedly silly notion that Trump may in some small way live up to at least one of his supporters hopes.... 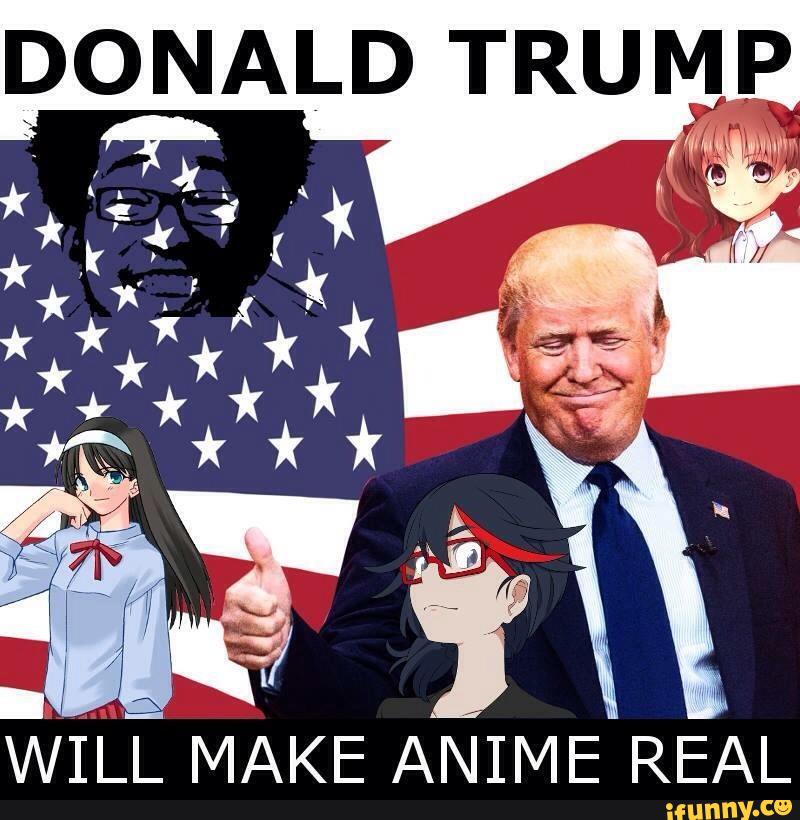 1 Re the uniforms in the re-make. Yeah, I'll get to that. I just spent a week with my computer trying to get it back into shape. Still not completely done. One thing I was never able to find was the Perineum-cam shot of the nurse, but then, her uniform has a skirt. But there MAY be one of her space suit.... Still, it looks like she was the only to to escape that treatment.

2 Star Blazers! Wow, that brings back memories of watching the whole first, and I believe, second seasons (Comet Empire story line) during summer vacation between the first and second grade, 'cause it came on about 9:00 am on some UHF station in the early 1980s. What an awful time slot!

I only knew about the show's overseas origins because my mother was an incorrigible reader of TV and movie credits. It's only been at some point in the last ten years that, thanks to the magic of the internet, I have actually heard the original Japanese version of the show's stirring theme. But for once, the U.S. dub of a Japanese original wasn't half bad, and it didn't stop the schoolboy version of me from running around the neighborhood, singing, "Evil men with evil schemes / They can't destroy all our dreams!"