Well. This is Intruiging...
One of The Brickmuppet's Crack Team of Science Babes points us to this article on Lockheed Martin's concept for a fusion turbine about which there is more here and here....
She also has some reservations. 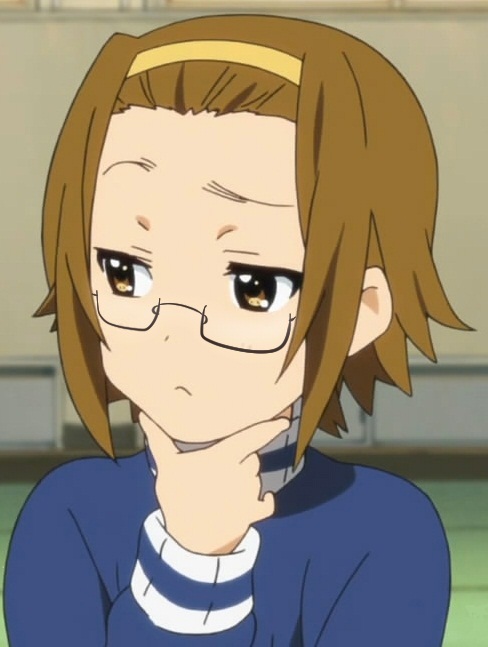 "I'm not sure I can trust any scientist who isn't wearing a  proper science shirt."

2 I'll believe it when I see it. Fusion has been "just around the corner" since I was a kid.

3 Yes, but it's always been twenty years away, now it's five so there has been progress with regards to the hype.

4 I cannot believe you guys have already forgotten the last time LM promoted CFR, it was only a few months ago!

As much as I can tell, they haven't released any new information, in particular how to protect the coils that are inside the neutron blanket.

5 Also, I hope everyone realizes that they cheat by using unobtanium fuel. They want to use D/T mix. It reduces the plasma temperature by a few orders, which permits CFR to be this small. The D/T fuel can supposedly be produced by irradiating Li in fission reactors, but there's no process for it. And they depend on Uranium reactors forever, too. Note that if Tokamak people built for D/T, they would've crossed the self-sustainability long ago, too.

6 The line about being five generations from a prototype makes me suspect this is just a computer model, so eh.  I'll believe it when they have something built.

8 In the fusion course I took, my impression is that all current fusion reactors try for D-T reactions, because the cross section is about 10x larger than D-D. They want to get to where the reactors can actually work, before tackling a reaction that is 10x lower, which needs to be held for 10x longer.

Plasma temperatures in which fusion occurs should be about the same order of magnitude for each. It's the confinement of the plasma which has proven to be the main problem for fusion reactors. Even if you have closed magnetic field lines and no path for plasma to leak due to a loss cone problem (such as prior magnetic mirrors have suffered from), there is cross-field motion of the ions due to ion-ion collisions. You will only ever be able to hold onto a fusion plasma for a finite amount of time, and that time needs to be long enough that sufficient reactions happen to repay the energy you put in to get it up to temperature.

9 So, what's your opinion on the bottle confinement?

Lockheed's reactor (at least from the patent) looks like it is a magnetic mirror. I wonder if they have a solution for the loss cone problem? (It may also be that they are going for some other confinement scheme than what they are publishing).

11 My reading is, my placing the superconducting coils inside, closer to the plasma, they intend to create the neck gradient that's much steeper than ever was accomplished before. Some exhaust may actually be beneficial, because you need to evacuate Helium ions. Of course the fuel leaks as well, so... I don't have the answers.

12 I recall a documentary many years ago where one of the early fusion power researchers said his initial work was on a long, linear containment vessel.  He calculated that  if it was long enough, the amount of plasma leaking out the ends would be small enough to not affect the pressures at the center.  However, when that length turned out to be about one mile, he decided to join the ends together into the toroidal Tokamak configuration, which introduced new complexities.

I'm no nuclear physicist (I still have no idea how I passed my quantum mechanics test in college), but I sometimes wonder if that mile-long linear configuration might be worth a second look...

It would require a titanic number of super-cooled magnets. And a non-trivial number of extremely expensive vacuum pumps. A chamber that big is going to leak and outgas at an absurd rate; it would be really tough to achieve a hard enough vacuum.

I used to work on vacuum chambers at one job I had. Our chamber was a hexagon about a meter across, used for semiconductor manufacturing, and it took something like 20 hours for it to pump down to a vacuum low enough -- and we didn't need anything like the kind of vacuum that fusion would require. The cryopump we used cost something like $50K. For a chamber a mile long to do fusion, you'd need hundreds of those, maybe thousands.

14 SLAC is 2 miles long and works almost constantly, so I think worries about maintaining a vacuum chamber of such configuration are overblown - except for the cost. SLAC's budget is $350 million a year, according to Wikipedia.

15 I don't know that a fusion reactors vacuum needs to be as clean as a chip fabrication plant's vacuum. You are, after all, trying to maintain a 1E20 #/m^3 or more plasma density in the vessel, and the ion bombardment of the walls (you want it to be heavily limited - same problem as plasma confinement, but you aren't going to stop it entirely) is going to scatter wall material into the plasma. This is another reason that using light elements like Li as a blanket material to the vessel makes sense. Heavy elements like W produce contamination that radiates a lot of energy.

16 Still, one of these days it would be nice if we could push a ship across the ocean, or run a small city with these reactors. The astro-engineer in me would like to see something we could possibly launch into space.

That's not going to happen if they need to be miles long.

Our target was usually 10^-7 torr. But if we could do better, our customers were happy.

It was kind of neat watching a chamber pump down. A diaphragm pump would get it down to about 3 torr, and then we'd open the hatch on the cryopump, and the pressure would drop about 4 orders of magnitude in about 30 seconds.

(If you're not familiar with the unit, normal atmospheric pressure is about 750 torr, depending on the weather and your altitude.)

18 I'm curious how a cryopump works. At a guess, something cold enough to liquify whatever gasses remain?

One advantage of putting the thing in space is all the free vacuum.

Not liquify, freeze. The pump head of the cryo is cooled to about 20 degrees kelvin using liquid helium. At the kind of pressures where you use a cryo, the gas particles bounce around the chamber like billiard balls, and when they strike the cryo they stick.

Over time ice builds up on the cryo, so about every two weeks you have to "regenerate" it, which means closing the slot valve, warming it up to room temperature, passing warm dry nitrogen over it to melt off the ice, cooling it back down to 20K, and then opening the slot valve again.

It's a sin to "dump a cryo", which means you accidentally open it to normal atmosphere. It instantly coats thickly with ice, and then you have to regenerate it. (It doesn't harm the cryo, but regenerating a cryo takes several hours.) Someone who dumps a cryo generally takes a bit of ribbing.

The vacuums we achieved in our chambers was far harder than anything available in space unless you went out to the orbit of like Neptune...

Outgassing is a real problem. Our chambers were treated with a secret process which drastically reduced the amount of outgassing, but we still got some and that's why we had to struggle to even reach -7.

I don't think it's possible to eliminate outgassing entirely. (If someone ever figures out a way to do it, they'll get rich.)