The HOUSE OF TOMORROW! 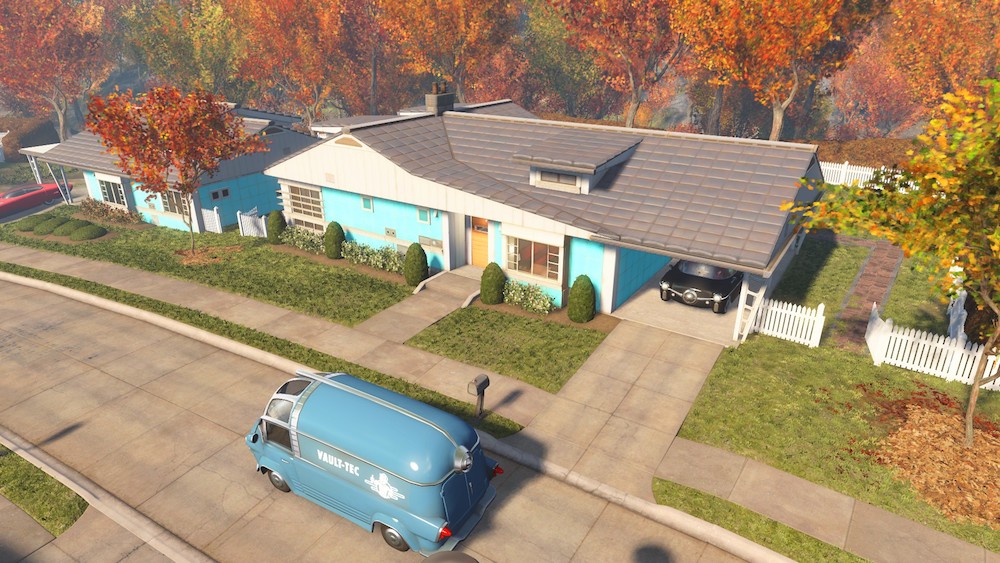 In Fallout 4 you start out in this '50's futuristic" suburban home. Depending on how you play the game it may remain your base of operations when you start your myriad adventures 250 years in the future.
Not warrantied against nuclear blast.
Interestingly, the whole neighborhood of Sanctuary Hills is based on a line of prefab housing from the late 1940s, that was really advanced in a lot of ways. The Lustrons were intended to provide affordable but pleasant houses using mass production techniques. this, in and of itself wasn't terribly new (Sears and others had offered mail order houses since the late 1890s) however the founders of Lustron had big plans. They not only wanted to provide affordable housing for the returning G.I.'s but they were anticipating the explosion of the suburbs which had been predicted (and was trending on a small scale) right before the war.
To that end they acquired a decommissioned wartime aircraft factory as part of a government grant, and started making houses out of STEEL! These were not merely steel framed, they were all steel. The idea was to mass produce these things, ship them out as kits on flatbeds and assemble them. 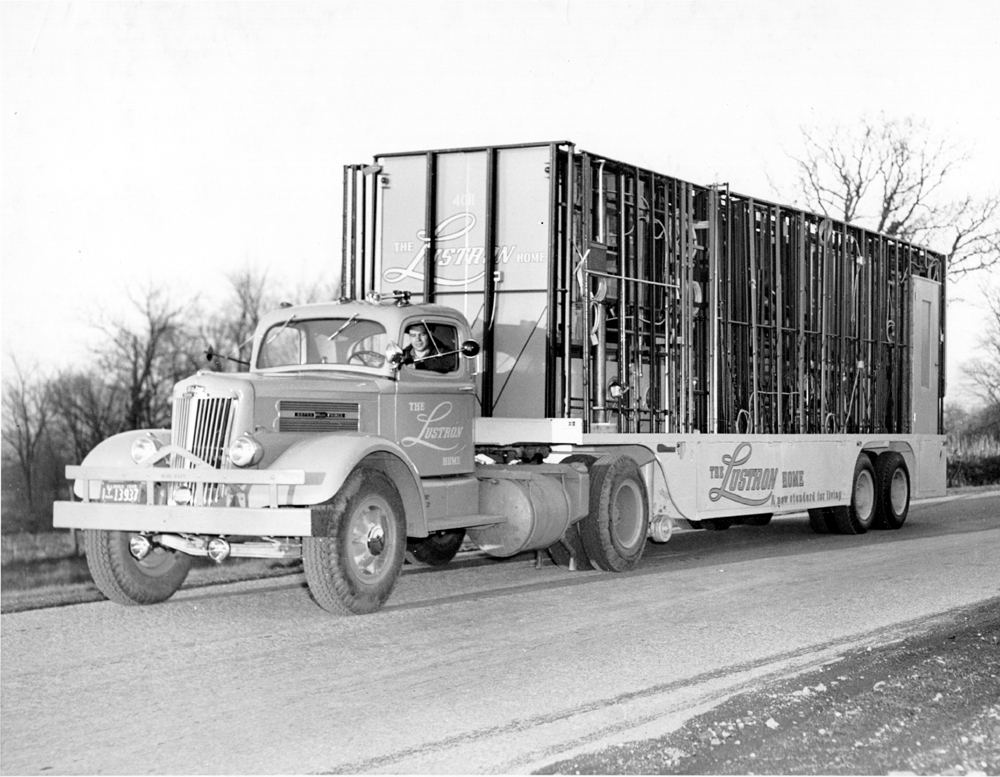 Their exteriors were enameled with porcelain of various colors and their interior walls were similar, albeit with more neutral colors and thinner enameling. One amusing feature was that there was a considerable amount of integral shelving and fixtures. 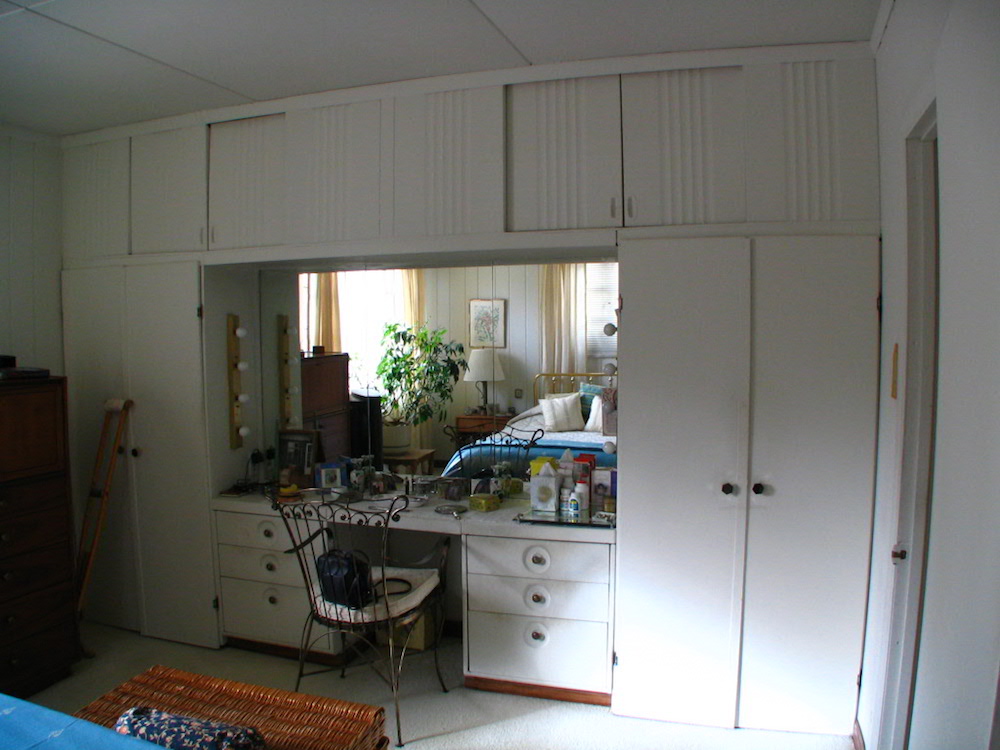 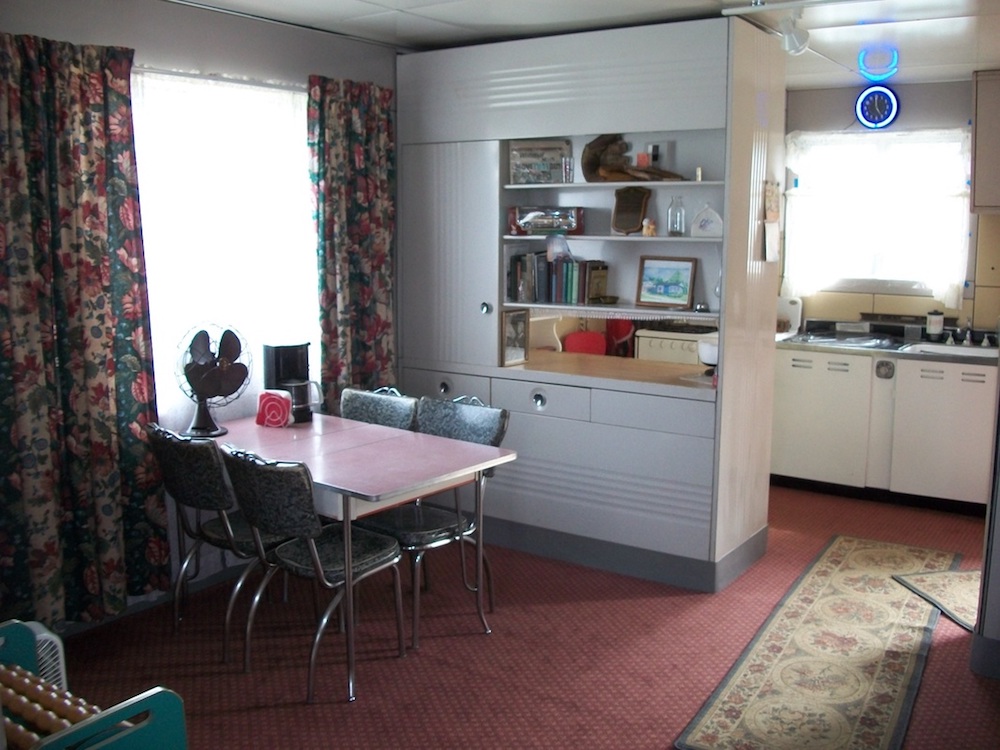 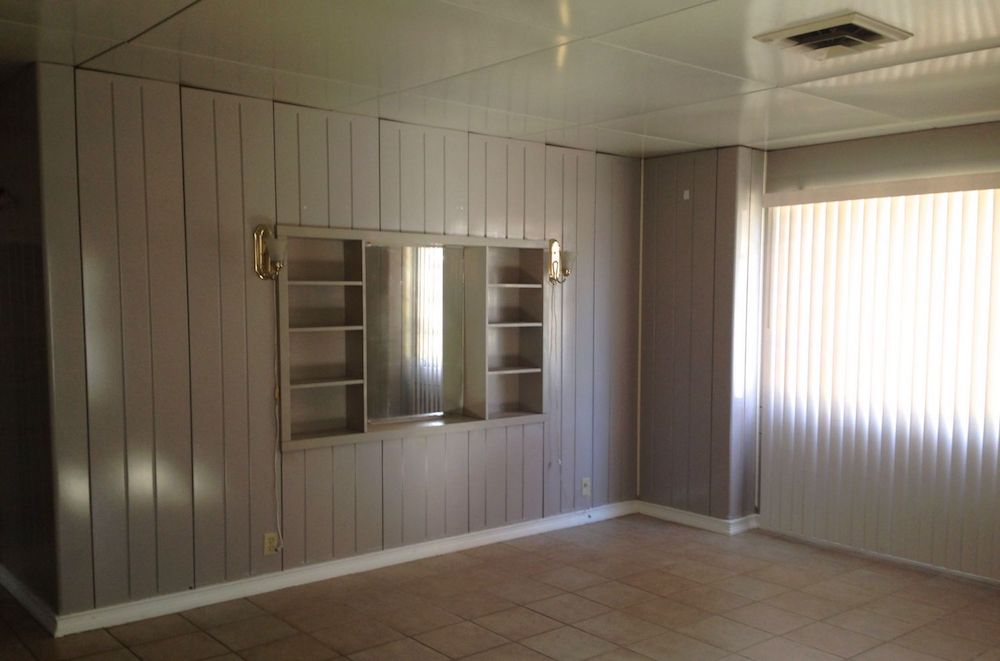 This did maximize internal space in a series of little homes that ranged between 713 and 1,140square feet. 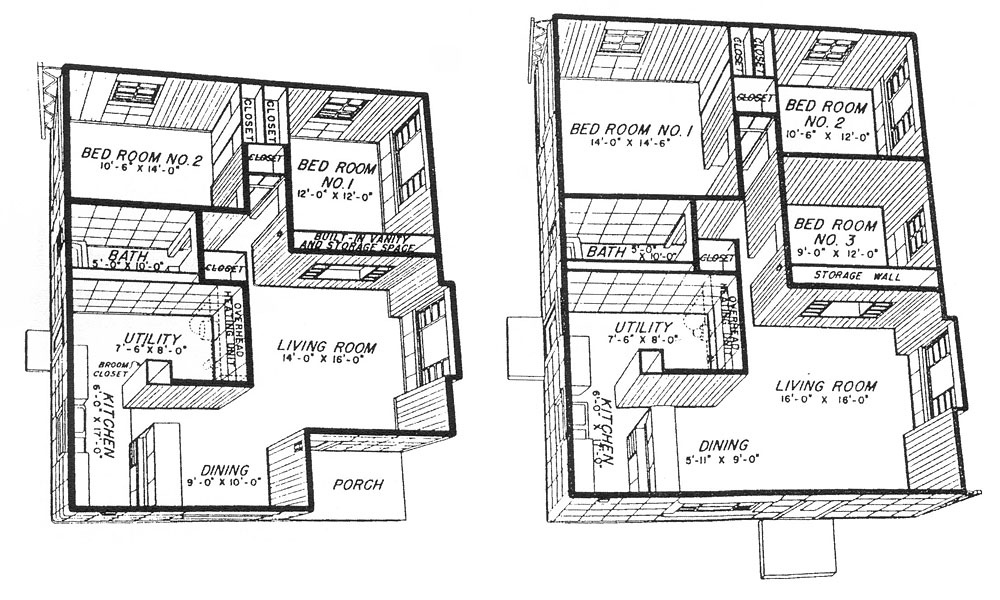 The Lustrons came in 4 different models each with 2 or 3 bedroom options and later, a stand-alone garage was offered.
The initial run involved a steep learning curve. The first series had radiant ceiling tile heating which, due to physics and the asphalt flooring was..."teh suk"*. The dishwasher was an amazingly advanced and innovative combined dishwasher/clotheswasher/dryer. While this was a brilliant piece of engineering technology, why anybody thought this was a good idea is...unclear. 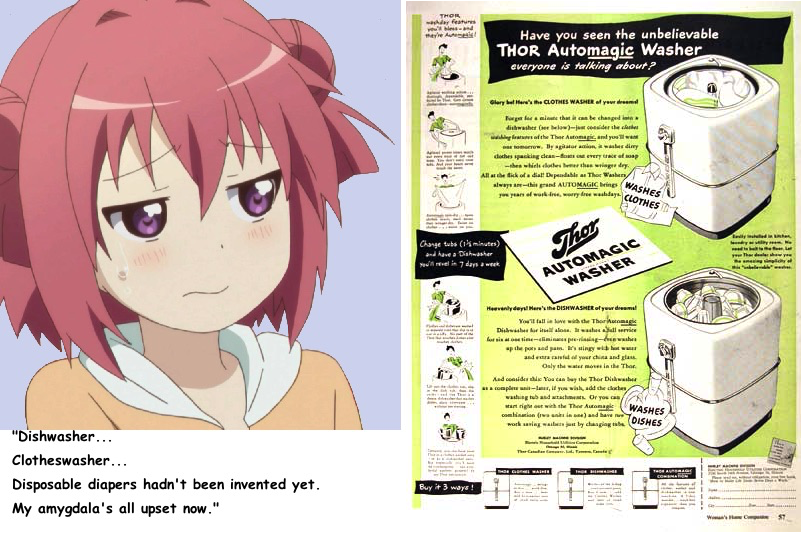 The company couldn't buy enough flatbed trucks to deliver all the orders the company was inundated with and each house required 3000 houseparts which meant a lot more highly paid technicians than was initially conceived. Also, while Lustron was flush with orders, the slow production of the first series of homes could not reach the break even limit for the company.
The second series addressed most of the problems with a much more modular arrangement that allowed for more floor-plans, a single type of window module that could be put together in 216 different ways and a reduction in the number of parts shipped from 3000+ to an average of 37. Also, they moved the heating system's forced air circulation into the FLOOR.
This was the dream of cheap and affordable housing for everyone, given form. Alas, only one of the second series was built. The company ran into a perfect storm of problems that included the company they were buying their trucks from not delivering them, which caused their waiting list to become huge, this in turn was the pretense for a congressional investigation. Lustron had not made any money in its first two years, but it had made some enemies. The company had built around 2600 of the houses in two years despite technical hurdles and a 3000 piece parts list. This was remarkable, remarkable enough that various local unions and contractors around the country were contacting their congresscritters to look into this company that promised to disrupt everything. This seems to be reminiscent of the Tucker fiasco that happened around the same time.
Lustron was having problems to be sure, but the congressional investigation seems to have killed the companies ability to maintain its line of credit and it went bankrupt in 1950.
2600+ homes built in two years, from one factory is impressive, but what's more impressive is that of the nearly 2000 that remain most are in remarkably good shape. 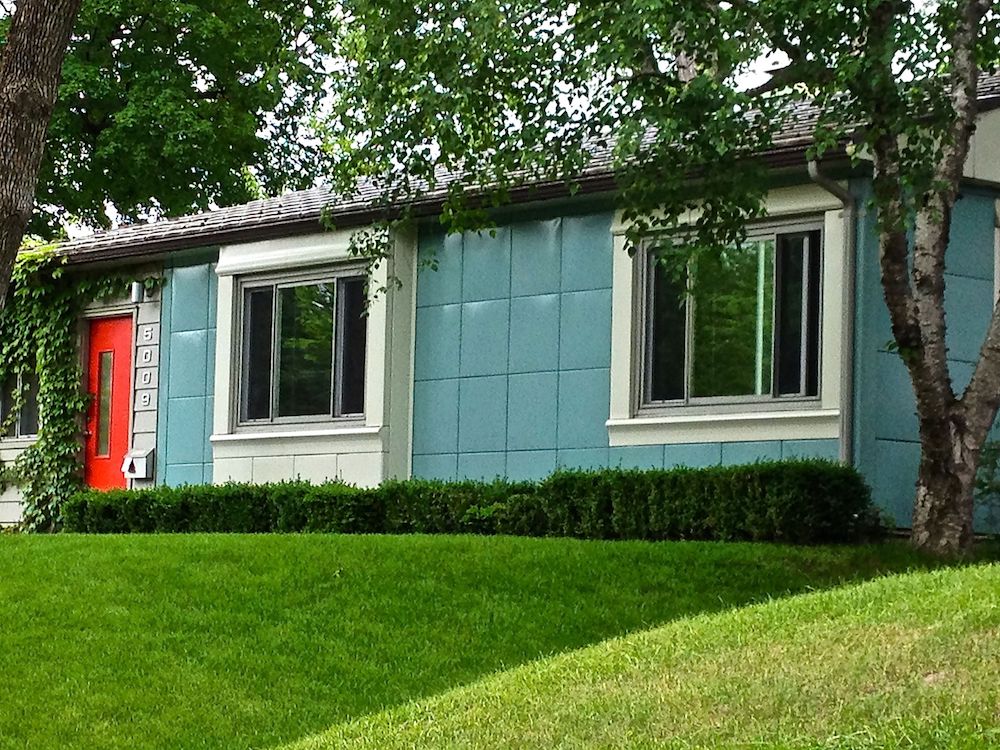 The enameled exteriors have held up surprisingly well and require, not annual painting but periodic application of car wax. The roofs have tended to remain watertight and the only complaint aside from the central heat has been rust in the bathroom, which can be fixed via re-tiling. 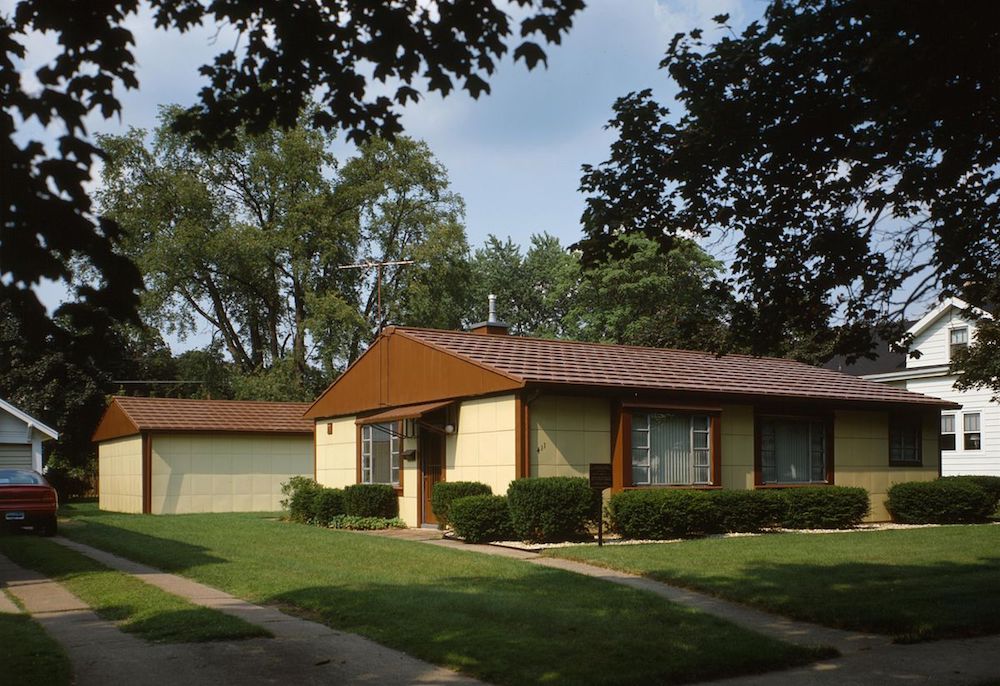 The design thus has proven to be astoundingly durable and low maintenance. They are inherently fire and termite proof to boot. 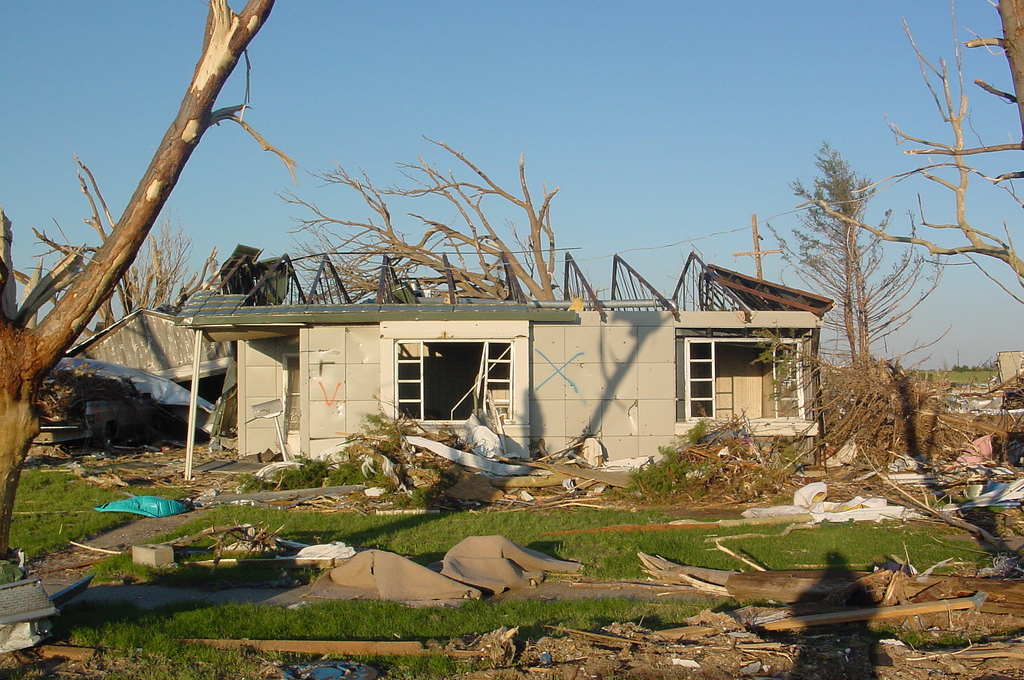 Sadly, not tornado proof though.
The house of tomorrow turned out to be the house of 2 years in the late '40s, but it would be a kick ass house of today. Sadly, we now have zoning boards and homeowners associations on the alert to ensure that no one brings cheap housing into their cities. Such is progress...
There's a video here of contractors disassembling one and moving it. 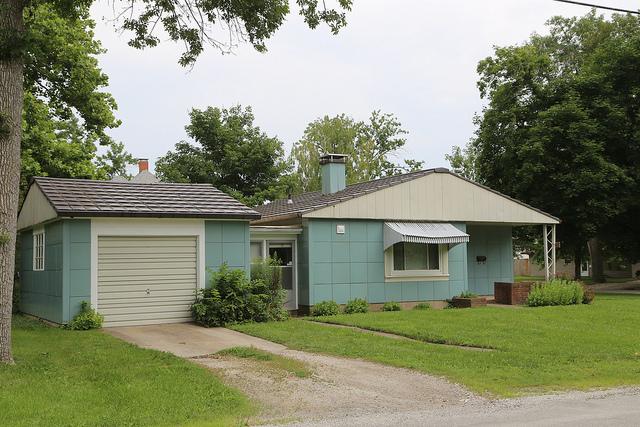 1 I can speak a little bit on the Lustron, as a friend of mine from my time at the Duck U Bookstore owns one.  Or owned, I dunno, I haven't talked to her since I was canned.
If my memory serves, she had a Westchester Standard that had the ceiling heat either removed or deactivated and something more sane put in.  Her first few months in the place were, as you put it "teh suk," particularly since insulating a big steel box is a lot more difficult than you might think.  Hail is an interesting experience inside a Lustron, too, or at least hers.
She told me the purchase price was quite low, but heating/cooling made up for that.  Amusingly enough, hanging artwork on the walls is quite difficult.  Magnets can only do so much...

2 I am old enough to remember tin roofs. I don't know if they were a strictly regional thing or not, but hail is an interesting experience with any metal roof.

3 Tin roof has made a dramatic comeback in recent years, in the guise of "metal roof". It's usually anodized aluminum sheet or some high-tech paint over steel, but laid over a sub-structure that has a good heat insulation property. The advantage is that such roof lowers the air conditioning bill, and as people move from cold states to warm ones, the use of metal roofs increases across the nation. In some places with high electricity costs, a terribly expensive metal roof pays for itself in a less than 5 years.

4 Here in Australia, tin rooves are extremely common - typically galvanised iron. Hail on one of those is certainly a bit of an experience - but many of us who grew up under them get nostalgic about the sound of rain on a tin roof.

5 Yes, I lived for six months in a place with a modern galvanised iron roof, built 2005 or so.  Surprisingly quiet, though I don't remember if we got a proper hail storm while I was there.