RWBY Episode 1
Over the course of the last several months, four computer animated shorts have been released, each focusing on an "eponymous" character from an upcoming animation series called RWBY.

The first two were superb and used color and music to great stylistic effect. The second was less stylish but had a good deal of action and a voice actress whose purr was husky enough to pull a dogsled. The third had a heroine who was not particularly likeable and its pacing was uneven, but it was technically impressive (rather too much so...it had a tendency to break You Tube) with very well imagined action sequences and a fine score. These trailers have generated much anticipation for the series...and now that series is here...

In contrast to the first two trailers, which had a very ephemeral, almost European atmosphere, the first episode has a more or less conventional Japanese Shonen comic feel to it.

It seems that "Red" from the first trailer is going to be our lead. 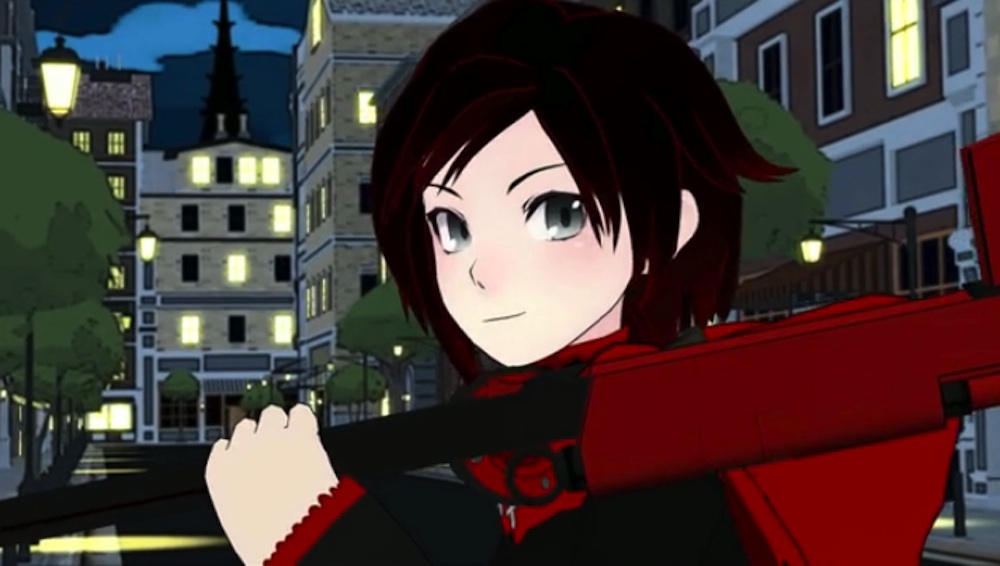 Ruby Rose is a student at a college that specializes in training monster hunters. She's a typical shonen heroine, idealistic, enthusiastic to the point of being a goofball, and a very adept at the utilization of her .50 caliber, bolt action, magazine fed, fully articulated, rocket assisted, collapsable scythe. Her immediate goal is to graduate college and do her graduate work at Beacon University, which is required to become a huntress. Huntsmen and Huntresses are the elite monster hunters of this rather anachronistic world.

How anachronistic is it you may ask? Well, for one thing, they presumably have monsters. Additionally, they have magic (which is facilitated by a McGuffin called "dust"), machine guns, cities that look like a cross between 1930's Chicago and Vienna, airships, a broken moon, advanced tablet computer devices and villains who wear derby hats.... 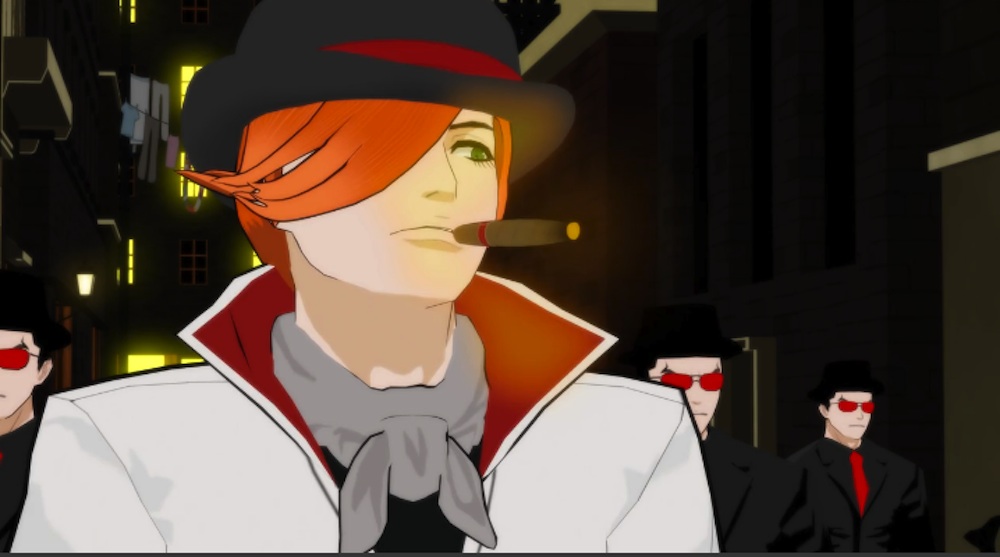 Meet Roman Torchwick. He is a well known criminal who has decided to rob a dust, dry-goods, jewelry, magazine and music store. Unfortunately for him, Ruby happens to be loitering in the magazine section. While Torchwick relieves the owner of his dust, an ill conceived bit of initiative by one of Mr. Torchwicks henchmen makes Ms. Rose  aware of their shenanigans and fisticuffs ensue.  Things proceed to escalate rather quickly after that, to swordplay to gunfire and eventually all sorts of magical 'splodies. 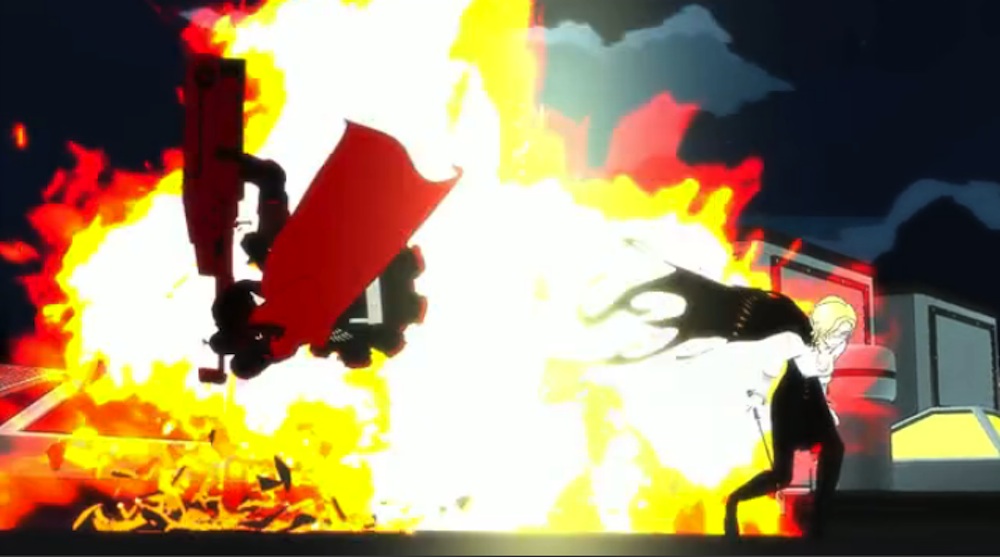 Mr. Torchwick has formidable resources at his disposal and (despite the intervention of a professional huntress on our heroines behalf) he makes good his escape.

Afterwards,  she is questioned by the huntress, handed off to the huntres's supervisor and we learn that Ruby Rose is not just a formidable fighter, she collects huntress/ hunter autographs, is hyperactive to the point of being something of a spaz and she can eat a pile of of chocolate chip cookies as big as her head. 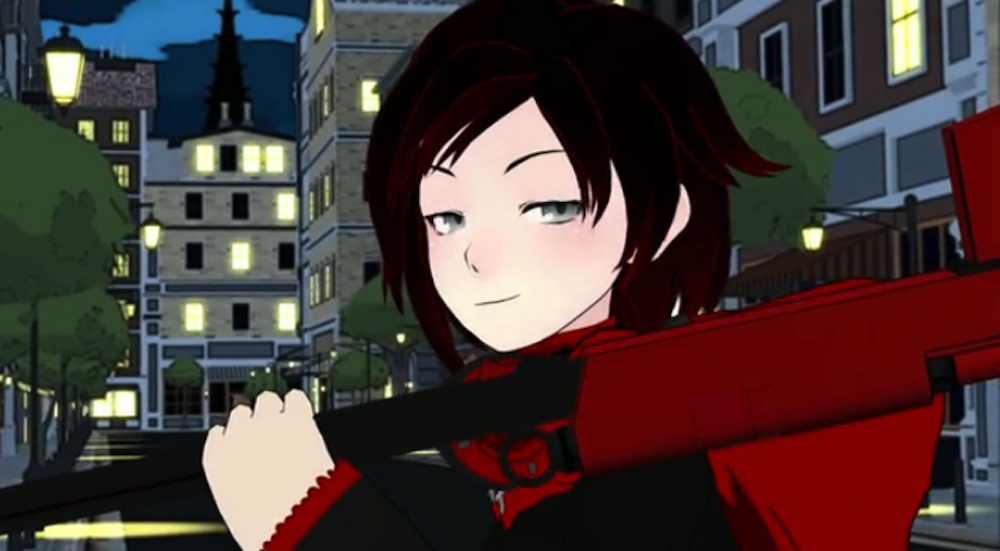 "...and not a single cookie lived to tell the tale."


Upon establishing these important facts she is scolded,  given a unique opportunity, which she decides to take. This results in Ruby reuniting with her obnoxiously loud older sister as the episode ends... 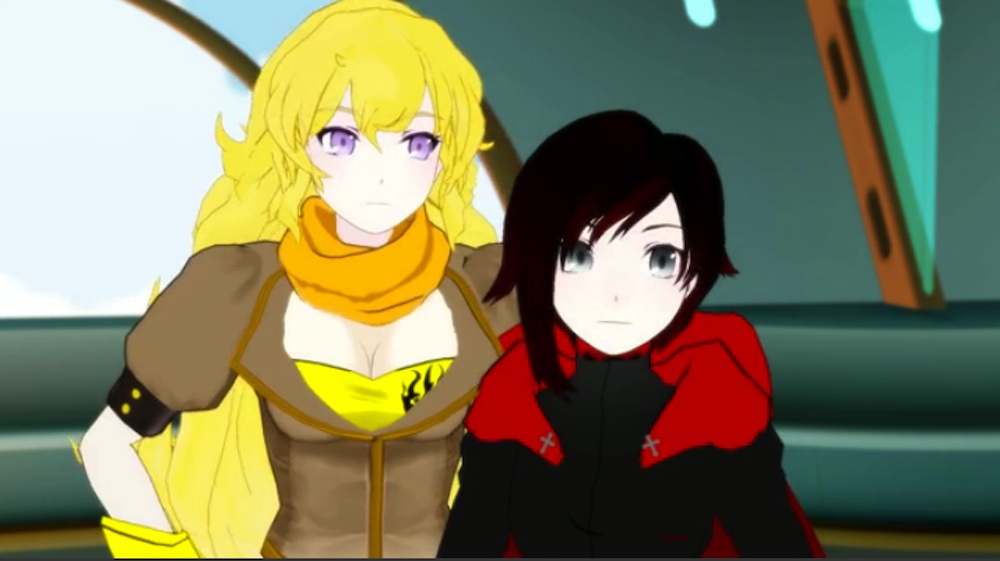 As an aside, there is some indication from the closing credits  that this will not be quite the female sentai team people were expecting.  There is a fairly large mixed gender cast and the fellow we currently know only as "Vomit Boy" features prominently.

Well, I liked it.

It's not the least bit original at this point, but it's visually interesting, seems to have a decent story and Ruby Rose is a thoroughly likeable character. The voice acting is above average. The pacing of this episode was excellent. I was surprised to find it was only 12 minute long. They provided enough exposition and character development for a full thirty minute pilot  in that time. The music, as can be expected from the trailers is superb. Someone named Jeff Williams delivers a fine BGM that complements the fight scenes choreography nicely. The new theme song is quite catchy too.

The computer art is odd and occasionally distracting, but it can be surprisingly expressive. It certainly lends itself to fluid motion.

The 12 minute webisodes air every Thursday at 7pm (5pm for those who subscribe).

This show is pretty neat...but it is the harbinger of something neater still

Rooster Teeth is a TINY studio. They were previously known for a few youtube shorts, video game reviews and walk-throughs as well as the Halo parody Red Versus Blue. These people certainly do not have access to the enormously expensive and proprietary hardware and software that studios like PIXAR and Dreamworks have. I counted between 34 and 36 people in the credits including the cast (some are listed multiple times so I don't have a precise count) This was a shoestring budget with initial financing by Kickstarter*. Despite this they have, using off the shelf animation software (in this case the professional version of Poser)  and produced a perfectly enjoyable little show.

For the first time in decades, low budget, decent quality animation is possible.

These low costs will allow a lot more experimental and niche productions. Much more importantly, This opens the door to creators bypassing the big studios altogether. This is independent filmaking exponentialized....and with the internet, distribution is not dependent on a finite number of screens susceptible to studio pressures.

Marty Oum has not just created a neat show, he's kicked the door open to something huge.


Also: Because American voice actors tend to get all sorts of undeserved grief....here's credit for a job well done..... 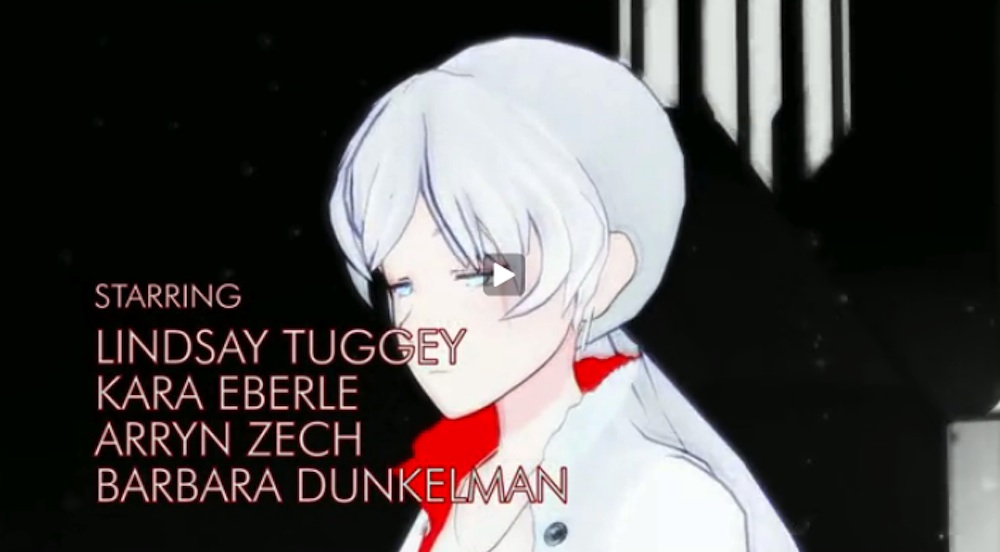 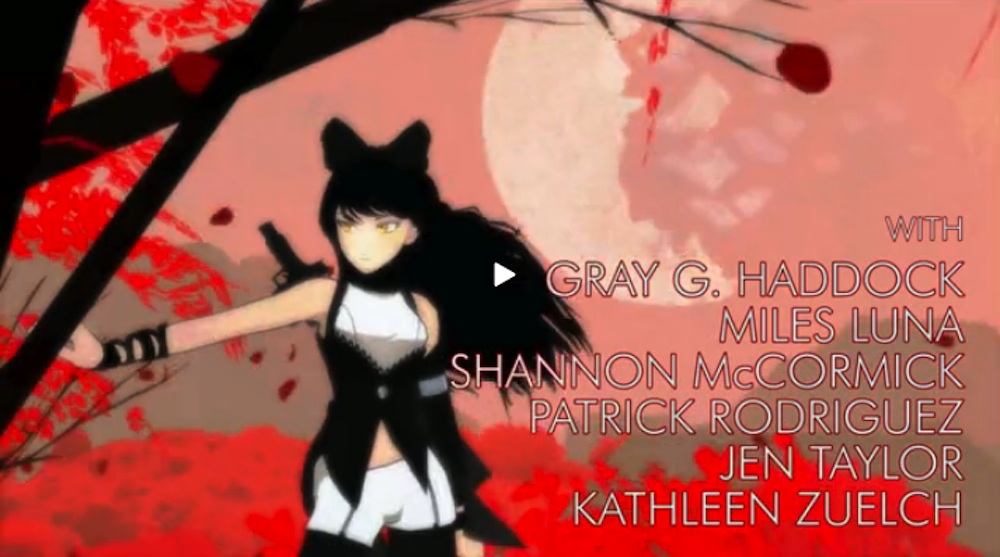 1 Thanks for tracking it down.  And for doing more with it than I had a chance to (grrr, designated weekend overtime...)

BTW, have you seen my thunder, I seem to have misplaced it somewhere. :-)

2 You mentioned that they had "initial financing by Kickstarter".  Do you have a link to the KS page for their offering?  Even though the funding is now closed, I was interested in how they pitched it, but I cannot find anything on KS under RWBY or Roosterteeth...

3 I can't either and was never aware of it, but their web page mentioned that it airs at 5pm for Kickstarter people...7pm for everyone else.

4 No I'm wrong and will line through the offending text. Their sponsors are their subscribers. They have a deal like Crunchyroll that allows you to bypass ads and see the videos early.

Yeah... almost had a spit take at "Gladys Goodwitch."  Lord knows I'm not one to throw stones when it comes to character names ("why do they all start with 'A'?") but seriously.

And between the bowler hat and cane, I fully expected Torchwick (which would make for a punny penis joke later in the series...) to be speaking Nadsat.

Voices.  I agree almost completely:  all four are very interesting and each has a compelling style.  Not sure who's I like most; perhaps after a rewatch.

BM, thank you very much for bringing this to my attention!  Top marks, sir!