It's the Quiet Ones You Have To Watch Out For 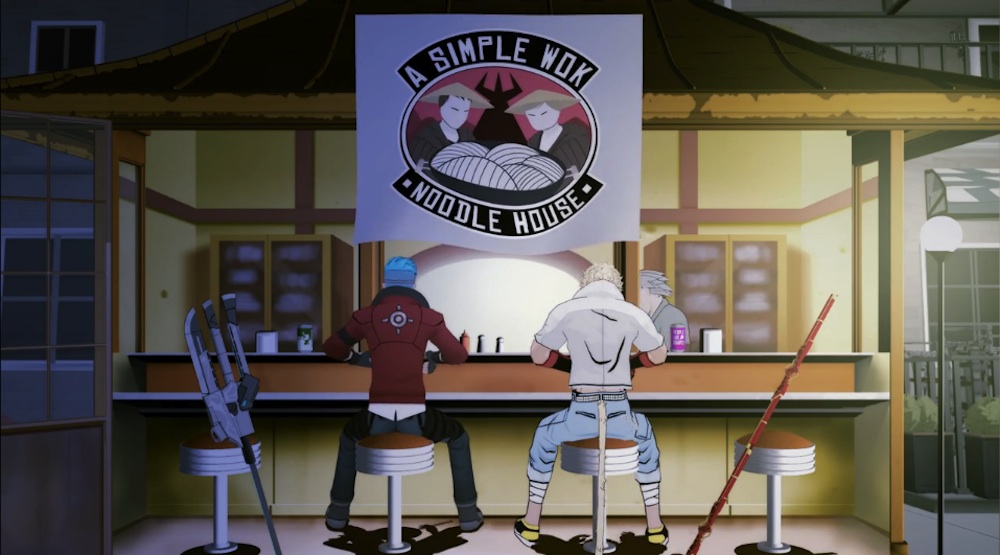 The last episode of RWBY ended with a huge "revelation"...that surprised absolutely no one1. This episode is just full of surprises...
...Take, Neo here...The latest addition to the rogues gallery; she never says a word and I'm not sure exactly what she does, but she does it very well. 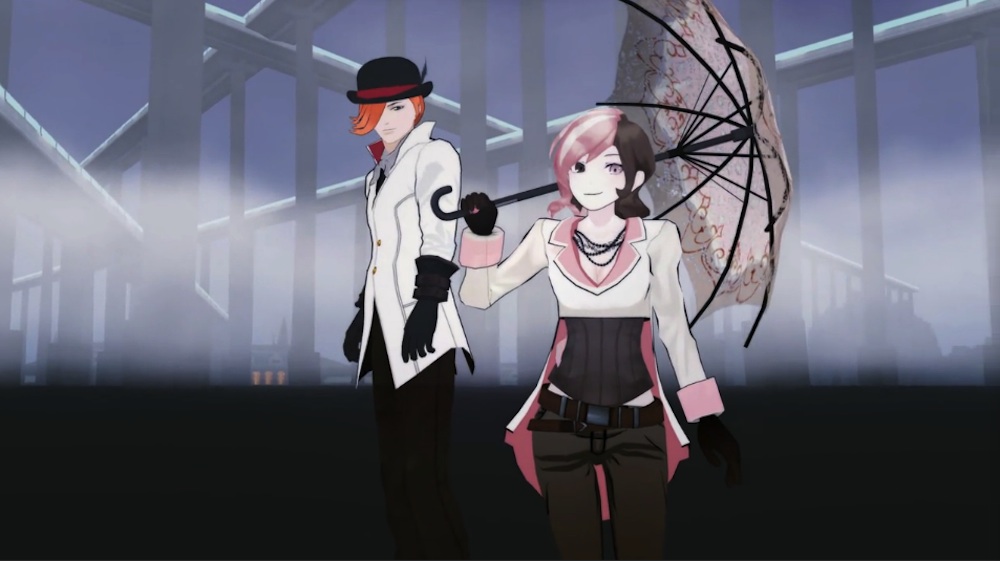 Neo (politan?)
The short interlude with Junior (the antagonist from the 4th trailer) went way more congenially than expected with Junior being surprisingly calm corporative and reasonable in attempting to find out why Yang crushed his nuts, wrecked his bar and beat up his people. 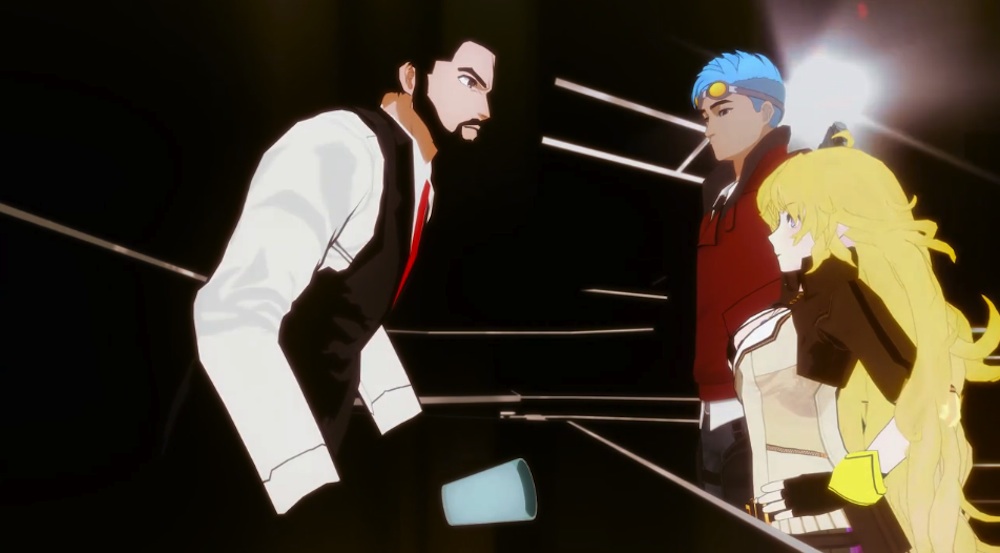 And we still don't know why she did it.
This scene does have some worrying implications in that Junior is unaware of what happened to his henchmen in episode one, meaning none of them have contacted him from jail. Does this mean Ruby killed them? (Or more likely, did someone else?).
Of course there was also GIANT ROBOT RAMPAGE! 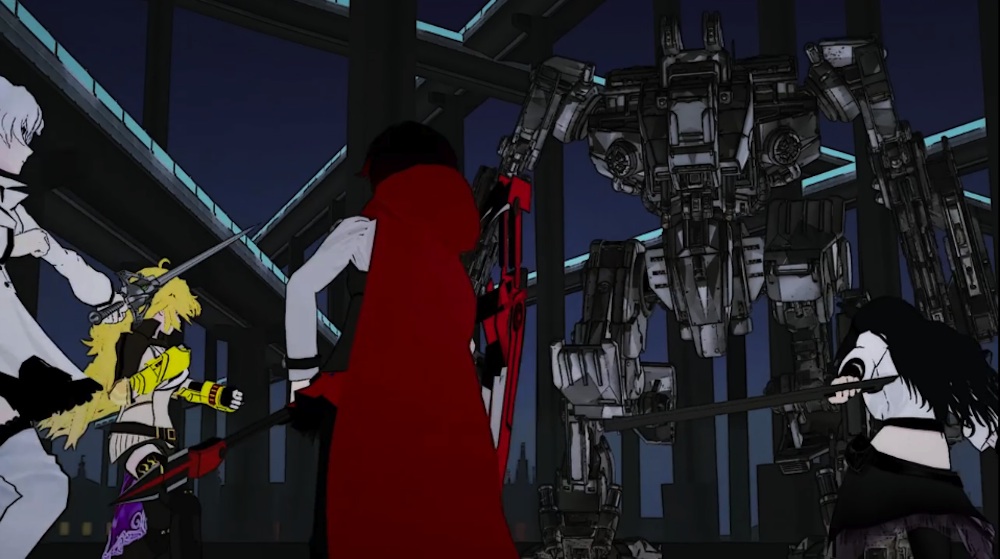 This had been shown in the teaser but it was surprising to see it so soon.
Yang's "special talent" is explicitly stated and, yeah, Super Saiyan pretty much sums it up.
All that and more in 12 minutes.
We're 4 episodes in, and I think we've already covered everything in the teaser not involving Pyrrha.
There are clever bits too. It's obvious that Ruby's team has been training and as a result, instead of  the "I have a plan!" trope they have a whole bunch of prepared plans with distinct and descriptive names2.
One question though : What the HELL are those 'holographic crash barriers' actually supposed to do?
That quibble aside, the pacing of this episode was excellent. RWBY is rather silly, but it's fun and developing nicely.
1: Penny is, get this, A ROBOT!
2: Aside from "Iceflower" the attack names just happen to correspond to some of the "ship"names the fans have assigned to their fanfic pairings. (I an SO glad they went with Freezerburn instead of Yellow Snow.)

1 I wonder what the death toll was among the drivers who were little more than speed bumps during the "GIANT ROBOT RAMPAGE".

Also, why do I need to re-login every single day to post comments?  I've got cookies enabled...

3 Yeah, I think it's Neopolitan, because Torchwick said "Ice Cream" at one point.

Clearly at some point she created a solid stand-in for the two of them, and she has a shield.

What I want to know is why, if it was a brand new robot, when they showed it off at the meeting it was rusty?

4 Mauser, it was clearly deliberately left out to rust for either artistic purposes or to make it look more menacing.

5 I think it's actually lube oil, because if the things are made out of steel then Pyrrha will make short work of them. (She can control POLES!)

6 But can she control Czechs?