In Defense of Friggatriskaidekaphobia

While things have not been quite as bad as the travails of the young lady depicted above, yesterday was a fitting cap to a particularly obnoxious work week.
*********
Today is Valentines Day, named for a fellow who died horribly in prison. To celebrate this, people ship large numbers of packages containing flowers, chocolate strawberries, bullets and Giant Teddy Bearsr via UPS in ever increasing amounts throughout the week. This causes work hours to increase quite a bit, and this week they increased quite a bit more than expected.
Adding to this narrowing of the time frame in which to get to school puntually was the plumbing system in my parents house, which, on Wednesday, decided to redirect the outflow from the city sewer system to their downstairs toilet and tub in a most spectacular and scatological fashion. Hours of cleaning that involved half a can of Ajax, some Pine-Sol and a gallon of bleach corrected the cosmetic and olfactory issues, but, did not, in fact solve the root cause of the problem. Addressing that involved a plumbers snake and vitriol and though the issue was not completely resolved, the direction of flow was once again in the correct direction (albeit slow) and concerns that I'd have to build an outhouse happily proved unfounded. I missed Japanese class altogether Wednesday, but did go to school arriving at my evening class late. After class, I turned on my phone and was informed by my mom that my dad, who is suffering from a pulled muscle and pinched nerve and does NOT need to be on the floor doing weird contortions over the toilet with a plunger and plumbers snake, was doing just that. Since then the tide of battle with Cloacina has ebbed and flowed, though the upstairs bathroom has remained useable since Wednesday night.  Today my mom noted that some decorative doily thingies were missing from their downstairs bathroom and it was noted that my 3 year old niece had been entertaining herself by flushing the toilet when my sister visited the other day, so there is a solid working theory as to what caused the issue, though it is unclear how it is to be resolved short of calling a plumber.
Thursday as I drove to work around 03:30 I received a phone call informing me that I was quite late, which is never good but particularly frowned upon in the delivery industry. This turned out to not actually be entirely my fault. The schedule had been changed and I had come in early the previous Friday and picked up a time sheet...shortly before it was adjusted and all the old copies, save the one in my possession, were destroyed. School Thursday involved trudging across campus in a snowstorm. (Happily, the instructor decided to give a bonus test to the half of the class that showed up).
Friday the 13th, continued the general tenor of the week. I got no sleep the night before as I was working on homework until shortly before I had to leave for work. On the way to work, it took me several minutes to deal with the frozen lock on my car. Once I got to work I learned to my chagrin that the door had somehow refrozen in the 18 degree wind in such a way that I could not open three doors from inside the car and I had to crawl out the rear door. Inside the building it was a perfectly hellish day as lots of people had personal holidays and we were a bit unprepared for the fact that the Strawberry, flower, bullet and giant teddy bear online ordering markets had reached critical mass and expanded far beyond what they had been in years past. (I'm not entirely sure that all of those items are related to Valentines Day, but an awful lot of ammunition was shipped yesterday so I'm assuming its related....which should cause some concern.) I sorted 6x53 foot trailers worth of stuff (which means nothing to my readers...but is a lot in 5 and a half hours). After work I stopped for gas on the way to school and noted that I had no money. It seems that my credit union has been purchased by another entity and something got lost in the translation. More worryingly, my payroll direct deposit is currently sending the electrons that represent my monies into some....place...that is not my account. Since ALL THE BILLS are about to come due (and I was nearly out of gas) this needed to be resolved.This involved driving 40 minutes to get paperwork to relay to people in customer service via phone and running out of gas on the way to the gas station. (This last bit was not , strictly speaking, a necessary step in getting the matter resolved but it proved unavoidable.) Since everything is in a state of flux and payroll as well as the new credit union are just now dealing with this, the matter will take 2-3 weeks to resolve. This is an annoyance, but it is shaking itself out and my credit card and savings account are accessible again.... so I was able to eventually get gas, though at this point I've missed 2 Japanese classes in a row. 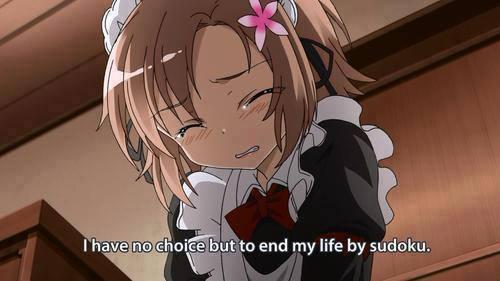 ...or, you know, just cram over the weekend and go to class.

1 My youngest nephew had an utter fascination at an early age for flushing inappropriate things down the toilet.  Plastic dinosaurs were a particular favourite.  His name's Darwin, so this might have been some convoluted evolutionary experiment.  But I think it was probably just toddler logic.

In about ten years he'll find this comment on Google and have to decide how my act of betrayal balances out against all the Lego...

" an awful lot of ammunition was shipped yesterday so I'm assuming its related....which should cause some concern"

Naw.  One year I bought my wife a revolver for Valentine's day.  She loved it, and got me a shotgun for our anniversary.  It's only natural that you'd ship ammo too as Valentine's day gifts.

3 Late winter/early spring sales, too. Plus you want to beat President's Day, because you might want to go shooting on your three day weekend.

4 I tend to be unnerved by "solid working theories" involving plumbing lines and the gadgets attached thereto, but maybe that's just me.