Day of Fire (Or Not) Some years ago, when I visited Japan I arrived at my destination as a typhoon approached only to find its charred remains of the maison I had rented.

So you can understand my trepidation when I ambled from the coin laundry up to my current maison and saw this... 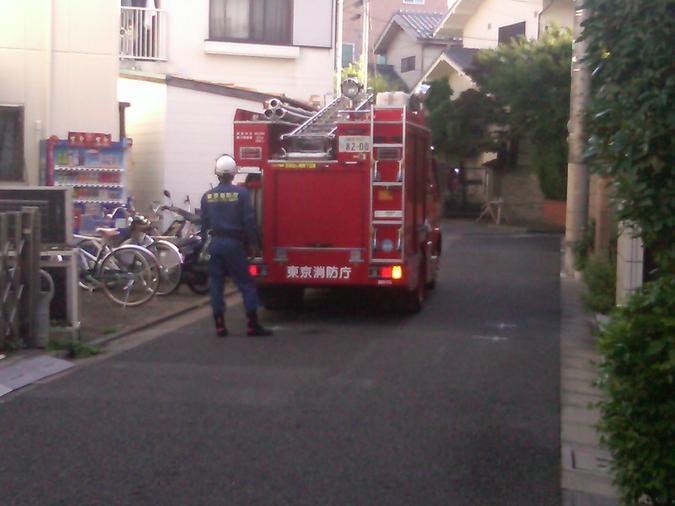 That firetruck that passed me a few minutes earlier..it stopped in front of my apartment...

Then other units arrived...this was getting worrisome.

A few minutes later one of the tenants came down..put on his shoes walked out and turned right around and took his shoes off ran into the building and emerged again.

I noted that the firefighter had taken off their boots before entering.

I was detecting a lack of urgency.

So..I walked in, switched into my 3" too short slippers and shuffled up the stairs to see my hallway blocked by 6 firemen and their female supervisor.

It turns out that the tenant next door to me had suffered a catastrophic failure of his door lock...and had been locked in for 3 days. He'd put a note under the door that morning...I'd thought it was a plea for quiet and made a note to look at it with my kanji dictionary after I got back.

Poor dude had to to go to the head real bad..so he called his mom...and mom called the fricking fire department.

Japanese locks are damned impressive. It took 40 minutes to get him out.

I was pleased as punch that there was no fire so I made a quick post about my computer woes and zipped out to catch the train. Later that aftternoon as I returned, I stopped at an Indian restaurant that was up a narrow staircase outside the station. I was impressed with how dimly lit and smoke filled it was. It was packed. This despite the dense smoke and lack of air conditioning. To me this indicated that the food must be damned good.

In fact, the restaurant was on fire...well, some of their nan bread had got away from them and ignited..I gather that the chef threw it into the tandoori oven, which in this place was an iron fire pit. This prevented the spread of flames but filled the whole place with smoke for about 15 minutes. No one left. I took this as a good sign.

The curry was indeed excellent BTW.

I've  been taking it easy the last few days and not going on extended hikes because of this.... 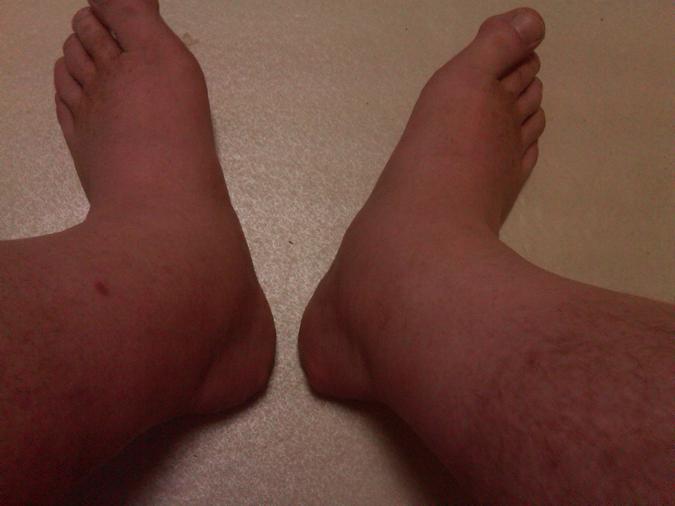 ...which is actually much better than it was a few days ago. I hurt it trying desperately to make it to a plane that turned out to be 3 hours late. I'm on the mend but I haven't wanted to push it.