Contingency Planning Thread The Primary results have me so despondent that I'm not going to blog about politics. However, despite the dark implications for our nation, last night's results in South Carolina make it increasingly possible that Takumi Yanai IS in fact a time traveller. Thus, since the fall of the Republic may, in fact, be nigh we need to make contingency plans. The upside of course is That Mr. Yanai has shown us the way to escape the coming darkness, but has warned us that without proper planning Americans will be denied salvation. Also the latest episode revealed that the gate's closure is inevitable so one might want to wonder what resources one would need to bring through to maintain a tech advantage. Note that repairs would be impossible once the gate closed, so something along the lines of a victorian machine shop would be necessary.
Also general discussion/speculation regarding GATE.
Because it is always best to look on the bright side of things. 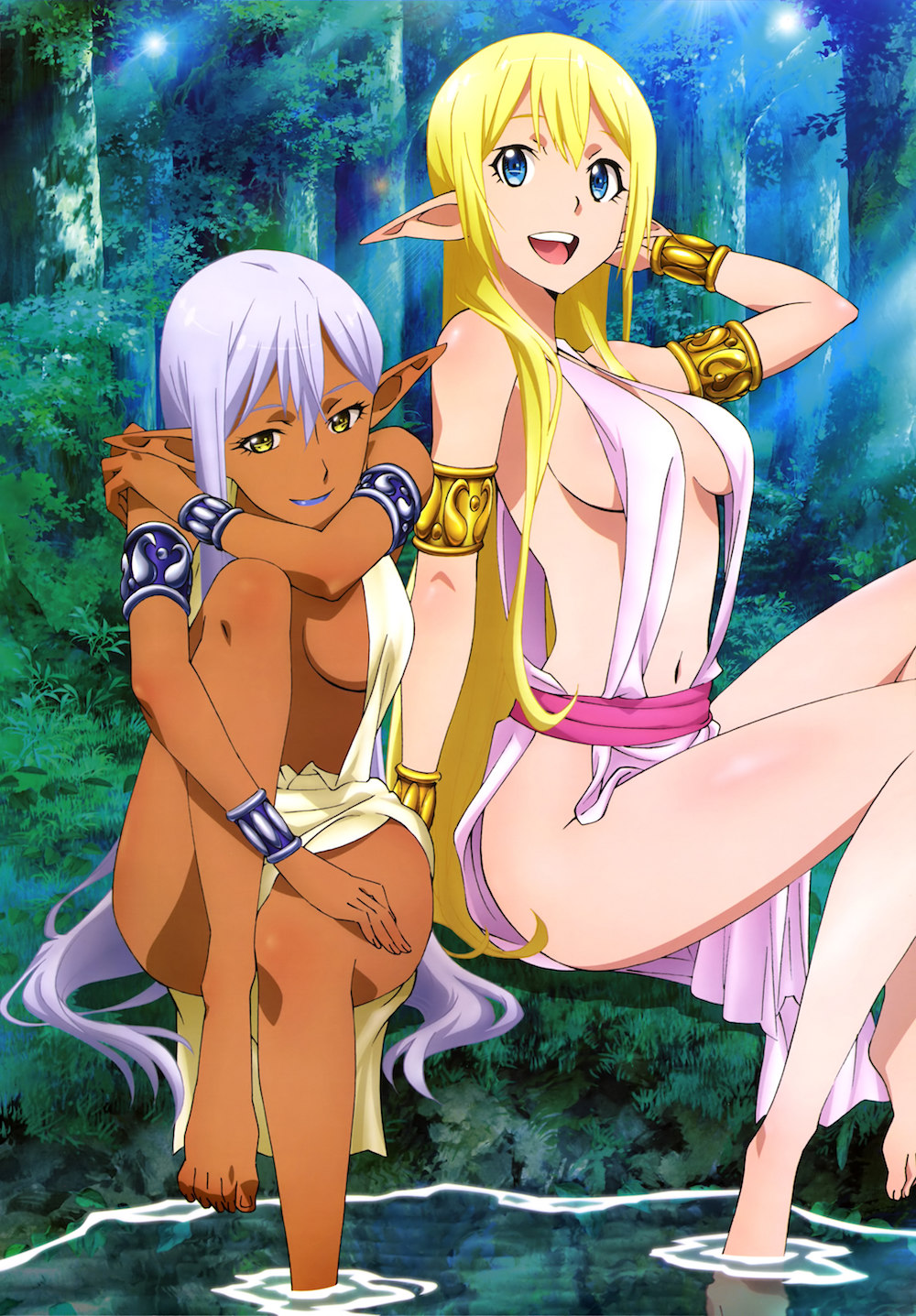 1 The tentative plan, therefore, is ... 1:Be in Ginza during every Summer Komiket between 2017 and 2024.  2  Don't die during the assault.  3: aGet through the Gate. bAvoid getting enslaved and dying in salt mines. 4:Survive in a world of basically Roman level technology, as a foreigner while trying to learn the language while not dyeing of gangrene, blisters, spear wounds or dragon bites. 5:Impress the local ladies with... ...back up. -3:learn blacksmithing. -2:figure out how to make gunpowder...from likely available...local ...resources. -1:Learn gunsmithing sufficient to make a breechloading flintlock 0: Be wearing a fully equipped camping pack in Ginza in August. 5: Impress the locals with firearm that will have to be manufactured on far side of gate. 6: Avoid getting deported by JSDF. 7: Teach elves how to make flintlocks 8: Elf chicks

This plan may require some revision and rethought. 3&4 in particular want for specificity.

2 Make good with the demi-gods.  That's my plan.

3 It belatedly occurs to me that a water filtration system would probably have more practical utility than a one shot musket and doesn't require the clockwork and springs. A roman legion or could take a regiment of musketeers if they kept their morale, since the musketeers become pikemen after their shot, especially against calvary. Also my small unit combat training is limited and my experience is nil.
A water purification still....I have made those. I just need to figure out how to make pipe.

4 Oh...I see that all the cool kids are already discussing aspects of this over at Steven's place.

The way that shot sleeves operate is to be in multiple ranks. On each call by the officer, each rank performs a step in reloading their weapon, and then they move forward one rank. The front rank fires, then retires to the very rear. So at any instant, the front rank either is ready to fire or has fired; the rank behind that has one step remaining before firing, the one behind that has two steps remaining, and so on.

They practiced this, and as a result they could maintain continuous low-levels of fire as long as they weren't attacked by enemy cavalry.

A regiment consisted of a main body of pikemen, and two shot sleeves (one on each side) of musketeers. When enemy cavalry or enemy pikemen got close and threatened, the sleeves would retire behind the the pike main body and let them do the melee. Once the nasties are chased away, the shot sleeves return to their positions and once again started to fire at a low level.

As the reloading process got progressively more streamlined it required fewer and fewer ranks of musketeers to do this. By the Napoleonic war it was 2 ranks typically. (Some infantry was organized in three ranks but the third rank didn't participate in volley fire.)

Rifle armed troops in the Napoleonic war couldn't maintain the same fire rate as muskets because loading a rifle took longer. The invention of the Minie ball eliminated that difference, and by the American civil war everyone was using muzzle-loaded rifled muskets, if they weren't using anything more modern.

By the Zulu war, state of the art was brass rifle cartridges (the legendary Martini-Henry rifle) and reloading only took seconds, so it was no longer necessary to do this kind of thing.

Anyway, back in the 30 Years War, if shot sleeves did have to fight, they still weren't piles. They'd simply swing their muskets like clubs. The bayonet hadn't been invented yet.

7 Yes but we're reverse engineering. The bayonet, effectively turns a long-gun into a fairly gimp pike or halberd. It was considered at least as important as the gun part as late as the Napolianic wars and bayonet drill was what Von Stuben believed separated a professional army from a militia. Even Martini Henry's could be brought into bayonet range by competently led iron age infantry as Ntshingwayo Khoza showed at..wait....I cant see...Where are w...

OMG we're in the weeds. THE WEEDS!
Ahem.
I was speculating on what sort of firearm one person could make. Firearms beyond a matchlock begin to get into the issues involved in Friedman's Parable of the Pencil. The trigger mechanism requires springs and gears beyond the ability of most blacksmiths. The flint has to be mined. If one wants to upgrade to cap and ball then the percussion cap requires some interesting chemistry. Even the chemically simpler tape cap requires...paper, which most of us here can make...but not to the quality required. Obviously, paper cartridges require paper of consistent quality as well.Metal cartridges require good quality control and work best with brass, which is a fairly sophisticated alloy  of course you have to make the powder and mine, or otherwise acquire the lead.  None of this is beyond the ability of a small settlement with even a modest steam age machine shop, this has the advantage of being easily replicatable and understandable with some training...but if the equipment requires any circuit boards it is not replicatable and is a one point failure waiting to happen.

Wait...where were we going with this? I cant see for all the weeds.

8 Ken, Have you ever been up to that gun maker at Colonial Williamsburg? He uses all the old tools and methods to produce Kentucky rifles and flintlock muskets.