Bit of Banality
As usual, the banality is below the fold.
We're getting hours at work approaching what we normally get in late October, early November at the start of the Christmas rush.
This means that today's compensatory illustration is tangentially topical. 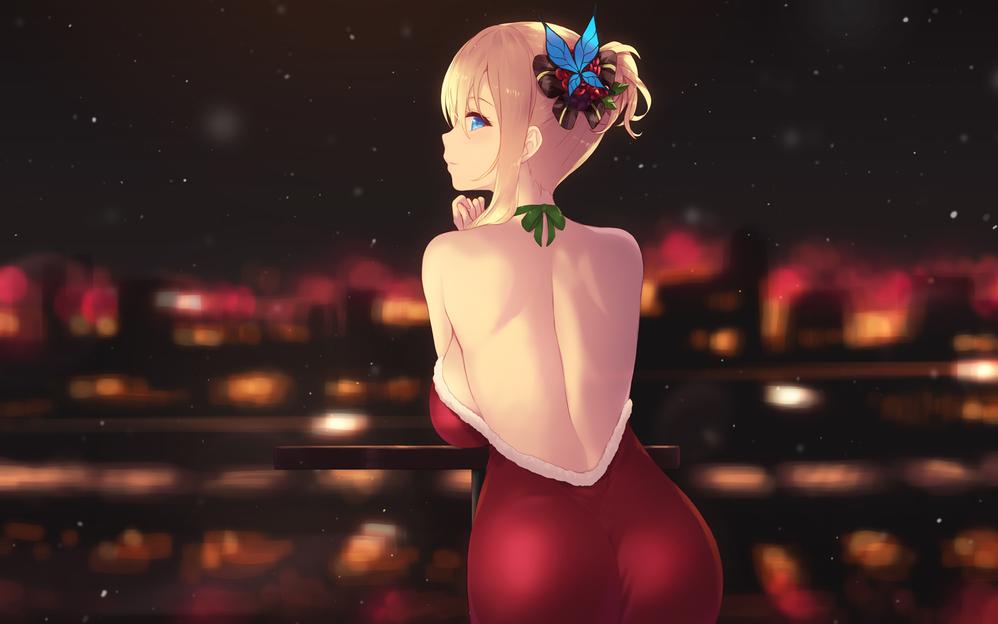 Sena at Christmas is by Cait. Support him on Patreon and buy his merch at Gumroad.
********************************************
Part of the increased work is due to having so many people out with "flu like symptoms" and the understandable family emergencies. Part of it is that despite all the closures and the empty China side of the logistics chain we really are shipping a lot of stuff.  Not christmas levels by any means, but high volume for the 9 month year. Most of our deliveries now are now to residences. There are vast quantities of stuff coming not just from Amazon and WallMart, but from companies like Blue Apron (but not Blue Apron itself so much).
Saturdays are now mandatory for all employees and we'll soon be moving to 7 days a week.
As mentioned in an earlier post, a larger percentage of these are heavy ish boxes. 35.0 pounds doesn't sound like a lot, but after the 4 thousandth box the decimal tends to fall out.
********************************************
Coming home from work this morning, I stopped at the 7-11 to see if they had milk and sat in the van waiting for the crowd to disperse. As I did so there was a commotion in front of the Indian bodega next door.

(Why there are two convenience stores in the same 5 unit shopping center is beyond me.)
Anyway, an old man in a hospital mask staggered out wheezing loud enough that I could hear him in the van. He staggered to his pickup truck and went down grasping onto the side of the bed.
Well that cleared the shopping center.
The only person who remained was one black lady who stayed and pulled out her cell phone to call for help. I pondered for a moment because...damn, but I got out to help the fellow who pulled himself up reached into the truck bed and pulled out a plastic tube and stuck it under his mask. Then he stood up and was fine. Well, not "fine" it turns out he had COPD and was on oxygen. He had left his oxygen tank in the bed because he was running in to just get a few things, and did not want to risk the crowd in the 7-11.
The nice black lady who stayed thereupon  informed 911 not to send the Hazmat team and mobile incinerator and went on her way.
The fellow had wanted to pick up some vitamin C and chicken soup and hand sanitizer(!). He had decided that he could make it in and out without dragging the air tank along.
Then he'd decided to get a case of dubiously cheap beer which had thrown  off his calculations.
Anyway, I went into the little store, got him his beer, his Vitamin C, his chicken soup and the last bottle of hand sanitizer in Virginia, brought it to his truck and sent him on the way.  I then went back into the store and picked up something else that I'd seen while in there.
The last two bottles of rubbing alcohol in Virginia.
I guess the little Indian store doesn't get a lot of business.

1 Back when the TP craze just started, all the paper towels disappeared too, or at least they disappeared from Costco. But I walked into Lowe's and they had them (albeit not "Bounty" brand).

2 Lowes was also the last place I saw with stocks of toilet paper and sanitizing wipes, before empty shelves became the new normal. I guess it took a while for people to figure out that contractors buy that stuff in bulk.

3 Find someone with two bottles of glycerine and you can make hand sanitizer together.