Tim Pool is not a minor player in the YouTube Ecosystem where he has several channels, mostly providing editorial opinions on topics of interest. However, it should be noted that Mr. Pool is best known as a gutsy reporter who does solid gumshoe work in war-zones and other dangerous places. He is a legit journalist, plays by the rules and, because it matters these days, is pretty far to the left on several hot button issues.

The other day, he held forth on another outfits report concerning bias and anti-Christian shenanigans at Pinterest. To me, as a conservative, it was completely unsurprising 'dog bites man' stuff and didn't warrant cluttering up this happy, fun, format-free blog with yet another damned current events post that looks to be ripped from a dystopian plot generator.

In his video, Mr. Pool, being a lefty, noted that the Veritas people had mentioned in passing that members of the anti-war left were getting the same treatment. Now I'm not a fan of the spit-on-the-troops-and-appease-our-enemies-left  but Pool is, and he pointed out in his video that this was an aspect of the story that was not getting proper attention.  This editorial mention is an excellent example of how the free exchange of ideas allows a society to bit-correct information by having people with different viewpoints, perspectives and experience look at data from different angles. It's also important because EVERYBODY gets to speak. Besides the romantic ideal of this now outre' notion, there is the practical matter that a society needs to find a middle ground between its Charles Lindberghs and John McCains, because either alone will lead to ruin.

It was a thoughtful short little video and I watched it and moved on until this morning when I noted that Vee, a (Romanian gaming blogger) was reporting that YouTube had take it down. Props to Vee, because , well, that's his livelihood and he's now angering his host.

This is a particularly odd and scary takedown by YouTube, because it did not involve the usual offense to some protected group (generally via mere words). Rather, it was based on a privacy claim by a company that was  the subject of a journalistic expose'.  That's not what a privacy claim is.

Note that Twitter banned Project Veritas over their original report. Now Tim Pool's video opining on the story has been pulled, despite being an editorial that's commenting on an already published publicly available story.

On an unrelated tangent...I'm told that one of the crazy conspiracy theories that's being bandied about these days is that the Tech Giants of Palo Alto are working together to silence voices that speak truths they do not wish to hear and are engaged in coordinated cross platform censorship campaigns to hurt those they dislike and to cover-up their own malfeasance.

Fortunately, Tim Pool also has a channel on Bitchute, which you should probably subscribe to. Start by clicking on my Bitchute referral page.


Here's Vee's take on this which is how I found out about it. You might want to send him some views before his channel goes away.

There's one more thing, barely worth mentioning.  I noticed when typing this that my spell-check in  doesn't recognize 'dystopian'!

1 The Bitchute embed silently preloads 250 MB of data, even if you never click "play" on the video. That's darn rude; into the bit-bucket they go!

2 Ugh.  I'll see if there's something I can do about that. 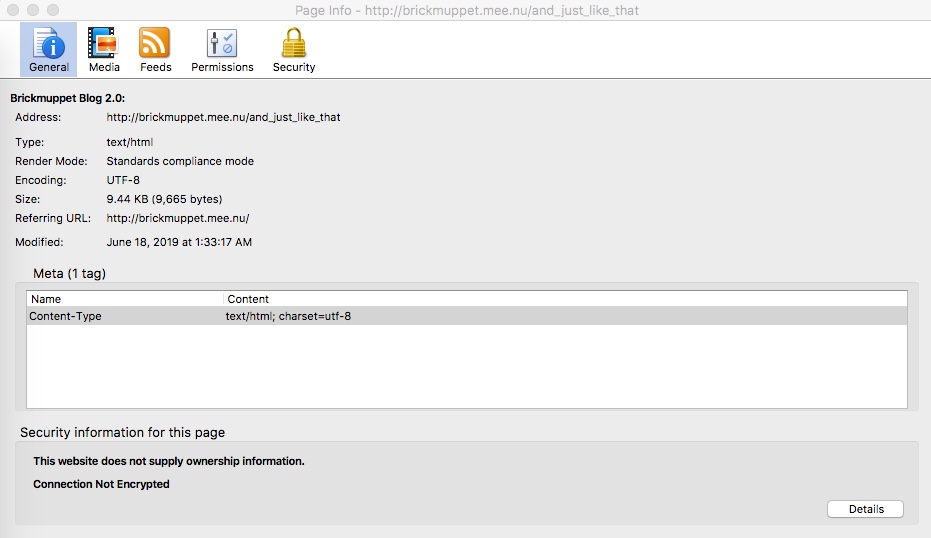 Now I did note that Bitchute got really flakey over the first half of the weekend. (It works fine now) It may have been overwhelmed so many people joining up or was experiencing some sort of malicious attack.

5 Safari-specific, maybe? I noticed that the page was taking 30+ seconds to finish loading, and the inspector looks like this.

6
OK Vivaldi, New Moon (a Firefox analog) Opera, Epic( A Chrome based 'privacy browser') all work fine, no muss no fuss, but something is up with Safari. For now, I'm going to just blame Tim Cook and move on with my life.

7 I'm guessing it's WebTorrent in action, and other browsers are blocking its attempt to abuse user bandwidth.

8 Yup, their WebTorrent JavaScript is broken under Safari; in the latest (upgrade today!) Firefox, it downloads an extra 22 MB of data, which is still too much, but nowhere near the 700+ MB in my Safari screenshot.

9 Thanks, that's good to know.