A Week There lurks banality below the fold. As partial compensation here's some concept art of the Kalpana One project. 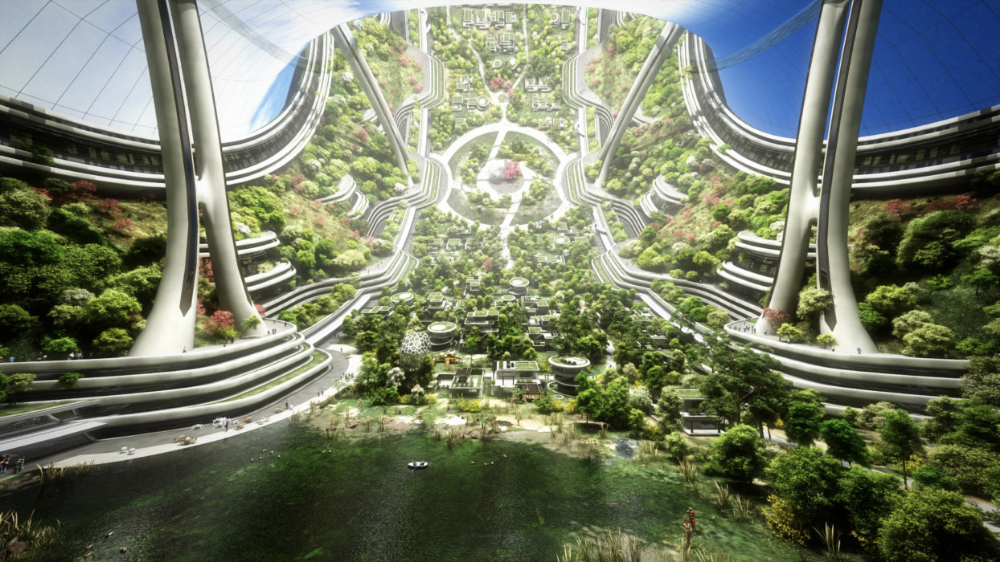 Art by Bryan Versteeg
I got woken up by a phone call last week from my mother. She was kind of hysterical and went on and on about my nieces recital and her inability to get a particular item at the grocery store before she came around to the point...Dad had fallen off the barn.
What she described was contradictory but it appeared that he had damaged his knees and hips and getting him to the hospital would be difficult both because he did not want to go and because of his location.
I told her to call my sister and my uncle, who are close, (I live over 4 hours away) and called work, took off, packed up and headed down there.
I was greeted by my Dad offering to carry my luggage in.
He was indeed hurt but didn't break anything.He's very sore and has an appointment to have his artificial hips looked at, and is carrying water in his knee, but he's otherwise fine. We spent the weekend discussing strategies for negotiating the current political climate and how best to ensure one's bank accounts don't get locked, what to stock up on now and what additional equipment the sailboat needs if it became necessary to flee to Florida or Texas. Dad is hung up on the idea of waiting too long to leave and keeps talking about people in Russia and Germany who did not see the writing on the wall.  I impressed upon him that if the US has a faceplant, it will still be one of the best places to be; as in the absence of the US the world is likely to pretty much fall apart and get rolled by bad actors. Also his and Mom's Spanish is very rusty, as they haven't lived in Puerto Rico since before I was born, and no place that speaks English is likely to be an improvement.
"I'll take conversations I was not expecting to have for $100 Alex"
I was more concerned with impressing upon him the importance of getting me, my brother or my brother-in-law to do any work that needs to be done on top of the barn.
I drove back and encountered a surprise blizzard. I knew the storm was coming but did not expect SNOW or it to hit before I got back.
I'm doing fine in general. I'm doing a gradual restock of my emergency supplies that I stocked up on right before COVID hit as I expect there to be very real shortages by the fall.
Volume at work has tapered off a bit. Yesterday I worked about 45 minutes before everything was done. I left long before the sun rose.Today was a bit more of a typical work day, but still far below a month ago.
There have been some intermittent connectivity issues and my Starlink set seems to have been sent to Ukraine....which I'm fine with, but given my lousy internet, has implications for my streaming debut next month.
I have to diversify my exercises...I'm doing much better but I just realized I can't start my own lawnmower. I'm STILL not 100% recovered from the stroke but I am improving steadily.
Towards the end of this month I see my neurologist and G.P. I'll see If I'm restarting therapy then. Blood pressure is excellent, I may actually be able to come off the meds, which will be a welcome windfall...well effectively.
This Friday I think I will have FINALLY paid all my stroke related medical bills, which is a relief I can't really express in words.
My new vacuum cleaner died, which is an annoyance, but
I did get some very good news the other day, my van passed inspection!
Things have calmed down a bit and I have recently remembered that I have a computer, so posting should resume shortly.
I hope you all are well. In case you missed it, I ask that everyone lease go give the duck some encouragement.

1 Look up Yukiko for core exercises. She was a swimmer and has a lot of good ones. Some of them are more "female" but others are for everyone.
(Pretty sure that most of the "frog legs" exercises are more for women, but you could probably find out.)
There's also a Japanese exercise man who does workouts in a Mr. Body suit. Which is weirder than I remember it being, as a kid.
The Feldenkrais stuff is pretty nice as a search term, as is Bob and Brad, on the actual physical therapy thing.

2 As our naval expert what do you think about Russian idea to scuttle Orsk in order to contain a fire? "Oh, we'll just re-float it and repair it real quick."

3 If it was scuttled, it was the correct decision given the explosive yield it may have been carrying. An old Alligator class ship is a small price to pay for loosing all the port infrastructure. The very limited video evidence does not indicate a scuttling though, as the ship is seen undergoing a fairly spectacular auto-disassembly.
However, wether the explosions on the ship were due to Ukrainian military action or a Russian accident, I'm pretty sure that the Russian thoughts on the matter are as follows. 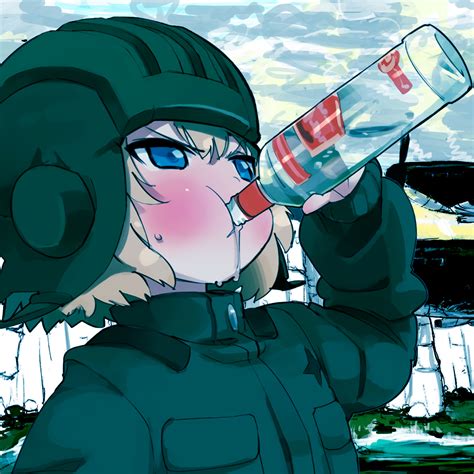