A Bad Week For Musk First his rocket goes all 'splody and then this happens...

In fairness, it probably would stop almost any handgun round aside from those in the same class as .45/70, heck, a ball bearing of that size would crack, but not penetrate a lot of armored glass. Still, unlike the rocket, which was being intentionally pushed to it's limits in a test,  this was an inconceivably ill-thought out demo that has distracted from what ought to have been a very impressive roll-out. Also, couldn't they have come up with a better name than CyberTruck.

Unforced errors aside, the claimed stats for this thing are quite impressive, 500 miles on a charge is beyond respectable for any EV.  The body, unlike the glass, performed in the dent test against the sledgehammer quite well, and the fact that it's made out of STAINLESS STEEL is important and potentially game changing for a pickup. 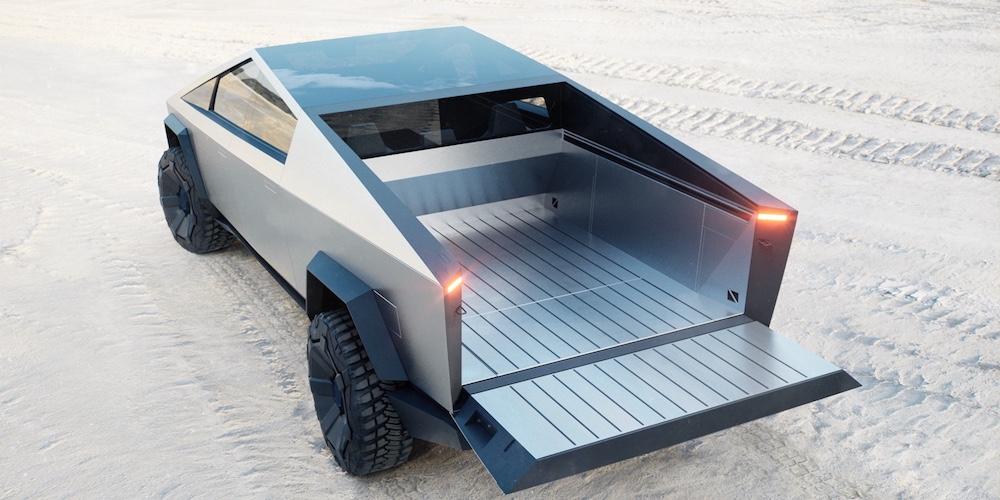 Coverage of this unveiling has universally seemed to dismiss the notion that anyone in the current pickup truck market would be interested in this thing. This is not necessarily true and seems to be more a reflection of how the media views people who own pickup trucks than any insight into their needs.

To be sure there will be and should be some healthy skepticism, but this angry, shiny trapezoid is in the price range of an F-150 and handily bests it in most areas, at least on paper. A 7 US ton towing capacity and 16 inches of clearance are vastly superior stats to other pickups in the price range.This model has a crew cab and its bed (or "vault"because...Tesla) is advertised as 6.5 feet long which is 18inches too short for standard pieces of plywood with the tailgate closed. It's much closer than most crew cab trucks are in this regard though and there looks to be more than enough room with the tailgate down, so a stowable bed extender, perhaps in what appear to be 2 compartments in the very thick sides of the bed would potentially make this a really solid and desirable work truck for any tradesman, farmer, or contractor, especially given that sledgehammer-proof stainless steel body. However, one of the reasons that material is so important is that pickup trucks often go fording and mucking and I'm not sure that I trust an electric vehicle to handle water well or to be safe to stand next to when it's driving through high salt or brackish water. This drive train and power pack need to be demonstrated to be safe and durable in water.

Hopefully Musk will check with his engineers first and not electrocute himself in the process.

If that is done with no shocking revelations then this odd looking but theoretically capable and competitively priced truck has the potential to make impressive inroads into the massive U.S. truck and crossover market despite its Syd Mead styling. 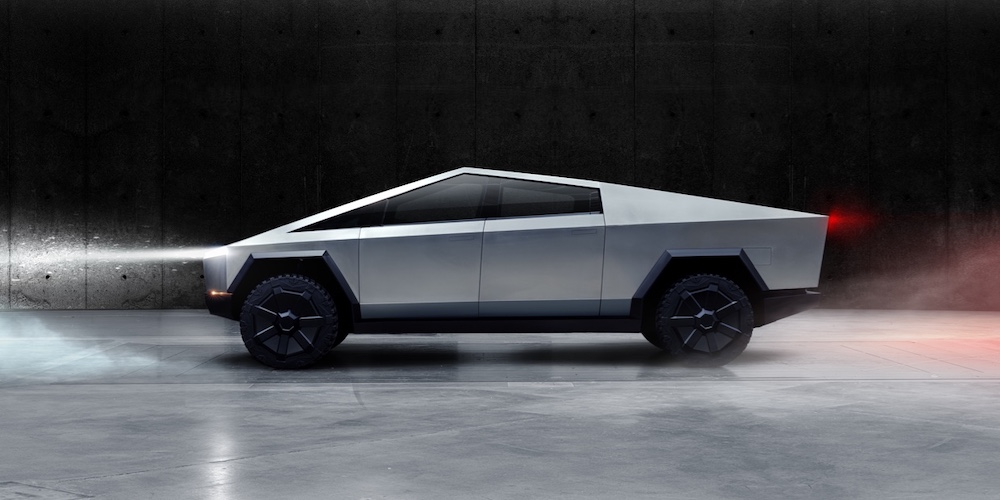 I had never considered what would happen if a DeLorean had sex with a CitiCar. Now I know.

1 Needs more facets. And I mean on the wheel wells, to transition better from the round tires to the angular body.

2 I have no doubt it was rushed, as both Rivian and Ford were pushing up their schedules to debut all-electric pickups. Being perceived to lose a "technology lead" to another company probably irked Musk more than explodey rockets.