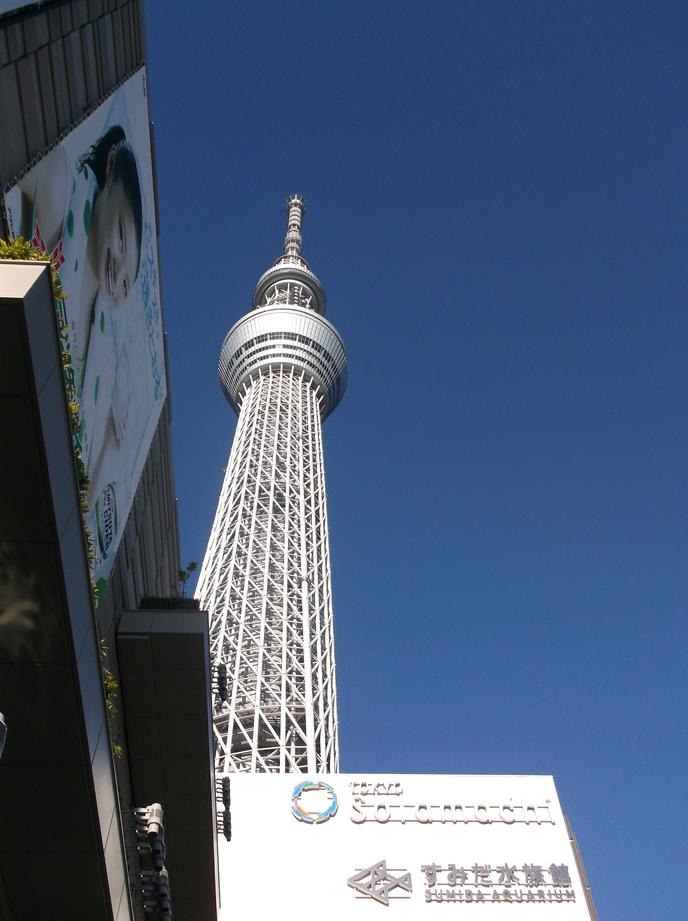 Well, the next day I decided to head back to the Tokyo SKYTREE and see the view during daylight. SKYTREE opens at 08:00 so my initial plan was to be there at eight, but after getting up at six and going to the station it occoured to me that this would involve being on the Tokyo mass transit system during rush hour.


Although the Tobu Line runs the train to the Tokyo SKYTREE, the Tobu-Tojo Line is a spur line from Ikebukaro and does not connect to the rest of the Tobu network. Thus several transfers were involved.

It's important to note that the wondrous and magical JR Railpass does not work on the Tobu Line, (or the Tokyo Subway for that matter) so if one wants to go to see the SKYTREE one must actually pay to ride the train. The JR Yamanote line is railpass friendly and is generally the go-to transportation method for tourists in Tokyo as it circles the city and hits all the biggest train stations, so directions to the SKYTREE are best given from there. Take the Yamanote line to either Ueno or Nippori and transfer to the Keisei Line. Ueno is an awesome stop in its own right with the museums and park, but the transfer in Nippori is much easier as the JR and Keisei lines are right next to each other, whereas in Ueno they are separate stations about two blocks apart. Anyway, from Nippori, or Ueno, get on the Keisei main line and then get off at the Sekiya station. If you see a post office you are using the wrong exit, instead you should see a train station across the street (yes it is a street, not a bikepath, you can get run over so look both ways) handicapped access is on the other side around the block to your left. This is the Tobu Railways' Ushida Station. It's not Sekiya, which might be important to remember on the way back (derp). 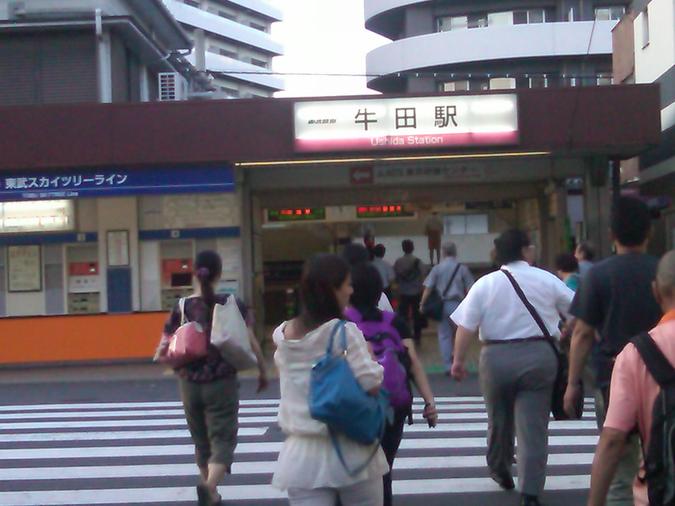 Go through the underpass to the other side (or stay on that side if you used the handicapped access) and get on the train going to Asakusa. The second to last stop is the super-modern SKYTREE Station (also sometimes referred to by its old name Osihage). 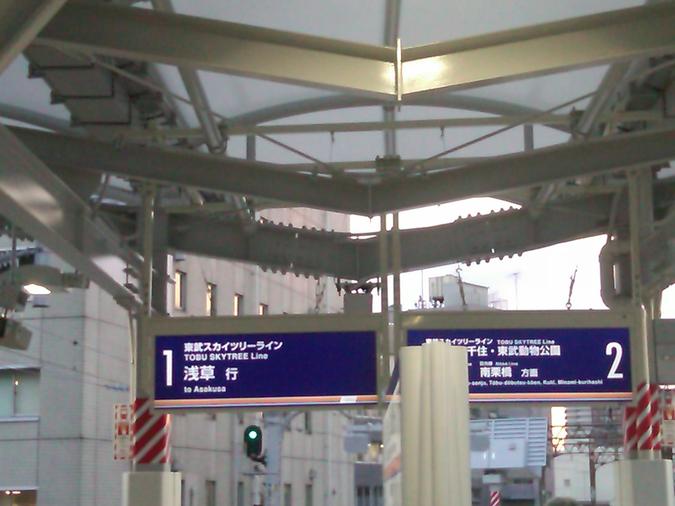 Now you just have to climb up 4 floors to get in line.

The reason for this has nothing to do with flow control, it's so people suddenly have 2 to three hours to kill wandering around the super expensive shops under the SKYTREE.

I walked across the canal and got some fried chicken at a Lawsons.

My relatively early arrival was for naught. I got a ticket to get into line between 13:30 and 14:00...to START the 2 hour + line to the top. By the time I got up the haze had started rolling in.

I should have braved the pushers.

The view of Mt Fuji would be awesome if there weren't a thunderstorm over the mountain.

I should note that the glass floors are much more impressive by day.

By the end of this my feet were really hurting as my 3 week old shoes shoes had started to disintegrate during the Sendai fiasco over the weekend, so instead of walking the 6 miles to Ueno as had been my plan, I limped down to the train and went home, taking a rather spectacular detour due to the fact that I forgot that Sekiya Station is where you get off going to SKYTREE, but Ushida is where you get off going back.