Saturday Morning Cakefight Saturday mornings...
In my youth this meant sitting down with grotesquely unhealthy cereal and watching Saturday morning cartoons, which was the programming block for kids back in the days when there were only 3 TV networks. These were almost always billed as exciting adventure shows. However, due to a malevolent confluence of progressive hysteria, lawyers and network departments of standards and practices, theses shows were almost uniformly a profound disappointment. While kids everywhere else in the world got to watch various iterations of Grendaizer, we poor American children were being tormented by The Funky Phantom, Devlin and Jabberjaw.

This morning, I decided to have revenge upon the programing directors who ruined my childhood. I got up, pulled a Go-Cup of Fruit Loops out of the hurricane box, sat down in front of the computer and went to Crunchyroll which airs new episodes of Log Horizon at 07:30 on Saturdays. I just thought it would be amusing to go through those motions of yesteryear but actually see something really good.

Just like they had with Clue Club, the gum-numbing dregs of the Fruit Loops served to exquisitely accentuate the disappointment.

Heretofore, every single episode, of Log Horizon has not only been good, its been better than the last. This episode continues the shows habit of surprising its audience by abruptly reversing that self improvement trend.

No...no actually, this was pretty much the exact opposite of that.

In fairness, part of the problem here is that previous episodes have set a rather high bar.

In the last episode, the plot had taken yet another intriguing turn. With only four episodes to go, many of us were looking forward to find out just what had gone down in Minami....

....so naturally, we got middle school soap opera and cake. 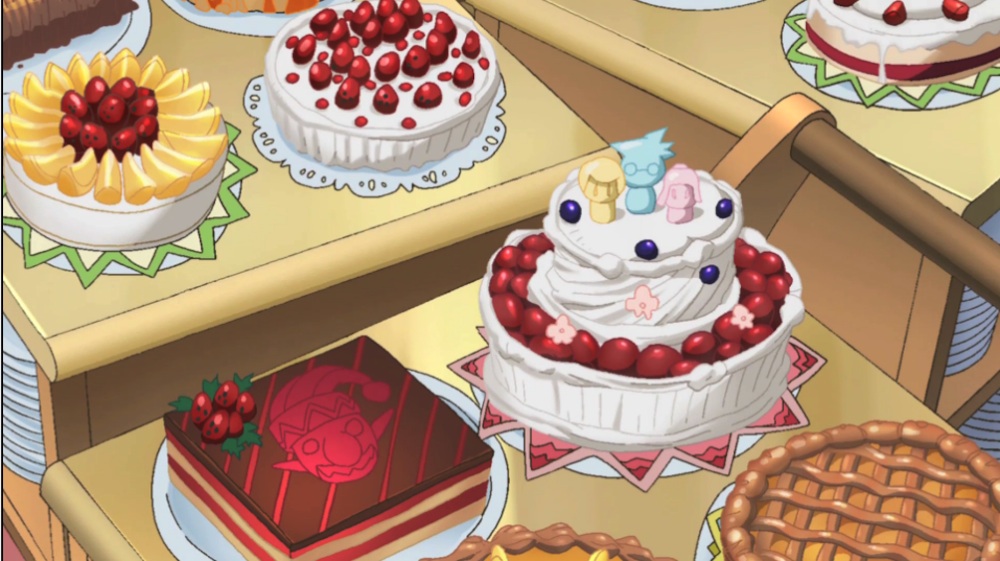 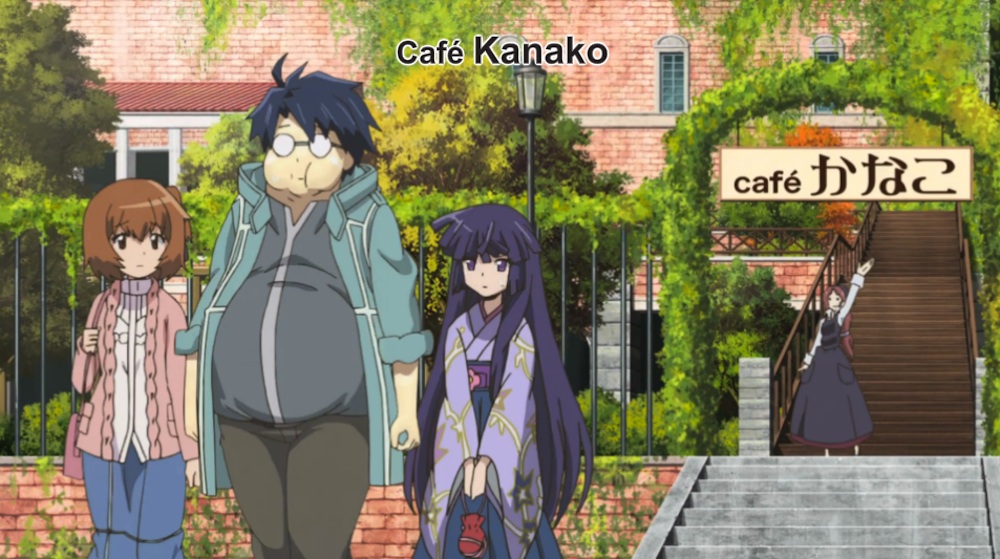 Yes boys if you get to level 90 in W.O.W. you too can have an adoring underage harem.

It seems that Minori is deeply in love with Shiroe.
Just a reminder, she's 13.
This puts her in direct competition with Akatsuki...which only serves to remind us that Akatsuki really doesn't look 25...which may be part of the reason that Shiroe has been so oblivious to her pining.

That and he's been dismissing her somewhat off-putting 'loyal minion' antics as just roleplaying in the game setting.

In any event there is a fierce cake feeding duel... 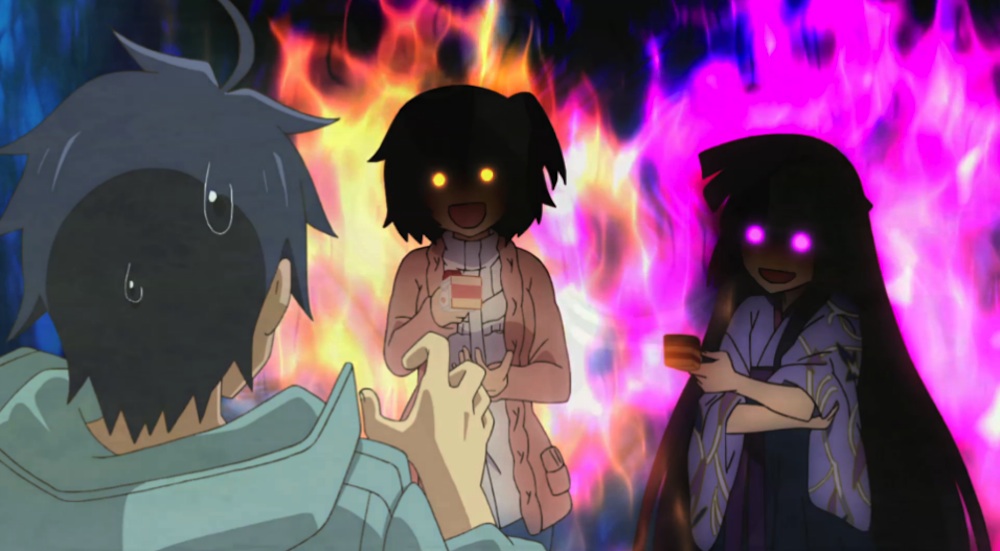 ...and the public service educational message of today's Saturday morning cartoon, is that cakes...like Fruit Loops...are bad for you.

It was made plain after much high calorie drama and numerous misunderstandings that Minori is not in the running for her mentor's afections.  That wacky hijinks are required to inform a 13 year old that a 24 year old is not actually her soul-mate probably says something dreadful about the times we live in.

Of course she seems to still be carrying a torch....

Shiroe also seems to be avoiding any signs of exhibiting even the tentative beginnings of a hint of a clue regards Akatsuki's feelings...and this after she gats the courage to be quite obvious about it....so nothing is actually moved forward by this episode.

Now, I'm not really likening this episode to...the execrable squalor that was The Funky Phantom...


"Good God I should hope not!"

This story wasn't actually bad, mind you. It was even kind of cute.

However, it was just a complete non-sequitur of an episode that seemed to belong in some other show.

There are only three episodes left, so I'm wondering (now with some trepidation) about  how they're going to wrap this generally excellent series up.

I'll be watching next weeks installment with a lot of interest.
...but without the Fruit Loops.

Some people noted that the whole cake story seems to be an apology for not doing more with Akatsuki during the light novels. But apparently there's also a faction who thinks it's wildly funny. Um. Anyway, they left out the stupidest part, which is a restaurant staff thinking that Shiroe is a pedophile and doing nothing about it except leaving offensive messages in the decoration of the cakes. (What??)

Having people think Shiroe is a suspicious character can be done better, and I don't know why it wasn't. I guess because the writer likes Shiroe and can't bring himself to write plausibly suspicious gamers.

3 Hmm.
It was a cute enough episode
One of the things that I'd LIKED about the show is the perfectly reasonable suspicion of Shiroe. I was thinking after the episode before this that his somewhat heavyhanded machinations were starting to backfire, because people don't react well to being manipulated. I'm guessing now that that is not the case.

Shiroe has a totalitarian streak that's not really in keeping with the organization, let alone the attitudes of the round table. Exploring that would have been nice. One of the things that I've liked about the show is that after the first few episodes it has focused more on the other characters like Minori's team and that business with Lanessia and Crusty...which is awesome. I know nothing of the LNs but the show is doing a good job of conveying the idea that the Princess is rather more savvy than she lets on. 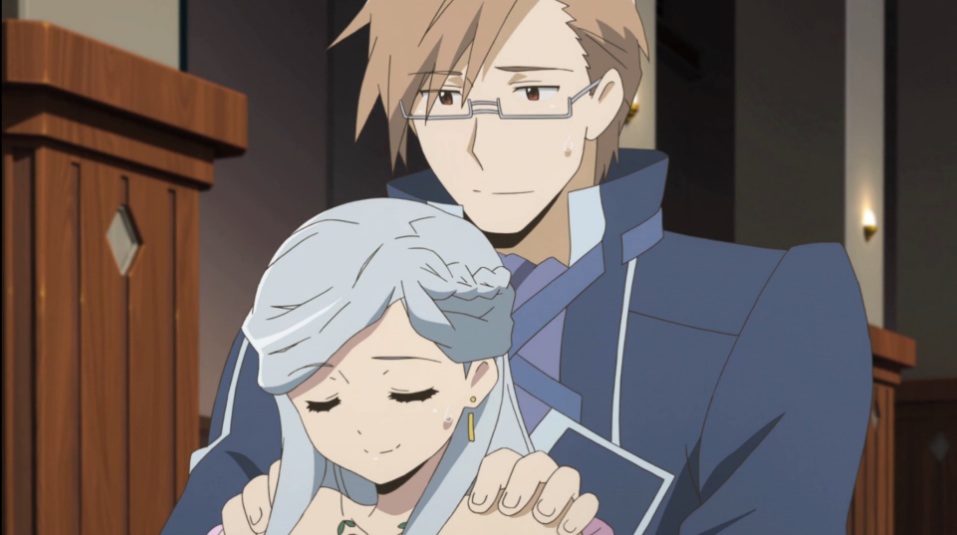 The smile when she "fainted" after basically saving the world is priceless...

The ensemble cast is actually working much better than these things usually do, in part because the cast is pretty intelligent.