FINALLY! We get to see Yotsuba&! in an anime! 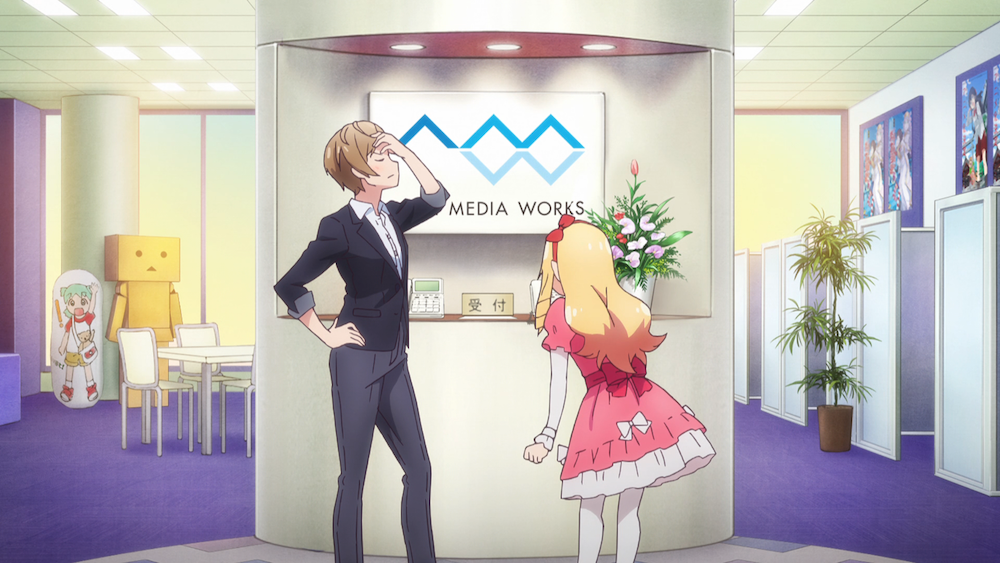 ...from Eromanga Sensei episode 2 which introduces the girl in pink, a rival author who is amazingly annoying. Why, she's almost as annoying as Sagiri's class rep. 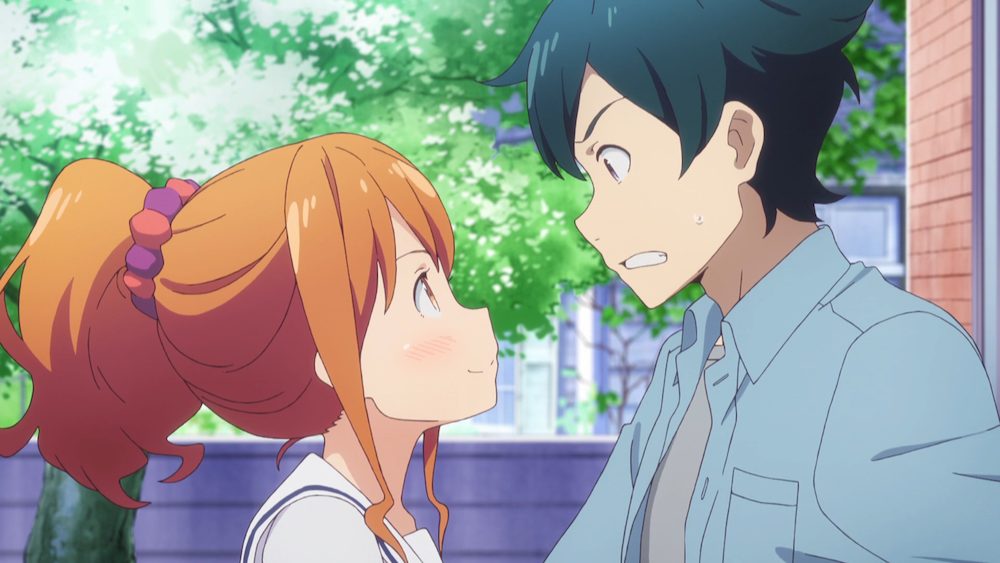 Thanks to Meguni here, the show is now on probation. That darn class rep managed to inject all the squick that I was so happy the pilot avoided into the show and then some....

I should point out that this is not altered in meaning by some lack of context...That's what she said. That's what she meant.
To our heroes' credit, he is mortified. unfortunately, he is a teenage boy and blissfully unaware that in the age of the iPhone there is no expectation of privacy, especially if one's response to an annoying, pushy girl is awkwardly phrased.
On the plus side, he has now persuaded his sister to come out of her room occasionally. If only to do laundry.

1 Yeah, I'm guessing if you look up mimidoshima, you'll find a picture of Megumi talking about all the imaginary dick she's had.

2 Actually, I did have to look it up. Alas, the entry was not illustrated.

3 Girl in pink improves some. Class rep doesn't precisely -improve- but at least doesn't do anything squicky (might be a lack of screen time...)

4 I skimmed through some of the scanlations and found a scene where Megumi is exposed.

5 Now you understand why I said that Megumi's face asks for a brick. In two more episodes, you'll see why Elf is the BEST GIRL. After that, I guess, Muramasa is going to make her entrance, although that part wasn't broadcast yet.

If Our Hero wasn't trapped by anime logic, I'd say bookstore-chan was the clear winner in the girlfriend sweepstakes, but she's far too sensible and appropriate to get anywhere as a haremette.

Fan artists have of course voted Sagiri the #1 moe-moe-fuckdoll of the season, but Elf has her fans.

Now you understand why I said that Megumi's face asks for a brick.


"I don't know any of these people and I swear I have nothing to do with any of this officer!"

So.... You're supposed to be Princess Emillia, from Re:Zero, right? 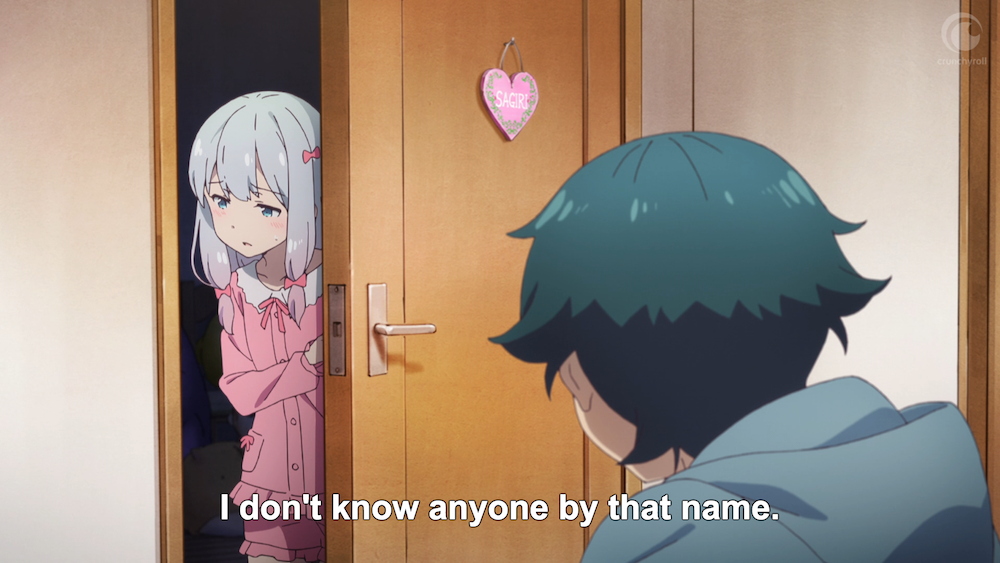 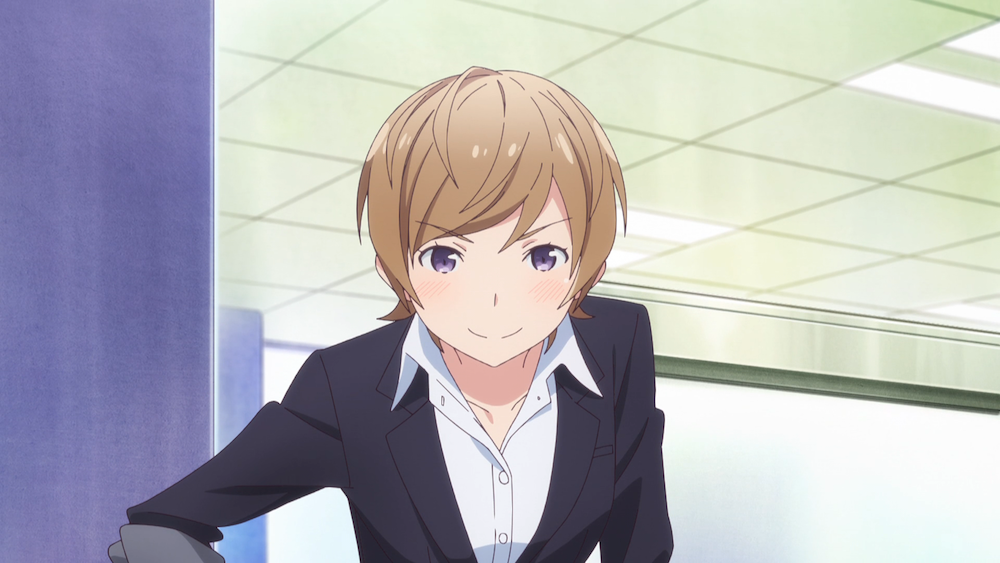 What are we prattling on about?

Eromanga Sensei has a dumb as rocks premise, but it's extremely well done for what it is.

Our hero, Masamune Izume, is a light novel author...in high school, who, being recently orphaned, has to support his younger sister, Sagiri.  Complicating this is the fact that, aside from the most fleeting glimpses, he's only seen her once, briefly, when she was adopted after HER parents died. You see, she's a hikikomori, presumably because there's been a lot of death in this tweener's short life.

Masamune has been particularly fortunate to land the services of a noted cheesecake illustrator on his latest novel series. He's never actually met the dude, but the artist helped to make his latest trilogy enough of a success that our hero is making a decent living...and loosing his anonymity, This is beginning to further complicate his already hectic life.

This being anime, things take a turn for the weird when series of conversations during and after a book signing and an obscure website set our hero on a path to discovering a shocking secret that will change his life forever!

Hijinks ensue. His sister is his illustrator. That's pretty much it.

This was a really solid first episode and except for one gratuitously tasteless gag  at 14:29 this is really cute show, though I'm not sure how far they can go with this.

1 Ayame is a massive bomb, no doubt. But she's largely outside of the action. In any case, Elf is the best. Just wait for ep.3 to see why...

2 The world may be coming to an end... both Pete and myself appear to agree upon a show. 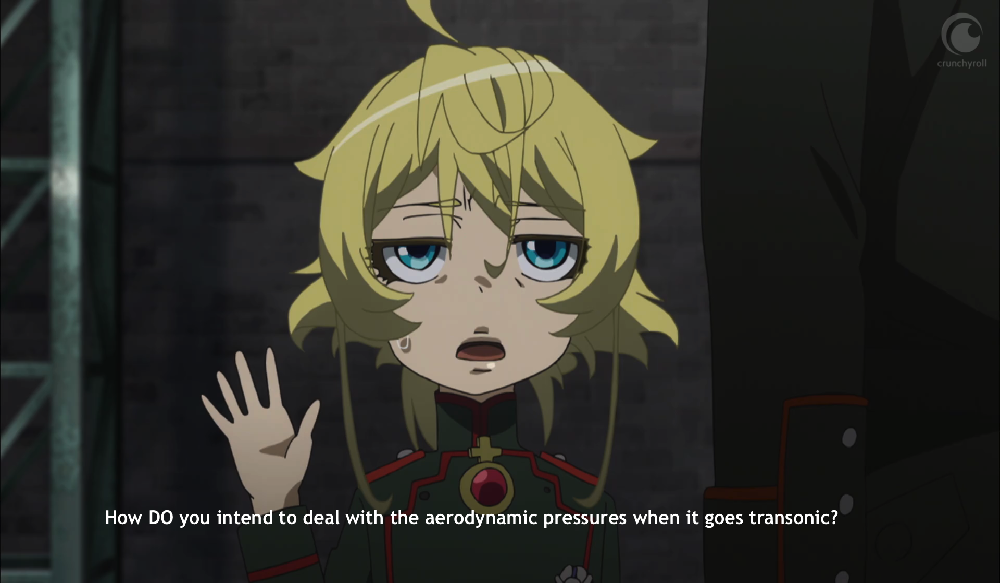 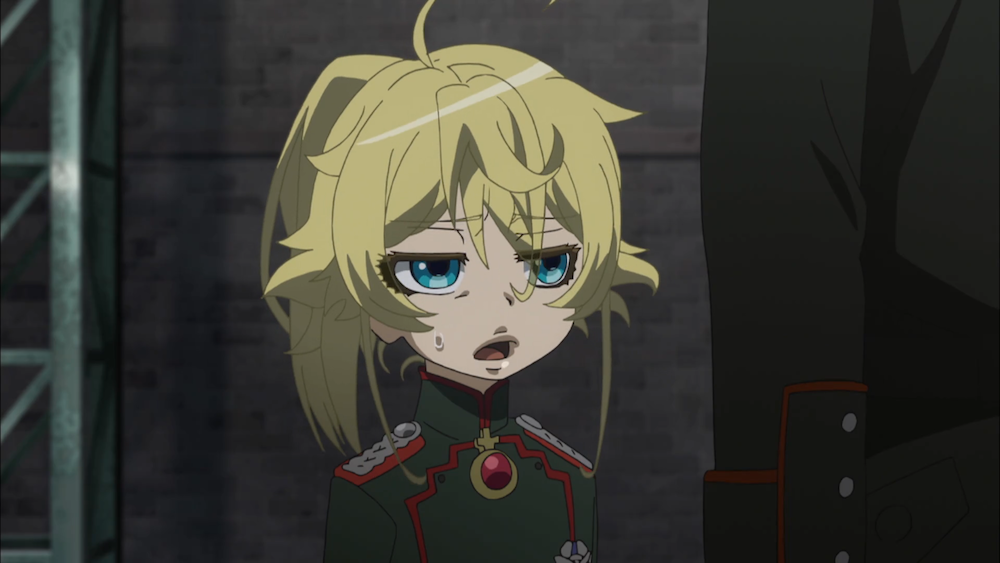 From episode 11 of Tanya the Evil which has graphic violence and black humor to go with its poor role models.

1 Ah! Someone else IS watching it!

2 I watched it as it was airing, because Avatar demanded I do so.

5 I had not heard of this series.  I don't know how I missed a show called "The Saga of Tanya the Evil".  I watched the first episode last night, after which I discovered/was reminded that I had not renewed my Crunchyroll subscription last year.  If she was just snarky or deadpan I don't think the show would really go anywhere, but the character moment at the end of the first episode, if that actually continues to play out that the title is accurate, should prove to be interesting.

6 Ben, undoubtedly you missed it because it went under the name Youjo Senki in most places.  That's hardly a memorable title, neh?

7 Lessee...that would be something like "Young Girl Record of War", sort of.  Which sounds like something I would probably avoid.  Unless there's some wordplay with "Senki" that I don't know about.

1 I really like that Artichoke Hearts one.  I gave up on Tamako Market after maybe two episodes, but it does look pretty.  And the song and editing are great.

2 The preview image on that one is cute, until I saw who the character was better.

4 Dark skin purple eyes, cute face. then I saw she was very little compared to the rest of the cast. I don't swing Loli. (Slender, yes, Loli, no.)

5 Swinging Loli's is exactly what you're supposed to do.  Although it's still creepy if you're a grown-ass man and not related to said Loli.  Now, if you would have said "I don't do Loli," then you're right.  That's exactly what  you're NOT supposed to *do*.

But more seriously, I wonder if these days it's even possible for someone to make a RWBY AMV without someone getting shot with an arrow.

"I was a Huntsman like you once, but then I took an arrow to the chest." 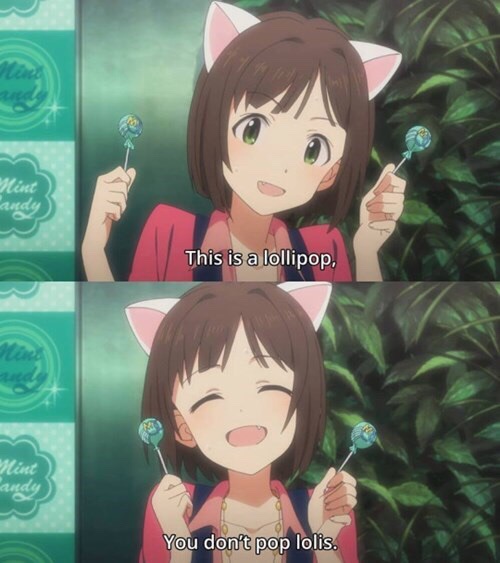 ...I hope this helps to clarify matters.

9 Shouts of "Stop!" are supposed to link here.

10  Thank you for your sharing. Thanks to this article I can learn more things. Expand your knowledge and abilities. Actually the article is very practical. Thank you!
subway surfers