Not that I'll be able to see it for a while but I blundered into these 3 .gifs from K-ON! this evening. Not having seen the series, I lack any context but they seem to show one of the protagonists enthusiastically enjoying, respectively, a waffle, a chair, and some acid. The animation and art seem to be to Kyo-Ani's usual standards. I'm still looking forward to this.
If anyone has a review feel free to link to it in the comments.

UPDATE: Avatar has thoughts on this and several other recent shows. He seems upbeat overall.

1 If anything, the art's significantly below KyoAni's normal standard - the character animation is loose as hell. The best is quite good, but the average isn't nearly as high as usual.

Basic plot is that spacy protagonist gets lured into the "light music" club (thus, "kei-on"), which has three musicians looking to form a band. They need a guitarist, but Yui's never touched a guitar in her life. She's also got the attention span of a gnat who's been mainlining speed and Red Bull. Hilarity, as they say, ensues.

Not so far off, actually.  It's not a waffle, though.

3 Spacey but she has a "whim of iron." The episode in which she acquires her first guitar is hilarious, since I've know the same thing to happen with a budding teen musician, "bright, shiny, pretty!"

4 Nice try "Stephanie" Or should I say Vladimir Spamkovik. Pretending to be a girl on the internet was your first mistake. Pretending to be a girl that's actually interested in ME was so laughably improbable that you couldn't have gotten Charles Fort to believe it. You're a bad spammer and a bad person and will never amount to being anything other than a punch line or a swear word. Quit now, wash your hands of this failure and go find work where you are not a living embodiment of the Peter Principle.

This imaginary young lady has something to say to you as well. 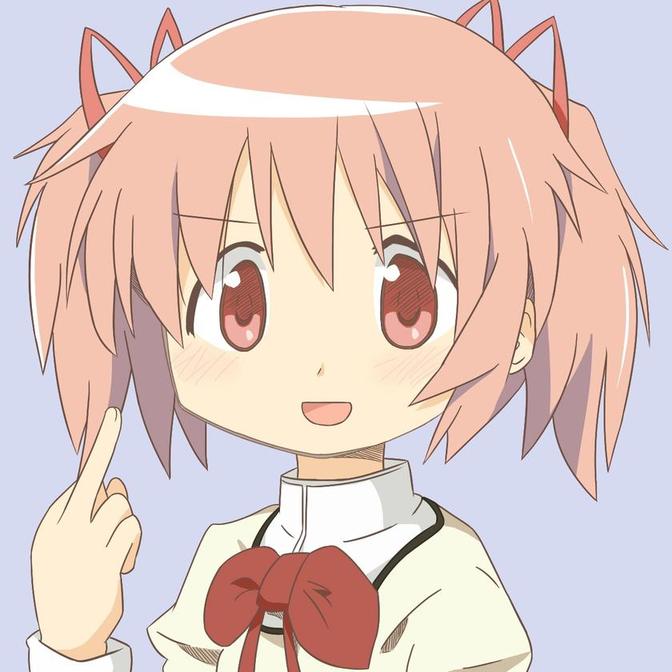