Ahhh Vocabulary.... Tonight, due to a certain series of events, I found myself looking up the word "Therian".  After some initial confusion I found that which I was looking for...and yet did not need to know.
This in turn caused me to ponder the additional befuddlement that might result if any of them find themselves 'connected' to a platypus.
Pondering such ponderables is not particularly productivel. Thus, we'll try to atone by posting this bit of art for Ubu, who has pointed out some information that looks to be worthwhile indeed. 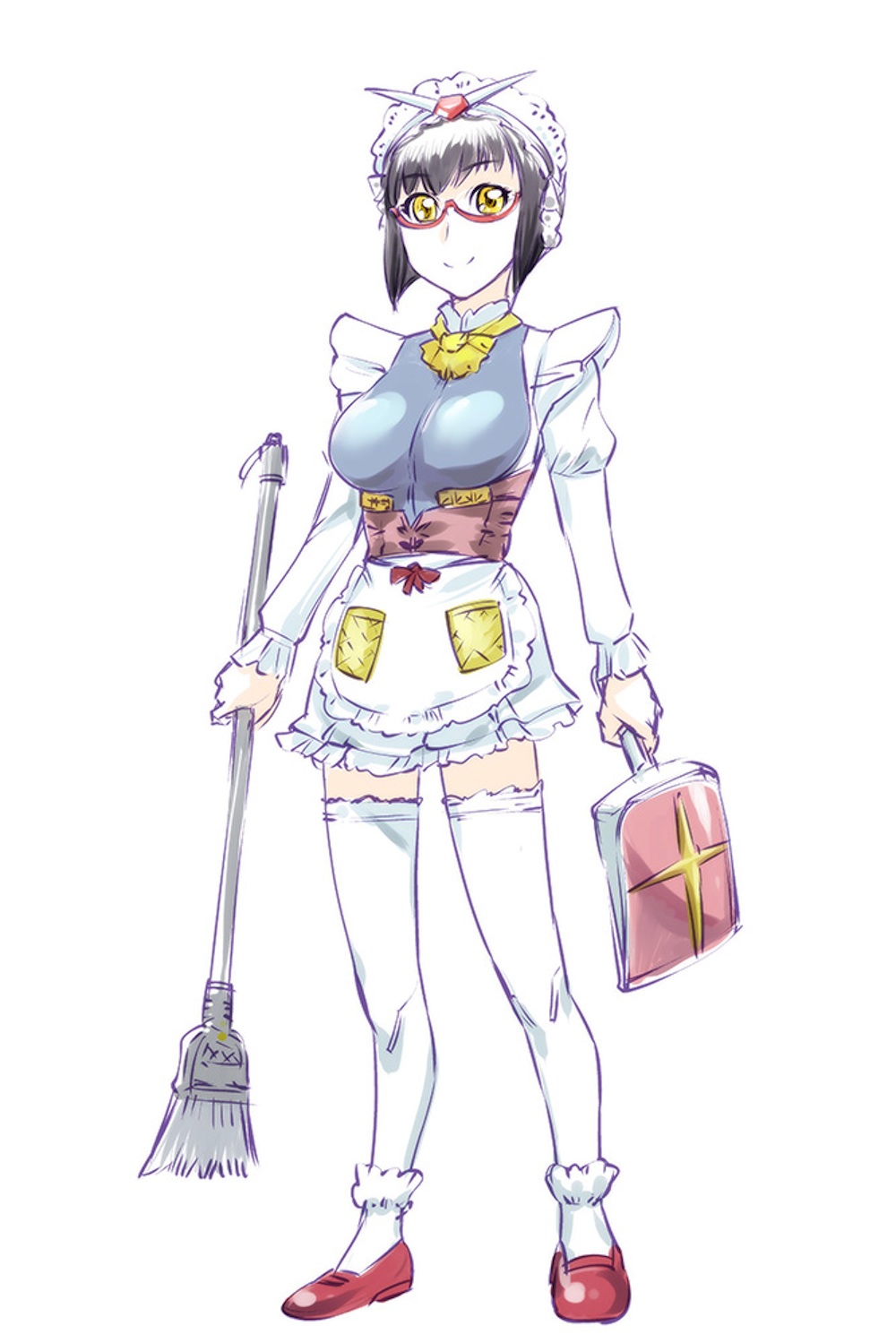 So...What's On ?
I'm suffering from acute fogeyism.
Most of the best anime shows I've watched recently have been recommendations. Now, I sit and look at the current and approaching line-up and see a vast wasteland, but there must be something that doesn't suck.
So what's good in the world of anime?
As "Good" is highly subjective, here are the shows that I've most enjoyed over the years.
more...

1 My luck with recommendations is terrible. Nanoha almost made me quit anime altogether. Railgun was the only show where I loathed characters enough to think how I would kill them (I think poison is the best: works on teleporters). AsoIku took me 1 episode to drop. Mouretsu lasted 5. Other heavily recommended shows that I happily dropped without much drama included Minami-ke, Mai-HiME, Ai yori Aoshi, Princess Tutu, Clannad, Magic Users Club, Hand Maid May, PlanetES, Macademi Wassoi, true tears, Kurau, and a few others. Not all were terrible. In particular Princess Tutu is a masterpiece. But nonetheless, the recommendations didn't work.

2 Giving recommendations is difficult and I hate to do it but since no one else has I'll take a crack at it. So, with a grain of salt, I'd recommend:

3 From the above, I'll second Ai Yori Aoshi, Magic Users Club, Hand Maid May, and Macademi Wasshoi as good fun series.  Ichigo Mashimaro is great, as is The Girl Who Leapt Through Time.

As for current shows....  I kind of like the one with the rabbits.

Desensitization
I had never thought of A Certain Scientific Railgun as a particularly cheesecake heavy series. Even the "beach" episode seemed pretty demur to me and the lead heroine's habit of wearing shorts under her skirt appeared to be a nice mockery of the squalid trend of gratuitous panty shots.

It turns out that I must just be desensitized to this sort of thing.  Someone named "John" has summarized the entire series in two minutes and forty three seconds and t turns out that the series is nothing but cheesecake and violence (not necessarily in that order).

Also dudes in wolf masks, which my desensitization caused me to miss on the first viewing.
Seriously though...

Just over a month and a half after watching the first half of the series I finally got around to finishing it.
My verdict: This show is pretty darn good.
A lot of full length series fall apart towards the end. This one did not, and provides the audience with very satisfying conclusion.

Furthermore, Mikoto Misaka is one of the more likable female leads in recent years, being decent and well grounded as well as very smart. She's also believably written, as are three of the four leads. As for Kuroko...well she's quite entertaining, though she is....well....she's flawed*.

Don't whine Kuroko, you know it's true.
The series writer, Seishi Minakami was a protege of the late Satoshi Kon (and did the screenplays for both Paprika and Paranoia Agent) and he throws in little non-explicit bits that develop the characters with some subtlety. For instance, there is, occasionally, a mention of Mikoto collecting merchandise from some Sgt. Frog inspired children's show. In most shows this would be a bit of perfunctory 'cute' ticket punching. In this show, the little frog fobs actually come off as poignant. They speak of a girl who because of her power, had to grow up a lot faster than most and as she approaches college longs for the childhood she skipped. Saten is well intentioned, hard working and quite brave, but she's occasionally quite obnoxious to Uiharu. She's a teenager and the stress and anxiety of not having any powers (in a world where they often define one's worth) is causing her to act out a bit.
Even the episodes that at first glance appear to be filler, (with one exception) manage, in retrospect, to develop the characters and/ or advance the plot.
Note that if you clicked on the video above, it includes about EVERY bit of fan service in the 720 minutes of the series and removes some context in the process. 'Railgun is surprisingly light on the cheesecake. While it's not entirely kid friendly in that regard, Mikoto is an unusually admirable heroine, the show pretty much renounces nihilism and it extols the virtues of decency.
This series was a thoroughly enjoyable ride.
Amongst all the teenage-superhero-highschool-cop-shows this is one of the best. Even without that significant caveat A Certain Scientific Railgun is well above average.
(*She tries (and fails spectacularly) to drug and presumably molest Mikoto at least twice...I mean good Lord, she's pretty much horrible. The only reason she's a "good guy" is because she feels personally invested in her identity as a Judgement officer, likes the power she gets from the job and is the vector for getting Mikoto and the others involved in the larger story. Yes she's comic relief, but.... )

1 Personally, I couldn't stand her, and her over-the-top lesbian possessiveness really just yanked me out of the story every time it reared its ugly head.  Nobody acts like that, and if they DID, nobody would put up with it, let alone room with it.

2 Well, she is a level 4. That makes her basically an aristocrat.
She has all the sense of entitlement that Saten thought Mikoto would have but didn't. What's worse is that outside of her dorm she can probably get away with it.
I don't think Mikoto takes Kuroko seriously as a threat because she's so much more powerful and being a genuinely good person, she doesn't fully grok the depths of Kuroko's depravity.

It's not clear what Gekota is, but it isn't inspired by Keroro Gunsou.

Yeah, Mikoto is pretty much a nice person. It's part of the canon that she's the only level 5 who isn't a raving psycho. What's most unusual about her is that she hasn't been corrupted by her power.

4 Steve, there IS one other Level 5 that's not psycho.  He isn't given much screen time in both Manga and Light novel, and for the most part is a hero of another story.  He also thought he's in a completely different genre story, and act accordingly.

It's also true that Accelerator undergoes a life-change after he's been shot, and begins to be a nicer person.

You're talking about Sogiita Gunha, of course. He's not a psycho, but he's apparently completely delusional.

I've often wondered something: After Accelerator, #1, gets shot, his power level declines. And Teitoku, #2, ends up dead. Doesn't that mean that Mikoto is eventually the strongest in the city?

6 By the way, about Mikoto's shorts: It's actually a plot point. The Sisters wear the same clothes as Mikoto, the Tokiwadai school uniform. But... they differ in two respects. First, every Sister wears night vision goggles, pushed up on her forehead if not in use. Second, all the sisters wear blue-striped panties instead of shorts. Which Touma finds out fairly early when he meets a Sister for the first time (in the first Index series). It's been a long time since I watched that, but I vaguely recall a panty closeup.

7 I think the reason Kuroko gets so much leeway from the audience has a lot to do with her seiyu, Satomi Arai. It takes a great talent to pull someone that depraved off. To add to her deplorable character, although I don't know if they mention this in the series, apparently Kuroko forces Mikoto's roomate, who is somewhat abusive towards Mikoto out of her room.

Sogiita Gunha is more prevalent in the light novels, and is featured in the most recent manga arc. The infrequency of his use may mean his future role might be very interesting. His potential is noted by one of the more powerful players on the magic side.

This is the first series (along with Index) that inspired me to read the translation of the light novels at Baka-tsuki. As Brickmuppet noted, they are masters at dropping as much as a scene or as little as an item that becomes important later on.

8 One wonders if she wears blue stripes under the shorts....

IIRC, the goggles are not exactly night vision, but a means to give the sisters a sense of the electric fields that Mikoto is capable of sensing naturally.