RWBY Season 6 After the dumpster fire that was the end of last season, RWBY's latest 8 episodes have been something of a shock.
A pleasant one.
Each of these episodes has had more plot and character development than the last half of last season, and most have had more action too. The fight choreography has risen in quality exponentially to levels that would make Monty proud and the show has managed to make the monsters scary again, with some episodes very effectively conveying a sense of existential  dread.
Even the most recent episode, where a bunch of characters desperately run around in circles not killing or breaking anything because someone forgot to leave a note, managed to advance the story while developing characters... ...and torturing them.
I've been quite impressed with the season, but I'm now on my guard. The halfway point is where the last season went off the rails, crawled into its own navel and imploded, so this could all go to worms.
On the other hand, this season went "off the rails" in episode one and has doing great things ever since, so I remain hopeful.
I certainly will be watching it.

1 Huh, I'm not sure I even knew there was a season 6.  For some reason I kind stopped watching...wow, I guess S5E1 was the last episode I watched!  I'll probably need to go back and watch at least all of season 4 to be able to catch up.

2 Binging the whole thing someday might be in order. 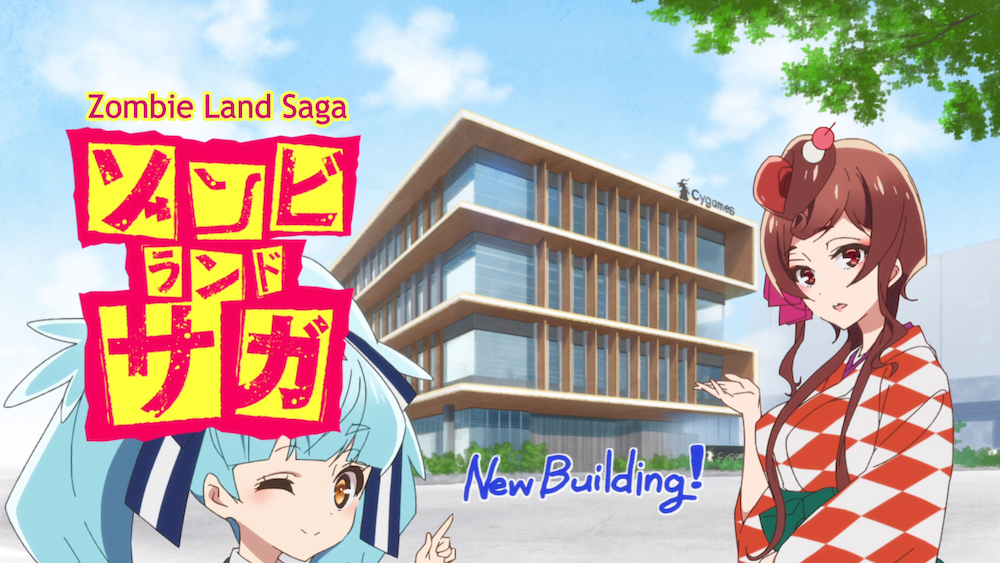 ...however the whackadoodle story sort of deepened towards the end and the show provided a quite satisfying ending that was not nearly as predictable as I'd thought it would be.
A couple of threads were left hanging, some of which are tossed aside in such a way as to suggest a sequel... Which is almost an odd enough premise to work.
This was a 6 hour long idol show that doubled as a commercial for the Saga Chamber of Commerce. By all rights, given its purpose and premise, Zombieland Saga should have been a painting by numbers mess, and yet it ended up being a quirky little gem of a show.   Even the Trapchan arc was handled quite well. Rewatch value is not particularly high, but if you were put off by the whole zombie thing in the promotions, or just missed it, I strongly suggest you give it a shot.

Well, My First Post After Coming Back Was a Bummer.... Here's something that's both seasonal and more pleasant.

In the Terminal Phase of Late Stage Education The content drought will continue until both final drafts are polished and I get sleep.
However, this looks to be potentially consequential and needs to be shared.
Note that if the video begins to smoke you should back up to a safe distance and if you are pregnant, elderly or have eaten in the last two hours you might not want to watch it repeatedly. Also, it appears that there are copyright issues, so it may be good to not talk about it too much...especially at work.
Other than that it looks quite promising.

1 First mainstream game announcement in years that has pushed my pre-order button.

2 I haven't pre-ordered it, but I will be keeping a very close eye upon the game indeed.  Once I start hearing things about plot, gameplay, etc, then I expect that I'll get it.
And probably be disappointed.  If Fallout 4, a game I was actually somewhat invested in, has made me sigh with sadness over what could have been, what will this do?