An Utter Failure...at Destroying Childhoods Disney has put the first two episodes of Duck Tales online.
This is really well written and surprisingly faithful in tone to the 80's Cartoon, but even more so old Carl Banks comic it was loosely based on.
Via
The characterizations of the kids, (er ducklings)are way better I was particularly relieved with what they did with Webby, who is a really neat character.

1 Wow! Especially the bit at the end.

Just Received A Brief, Terse Text It contained information on how to access the following file...
I'll leave it to you to asses its importance.

1 I've heard a little bit about this.  Something like Attack On Titan, only with kaiju.  I find it incredibly interesting that the Godzilla model is a cross of the Millennium design with the Legendary design, rather than aping the cartoon character that Anno created.

2 And Polygon, the same CGI animation folks who did Knights of Sidonia.

Attack on Titan Season 2 Attack on Titan continues to be unpredictable, generally well animated and interesting. It is also a seinen show and keeps the attention of its adolescent audience by tempering its introspective moments and thoughtful observations with  amazing action scenes and visuals that frequently go beyond graphic to full on baroque in their depiction of carnage.
This space intentionally left blank.
After all the hints in season one, they are finally exploring what the hell was (and is) behind the calamity that inflicted  implacable solar powered cannibalistic giants upon society.
That actual expository plot is kind of incoherent and at the end of the series we still have no idea what is actually behind this calamity, except that there appears to be a conspiracy of some sort. The whole thing is treated as the MacGuffin that it is.
The show's strength, however is in how its characters react to their frankly insane and increasingly hopeless situations. 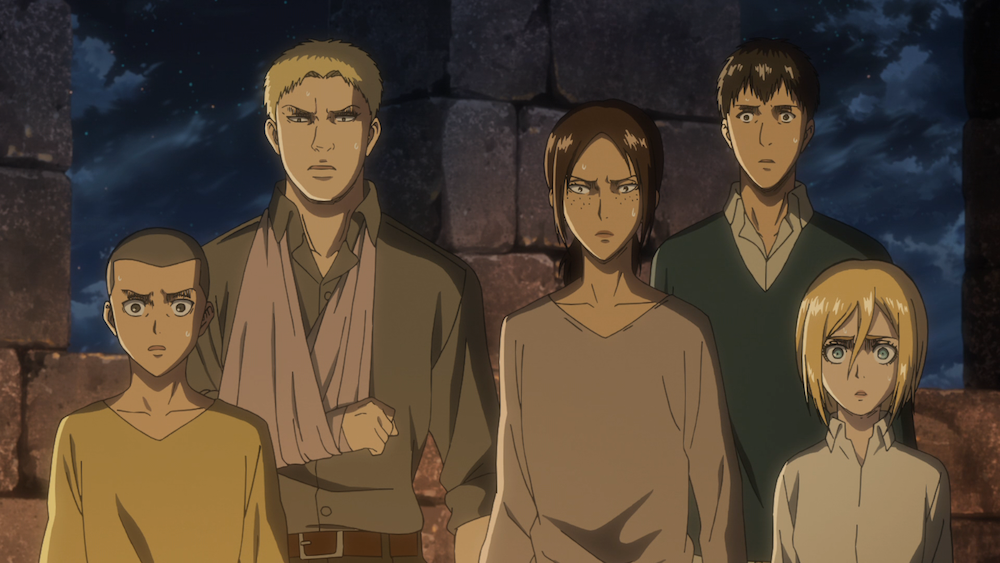 Mercifully not pictured; their situation.
This is a show that's had very good characterizations...except for the main character, who seems to be a parody of a shonen protagonist. He's not at all lacking in courage or determination, but he's not particularly good at his job. The side charachters however, are fascinating and intelligently written. Several of them are quite likable too... 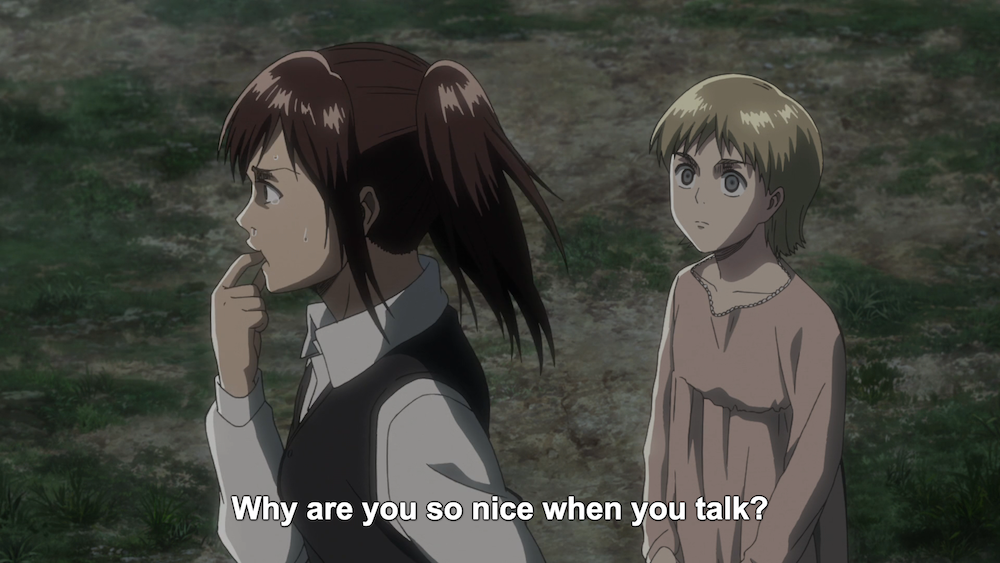 The moody direction and sense of trancendental dread of the early episodes of the season are not as well handled in the latter half, which relies on increasingly bizarre plot twists, and breakneck pacing only interrupted by an episode of fairly non-expository dialog that seems to have been placed there just to get to the requisite number of episodes.
Despite that and its gruesome visuals the series is still interesting enough that I hope they do another season. Its splatterpunk tendencies notwithstanding, the show manages to have some remarkably effective and even subtle horror. It has quite a bit to say about the importance of redemption, as well as the nature of true heroism.... 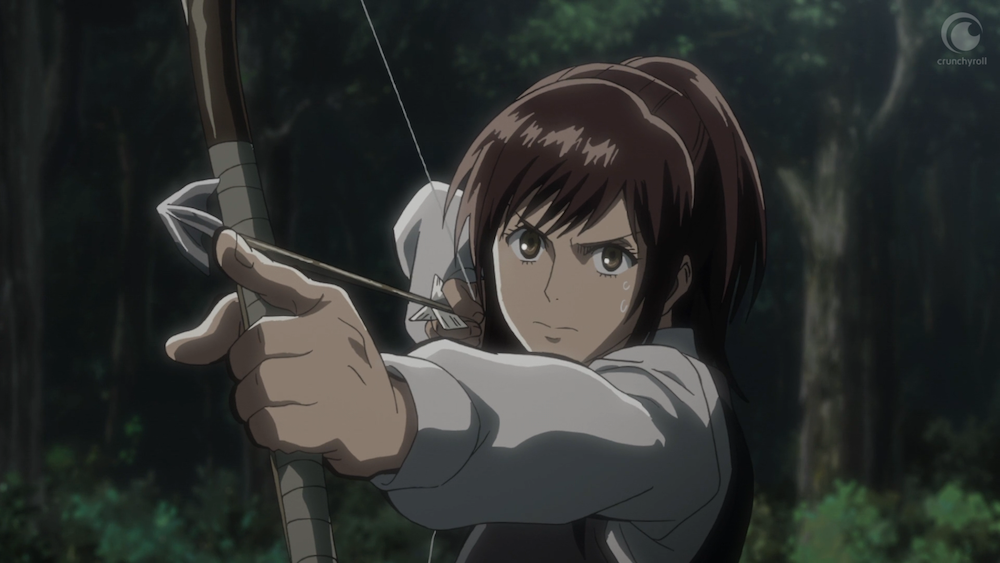 ...the 'last stand of Potato Girl' being particularly epic in that regard .
The show was wildly uneven and should not be watched while eating, but it remains surprisingly interesting.