Asking The Important Questions
What would you do if you could change one thing about the past; if you could undo one action (or inaction) that had precipitated a cruelty that's caused heartbreak and torment all the days since then?
Would such a miracle, picking at that central thread of a person's life, unravel the tapestry of events that created who that person is (or was)?
Would it reduce formerly dynamic and driven people to directionless husks of themselves without any of the things that had inspired them to strive and stand out?
Or would it be awesome....with a giant robot fighting for justice... that one time. 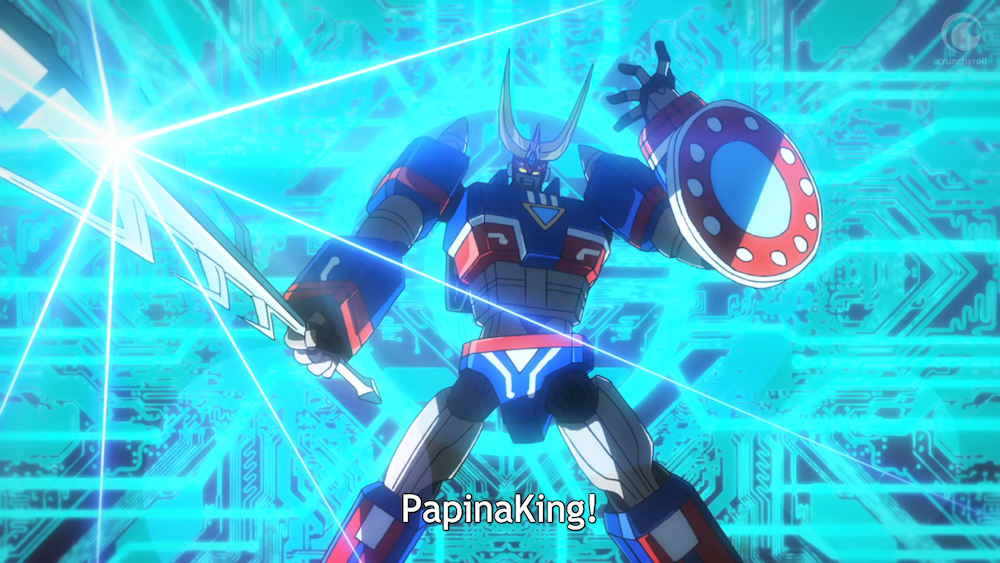 What if the only sane person you regularly interact with is your evil nemesis, the the leader of the magical autism squad? 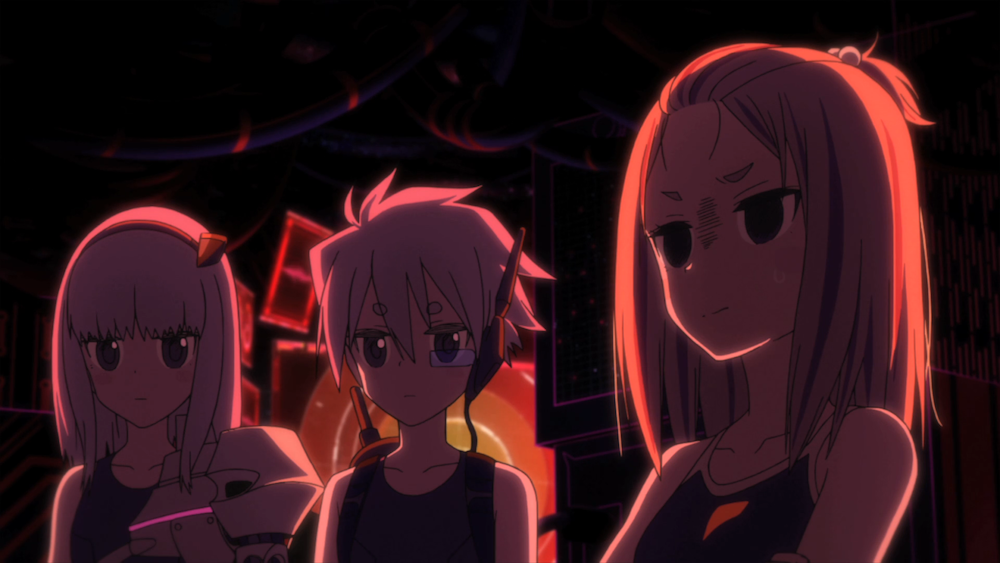 " I wonder if this is what hell is like?"

What's it like in hell anyway?
Flip Flappers....I've got no idea what this series is about. But, I'm going with this for now... 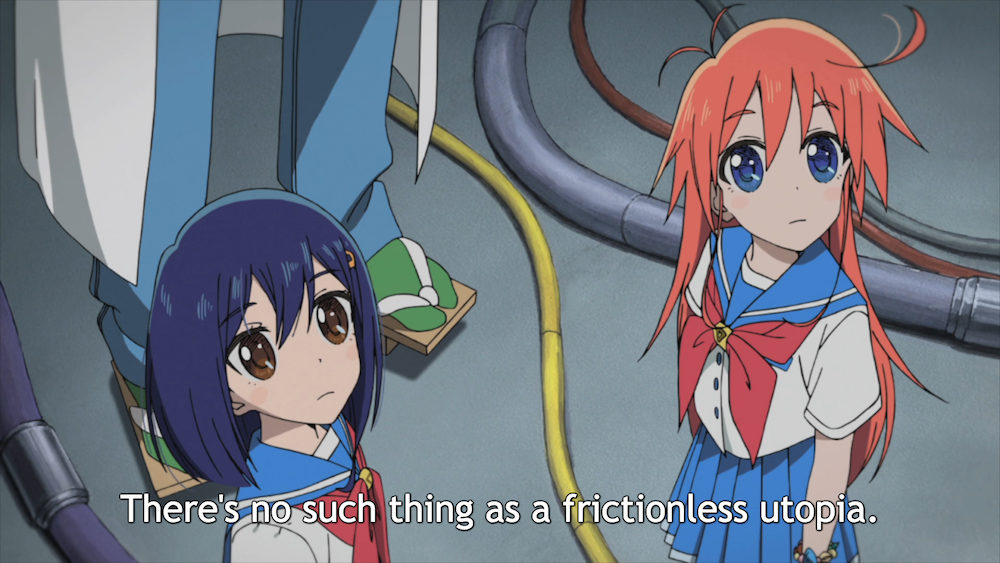 This show is cute, it's whimsical, it's high-octane nightmare fuel and it is brilliantly put together.
It is also blazing new trails in the fashion and technology of legwear. 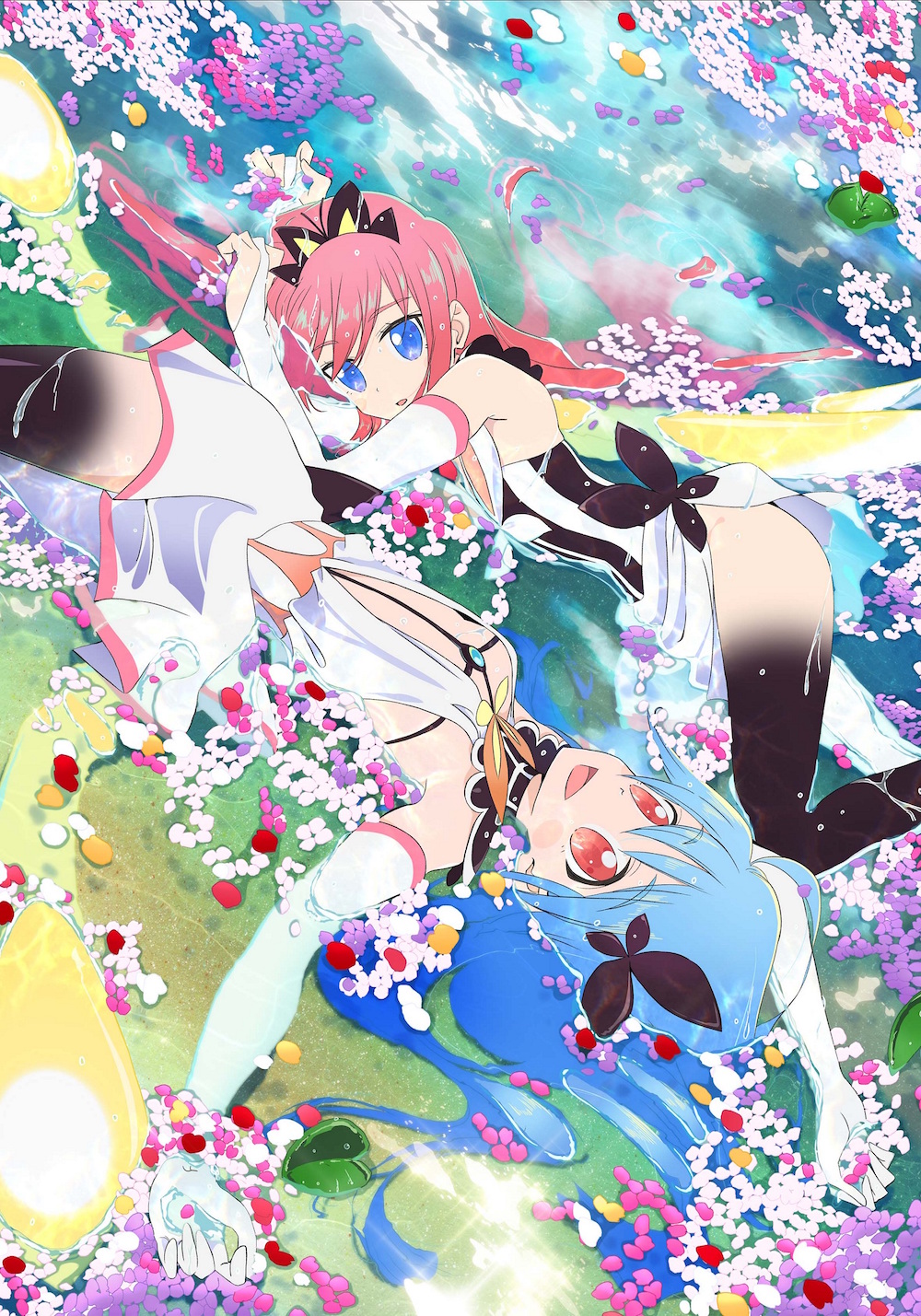 It is NOT however, a reliable, peer reviewed source of information on rabbit anatomy.

2 I'll have to go check it again, last time I ran into the limits of what CR will show me without money. (And considering how long I go without watching things sometimes, money would be poorly spent.).

3 It's also available at Viewster.

4 There's even fan art of that kinky villainess from the (third?) episode. I actually found out her name from the Gelboro tags, although I've forgotten it now.

A Note of Passing Interest to Someone I'm Sure It appears that Hayao Miyazaki is making another full length film.

RWBY 4-2 There's no actual action in this episode, but a lot of stuff is established.
Ruby keeps having nightmares about Pyrrha and keeps hearing her voice at night.
Do you remember when the backgrounds were an afterthought if they were present at all?
We do get to see Weiss. Her family life is about what we'd come to expect.
Our heroes reach the village they've been looking for only to find it razed. The lone survivor explains that it was bandits, followed by grimm...and expires. Ren and Nora recognize....something.
Ren and Nora's history has only been alluded to obliquely. It is known that they are both orphans and strongly implied that they are the only survivors of their village(s?).
We do find out what Ruby's been hearing at night.

Jaune's been drilling at night, away from the party, but just within range of Ruby's hearing, using a recording of Pyrrha. 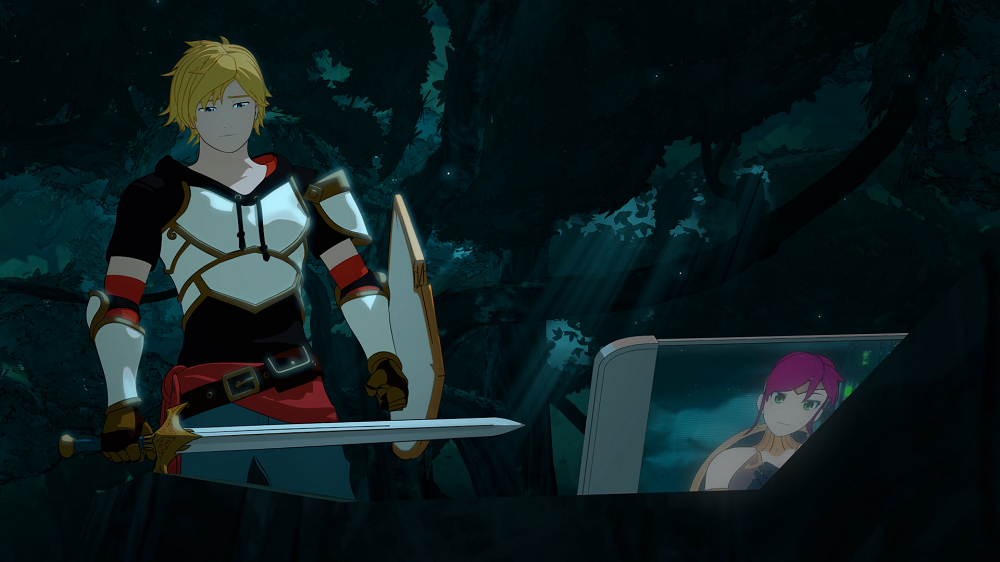 It looks like, in that very bad week for her, before she died when she feared she might "die" in a completely different way, Pyrrha made some videos for Jaune to continue his training without her. This REALLY was a surprisingly poingniant scene, and it made perfect sense, in the context of the show.
This was a solidly written episode.
This season is off to a stellar start.

Flip-Flappers
It's pretty clear from the title what this show's going to be about...
When two teenage girls trying to make it as real estate speculators in Prohibition era Chicago decide to compete for top prize in a dance contest at a local speakeasy, they manage to run afoul of the mob, some cultists, a Bolshevik plot and an inept gumshoe. Our heroines must cope with bandits, biplanes, and 10,000 bullets as they...
Wait...

That synopsis may not actually be entirely accurate.
Good Grief! This show's title is completely misleading.
OK, I have NO idea what is going on in Flip-Flappers, and can't even make a guess as to the etymology of the title
But I kind of like it.

1 Amazingly, CR is letting me see it in high rez. It is interesting. The style is so loose, it makes me think of some of the really old hand-drawn anime from when I first started watching. (I wanna say Leda or Birth, but it's been so long I can't be sure.).

They're really not sharing a lot of information with the Audience. Nary an Infodump, and even the scraps of what's going on aren't very informative. I guess they really want us to concentrate on the relationships there.