Cold Wind Over at Chizumatic, Steven explains why he feels a cold wind blowing. Oddly, this is based on the small number of ads in Protoculture Addicts, which is basically a very professional fanzine, however I fear his chilliness is not unwarranted, as has been suggested more than once .
There is some interesting discussion in his comments. Go ahead and comment over there. 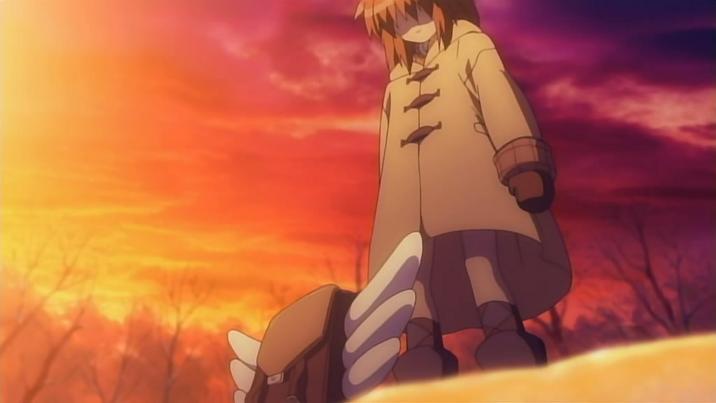 Dr. Who Season 3  I've watched the DVD set of third season of Dr Who over the last few days. 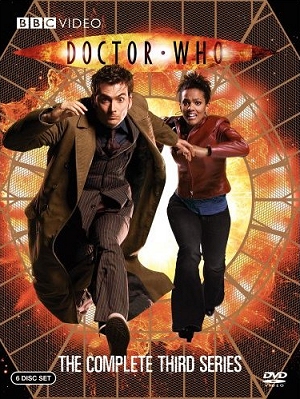 After the stellar first two seasons I had highly anticipated this.

Good points:
About the hottest "companion" ever. Freema Agyeman give a superb performance as Martha Jones, a savvy, and gorgeous med student who joins the Dr. on his trips through time and space. Martha is sharp as a tack, a fast learner and quite level headed.

Capt Jack is back! Woot!

Daleks...screeching and killing (while screeching).

The cat dude in the traffic jam...and his family.

Bad points:
Most of those stories were saddled with tedious subplots ripped  from the headlines of...er...ABC afterschool specials.

Not enough Daleks screeching (and killing while screeching).

The 'Docktah' is not just PC, but seems to be channeling Leon Kass at times.

Pig people...which go a long way to cancel out Daleks....

The Doctor comes off as even more of a pompous, callous ass...

Very uneven season, most disappointing were the Dalek episodes, (which was a very interesting concept muddled by silly, unnecessary subplots, pig-people and a high pitched squeaky voice) and the season finale, which started off absolutely superb, built fantastically and petered out with a Gainax ending of sorts. "Kumbyah "is not an acceptable way to end a trancendental alien threat

Nevertheless it was, still enjoyable, though it is by far the weakest of the 3 I've seen thus far. I hope this trend doesn't continue.

1 Bring that DVD over this weekend, I'll see if one of my many players/drives likes it better. "Blink" is, of course, the best episode of the season, thus it would not play for you.

On Hunting, FanGirls and CatBlogging Hunters... 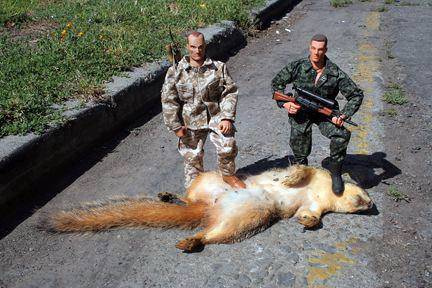 A fangirl relaxes with a good book.

More importantly, at the end of said post he  reveals  that  Welcome to the NHK volume 4 is not just a forlorn hope to be cruelly dashed...but an actual tangible item available for purchase! He has spoileriffic video to prove it! 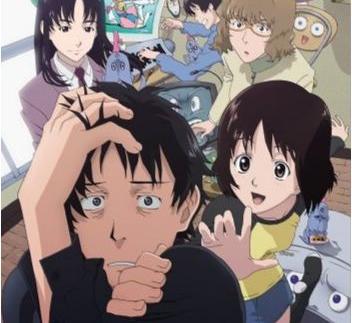 This black comedy is tasteless, merciless, and sadistically cruel to its target audience. It is also one of the better character shows in recent years.The neurotic ensemble is very well realized and several of the characters are actually quite poignant.

One thing that is remarkable about this series is the dub. I'm more tolerant of dubs than many fans as I often am doing other things while the TV is on, however this, hands down, one is one of the best I have ever heard  for a TV show. Only Black Lagoon had voice acting and direction this good.

As to volume 3, it was excellent and the ending left me really fearful of the possibility that #4 would never ship due to ADV's recent issues.

( Being slow, I did not realize what was up until she tossed the cellphone.)

Anyway, I highly recommend this show.

Please avail yourself of spoiler tags in the comments.

1 Yeah, the dub is surprisingly good.  Unlike you, I'm generally a sub-only viewer, but when I went back for some screengrabs I played the dub out of curiosity and was impressed.  Once the whole series is out on DVD I might go back and watch it through again to see if the dub held up the quality throughout.

2   I've found most dubs mediocre but passable, a few have been quite good and this is one of the few that is superlative. In some places it's better than the Japanese track.

I picked up volume 4 today. Very nice... "How could anyone call YOU a failure!?....You're a level 31 magic night with a spirit sword!"

"There's a lot more to this Moe thing than I realized!"

4 You really should just delete that. It's a link farm.