A Place Farther Than the Universe (eps. 1-3)
What a wondrous age we live in! Despite having run its entire 13 episodes over the winter A Place Further Than the Universe can still be watched on Crunchyroll, and that is a wonderful thing because it would have been a crying shame to have missed this show.
Mari Tamaki is inert. Suffering from an excess of anxiety and a deficit in motivation, she suddenly realizes to her abject horror that she's accomplished nothing of note in her entire life. No achievements beyond the most perfunctory, no books written, lovers loved, children raised, careers, or adventures of any kind have punctuated her monotonous existence.
She's also 16 so she's in a better position to rectify this sort of deep and profound personal failure than most of us.
After several false attempts at breaking her life's cycle of unrelenting banality, she notes a young lady drop something while rushing to catch the train.
Oh look. Foreshadowing!
When her attempt to return the item fails, she notices that it contains 1,000,000 yen. The girl was wearing a uniform from Mari's school so our heroine tracks her down and eventually reunites Shirase Kobuchizawa with her cash. As this is Japan and not an America high school, the money is not the result of Miss Kobuchizawa selling reprocessed fentanyl to the gym coach*, but rather money that she's been tallying up from various part time jobs with a specific goal in mind.
Shirase Kobuchizawa wants to go to Antarctica.
You see, Kobuchizawa's mother was an Antarctic researcher. 3 years prior, Mom went to Antarctica as part of a research expedition. In the process she encountered some mishap, and no body was ever found. Just before she left Mrs. Kobuchizawa had written a book (titled A Place Farther Than the Universe  ) , a copy of which Kobuchizawa gives Mari.
Mari is quite impressed that Shirase has her act together to such a degree, and is working towards a genuinely outre' and interesting goal. She asks to help and tag along in hopes of doing....something...and so the adventure begins. 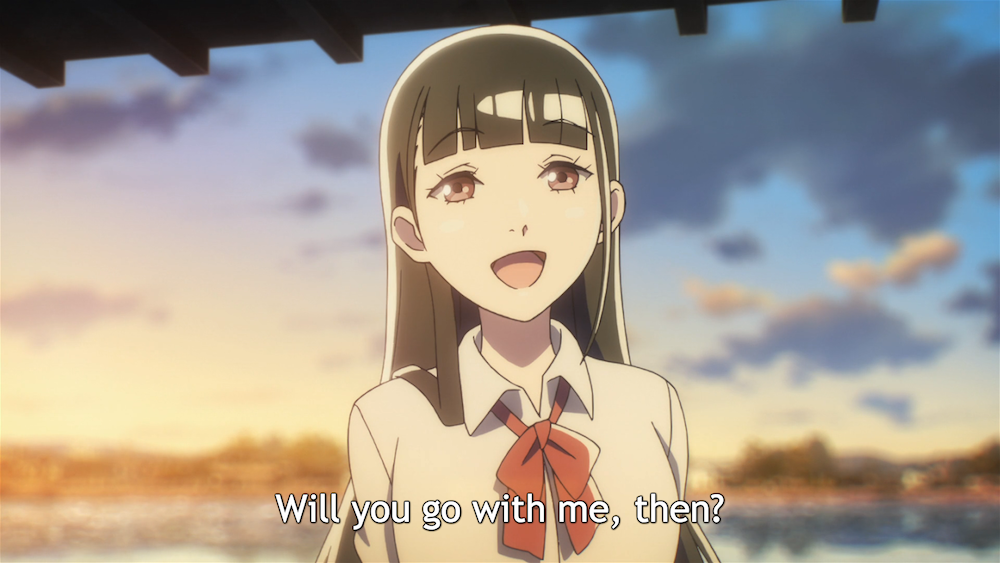 The show has a very different style than most. Live action backgrounds are used occasionally and the animation, while top-notch, gives off a very experimental vibe. In some ways it reminds me of a visual novel in its look. This is a genuinely well done show on all levels.the characters are surprisingly well realized and are pretty believable as precocious 16 year olds. That is, they alternate between determined, clever, naive and...dumb as a box of hair...much like actual teenagers. 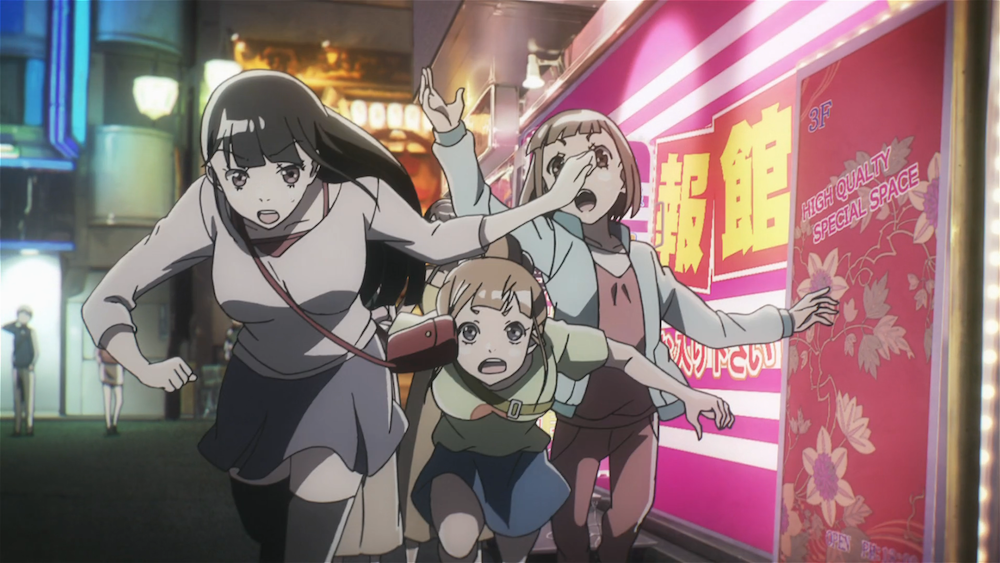 "Wait...THAT was you're plan?"
Other characters include Yuzuki Shiraishi a lurking cultist a successful but lonely singer and You-Tube personality, whose character type is somewhat cliche' but is beautifully handled here. Her mother/manager/slave-driver has signed her up to do an eco-friendly youth reporting gig on the expedition, and to say that Shiraishi is unenthusiastic is a massive understatement. When the girls try to sign on a junior reporters she tries to arrange for them to go in her stead....but is only half successful. On the other hand, finding friends that don't see her as a prop, connection or tool is an acceptable trade off. 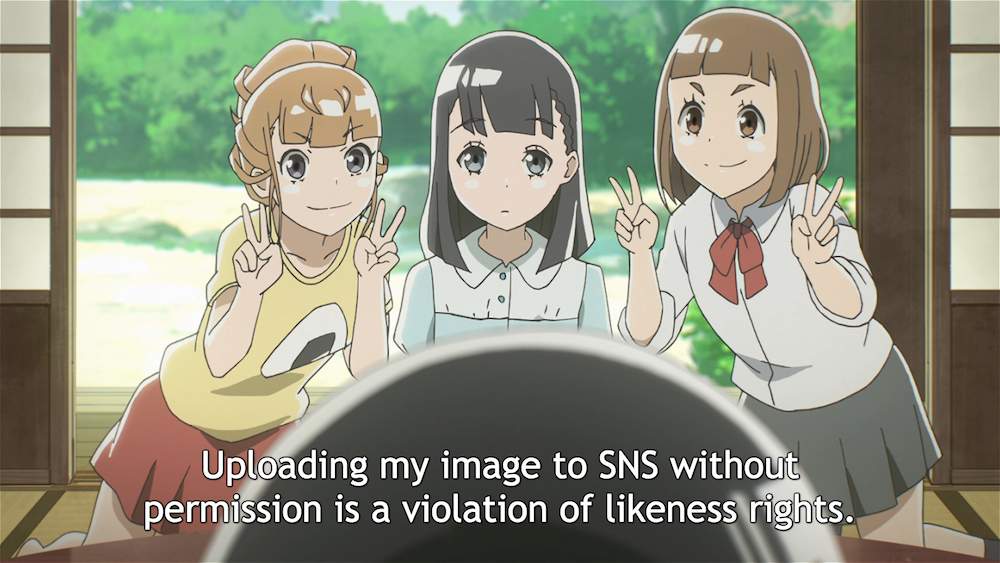 There is also, intriguingly, a rare, positive portrayal of a young Freeta. Hinata Miyake is a 16 year old who works in the Lawsons that Mari ends up working at.  Miyake does not go to high school, and supports herself. Japan, you see, has no compulsory education past 16. Hinata's is not at all interested in dealing with the BS of high school and since high school in Japan is mostly college prep, she's just gone ahead and taken the equivalent of a GED exam. She is studying independantly and plans to apply to college in a few years after building a nest egg and hopefully doing some traveling. Miyake has saved up a fair bit of money and when she finds out about the heroes plan, she eagerly asks to contribute. 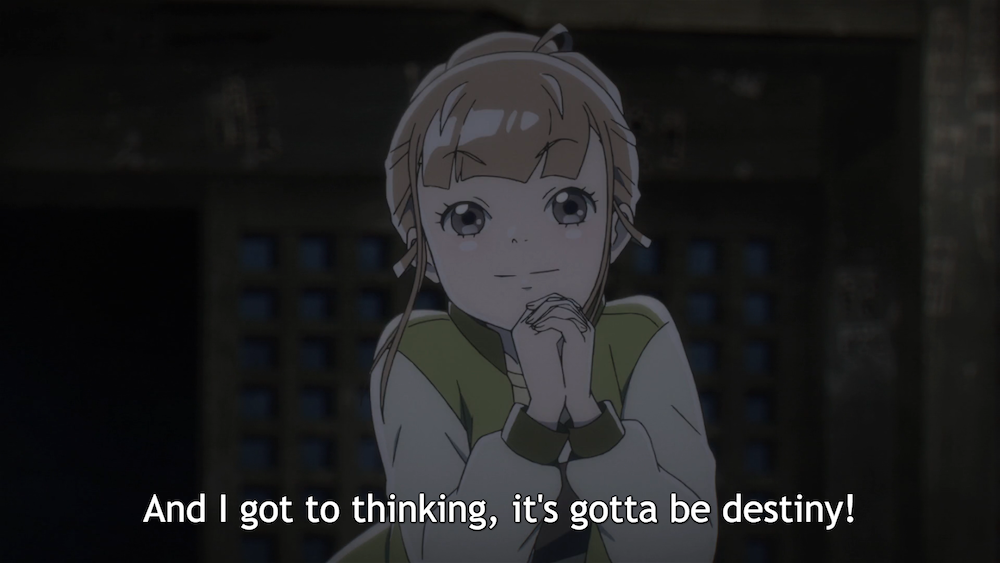 Which is another way of saying, "The stars are right".
Thus far, this is one of the best of the 'Cute Girls doing Cute Things' shows I've seen and unlike most has a sense of real direction personal growth.
Remember though, this is a show about putting together an expedition to find what happened to someone who dissappeared...in Antarctica. The title of the show and the book that guides our heroines is A Place Farther Than the Universe, a title which has all sorts of eldritch implications**. We've all read enough Frank Belknap Long, John Campbell Jr.  and Lovecraft to know where this delightful girls adventure series is really going. As of episode 3 however, there is little indication of the any impending dread. I guess they are building the tension gradually.
Here's the show stats at this point:
Penguins-2 (stuffed)
Bodies-0
Shuggoths-0
Moe' Blobs-4
Recommended? -YES!
*No indication is given as to what Shirase's job is, so fentanyl is technically a possibility.
** (I think that's where Azathoth lives)

In the Queue This is what I'm looking at as I'm trying to get caught up amongst some of the shows that came and went while I was distracted.
Laid Back Camp: Another high-school after school club with an all girl membership, this show nevertheless is highly recommended by people whose judgement I trust, so I'm giving it a go.
A Place Farther Than the Universe: A girl goes to Antarctica to find her missing father, dragging her friends along in the process. This one is particularly intriguing. Allegedly another high school girls show focusing on self-discovery, it's plot involves Antarctica as well as missing people and I've read enough Frank Belknap Long and H.P. Lovecraft to know where this is going.
Yona of the Dawn: Another journey of the hero story where a young noble must gather together a team consisting entirely of the opposite sex to avenge the late king and save the land. The protagonist, Yona, is a princess in an exotic medieval fantasy world, one with a decidedly asian flavor and where women's breasts are much smaller than their heads.

It's Back IT'S BACK! 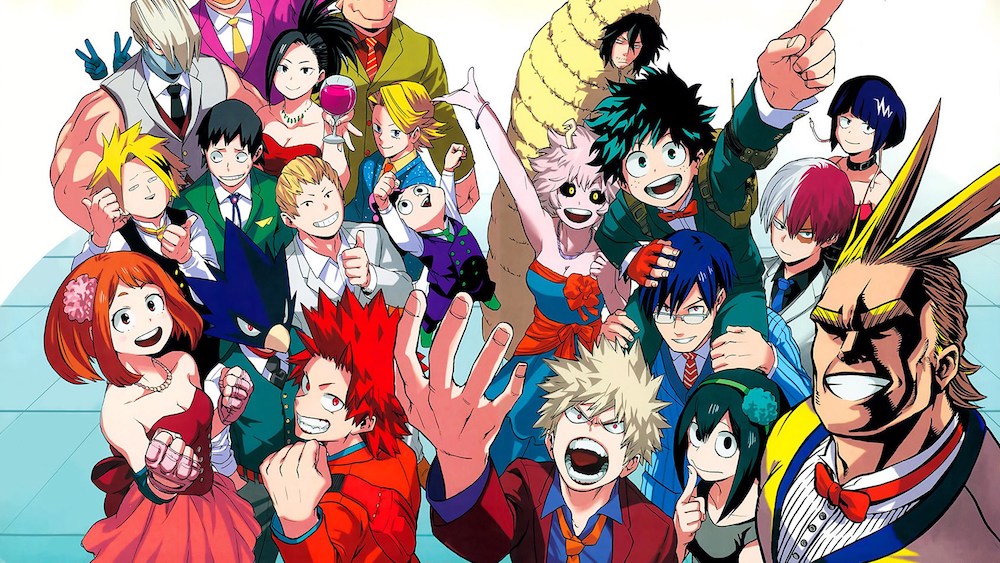 Actually My Hero Academia has been back for over a month, but given exams, papers, work and health issuesI've been completely oblivious to this happy development.
This was, perhaps, fortuitous as the first episode and a half of the new season are rather uninspiring. Had I been watching them as they came out, I might have dropped the show. That would have been a shame.
The season opener is a recap of previous episodes through the eyes of characters reflecting on the events of the last 38 episodes including a new instructor being given a run down of every character's superpower. They top off this collection of Shounen tropes by making it a beach episode.
A completely safe for work beach episode.
Episode two starts off much the same but ends with some vague hints that the series might be turning around. Episode three continues to remind us that this is definitely based on a Japanese shounen comic, as it is liberally sprinkled with the cliche's of that genre. However, these are well done and it turns out that...
This is where season three REALLY begins!
...ahem.
So far this is everything that the second half of season one was.  This is a kids show, and yet as I watched these 5 episodes, it actually brought tears to my eyes. It's more enjoyable and better storytelling than 99% of what's on. If I had a kid they'd be watching it. Probably. I say probably because especially around episode 42 parental previewing is advised. Your milage may vary, but, parents be aware that, while the heroes (with a few pointed exceptions) are very idealistic in a particularly American silver-age way, the villains are...not.
At its heart, My Hero Academia is a love letter to American superhero comics of yesteryear and its Japanese flavor makes it something more. The show continues to do things that one doesn't see much of in American comics and visual media any more. It ponders the nature of heroism, while acknowledging the virtues of arete', stoicism honor and sacrifice.
If you dropped My Hero Academia after the first episodes of this season, be aware that  you've been led astray by a cunning trick perpetrated by nefarious villains to get people to drop the show, get it cancelled and deny the world this show's heroic life lessons. DON'T FALL FOR IT! Go watch it now!
PLUS ULTRA!