Schemes to Annoy the Virtuous Fan Ubu speculates and rants on what may (or may not) be a worrisome development.

His concern is that the Japanese companies are simply going to cut the US distributors off. Instead of going that route they might start providing subtitles on their Blu Ray discs like they have done with Dog Days which provided English, French, and Chinese subtitle tracks. Given the seemingly rather myopic and desperate business plan of much of the anime industry, this does not seem far fetched, especially given that the US and Japan share the same region in Blu Ray. One thing is curious about this example though....France and China do NOT have the same region coding as the US and Japan (though of course there are the Quebecois). France, however, is a lucrative anime market and China is just plain huge, so this may be a reflection on the accessibility of region free players. Still, I'd be more concerned about this particular development if the language tracks were Portuguese, Spanish and English.  So don't go to pieces just yet...

If this DID happen it would be unfortunate. The US releases would almost certainly penetrate deeper into the US market. There is also the fact that companies that bring this stuff over would be nuked and their now quite talented cadre of Voice Actors dispersed.

Then there is cost...Japanese discs cost several times what the US disks do. The business plan for the Japanese companies seems to revolve around really exorbitant BD with lots of extras and steam removal. This has contributed to the narrowing of the market in Japan, where the merchandise is priced high which weeds out the less fanatical enthusiasts which results in a smaller, more intense market which demands more fan service, which appalls polite society, further shrinking the market which causes the companies to raise prices which shrinks the market yet more thereby increasing the percentage of maladroit fandom demanding panty shots which further marginalizes the market until you get hemlines halfway up the buttocks and plots revolving around bust size competitions (oh wait). Eventually the market will consist entirely of 47 rich trustfunder NEETS who will die out never having touched a woman thus ending the industry.

Only moderate BD prices and Josei can save us from this fate.

On a related note there is this.

A new company backed by the government will buy the rights to Japanese anime, toys and other creative products and tout them to Hollywood producers.

All Nippon Entertainment Works Co., which has received 6 billion yen (about $80 million) from the 90-percent government-sponsored Innovation Network Corp. of Japan (INCJ), will begin acquiring rights this month. It plans to invest 3 billion yen over the next three years to acquire the rights to 10 products and get movies made.

This strange bit of corporatism could have interesting results...not necessarily good ones mind you.  I do note that this seems to be a sop to the biggest media conglomerates and they are only going for really big ticket properties.  Therefore, it most likely will not affect most anime releases and certainly won't have much affect on more obscure shows. Dan Kanimitsu has thoughts. I for one wonder why they dont just have Toho and Daiei hire international actors and a few directors for international adaptations.

Of course, perspective is important. None of this is in any way the end of the world.

I Always Liked Pertwee
...so did these fans it would seem.

She's Come From the Sea to Pun-ish Us All 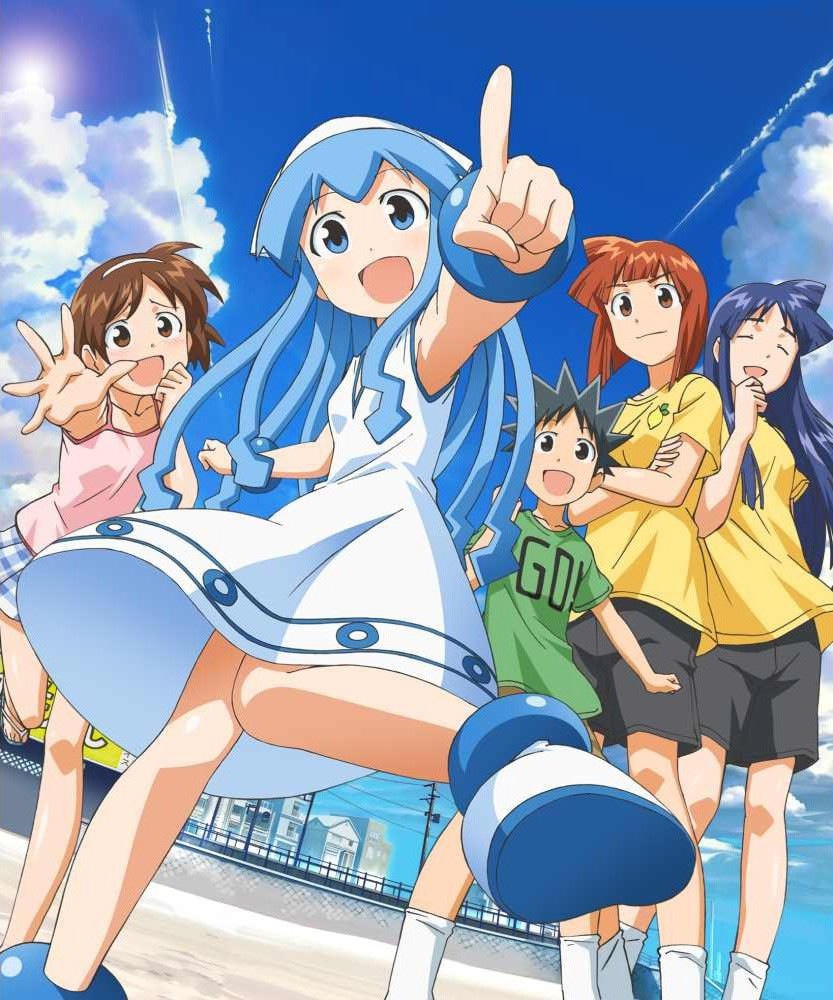 From the stygian depths of the Pacific, comes a being hell bent upon conquest and fueled by a thirst for vengeance upon all mankind. Spawned of rage at mankind's destruction of the marine ecosystem, the creature lumberers through the surf and slouches inexorably towards its  unsuspecting victims. A beachfront noodleshop is the first to feel her wrath, after which...
...um...well...due to various and sundry complications tonight's program of bloody vengeance and world conquest has been delayed indefinitely.

But, there is shrimp fried rice..and the shop's signature ramen.

Thus begins Squid Girl , the tale of a girl from the sea with squid tentacles coming out of her head ,who, due to poor planning, ends up working as a waitress at a seaside noodle shop while she tries to devise various cunning plans to take over the world.

This is actually a nostalgia show, pining for the experience of what going to the beach in Japan was like some years ago. It's also a comedy that is directed by lunatics with a wildly inconsistent style that ranges from slapstick to poignant to just plain silly. The show consists (mostly) of a series of skits. The timing of the sketches is excellent and the production values are top notch.

However, it isn't something that one would think would translate well.  For one thing, the shows particular brand of nostalgia's going to be lost on most people here, and then there is Squid Girl's speech tic...adding "degeseo" (which means squid tentacle) to the end of her sentences. This sort of tic is something of a trope in Japan but doesn't work in English, where the closest equivalent is probably "smurf". Bang Zoom, the dub studio, went a similar route...inventing a number of adverbs and adjectives sharing the root word squid...and some puns...occasionally quite a few... episode 4 packs them in like sardines. Some purists will be unable to fathom why they did this. I suspect it was just for the halibut. In any event I laughed.

This show has sole.

All that aside the translation is faithful in spirit and is quite good.  Six episodes in I'm quite impressed.  It is a cute little show with an upbeat message. 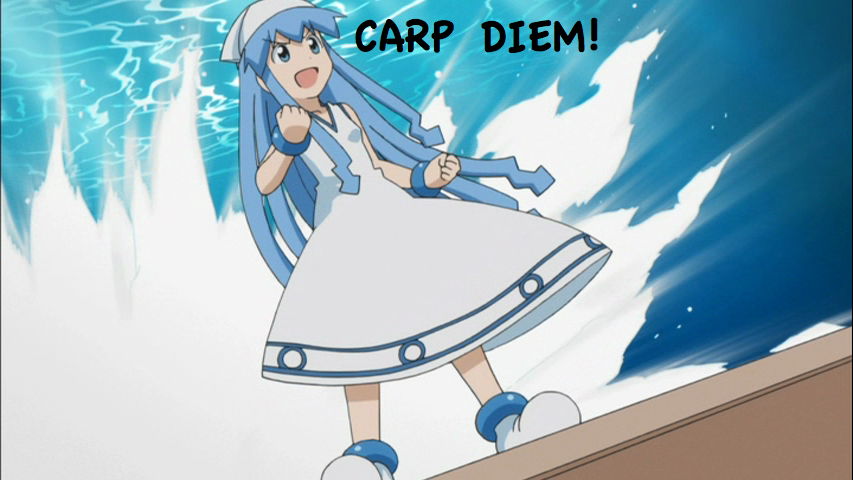 I'm particularly surprised that something as gentle and wholesome as this show was picked up by Media Blasters, who did Queen's Blade, Ikkitousen, and K...KanoKon. I guess it was a fluke.

Fun show, in a "put it on in the background while I paint" way.