Do So Very Much Want 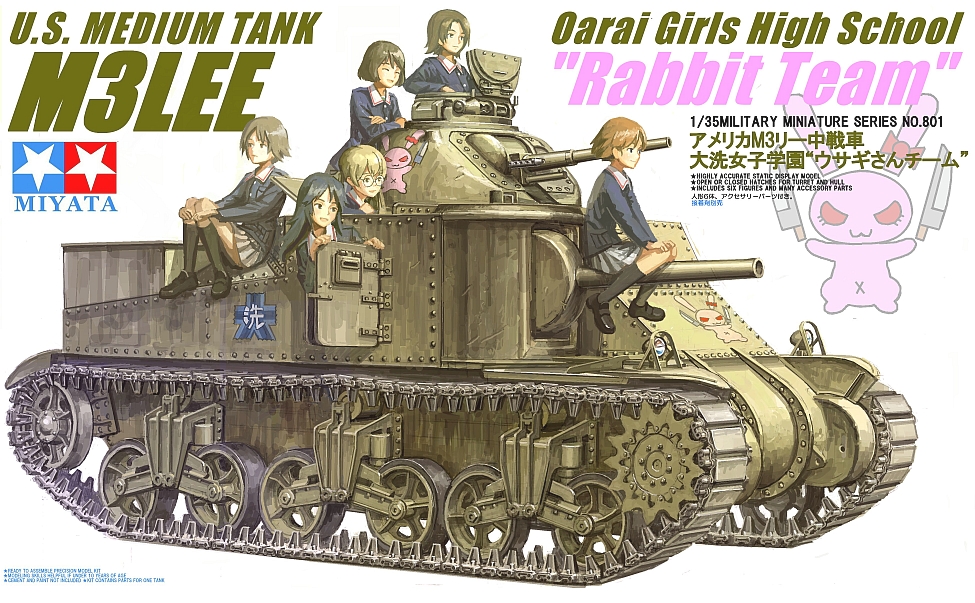 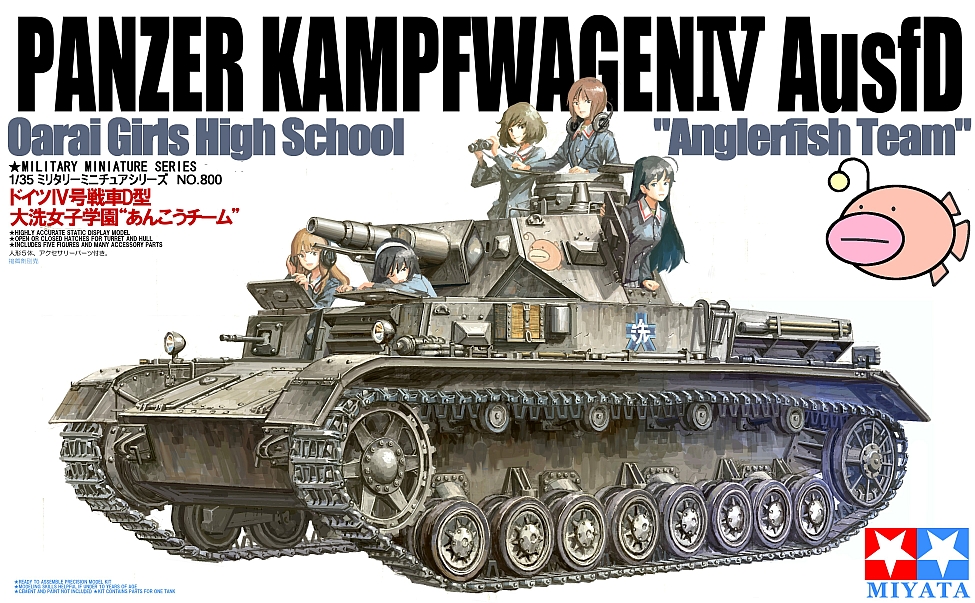 UPDATE:  OK. After some digging and the rather belated realization that Miyata is an anagram of Tamiya (thanks to Rick in the comments)  I've determined that a company called  Platz,  IS releasing some Girls und Panzer kits.

However, this epic "box art" is unofficial and produced by a PixiV artist who goes by the handle of sdkfz221.

1 That is some gorgeous artwork - thank you for posting it!.

These look like well-made parodies though (I'll give them the benefit of the doubt, that they're not pirate-kit boxart from certain places that shall go nameless).  The kitmaker is Tamiya, not Miyata, and the stars are flipped upside-down compared to the real company.

The good news is that there are GuP tank kits out there... if an $80 model kit appeals.

They placed the crew members correctly in the Panzer IV, but they blew it for the Lee.

Aya, the meganekko with twintails, is the 37mm gunner but they've put her in the sponson, not in the turret. (Aaaand, another catgirl bites the dust)

3  I'm pretty sure that the 75mm gunner is normally at the other end of her gun. (I don't think they're actually at battle stations.) With a six person crew I'll cut the artist some slack 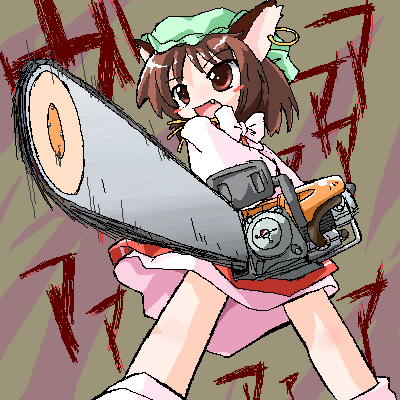 "For your cruel indifference to our well being...you must face the ChenSaw!"

4 The one sitting on the 75 is the driver, Karina.

5 FWIW, Tamiya has had their own kawaiiko mascot for decades now.  Back in the 1980's, they would run full-page ads in RC car magazines, with their spokesman spokesgirl Moko-chan and her bunny rabbit sidekick giving "lectures" about how to get the most from your radio-controlled model car, and how to upgrade with all the latest Tamiya gizmos.  You could even get limited-edition decal sets of her to decorate your RC car.

Wonders of the Internet While perusing the comments at Chisumatic, I recently discovered that this internet thing is even more awesome than I was previously aware.

You see, Pete Zaitcev and others have compiled a surprisingly comprehensive meganekko database.

Image not in the database


How did I miss this?
Oh well. This is why it's important to scroll through Steven's comments.

1 This is me, cruelly mocking you for not knowing about the meganekko database.  I've had that place bookmarked for years! 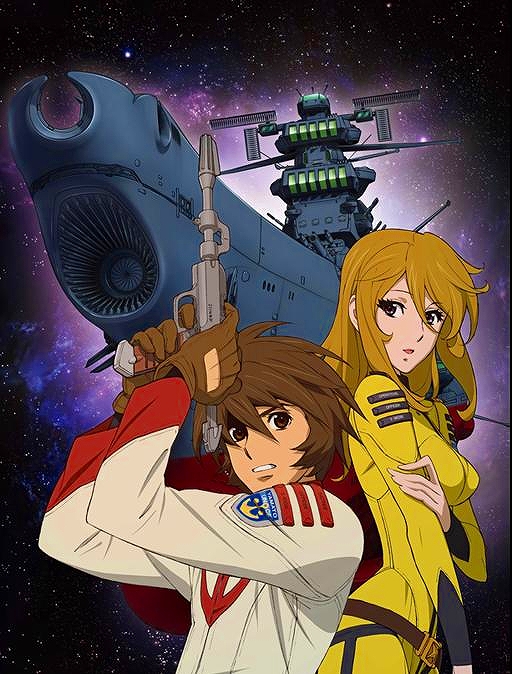 It Occurs to Me ...that despite the otherwise satisfying ending of the show, we never did get an explanation for this. 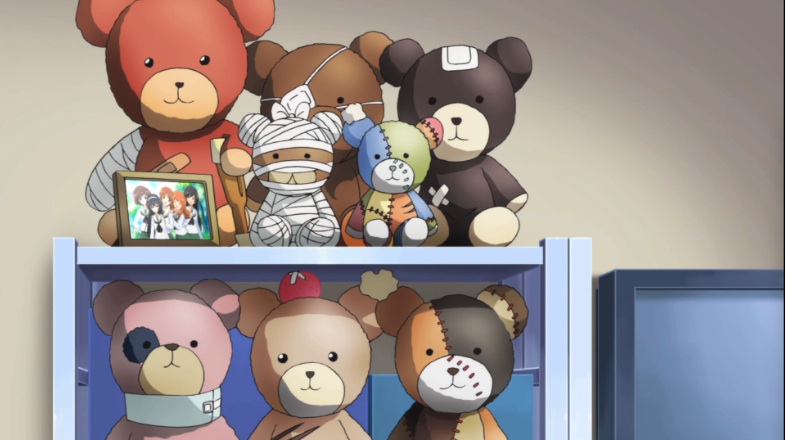 So perhaps that is the hook for any Girls und Panzer sequel, the dark truths behind Miho's plushy cabinet.

1 The Westmead Children's Hospital here in Sydney holds an annual fundraiser where they sell bandaged teddy bears.  I have a couple of them somewhere.  If you do a Google image search for "bandaged bear" you'll get plenty of examples.

Well, it's as good an explanation as any other...

1 Well.  That's the best thing to come out of Nichijou, like, ever.

2 When an AMV manages to lip-sync the entire song like that, it's a level above.

3 All that came from an anime?  That was hilarious--I literally laughed out loud all the way through it, much to my son's annoyance.

Scale! There. That helps.

I don't know enough to be sure, but I suspect that concealed withing the overall excellence of Girls und Panzer there might have been just a tiny smidgen of political commentary regards the efficacy of Japanese public works boondoggles.

1 The cynic in me says that using aircraft carrier hulls as towns for girl's schools, and making armored combat a school sport, is just a way to conceal their efforts to build an offensive naval capability, as well train entire generations of children in the art of war.

2 If we find out that the Ooarai Boys School sports include 'Force Reconery' and 'Subnmarinary' then I'll agree with you. Until then it's cute.

3 Not only that but this school ship is much smaller than any of the others that appeared in the show.