On a Lighter Note...

I Have Been Wrong For two years now, the SyFy Channel has been running a show called The Expanse.
During those two years, I did not watch it.
This was a grievous error in judgement on my part which I only recently rectified. 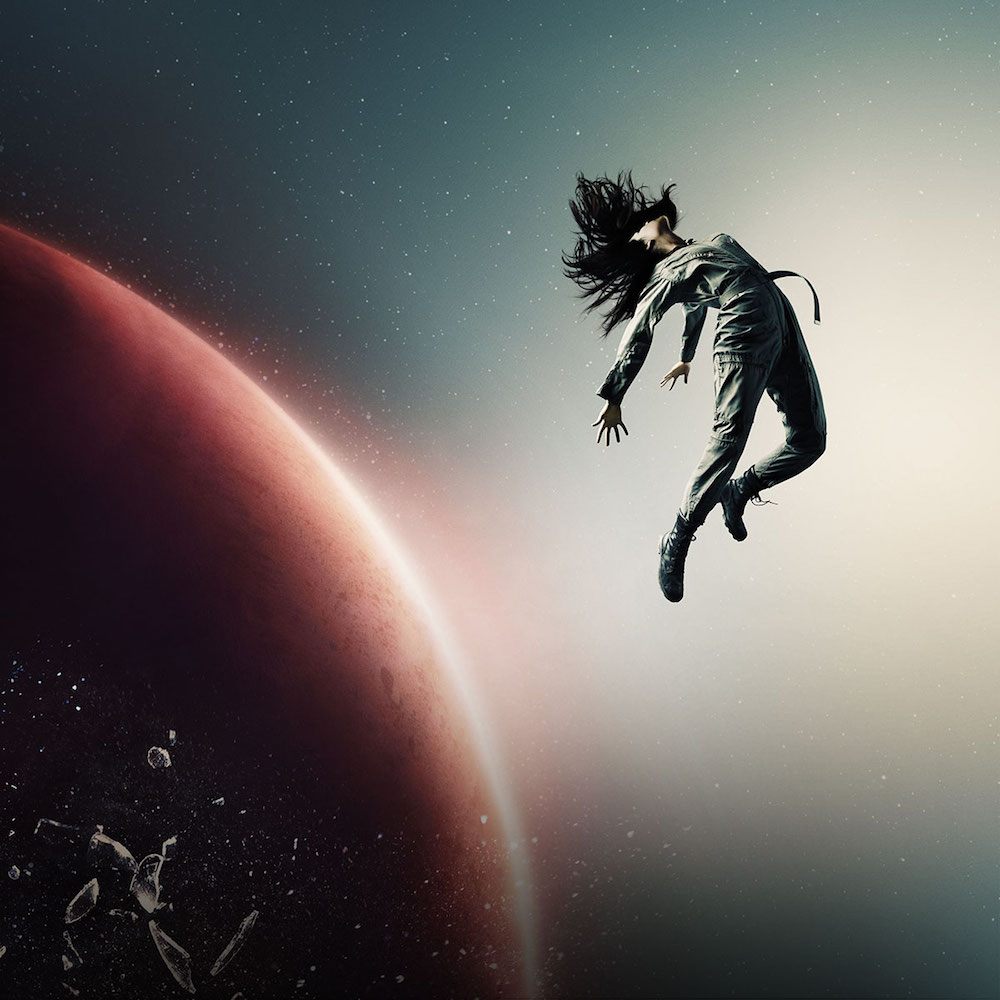 Now, having purchased both seasons on DVD and having watched every single episode (some twice), I can say that this is a remarkably good show.
The Expanse follows the crew of the Ice Freighter Canterburry and its crew of working class stiffs as they do their mundane, difficult and absolutely necessary work of hauling ice from Saturn to the frontier metropolis that is Ceres.
Despite a limited budget, the show makes considerable nods to hard science, both with its depiction of spin gravity...

OK, actually, that implies a much smaller spin radius than that location should have, but hey, coriolis!
...and the pernicious effects of its absence. That and a myriad of other little sciency details are remarkably realistic in their depiction and well handled plot-wise in this show, which follows Josephus Aloisius Miller, a cynical, somewhat corrupt police detective on Ceres. Saddled with a 'wandering daughter job' he makes a series of discoveries that blow upon the dying embers of his conscience and idealism threatening to rekindle them both. This could be a fatal affliction on Ceres.
Despite a SyFy channel budget, Ceres, a major waypoint between the inner and outer solar systems just works as a sort of Noir Dodge City, if Dodge city were a company town where one had to pay for air.
Where The Expanse really breaks the mould is in its setting which ought not to work but does. This, after all, is a show about the Byzantine  day to day intrigues and machinations of one Chrisjen Avasarala, a 70 year old, high level bureaucrat  in the Earth government who uncovers a vast conspiracy. This unlikely protagonist is brilliantly portrayed by  Shohreh Aghdashloo, who just knocks it out of the park.
Space opera generally requires visually spectacular space battles, which do not comport with scientific realism or SyFy Channel budgets, The Expanse solves both problems by remarkably good writing and pacing. While certainly not super accurate it does have an internally consistent and realistic looking way of portraying space combat, as is to be expected from a show that revolves around a plucky group of Martian Space Marines, and their blood knight squad leader who their ship's captain is trying to keep from starting a war.
Having now watched the 23 episodes that make up the first two seasons I can say that this show is at least as good as Babylon 5, and that's not something I say lightly.
Now of course the show is not without its faults, the biggest one being that season three has not started yet.
That looks like it will be rectified on April 11.

Painting By Numbers With Pixels Well, this review is almost two months late, but RWBY Season 5 has ended and it probably warrants some comment.
Perfunctory is the word that comes to mind.
Mid season, this show was looking to be really good. It was paced very differently from previous seasons, though the collection of quiet character studies was reminiscent of parts of season 4.
This whole cour had been expertly developing tension that promised a solid payoff and by about episode 8 there were roughly 5 cliffhangers in the plot queue that promised to come together in an intensely satisfying manner. Notwithstanding those, the episodes generally kept a methodical pace as characters were further developed and the cards of the various players were put on the table for the audience to see.
The final battle, in which the heroes are trapped by the villains who have them completely overmatched in numbers, power, and experience is beautifully set up and the first few minutes of it are absolutely riveting.
This whole scene with the villain's entrance was just sublime.
Then this happens and the audience is like..."HOLY CRAP!" 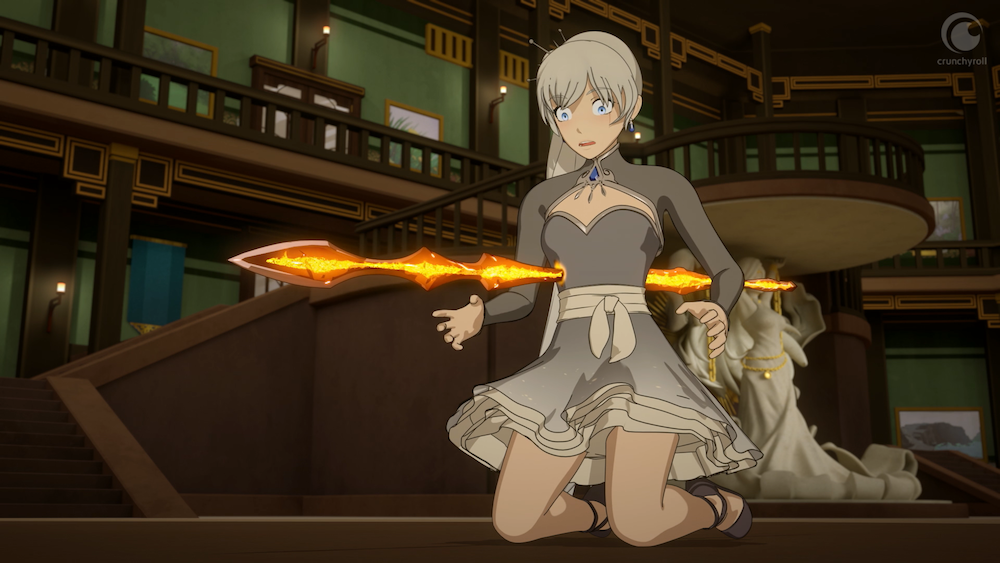 Annnnnd thennn the battle drug on for FOUR freaking episodes during which the pacing was set to glacial. This was particularly weird because the season ended up with 14 episodes, an odd peculiar number given that the previous seasons had been 12 without the short expository ones. There doesn't seem to have been any reason to pad it out and kill the pacing. It's almost like they were parodying a Shounen Jump show. (There's some irony here. Season three revolved around a sports tournament storyline, which is usually a kiss of death for plotting and pacing, yet that season transcended the trope and was superbly paced and moves the show's story ahead dramatically).
This?  The remainder of the show lacked the dynamism of the show's earlier fight scenes and was punctuated by tedious dialog which is all the more aggravating because there was some STELLAR voice acting delivering these uninspired lines. There were one or two neat moments, mainly due to the delivery rather than the direction, pacing or choreography, but they couldn't overcome the disjointed and padded out nature of the season's last four episodes. If they'd just gone with 12 and compressed this fight it would have probably been better.
To say this was dissapointing does not do it justice. In addition to the excellent voice work, the technical aspects of the show were impressive and improved in many ways. The season had been quite good until it face planted.
I do wonder if this season was intended to be much more tightly paced and this finale was supposed to be the halfway point. I engage in this unfounded speculation because RWBY had always been touted as a 5 season show, with a possibility for a spin-off or sequel, and it appears that that was indeed about how much plot they had, because it looks like Rooster Teeth going for six seasons. This is, in fairness not unreasonable since in the show's lackadaisical ambling through the four episode finale, there were several plot threads left dangling (an actual resolution to the main story being the most notable one).
RWBY Season 5 was good enough until the very end that I do intend to watch it next season, but I look forward to it with a sense of apprehension.