DO NOT WATCH ...the first episode of My Hero Academia season 4.

It's pointless filler that has nothing happen and sort of but not comprehensively re-caps the first three seasons.

Start with this season's episode 2 (#65). Because then you won't drop this series and thereby miss the next two episodes, which are really good.

In this world, there are overpowered supervillains. 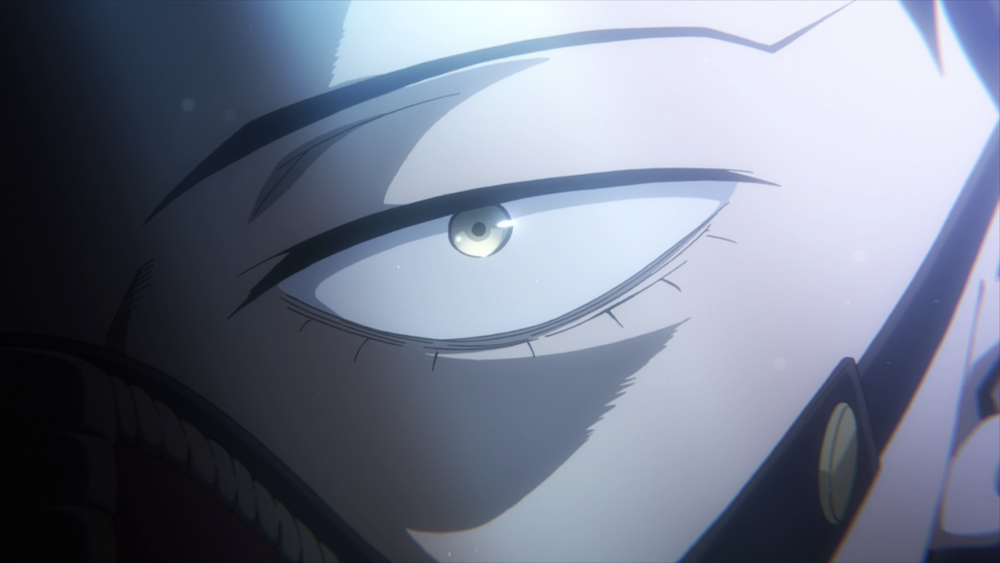 But there are also criminals who are actually very good at what they do.

It's looking Like a Keeper Three episodes in Ascendance of a Bookworm seems to be living up to its initial promise.

It appears to be a very low budget show animation and art wise, but the story of a librarian who finds herself stuck in a 5-year old body in a parallel world's dark ages remains quite engaging. 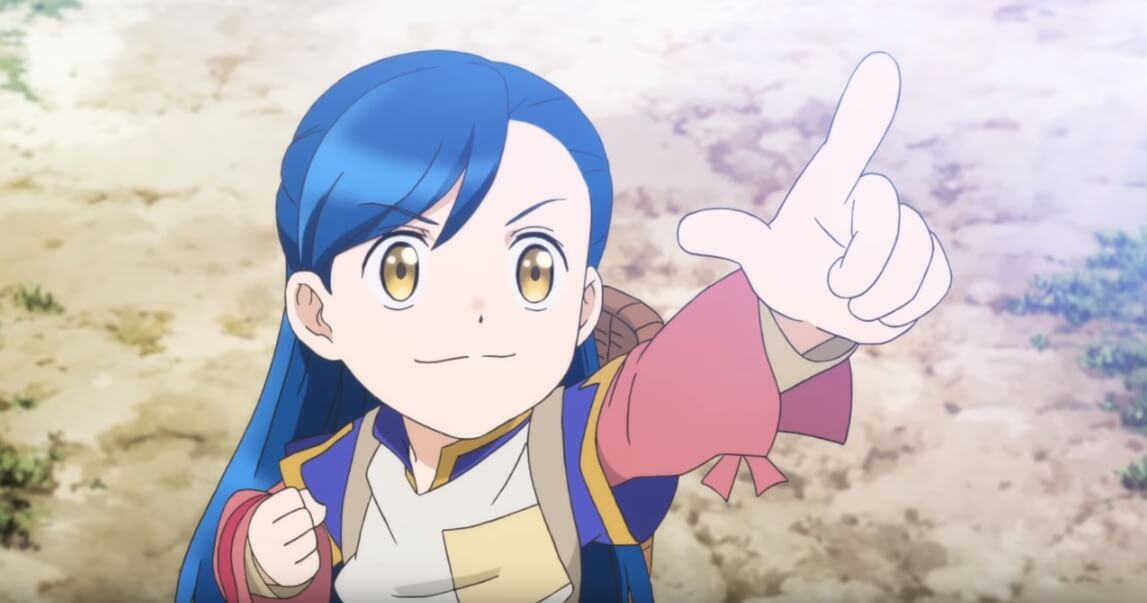 Our heroine is saddled with myriad obstacles (for one thing, she's stuck in a 5 year old's body) but she's really determined and I particularly like that not everything she tries works, more-so that she learns from her mistakes and tries different things.

This is actually better than I'd hoped. I initially thought she was a Renfaire enthusiast and/or had experience making paper for calligraphy, but no. It turns out that Urano/Main doesn't actually have any hands on or technical knowledge of what she's trying to do. However, she has some historical knowledge of vaguely how it happened in our world and given that she KNOWS it can be done, she's doing experiments to figure out for herself, how to make a book.

The bit with the numbers was nicely done. It makes perfect sense given what we've seen that her otherwise illiterate 'mother' could do math and being a college graduate this would be something our heroine would pick up on quickly, after all the numbers, whatever their symbols, are constant.

Also, it was cool that while those basket-weaving classes didn't directly help with her goal she is still very glad she took them.

1 I love that she fails at simple things for good reasons, and then picks herself up and applies the lesson she just learned to her next experiment.  And also that she realistically starts with a half-remembered chapter in a book or a TV documentary she watched five years ago.


There's a manga called Jin about a surgeon who gets dropped into the mid 19th century and decides to invent penicillin seventy years early.  But he's a surgeon, not a biochemist; he sort of vaguely knows what penicillin is and how to purify chemicals from his undergrad days, but he has to reinvent the whole process based on 19th century technology.  (And then once he starts to get somewhere the local guild of quacks burns his factory down because he's ruining their business.)

2 Actually, making long-lasting Imperial-grade Japanese paper is a process that involves a lot of steps from basket-weaving, because they make it from strips of bark from a particular tree.
(Hidive has this great live-action show, 100 Sights of Ancient Cities, that is nothing but Japanese crafts from the San-in region. There are several episodes with segments about Japanese papermaking, calligraphy, and prints.)

3 It turns out that Western civilization used to have a sophisticated abacus-like system for doing math by counting on one's fingers and joints on one hand, with specific hand and finger positions denoting specific numbers. (The pinky finger is left out of the system, which shows a lot of realism about human control of musculature.)
The ancient Greeks and Romans used it a lot, and it survived into the Middle Ages. Bede's book on reckoning apparently gives the most complete description, but there are several other sources in various languages and from various periods. The system did not change, because it worked. Some learned it in school, but most from their parents or other people in their lives.

So yeah, Roman numerals were not really used for math, but the abacus and one's fingers were. So you didn't need to be able to write in order to do math.

Iseakai: But With a Different Skillset Motosu Urano is a Japanese Librarian.

Presumably, she is a very NAUGHTY one, because when her library collapses on her and burns during an earthquake she dies and goes...TO HELL. A very special hell reserved for naughty librarians.

But Perdition has bitten off more than it can chew and this badass bibliophile is about teach Gehenna itself a lesson it won't soon forget, as she embarks upon: The Ascendance of the Bookworm.

1 When I saw the PV I immediately thought of "Lest Darkness Fall" by deCamp.  One of the hero's struggles is to invent printing.  And paper.  And ink...

2 The big difference is that Martin Padway had a firm grasp of the culture he ended up in, and a much better idea of how to go about inventing things, while Our Heroine struggles to figure out how to make things like papyrus based on vague memories of something she read one time that wasn't a detailed how-to book. She has to, um, "start small".

3 Concur. I expect a certain amount of "handwavium," which will be a tragedy if they do.  As BM noted, if they "science the shit" out of this series it could be a rare gem.
Today's episode (wtf is that fruit?) with her trying and abandoning papyrus was well done and telling.

4 I've read the manga.  It's still possible they'll screw up the anime adaptation, but the source material is solid throughout.

5 I dropped that manga after some 4 chapters. The heroine's character was insufferable. Perhaps they fixed it for anime.

6 Thus far I haven't found her so much insufferable as implacable, though it's still early.

7 I've read the first three novels since the anime started, and I can't think of anything where the word "insufferable" would apply.

8 In the very first chapters of the manga, she wants to be given a book, or parchment and ink so she can write her own.  Then she gets a lesson in economic reality - a single sheet of parchment costs as much as her father earns in a month, and ink costs even more.

That's when she switches from just asking to be given stuff to being determined to make it herself no matter what obstacles crop up.

The Art of Math
God's Blessing on this Wonderful World!  was first published in 2012. Therefore, as SakimiChan so expertly points out here, everyone's favorite explodemologist is 20 now. 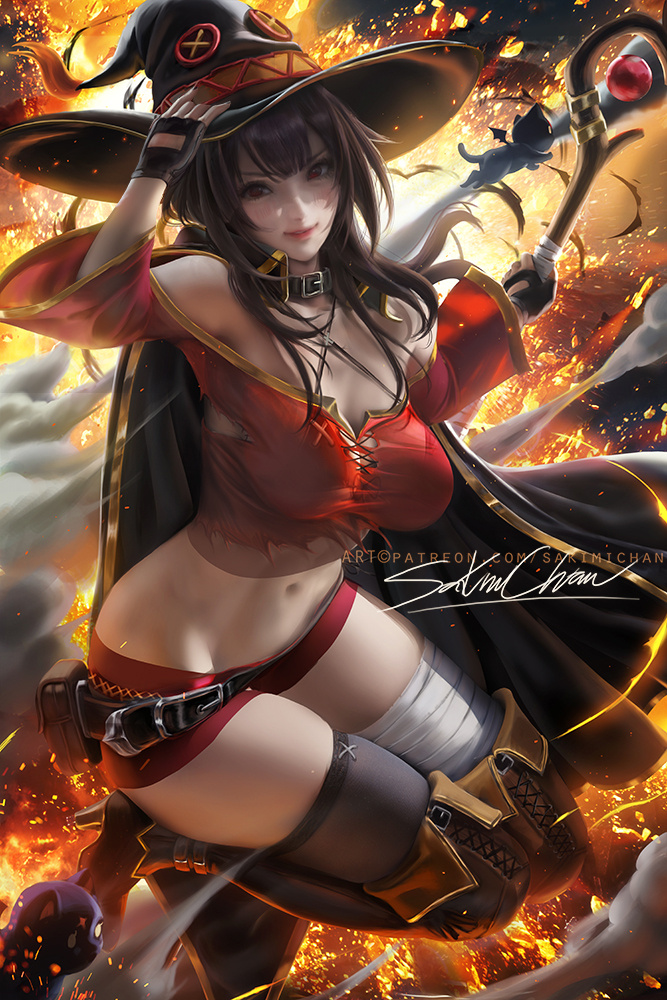 1 Best part is she still needs piggyback rides after using up all her mana.

Joker It was all that and a bowl of grits. 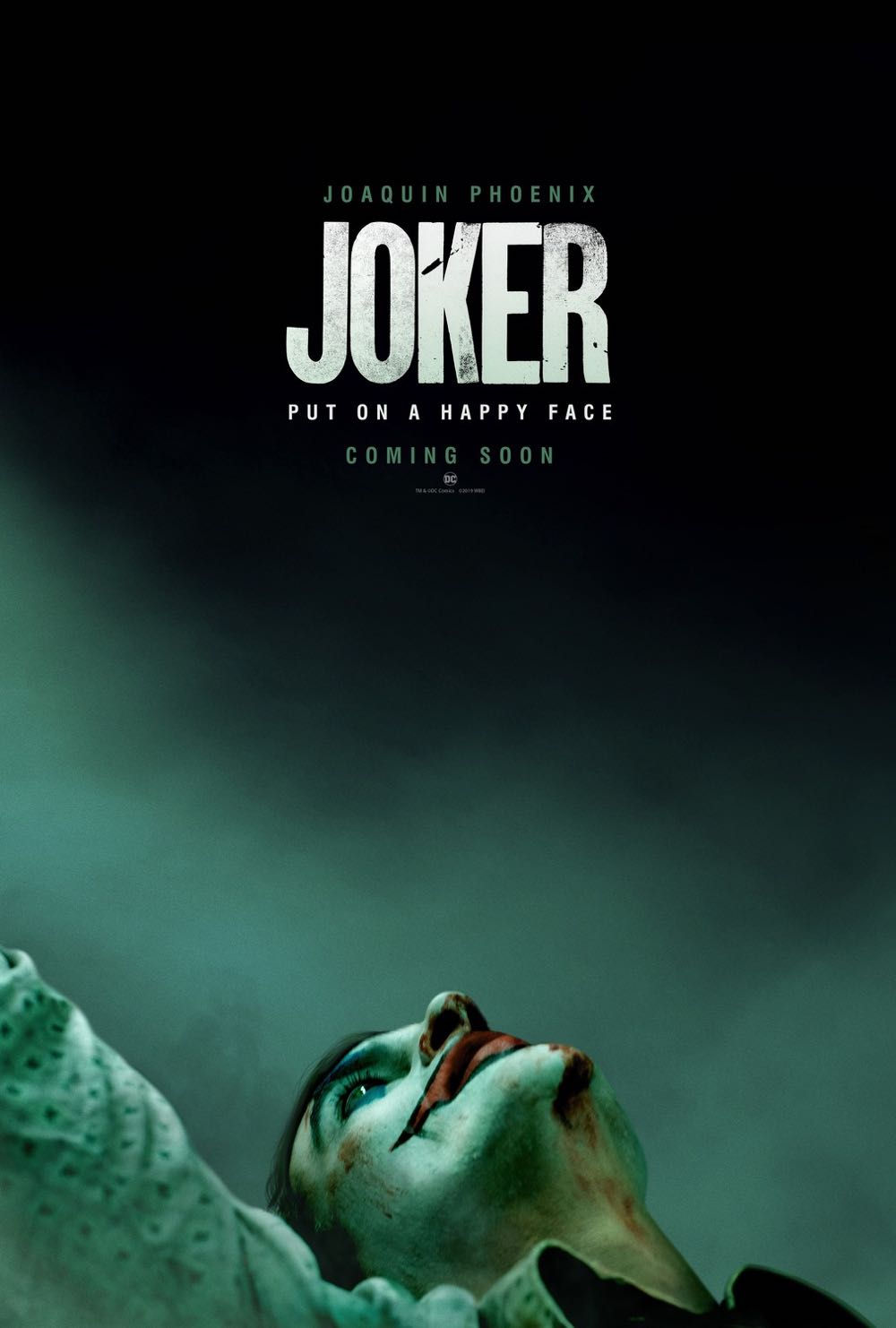 I will likely not see it again as it is dark to the point that I found it hard to watch, (It really deserves its R-rating) but it is absolutely riveting and amazingly well done.

I'd heard that he'd done a good job, but Joaquin Phoenix just knocks it out of the park,  acting with every muscle in his body to give a performance for the ages.

The art direction and set design are superb. It's a period piece that looks like it was filmed in the period in which it was set.

This is just a superb piece of filmmaking.

Ambivalence Thanks to Mauser in the comments for alerting me to this.


I wonder if there's actually a canon reason for some of the non costume changes.

I must say, despite my ambivalence, I do like Weiss's Saber Cosplay. The continuity with Ironwood's beard over the last few seasons is actually cool.

Everything LOOKS great and there seems to be a lot of development of concepts introduced in previous seasons.

1 I keep meaning to go back and catch up on RWBY, I think I stopped watching at the end of season 4.

2 When they took it off of Crunchy, that kind of killed it for me.  I don't like monopolies (which Crunchyroll isn't) but damn if I like the utter Balkanization of anime that results from Netflix, Hulu, Crunchy, Funi, etc.  How many subscriptions do I need to pay for?  It's on the verge of driving me back to pirating.  I still haven't seen Astra.  Looks like Robert's about to become my best legit source again....  I'm sure he'll appreciate the business.

3 Roosterteeth is free on a week delay. That's where I watch it.
And Blake! Your hair! Noooo!!!!