Super Robot Girls-Z Mazinger-Z, Great Mazinger, and UFO Robot Grendaizer are no longer particularly well known in the USA but the trilogy was the groundbreaking triumvirate of the super-robot genre. The three series were hugely influential. Grendaizer, in particular, the last and best of the series, was, under the name Golderack, a phenomenal hit in Europe and Canada.

As the world has gone mad and nothing is sacred, they've remade the trilogy as a magical girl show. 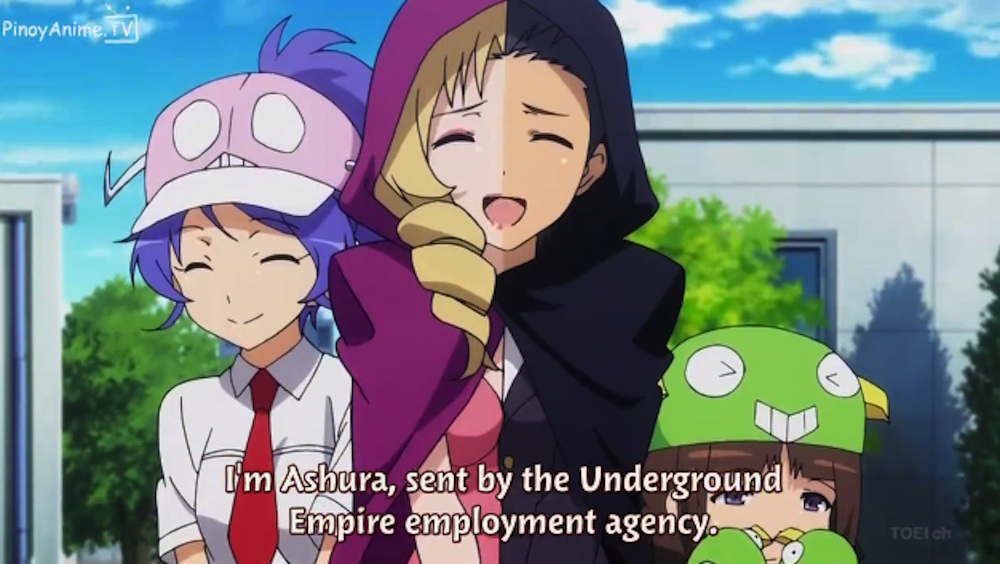 ....which is kind of a sketchy outfit and is involved in some dubious activities... 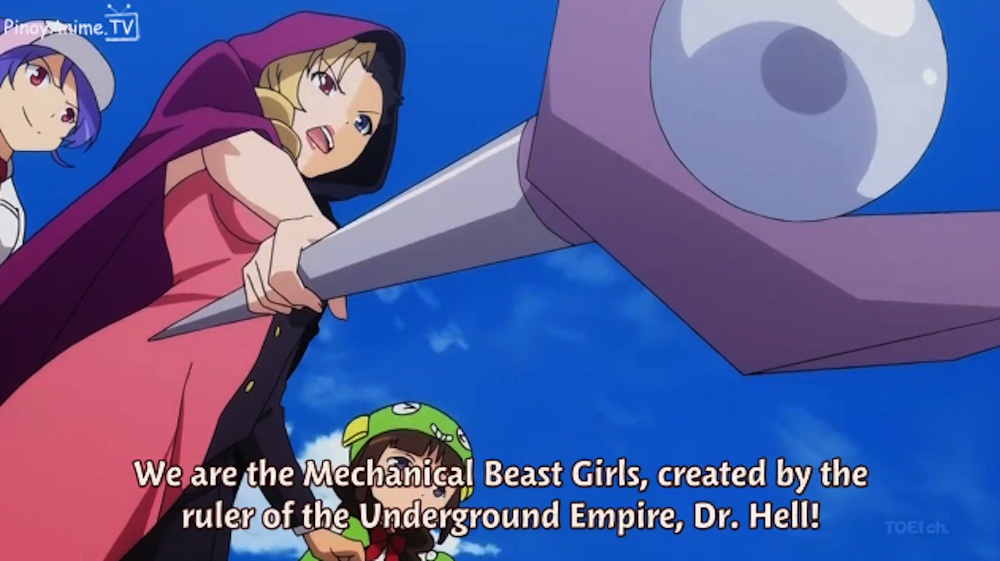 But the girls got all kinds of cybernetic implants out of the deal and they do seem to enjoy their work...

Morale at their firm is an ongoing struggle.

You see...these are the designated "heroes" 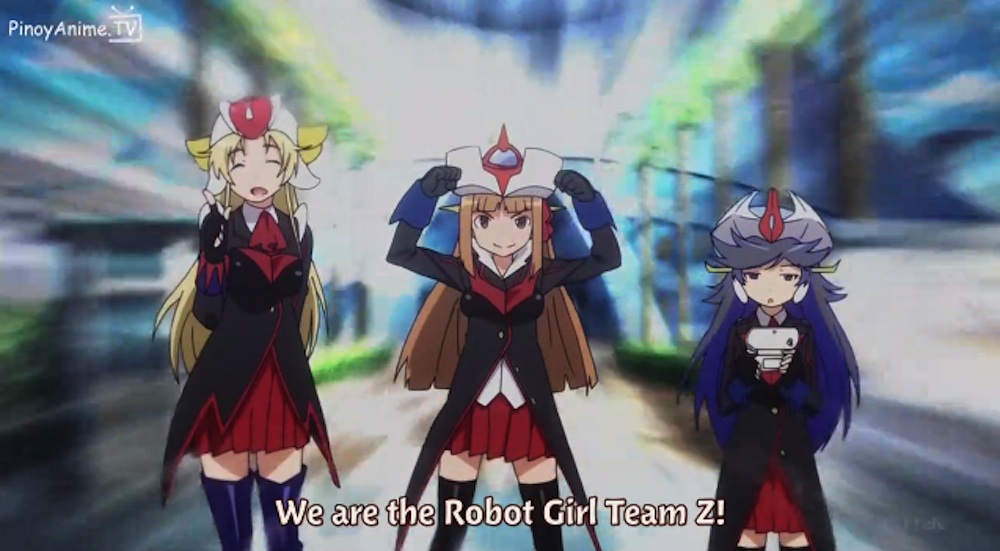 As one might guess from their badass longcoats of delinquency, they are unconcerned with proportionality (or collateral damage for that matter) and quite massively outmatch the villains. Based on three of the most beloved Super Robots of all time the heroes...are....
...ummm...
...well...
They are present.

The villains are kind of amusing though.

One format note: I was under the impression that the episode length was 10 minutes, but it seems to be around 26 minutes with three distinct sketches in each episode.

This show is all over the place. Quite a few of the gags are references to the old shows so I'm not sure how much of the humor actually gets through to those who are unfamiliar with them.  Do note that although it looks for a time like it might be kid friendly, it suddenly and jarringly  isn't. The "beach" sketch went a tad overboard with the fan service (and we here at Brickmuppet Blog are usually quite appreciative of such things).

Overall however, despite a great deal of structural stupidity, I found it to be a cute, funny show.
OP aside, the music is pretty good, with the BGM  being based on the stirring BGMs of the source materials and the show has a manic enthusiasm that is engaging.  Additionally, it seems they didn't skimp on the voice actors, having gotten a whole bunch of top tier talent to do bit parts.If the credits are any indication we'll be seeing Mecha Musume parodies of several of the unrelated Toei Super Robots, which I find myself looking forward to.


Super Robot Girls-Z is drunkenly riding a unicycle of exuberance across a tightrope  of nostalgia while juggling vulgarity and hilarity over a roaring cataract of idiocy. It may not succeed, but even if it doesn't it will probably be amusing to watch until it falls.