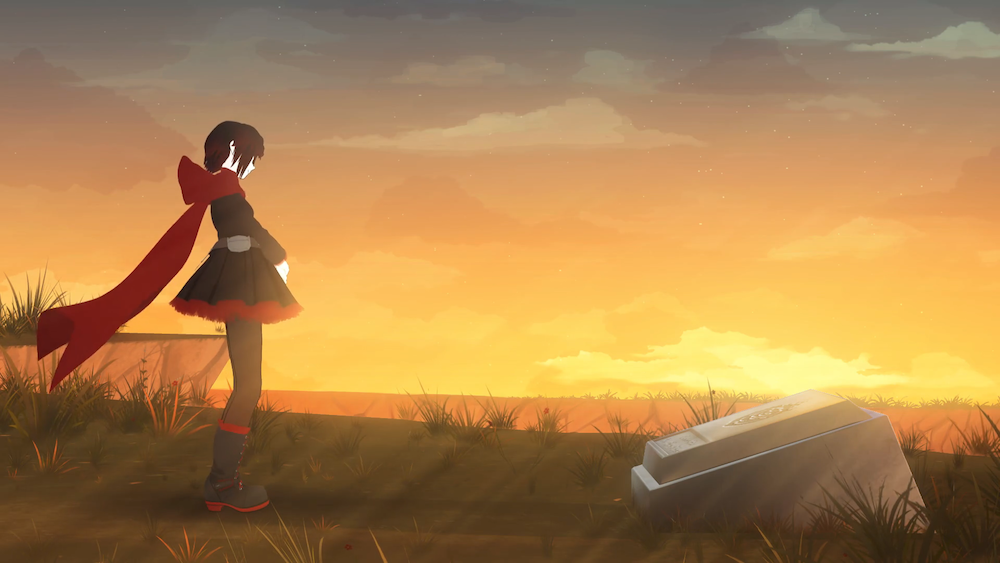 The opening of RWBY:Volume 3 continued the shows general trend of considerable improvements in production quality and pacing seen over the last two seasons. The Vytal Festival, which has been "right around the corner" for most of the last two seasons and somewhat hyped, has finally arrived. Naturally, this episode has a fair amount of "smashies" and "splodies"which allow us to conclude that Dillon Gu (who was hired as action animator/choreographer after Mr. Oum's death) is, indeed, up to the task.
Action aside, the pacing and writing of the episode are quite good as is the voice acting.
Apart from the fact that this is a tournament cour that will last at least a couple of more episodes, we do find out three things of varying levels of importance. 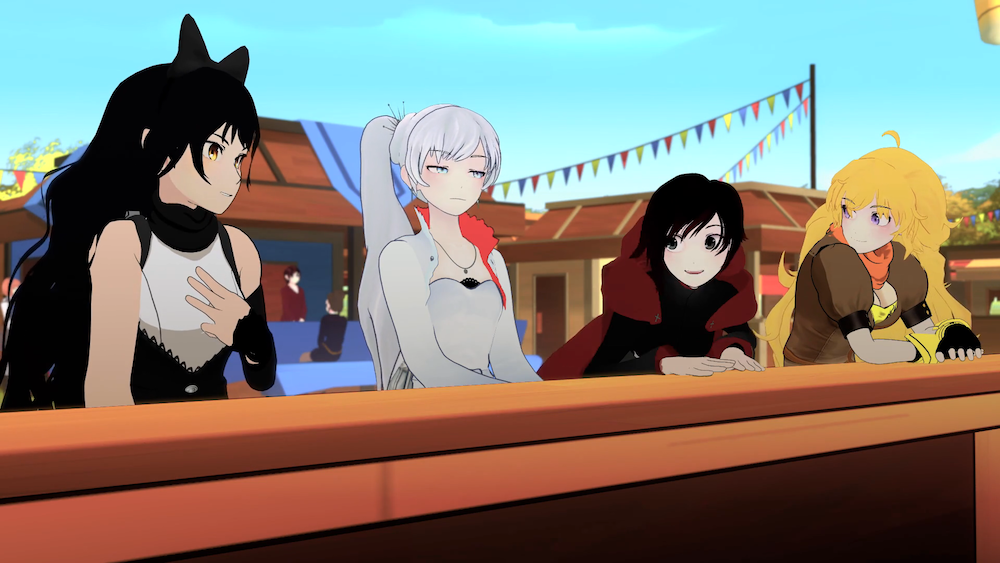 "Oooh! Oooh! What things? What Things?"
Well for one thing, to everyone's astonishment,  it's revealed that... 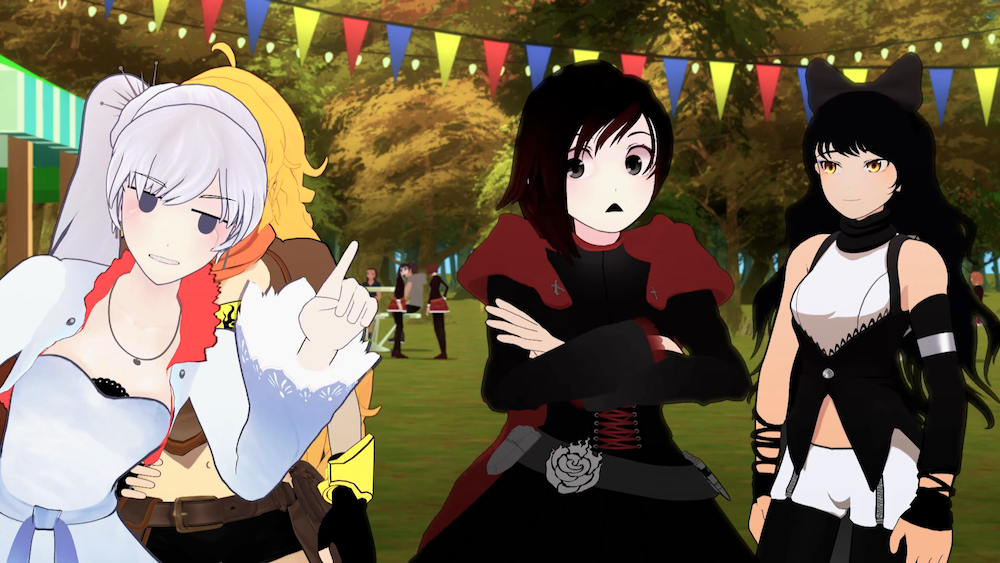 "RWBY's dad wears Lederhosen!"
No. just. No.....I mean he does, but...Dammit...
Fine..
Amongst the MANY things that we've learned...
The hapless shopkeeper, who, do to the local crime wave, has switched from a high overhead retail establishment involving crystal MacGuffins to a more easily insurable noodle kiosk, may, in fact, be more than meets the eye. He is certainly well versed in the esoteric art of card-fu. 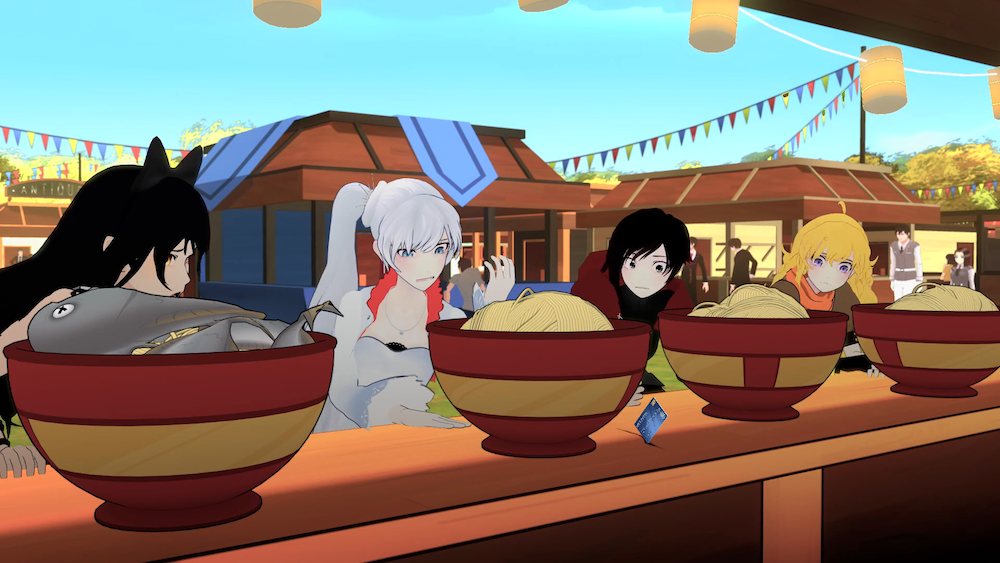 'That was rude, but kind of awesome."
Somewhat surprisingly, we are quickly introduced to that new character from the trailer who has been getting so much  fan attention for the last week. While her time on screen is brief we do get a surprising amount of insight into her character and motivations. 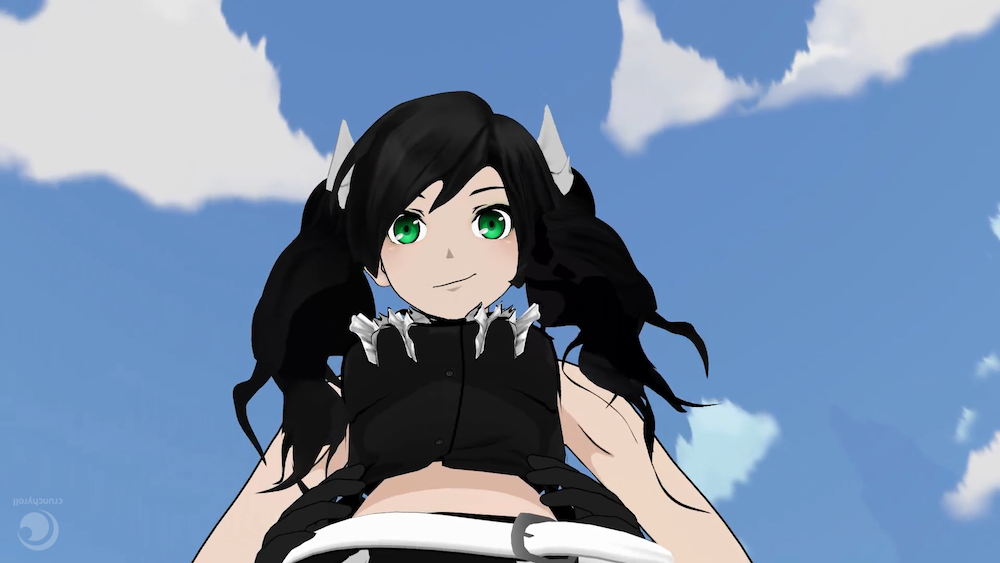 Liquorice
Apparently, Team JNPR has been having some extracurricular adventures of their own, albeit off camera... 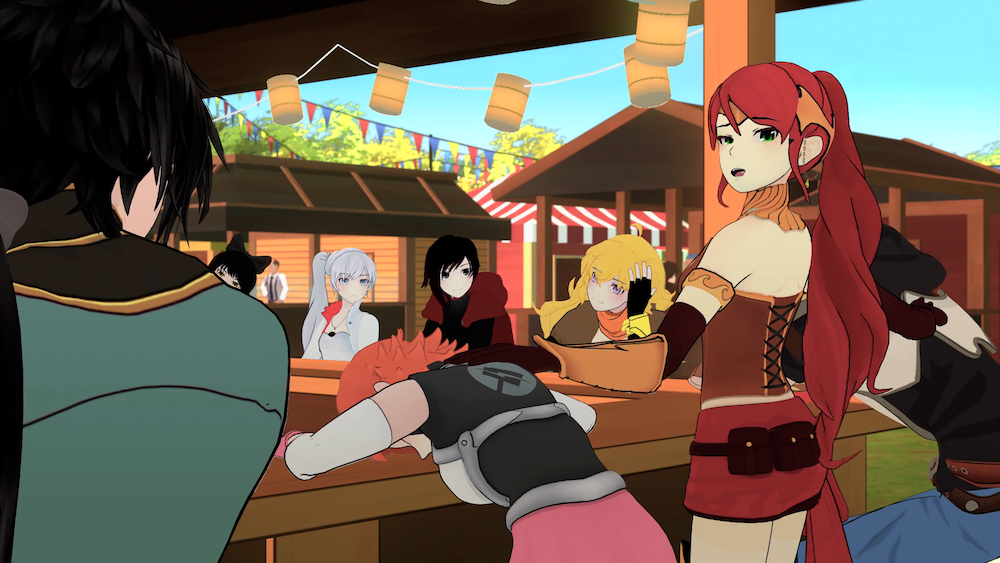 "You know. All those times WE dealt with murderers."
It was an offhand comment, but it was certainly interesting.
Equally offhanded but rather less likely to be a continuity error, was the revelation that Rin and Nora are not only both orphans, but they both no longer have homes to return to.
Not so much revelation as confirmation is the fact that the episodes are 17 minutes and three seconds with credits. This means that we've got to wait a week to see that bit at the rest of the next fight and whether or not the lowbrow foreshadowing will pan out. I will be strangely (and very slightly) disappointed if Vomit Boy does not live up to his name next week, though perhaps not to the extent that I'll be relieved if he doesn't
This season is off to a resoundingly promising start.

1 I was greatly surprised by the massive improvement in graphical quality.  Particularly in the backgrounds, this show now looks really good.

2 Equally offhanded but rather less likely to be a continuity error, was the revelation that Rin and Nora are not only both orphans, but they both no longer have homes to return to.

This is actually supported, at least in Nora's case, by the song "Boop".  If you take the lyric:

Always there for me / You've been my family...

3 Its also lampshaded in other ways. The World of Remnant short on the Grimm makes note of the fact that small communities outside the walls of the major kingdoms fare not infrequently annihilated. Additionally, there was a bit of dialog in last season's finale when Jaune decided (fortuitously) to blow off their plans for the day and run towards the sound of the guns. Ren was quite anxious to visit some town in the wastes.

Jaune promised him that they would go there. Thus even if JNPR is eliminated in a humiliating rout landing them in a pool of their own foreshadowed vomit, they may use their resulting copious free time to follow up on that thread

4 I looked up the lyrics to the new intro song and was struck by how much grimmer it is than season 2's, which was already grimmer than season 1's.

6 One thing I didn't quite get... was there anything that foreshadowed Weiss'  card being rejected?

(I always watch on RoosterTeeth, but their current player no longer lets me buffer the entire episode as their old one did).

7 Maybe--she rejected a phone call from her father just before.

8 There are indications that her father does NOT approve of her career choice. In addition to her not picking up the phone this time, during the episode last season where RWBY was wearing the cool looking costumes (and fighting a giant robot) Weiss rebuffed a chance to talk to both her dad and her sister.