Romance At the Crossroads of "Awww" and "Ewww" A few days ago, I received in the mail a parcel from some place called Duckford. It contained about 5 feet of bubble wrap and this.... 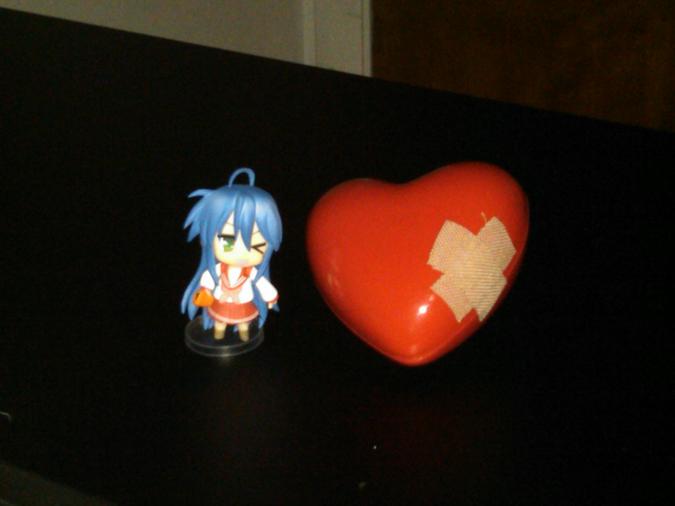 Konata here approves of the packaging *

..which in turn contained 18 inches of bubble wrap and a flash drive loaded with the Mac version of Katawa Shoujo,... you know...THAT game: The dating-sim/visual novel in which the young ladies of interest posses various disabilities. Put together by a group of US fans, it is based on a joke sketch by a Japanese Doujinshi artist. Despite the cringe worthy subject matter, I have, as mentioned previously, been looking forward to this, albeit with some trepidation.

I've been quite sick lately and for a few days couldn't leave the house so...

Well, I went ahead and played through all the paths.

I found the game to be quite uneven, but it's rather better than it ought to have been. In some places it was tedious or just aggravating, in other places it was absolutely superb. 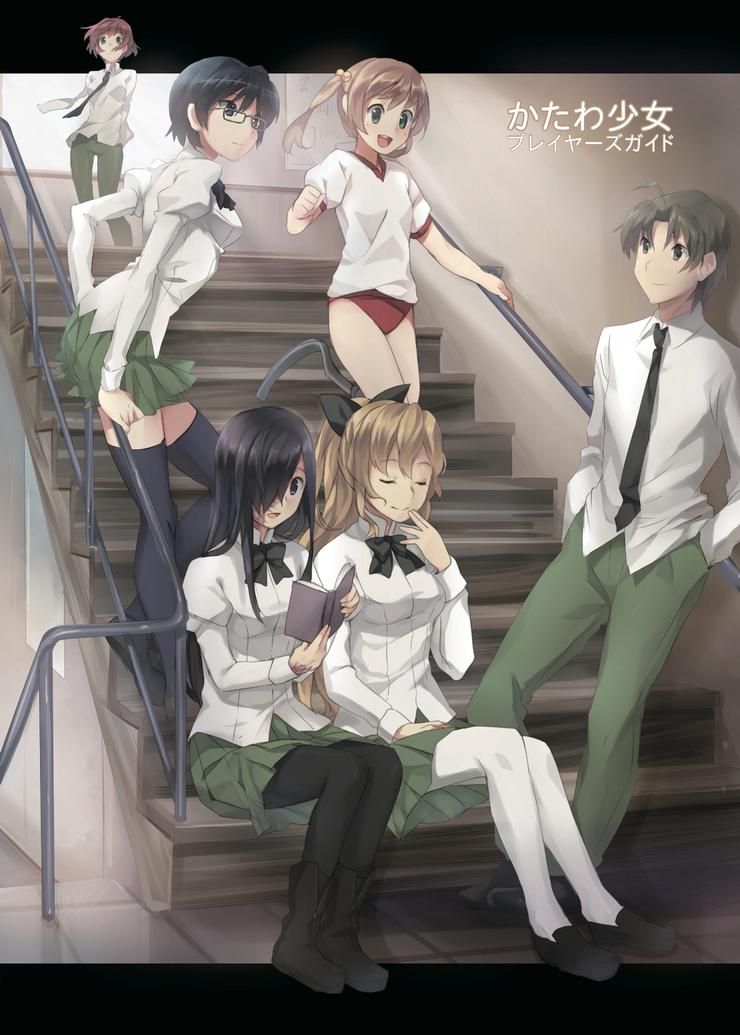 More thoughts on this interesting fan work are below the fold, some that are slightly spoilerish, others that are behind spoiler tags.


You, the player, play the part of Hisao Nakai, a young man who, upon having a young lady confess her love to him, promptly has a heart attack, ends up in the hospital, discovers he has a congenital heart defect and is transferred to Yamaku Academy, a high school that specializes in disabled kids.

The other dramatic personae are well described here.

Having done that, I feel that of the 5 main paths, 3 are very well done and satisfying, while the other 2 fall short in various areas but are still interesting. A sixth path may befall you if you are indecisive. It has the advantage of brevity and dark humor.

Lilly: Very well written and very closely meshes as a "what if" with the Hanako path. Lilly is a genuinely likeable, even admirable character. This path is poignant and satisfying. It is also about the smoothest. Downside...good end involves having another heart attack. Upside...It's a very sweet story. 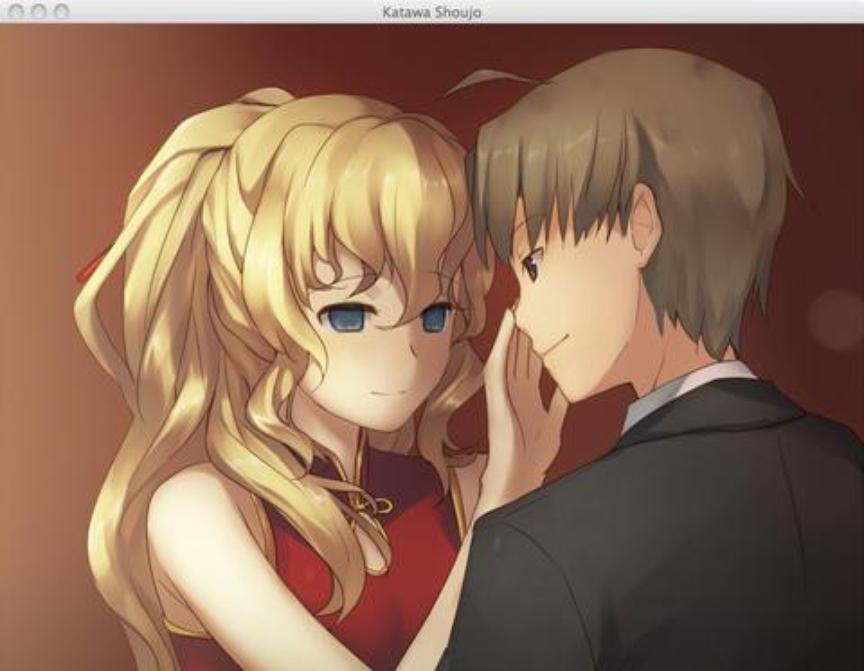 Hanako: Like the Lilly path, this one is superbly written, it is a gut wrenching ride though and disturbing at times. It is a story not just about young love, but also about ethics   What is love? Where is the line between which concern devolves into pity and becomes patronizing, or insulting. What is charity? When is love not really love but about stroking your own ego?   This handles the worrisome aspects of Hanako (she's a broken person as he game begins) very well. One thing that really saves this is that for all the horrors she has been through and as self conscious as she is she never lets go of her dignity and overcomes considerable obstacles... 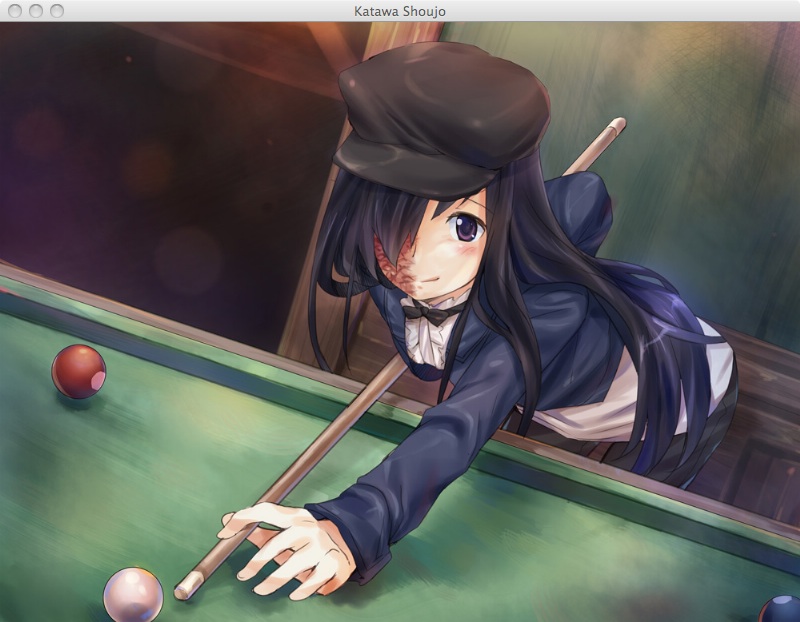 Emi: While not quite as well written as the first two, it is much more light hearted and quite refreshing...lemony fresh even... The sex scenes here were the only ones that I felt actually added to the story. They drive home the fact that these kids have NO idea what they are doing but they're gonna have fun..or learn valuable lessons. Emi is a loon. 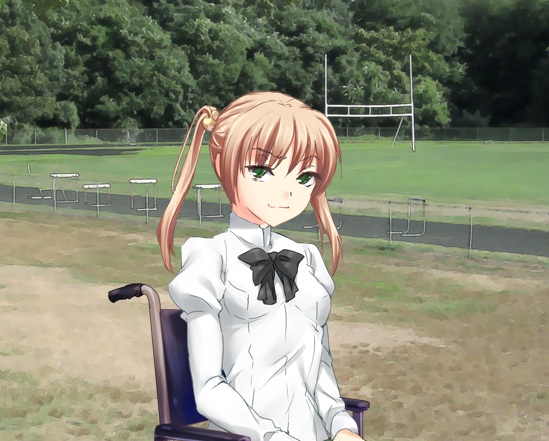 She is also a very likable and inspiring character.
My only gripe with this one is that in this story ones character is occasionally quite dense, requiring other people to explain the obvious. Still, it made me laugh out loud at points. Another nice touch is that in this path Hisao unlike the others is having very little in the way of heart problems by the end..because...well...he's actually doing the exercise regimen. He's prolly gonna live longer.

Rin: Rin is win, but Hisao is fail. I like the Rin character a lot. I like her oddball take on things and I love her dry wit. The problem with this path is that Hisao (that's you, the player) is a bit of a self important jerk.
I found myself asking "Why would I even SAY that!!?" "That's assinine! WHY am I doing this?" And its not like these are options the actual options in the game are seemingly innocuous but affect, not your jerkieness, but how Rin reacts to it. There is a point in the game whre Rin has a deadline for an art exhibition. She asks you to stay away and not distract her until after she has met her deadline. You do anyway (no menu option otherwise) You intrude upon her and...after you ...assist her with her...endeavor..she reiterates that she REALLY needs to work, please stay away. She later shows up on your doorstep proclaiming that she's finished...and (again no dialog option) Hisao (you) rips her a new one for no discernibly legit reason. I also find it bothersome that the good end is incompatible with her succeeding at her art show and career. That left a bad taste in my mouth. Rin is all kinds of likeable...and despite those rumors she's sane too.. 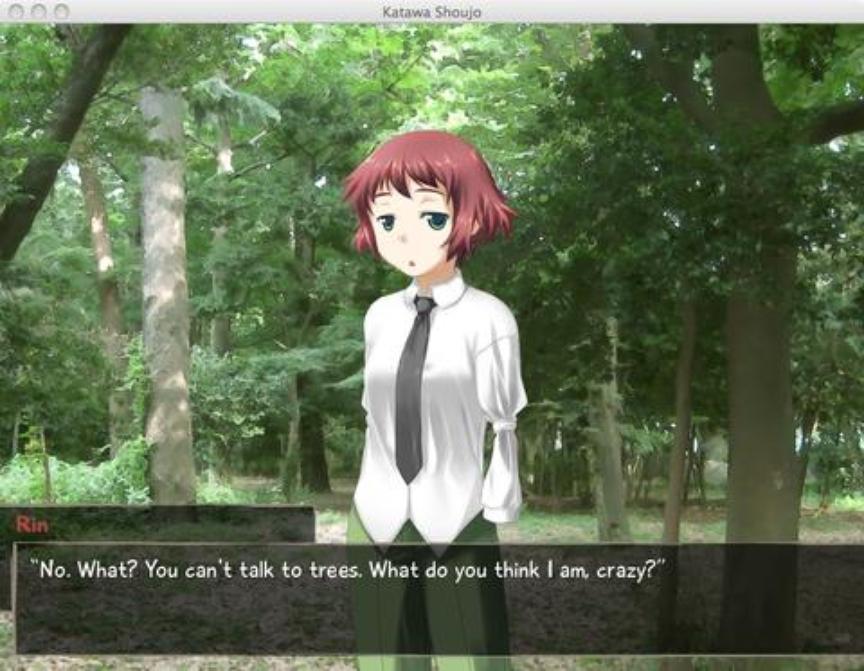 So its a shame to see the character get treated so roughly.
Still this path has Rin...being  Rin. So it's not a total loss.

Shizune: This one has some decent ideas and a few good points, but rambles in a series of oddball digressions. Shizune is not a terribly likeable individual in this path (as opposed to the other paths, where she is an antagonist but flashes of decency emerge in each of them).  There are other issues too Like accidental sex. Misha coming in and saying she's had an awful day and just wants someone to hold her and talk to her :Your options are (a)Kick her out (b) comfort Misha. Take option (b) and in the next panel you are both nekkid and I'm all like.. WTF!?! Where are my clothes? Oh. So I see you wear falsies.... This of course derails the whole path and sends you to the bad end. Which leads us to the fact that Shizune actually comes off better and more sympathetic in the bad end. The extended digression with her family is wrong on a lot of levels as is the plot point where you (as Hisao) invite yourself on her trip home.

Shizune as laid out in the early part of the game has a LOT of potential as a competent person who is misunderstood and offends through ignorance (EG: the snapping) but it never really gels. 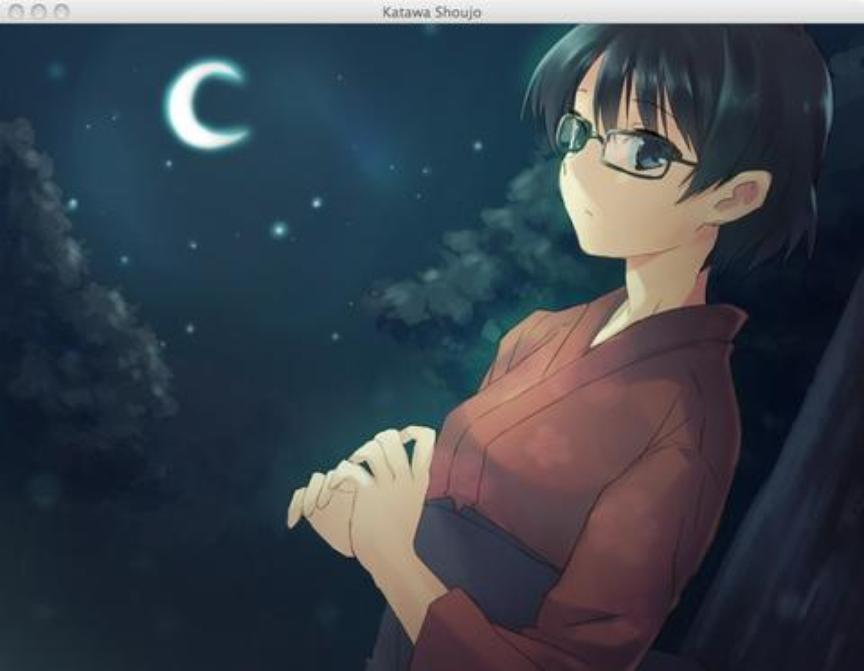 This path is the weakest of the lot, but even it does not actually suck, it just needed some editing and a little character exposition. And less traps.

Kenji: We will not speak of this here.

One of the things I liked about the demo as that it was not an H-game. When it was announced that the full version was going to be, I was concerned. There is an option to turn off the ero scenes but this simply substitutes the pr0n with random pictures of fruit, cuttlefish, a chinchilla or images subtly mocking Hisao... 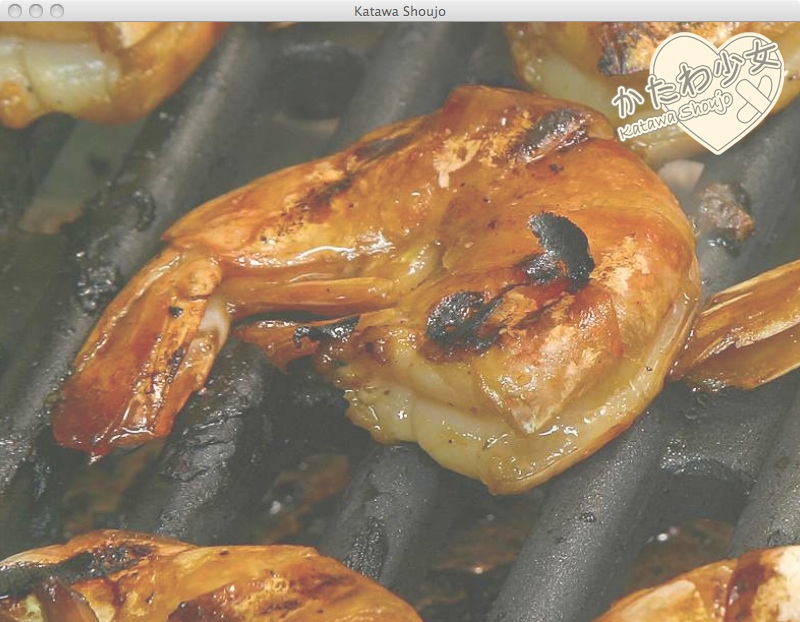 Hey kids! The shrimp is in the Barbie!
With one exception they didn't really contribute a lot to the story, though they were generally touching (and would have been more so without some of the text). I'd've felt better about the game if they were left out, but they did not come off as exploitative at all which was my primary concern. That is an accomplishment in itself.

I don't do, dating sims much, to the extent that this and its demo are the only ones I've played, so I can't reliably make comparisons. However, this was a cute and often quite touching set of stories. The people who made it have done an impressive thing and I look forward to seeing more from them.


* Awesome packaging is courtesy of Wonderduck.