GJ Club I'd found a couple of cute animated .gifs and tracked down their source. When I read the premise for the show it did not excite me...at all. However, a bit of digging turned up the fact that despite the cast and premise it is based on a series of light novels...and not a dating sim.
So I gave an episode a whirl.


In a certain school with very garish uniforms four girls and a boy round out the membership of the mysterious GJ Club. The clubs purpose is unclear but within the tiny club room, the five young souls drink tea, play chess, change light-bulbs and have other such harrowing adventures.... 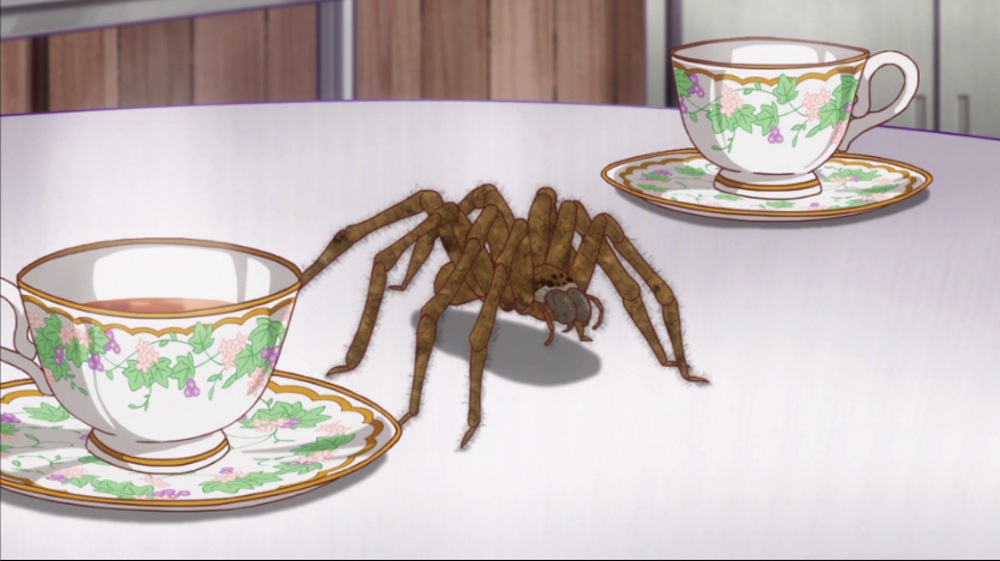 This is an odd one.

This here is Kirara Bernstein. She's...well she's an exchange student...from someplace. She doesn't speak Japanese confidently and is generally very quiet.  She  seems to be on Atkins. Kirrara is also exceedingly tall and a bit awkward. She nearly died when bitten by a black widow at age 4 and this has left her with a terrible fear of spiders. Is there anything else I'm failing to mention here? 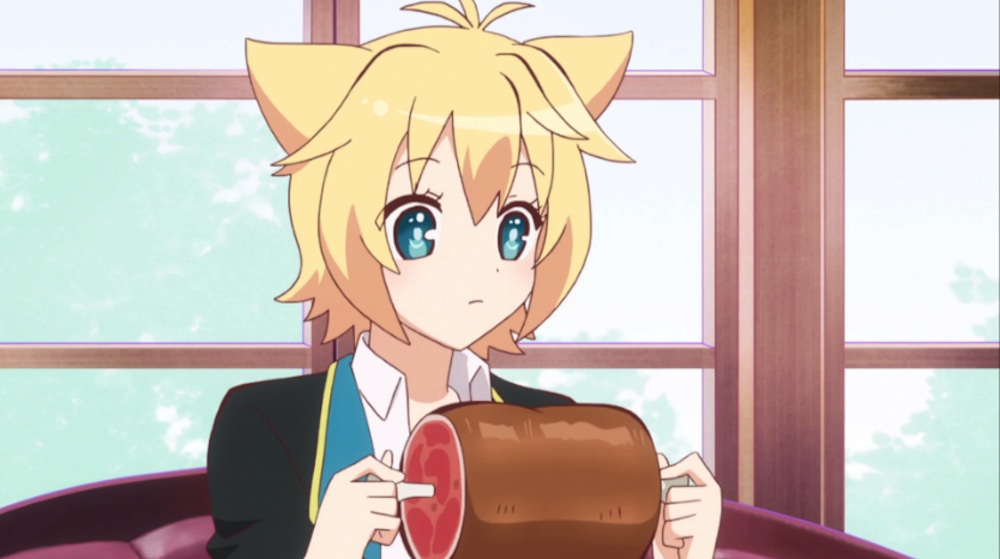 About 2/3 of the way through episode one, Mao the rather manic club president and Nebbish McOrdinary here notice that, yes, there is indeed something odd about the girl sitting by the window. 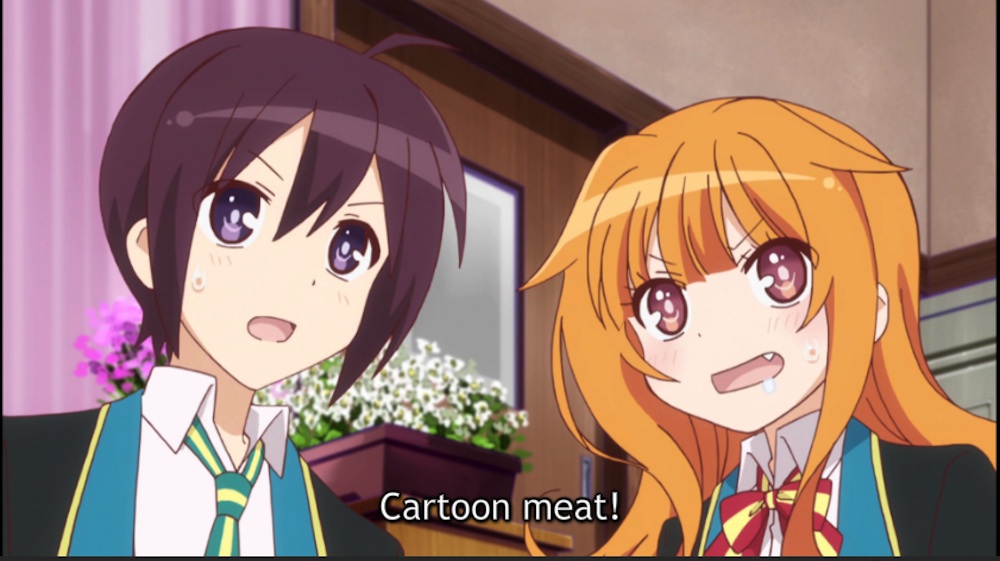 
Which precipitates a conversation that ranges from how there is no cut of meat on any animal that looks like that to whether or not eating it will allow them to "increase their hit points" and speculation on just how the HELL that thing Kirara's eating was prepared.

The other club members are Shion, an elegant but slightly out of touch genius chess player and Mao's younger (and much taller) sister Megumi who is the absolute master of the club tea service. The dude is named Kyoya and serves mainly to be the butt of pranks. He prefers Josei and Shojo mamga because they tend to actually have character development.

Artwise, GJ Club has got quite detailed backgrounds with the animation itself being about average. There are occasionally some editing quirks that are fairly clever.

Although his show's cast seems to consist entirely of cliches it has a fairly offbeat feel to it in part because the pacing and humor is rather dry, though there is some slapstick as well as the oddness evidenced above. By the end of the first episode there are actual hints of personalities in some of the characters.

I'm not sure what to make of this show...

However I laughed.. and it's cute so I'll probably watch at least a few more episodes to see where it goes.

Thus far it's way better than it ought to be.

UPDATE: It occurs to me that one of the things that seems so off center is that while it is cast like a harem show it's more a cute girls doing cute things sitcom with the caveat that one of them is a guy.

1 I once had some Austrian pork which looked a little bit like that - big old leathery lump of meat on a bone, sticking out on both sides.  Big, heavy meal - this was a novelty place where they literally threatened to beat you if you didn't clear your plate - there was a red club hung on the wall for that express purpose.  The pork was kind of nasty, actually .