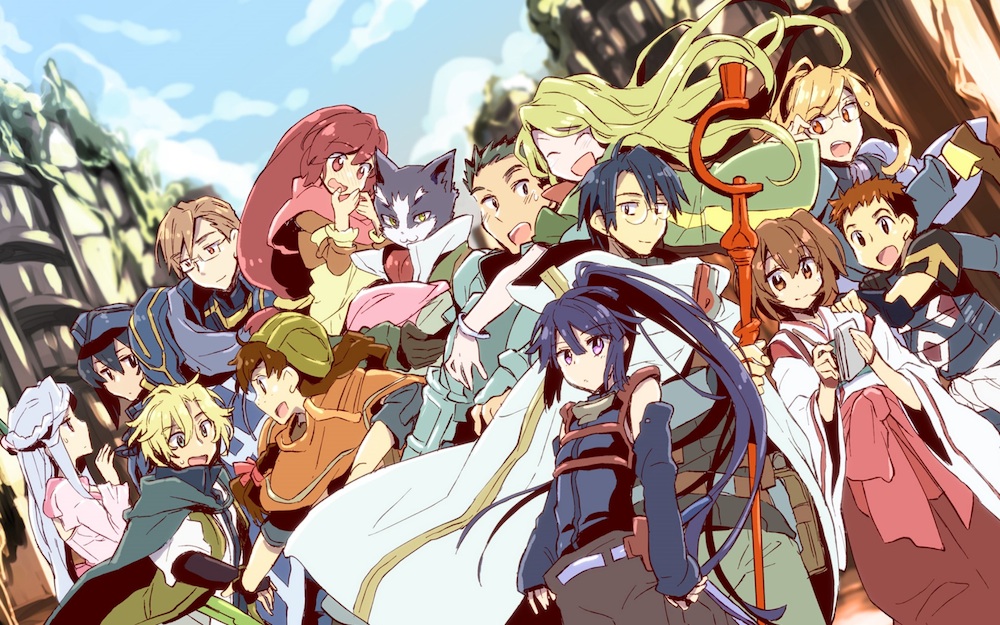 In an earlier post, I linked to this piece which, using Medieval Europe as a template, discussed the probable economic ramifications of an adventuring party in the D&D universe.
My friend BOB!1! disagreed with the premise and attempted to comment but was thwarted by a comments glitch. He has an interesting take which I'll attempt to relay and expand upon here.
Emily Dresner makes the case that bands of adventurers gaining large rewards for services rendered\ and then spending their gains in small towns disrupts the social and economic order. Furthermore this activity risks a sharp inflationary cycle that will further wreak havoc on the society.
BOB!1! points out that the Middle Ages (and the D&D world) were characterized by a severe deflationary cycle associated with a civilizational collapse. Money was tightly locked up in savings and held largely by feudal lords. It was not in circulation except to pay for rotating debts and wars. Travel and trade were hindered by roving bands of orcs (or Vikings, bandits, wolves and occasionally Arabs) and there was little pressure to invest in infrastructure or mercantile projects.
Into this come our adventures who as Ms. Dresner points out. shake things up mightily and put gold that has been squirreled away into circulation. This does indeed shake things up and it will eventually cause considerable upheaval in the social order....
...BUT THE SOCIAL ORDER SUCKS!
Feudalism boasts impressive stability and a certainty of ones place in the world....because one's place in the world is almost certain to never ever ever change. Like the Subcontinent's caste system and myriad other systems considered exotic or 'indigenous' it has certain undeniable merits if one is a nobleman or a passing hipster tourist, but is rather less appealing to those who sustain it.
However, given the premise put forth in D&D, the adventurers and the craftsmen they trade with are a blossoming middle class, which is a good thing.
Note too that the corollary between Medieval Europe and D&D is not precise. Dragons are a deflationary pressure not present historically. (The inflationary potential they represent if slain might be analogous to the Aztecs however.)
Likewise. the dungeons themselves are vast, incredibly numerous, and indicate a far more advanced precursor civilization than Rome. Once cleared of monsters, traps and megalomaniacal necromancers they represent vast tracts of useable (though probably not arable) real estate. The release of such infrastructure to settlement and the introduction of the monetary hoards within into the economy would mirror on a smaller scale the effect of the black death on land availability and money per person in circulation, but without the near total disruption of what trade there was. On the contrary, by reducing the threat of orks and bugbears the 'murder hoboes' would greatly facilitate trade even as the huge injection of gold into the economies would cause an inflationary spiral that would encourage investment in various enterprises. No longer could wealth be best managed by hoarding it. Rather, with the value of gold dropping, one must use it or loose it. Investment would be the key to riches. Ms. Dresner uses the example of 1500s Spain to suggest that this would be a disaster. However, Spain encountered difficulties due to micromanagement and regulation of the economy in an attempt to keep the feudal order in place rather than the more trade oriented one Spain's gold had made possible. It's worth noting that other countries embraced the change and ushered in a rising standard of living and ultimately the enlightenment.
Finally, since the adventurers in D&D tend to be polyglot associations, and demonstrated the advantages of various races working in consort, and since financial success comes from appealing to the largest demographic possible, prosperity would tend to favor kingdoms that take a tolerant view of racial equality and miscegenation and a dim view of provincialism. This could conceivably even be extended to some of the orks if the analogy of the Vikings is used. This means that the kingdoms that emerge from this time  would be well on their way to an equivalent to the Renaissance and/or Enlightenment that might well outstrip the historical one.
Dresner is correct that the adventurers make the feudal D&D world they start out in unsustainable in a few years if they are at all successful, but far from being unwitting agents of chaotic evil, the adventurers are likely to end up being forces for chaotic or lawful good...whatever their alignment.

It's true that the middle ages suffered from a lack of liquidity, but that's because they used silver and gold as money, so the money supply was limited by available metal.

But then there was a huge silver strike in Joachimsthal, Bohemia, resulting in flooding Europe with "Thalers", 1 ounce silver coins minted in Joachimsthal.

At about the same time, the Spanish began bringing in huge amounts of gold and silver looted from the New World.

The effect overall was inflation, because now there was too much money.

2 Some people have argued that the D&D universe is already in the grip of runaway inflation, considering that some magic items sell for upwards of 100,000 gold pieces. If you figure each gold piece at one troy ounce (which would make them really small, given how dense gold is) and with a troy ounce at 31.1 grams, then that would be 3.1 metric tonnes of gold.

3 Magic screws up everything.

-Spell components take a tremendous amount of value directly out of the economy. Resurrecting requires what, 5k gold pieces' worth of diamond dust? Even a lot of lesser spells take 10 or 20 or 100 GP worth of materials. Some of these effects can create economic value worth the price, but not nearly all of them do.

-Brain drain. What do people with high INT scores do? They become wizards, because why swing a sword or make shoes for a living when phenomenal cosmic power awaits? But like the current educational system in the US, this means that you end up with a lot of people who have got their Wizard Degree but find that their school isn't in high demand (especially the illusionists and necromancers...) They've got enough education to be unemployable in the regular labor market but not necessarily useful skills.

-Rolling from the same idea, this means that by and large, "fix it with magic" is going to be the go-to answer for any problems you run into. Crop failures? Forget introducing the three-field system, just bless those fields! You don't need firearms to arm your militia against encroaching bugbears, apply fireballs until well done! Epidemic make you wish you'd invented the germ theory of disease? Nah, just get the divine casters on the job. Basically, since your educated class is heavily invested in being able to Fix Things With Magic, that's going to be what they do when they run into a problem. This means you don't get a lot of social progression, as wizards don't have an incentive to provide scaling solutions (and in fact have lots of good reasons to prevent things like the spread of firearm technology - they actually did a Forgotten Realms story about that, if I recall correctly.)

-Want to be a blacksmith? Better pray a wizard doesn't set up with the Fabricate spell and drive you out of business...

-They have a nasty habit of not dying, not only meaning that their wealth doesn't go back into the economy, but then you get things like liches making life worse for everyone else.

-On top of that, there's a lot of direct wealth destruction going on. Dragons don't just hoard gold, they raze villages. Necromantic hordes roll over the border areas, leaving nothing alive behind them, and even if they lose the pivotal battle, the land is still fallow for lack of farmers and livestock. Eventually demihumans take advantage of the open space and civilization retreats just a little further...

Of course, if you have to live in a world with magic, you want magic on your side too - otherwise you have to live with most of the downsides of living in a magic world but without any of the good stuff that results. So it's not like one side is going to unilaterally fire all its wizards and clerics... not if it doesn't want to become a "former side" anyway.

But you're not likely to find a Renaissance in D&D, simply because the wizards have massive incentives to wizard, not to spread the power they've accumulated through the populace as a whole... and anyone smart enough to advance society will benefit personally much more from being a wizard, when the other choice is being a philosopher. (And even if you get a few altruistic ones, they get murdered by other wizards who don't want their rice bowl overturned...)