Hidemari Sketch: Hoshimittsu  The third Hidemari Sketch series picks up the 'story' in the next semester and sees 2 more girls join the 4 previous characters. It continues with more of the same. The new season's animation's rather better, but increasing the core cast from 4 to 6 thins the available bandwidth for character development a bit.  Still, its well paced. Those who liked the previous incarnations are likely to enjoy this one. 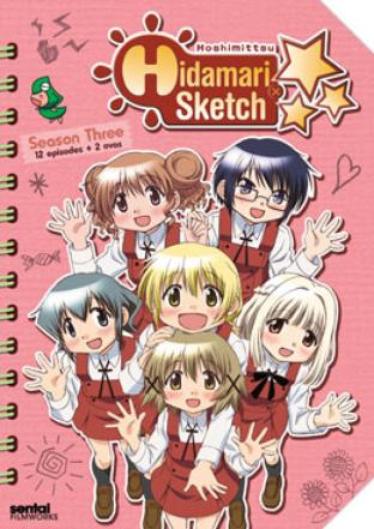 They seem a bit more chibi-fied on this cover.


For those unfamiliar with the franchise, it is based on a 4 panel comic strip and involves the antics of a group of young ladies going to a small but well regarded art school as they try to cope with living in a town extensively polluted by the detrius of an exploded zipatone factory,
( That last bit might not be canon)

Being about art students and written by creative types, it's sort of a Mary Sue strip for aspiring artists. The humor is generally pretty dry and revolves mainly around sketch comedy and character bits. The pacing reminds me a lot of Peanuts.

The art and direction is exceedingly quirky. This latter may grow out of the first series being a throwaway filler show with no budget. The production team seems to have compensated for their initial lack of resources with offbeat art and a LOT of screen-tone. The first series was a runaway hit and SHAFT seems to have responded by throwing money at the animation team, though the quirkiness remains.


One thing I did find slightly dismaying:
The characters are all living in an apartment complex near the school and one of them is an established (and award winning) writer who has enrolled in the school to learn to draw so she can illustrate her light novels. So...I'd gotten it into my head that this was a college and that Sae was much older than the rest. That was certainly the vibe I got from the first two discs.
This show makes it much clearer that the art school is actually a high school. It just specializes in art.


This means that ...ummm...Sae is a high school student....which for some reason makes me feel both dirty and old. 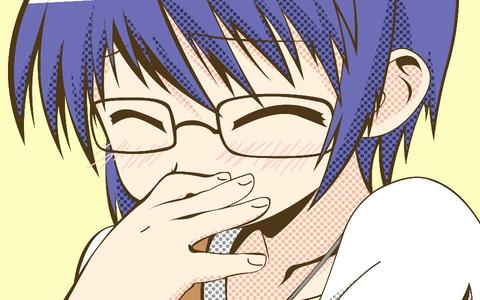 
Despite that jarring realization It's still an enjoyable little franchise. A third of the way in this third installment is holding up very well.

1 Eh, if the show had a bit more of Lucy and Linus in it, or even Charlie Brown, I might have loved it.  Peanuts could be kind of harsh - cynical, existential, and pessimistic.  The Hidemari seasons, on the other hand, make K-On! look like Funky Winkerbean in comparison.

2 The Hidemari seasons, on the other hand, make K-On! look like Funky Winkerbean in comparison.

Muppet, you forgot the most important part of the HidaSketch franchise: Yuno's Duckie.

3 Hidemari is made of aww and winsome.

And according to Google, I am the only person ever to have made that joke. 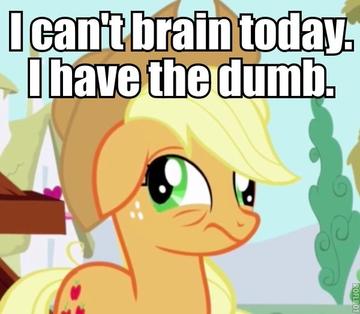 Actually, seeing as how a Google search for Hoshimatsu turns up this blog entry only...I'm guessing it be gibberish.

6 Just claim that you had it mixed up with the alternate name for the Tanabata festival, Hoshimatsuri. We won't tell.

OMG Ken, you are a brony?

Actually, I was a Cub Scout. The  Brownies are a girl thing. ( Not to be confused with The Girl Thing )