These Posts Seem to Happen in Threes In keeping with the carefree and optimistic tone of the previous two posts, I find myself asking recently why the story about the Stingers has gotten so little coverage except in overseas papers and certain partisan circles here. 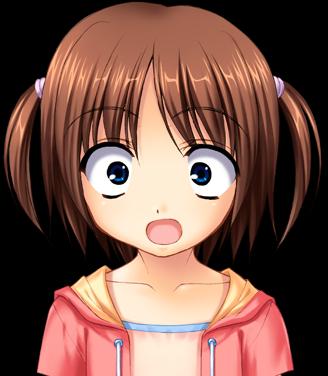 "Oh God. Did you say "partisan? 'cause I was kinda' hoping to make friends!"

Indeed. Not only does my inquiry involve the "P" word it focuses on the particular "B" word that people just don't seem quite fearful of looking at too closely, and that "B" involves another "P" word which is Politics and so it goes below the fold.

The UK Daily Mail reported last week that 4 hundred (that's 400) Stinger missiles were stolen from the annex near the consulate during the Benghazi debacle. This would seem to qualify as "news".

It's been rumored/reported for some time  CIA annex in Benghazi was smuggling weapons to the Syrian rebels. I was under the impression that this was mostly small arms and crew served weapons of Libyan origin but this indicates that at least some of what was being secretly supplied to the Syrian rebels were shoulder launched surface to air missiles. It's possible that the word 'Stinger' is being used as a generic term for all shoulder launched SAMs. Stinger is a US weapon. I'd think the SAM's that vanished were either Russian or French. However, there are Russian accusations that the US was supplying Stingers to the Syrian rebels (who share some connections with the people in the Caucuses who have killed thousands of Russians). The State Department denied this...as they have denied pretty much everything that has subsequently turned out to be true about the Benghazi debacle so confidence is not high.

Now the Administration has been supplying the Syrian rebels with arms (at the time of the raid illegally so) because the leader of Syria is a brutal dictator. The problem is that the rebels are pretty much all affiliated with AlQuaeda. They hate Assad (the Syrian leader because he os of a branch of Shia Islam (The Alawites) that they consider to be infidels. They also covet his large stocks of nerve gas, weapons and his tiny stock of fissionable material. So, it would follow logically that the worst possible outcome of the hellish civil war in Syria would be to allow Al-Qaeda access to those things. This is an organization that is evil and resourceful enough that with an equipment list consisting of 19 assholes and some boxcutters they were able to kill 3,000 Americans. Give them nerve gas and enriched uranium that might be powdered and put in fertilizer bombs and boy howdy think of the things these visionaries could do.

Assuming good faith goals on the administrations part their plan to aid these monsters seems...ill considered.

Which brings us to the weapons that Al-Quaeda actually seems to have acquired: shoulder fired, surface to air missiles, at least 400 of them.

Obviously there is no chance that a few dozen, or a few hundred of these will EVER end up anywhere outside of Syria. Certainly they can't get into the US due to our impregnable border security. Certainly, given the utter inability of smugglers to get cocaine into the country these could never find their way here.

And most certainly these weapons..that these murderous architects of death had for a year already  are not in the hands of people, who, perhaps on some anniversary they have previously indicated they feel warrants fireworks, will be sitting outside Hartsfield international and a dozen  or more of the nations busiest airports in dispersed  teams of 4 or more ready to, at a pre-determined time  and over the course of a few minutes take out  scores if not hundreds of the thousands of civilian planes each packed with hundreds of passengers apiece  that are going to, coming from or circling around those facilities.

Obviously...because if they could it'd be news right?

1 You're right. This is a very newsworthy story, it's very depressing and worrying, and I don't believe the denials either.

On the bright side, there's always the more depressing news about China's little adventuresome side. Every time in the last ten years when I've attended Origins' military history track, they always had something else scary to tell us about China's plans and preparedness. Yet that's generally not news, either. (But at least there we can think it's a matter of straightforward bribes and advertising money.)

2 I thought Steven didn't understand "disappoint" but now you have a definition of "bright side" I'm unfamiliar with.

Perhaps it's actually me!