Another One Erick Erickson has just been SWATed.

Why it Matters Yesterday was BLOG ABOUT BRETT KIMBERLIN DAY! . However, my schedule has not permitted any blogging from here since the last Kimberlin post.
This is of little concern as...well, that is one impressive gaggle of bloggers there!

Nevertheless, I do think it is important to talk a bit about WHY this is a big deal. 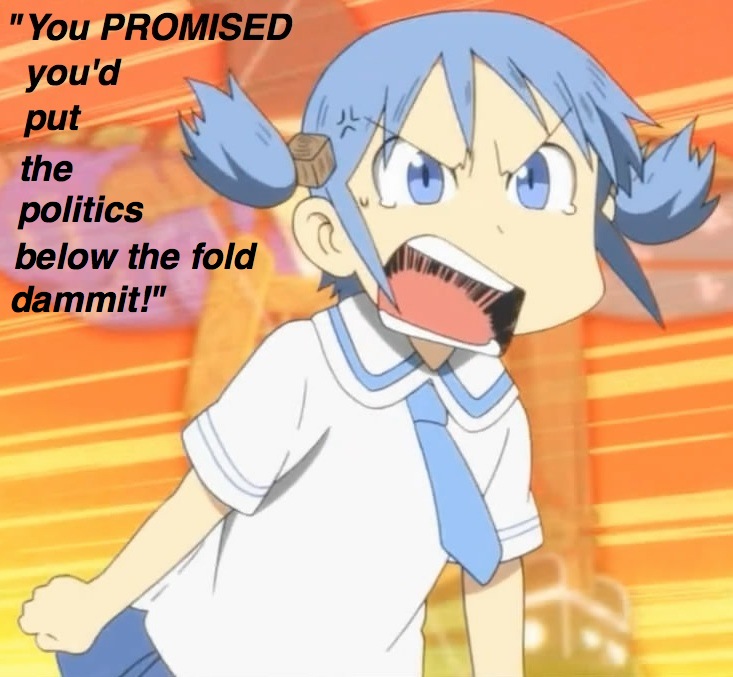 This really isn't politics...it's domestic terrorism.
Nevertheless, below the fold we go....

Holy Crepe! I don't do politics much anymore and out of respect for my readers I usually put it below the fold when I do, but this has jumped the line from politics to something much more worrisome and needs to be out in the open.

I've been busy, but I've caught a little of this creepy story.  However, while I was distracted it's gotten really serious.

Short version. A blogger was getting harassed for telling the truth about a convicted left wing terrorist, who like so many left wing terrorist got off light and is now a darling of the professional Left. There's more on this here, here and here.


..and that's when things well and truly escalated.

As a result of that post R.S. McCain has now has to flee his home with his family. More here.

His tip Jar is here.

I'm just a Z-list blogger but this is nasty, it is vile and it needs to be shouted to the four winds. I'll be damned if I'm not going to do what I can.

About that Beating Nearby Norfolk and our local paper are both in the news today because of a beating that took place two weeks ago.  However, no one was killed and the victims seem to have no permanent physical injuries and have returned to work, indeed, though badly hurt, they left the scene via their car. This ought not to be a national story.

However, it IS a national story and that is because the Virginian Pilot sat on the story for two weeks, despite the fact that the victims were two of their own reporters. The paper broke the story not as news, but rather in an OP-ED yesterday. It is here.

The fact that the paper did not report the story until the editorial staff could not abide the failure to report and broke it is causing understandable alarm. This is particularly true in the wake of all the examples of media malfeasance revolving around the terrible Zimmerman/ Martin  case.

It should be noted that this is quite different from that wickedness in that it seems that the Virginian Pilot staff aren't actually trying to gin up a race war. However, the size of the mob, and the police observation that such things are unremarkable in downtown Norfolk (which one would not know by reading the 'Pilot )are the sorts of things that a local paper ought to be reporting on. The public needs to know these things both to make informed choices about where to go at night as well as raising awareness of the problem so its on the radar at election time...
...oh wait Norfolk's elections were YESTERDAY.
This is something that ought to have been on the public's radar 2 weeks ago so that the candidates could have proposed solutions. Well, the paper did not wish to offend, so those elections did not deal with this issue.

There is speculation that there was a seedier rationale for this debacle beyond knee-jerk political correctness or a fear of fanning racial flames, namely that the president and publisher of the Virginian Pilot is now Obama's deputy HUD secretary. I heard this bantied about on the local radio this morning as well. IMHO the timeline on this does not quite jive as he was already confirmed by the time of the beating. I suppose there could have been some residual butt covering for the old boss. In any event the incident was not covered.

The beating was terrible in and of itself and the failure to cover it is worrisome but is also of national interest interest because there are some  indications that it was another "Justice for Trayvon" racial assault. Da Tech Guy has a long post on this aspect of the case but it is in one of his updates that he hits the nail on the head regards the local implications of this.

One other thing to consider, thugs arenâ€™t only thugs when a person of a different race drives by. If an assault on their own journalists went unreported for two weeks how much less likely is the paper to cover non fatal beatings, robberies or intimidation within the community done by the same people? The paper and the police do the black community no favor by ignoring this stuff.

...and therein lies the rub. What else is not getting reported? What information are city council, the local churches and civic groups who might work to mitigate this denied regularly?

These are not trivial questions for our community or the nation at large, for one can be sure that this does not just happen here.

There is a sick irony in the attack itself.
The victims were returning home from the Attucks Theater, a historic black theater that was a major center of black artistic life during segregation and is now a performing arts center dedicated to cross cultural understanding (mainly through jazz). Additionally, the intersection of Brambleton Avenue and Church Streets where the attack took place is dominated by Norfolk's Martin Luther King Jr. Memorial. Of all the places to have a race riot....