A Solution to the Alaska Dispute.... I propose a compromise between the US and Russia over the...er...burning Alaska question.

Instead of giving them Alaska proper, why not just send them Ted Stevens instead?

The Coldest War Eaglespeak has an interesting post on the efforts of Russia to solidify their claims to Arctic Mineral Resources. Russia is claiming a huge expanse of the Arctic seabed, claiming that an undersea mountain range, previously supposed to be part of Greenland  is, in fact, part of Russia's continental shelf. More here...

Related  is this series of articles that proposes ideas for dealing with the threat to Canadian sovereignty over arctic islands that is posed by...er...Denmark.

Canada, Denmark the USA, Norway and Russia all have competing and occasionally overlapping claims in the Arctic. Given the recent flexing of Russia's muscles in the area (we HAVE the receipt thank you) it is logical to focus on that rather than two of the more peaceful nation in the world....but the situation in the Davis straits is rather fuzzy legally as it was never really an issue before. Now as the Polar cap recedes and turns this rescource rich area into a major shipping lane and makes getting at those resources tenable things could get interesting. A real war between Canada and Denmark is, of course, unlikely but something similar to the cod war could actually occur. 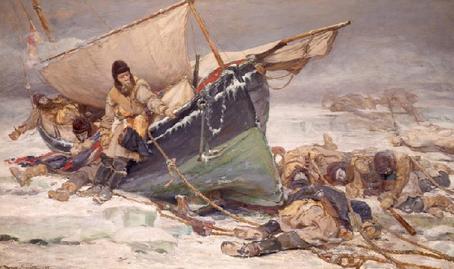 Of course this is another reason for the Coast Guard to keep and augment its red hull fleet.

and outright fear certain intellectuals have of the new media and the coarsening or dumbing down of our culture ...see here and here.

Now complaints about the quality of thought put forth by the rabble is not  without some merit. The history of democracies is as old as the first lynch mob, which, of course, is why this nations founders strove to give us a Republic.

The internet has vastly lowered the bar for publishing and done an end-run around the editors that were once the gatekeepers. The result, more often than not, HAS been semi literate "cranks with chips on their shoulders" typing out unfocused digressions and on the fly media reviews without the benefit of any deep literary appreciation or other expertise. To find such 'travesties of the tubes' one  need not look far....

That example notwithstanding, I think the benefits of this unkempt stream of consciousness do outweigh the downsides. The Jayson Blair fiasco is mentioned in the comments and it is important to remember that Walter Duranty got to keep the Pulitzer given to him by those same hallowed gatekeepers.

Is there a colossal cacophony cretins creating cartloads of craptacular crap plaguing the interweb?

But one can turn it off or on with a mouse click...and the potential to bypass the people who fancy themselves arrestor switches on society is what really gets up many of these peoples nose. As Colleen  points out...

The artiest of the art crowd is just as inflexible, narrow-minded, and cliquish as they would presume a community of Mennonites to be; their idea of what is acceptable is different, but no less rigid in context.

The second link is closely related and bears reading as well. Both have lively comment threads that warrant a look....the second of which is launched by an accusatory comment from some Parsons wannabe who one could be forgiven for thinking is a bitter, out-of work-editor...a rather bad one.

Anyway, enough of my rambling, go read both posts.

John Bambenek, you are an Ass I am no fan of the frothing hysterical Bo-Bo's that make up most of the Kossacks. But damn....this is just profoundly stupid.

This is exactly the sort of wretched passive-aggressive sleaze we deal with on college campuses and that we oppose in the real world in opposing the "fairness doctrine".

Using the government to stifle viewpoints you don't agree with is wrong.This is one of the principals of American conservatism. (You should acquaint yourself with those Mr. Bambenek).

The sweet irony of doing this to those who long for the "fairness doctrine" does not in any way mitigate the wrongness of it. Lowering ourselves to the level of the more extreme Dems rather defeats the purpose of opposing them. 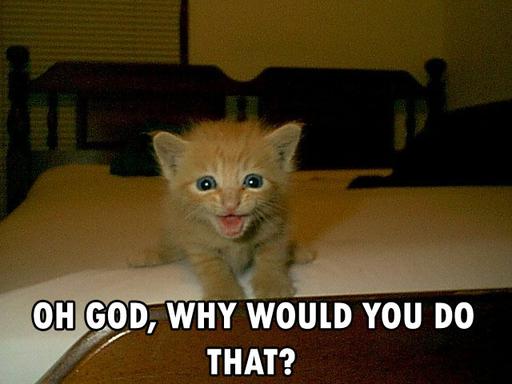 1 Up front I should state that I profoundly disagree with the fairness doctrine. I believe it to be a fundamental violation of our 1st Amendment rights and a thinly veiled attempt at gaining power by undercutting the political process.

However, I believe the only way to get the Left/Liberals/Progressives to turn loose of the fairness doctrine is to use it against them. Fill the queue with complaints about everything from offensive fonts to improper use of the language to misrepresentation of facts to whatever. Everyone should file complaints against these fools who instituted this nonsense until it is discarded as useless to their purpose.

Aside from their onerous size, the tickets seem poorly geared toward saftey, and even the Governor agrees they are mainly a revenue measure.

Speed, especially on the interstates is not a major saftey concern....changing speeds are....like the sudden changing of the speed limits in Newport News (Warwick Blvd.) and Norfolk (Terminal Blvd.) downward to take advantage of this upcoming windfall.

The 20mph downswings in speed limits on rural roads like 258 in Isle of Wight county are already an issue....they tend to be sudden with minimal warning and often associated with a hill and a patrol car. This is sleazy enough without a thousand dollar fine (and a spike in taxes for years).

Traffic fines should be for satey...not revenue generation. I hope the backlash from this is VERY strong.

I seem to remember back in the early days of the republic we had a method of dealing with public officials like Gov. Kaine....I wish I could remember what that was.... 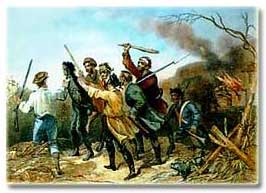 1 I think it had something to do with a sticky hot black substance and the stuff that down comforters are made from. There's also something about a long piece of metal, steel I think.

Hope this helps, I'm sorry that I can't remember the name of the book that it came from. It might have been a history textbook.

Why I'm Still with the Stupid Party  ....the alternative is worse.

Sen. John Kerry said during a C-Span appearance that fears of a bloodbath after the US withdrawal from Vietnam never materialized. He says heâ€™s met survivors of the â€œreeducation campsâ€ who are thriving in modern Vietnam. An award-winning investigation by the Orange County Register concludes that at least 165,000 people perished in the camps.

Note that 165K is a seriously lowball figure even for the camps alone. It does not take into account those killed outright by the commies nor does it deal with the genocide perpetrated against the Montagnards.It does not deal with 250,000+  boat people who died in leaky sampans trying to flee the socialist utopia inflicted upon them and it doesn't even touch the death tolls in Laos and Cambodia caused by the  fall of those nations governments to the communists which the fall of Saigon made all but inevitable.

...and I'm sure survivors of the reeducation camps are going to say anything they can to prevent being put back into the fine accommodations that Kerry's efforts in the US made available to them.

This seems part of a larger campaign by Dems to whitewash the human catastrophe that was the result of their proudest moment.

Senator Kennedy earlier this year made this rather bizarre statement.
Sen. Ted Kennedy, D-Mass., replied, "Well, first of all, I heard the same kinds of suggestions at the time of the end of the Vietnam War. The 'Great Bloodbath,' we're going to have over 100,000 people that were going to be murdered and killed at that time. And for those of us who were strongly opposed to the war, [we] heard those same kinds of arguments."

The purpose of this memory hole silliness is, of course, to deflect attention from what will happen if we bail on the Iraqis the way we did  the South  Vietnamese.

There were many principled arguments and good people on the side opposing the decision to go to war in Mesopotamia. But the notion that ONCE THERE we should break our word and leave them to a Cambodia scale horror or worse is not in any way an act of good faith...It is moral cowardice, intense denial,  or the most venal politicking.

This long war is difficult, heartbreaking, expensive in blood and treasure and, like all wars, it is a terrible and wretched thing. However, I firmly believe that given our current choices, fighting it is the best, most ethical alternative for our long term security, and  that of the Iraqis. 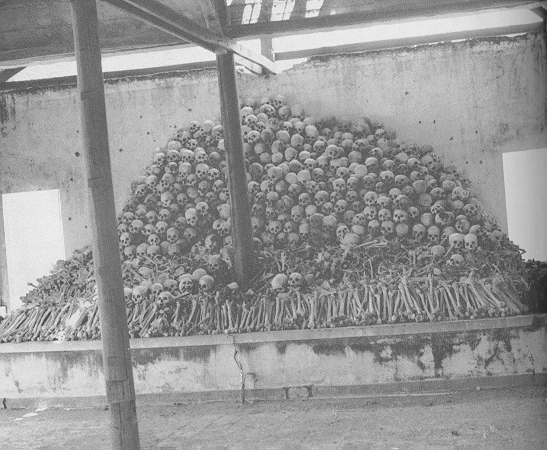 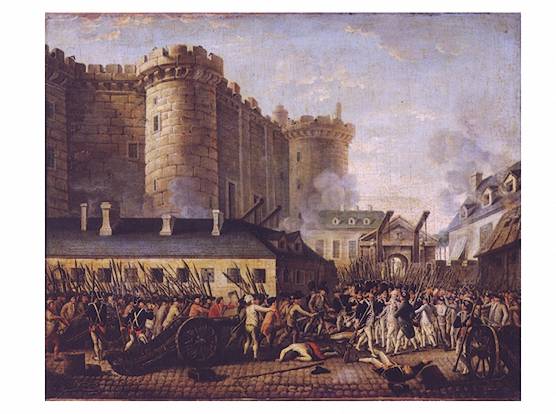 It's Bastille Day everybody!

Jerry Pournelle:
On July 14 I usually write an exposition on just what happened on Bastille Day seven prisoners, all aristocrats, were liberated. Four forgers, two madmen, and a young man who had challenged the best swordsman in Paris to a duel, and had been locked up by the king at the request of the lad's father. The forgers vanished. The madmen were put into the common madhouse. The young aristocrat took a revolutionary name, joined the liberation forces, and was later beheaded during the Terror. The garrison of the Bastille consisted of retired soldiers, many of them missing limbs, and were as much waiters and attendants as guards, since the Bastille contained only aristocrats who were confined in relative comfort. The garrison was slaughtered and their heads put on pikes. The Revolution brought in a new vision of man and government. Before it was over, French armies had ended the Venetian Republic, the oldest republic in history. The Revolution ended when Napoleon Bonaparte, Emperor of the French, failed to incorporate all of Europe into a new Empire. Revolutions often have unintended consequences. Few people seem to learn anything other than "Next time for sure."

Of course many important things came from the French Revolution...but as today is Bastille Day we'll focus only the positive....
.........Oh yeah....the metric system!

Well that was short.

Here is a view from Europe by the late Eric von Kuehnelt-Leddihn, (who agrees with me about the metric system!)
Read the whole thing. 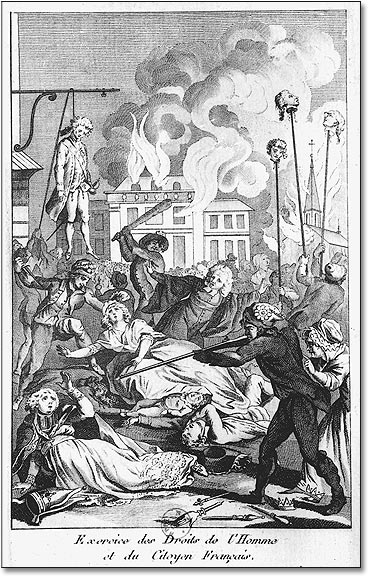 This concludes our special holiday presentation.