Brickmuppet Blog Declares For Fred... Enough of who I'm dead set against....It's time to declare who I'm for.

That would be Fred Thompson.

Thompson is really the only Goldwater Republican in the race for the nomination.
Thompson's view of the role and function of government is closer to mine than any of the candidates aside from Congressman Paul, and I firmly believe Thompson is far better than that admirably Jeffersonian Congressman on dealing with current threats. Thompson's strong federalist stance is a welcome one to me as this is a vital aspect of a Republic.

Starting with his early campaigning for Goldwater, Thompson has been politically active in various capacities for on and off for over 30 years. He has also been employed in private sector jobs ranging from the fields of law to entertainment during the aforementioned "off" periods. The private sector perspective is important for the elected representatives to have and it is all too lacking in todays political players. The founders intended that our representative serve for a time and go back to their jobs rather existing as professional entrenched rulers...Thus this is a bigger point for Thompson than is often appreciated.

His experience in public service has ranged from the Watergate hearings were he comported himself admirably to the service in both the US Senate and the State Department ( working for ISAB). In private life he helped bring down a corrupt governor and represented various citizens legal interests. He is also a character actor and while that may seem to be of limited relevance to the POTUS skillset, the skills honed there can have considerable application in both electability and in the all important presidential job of shouting and inspiring from the bully pulpit.

I certainly do not agree with Thompson on all issues, but it is apparent that he has given many of the issues facing the nation a good deal of thought beyond the sound bite.

No candidate is going to score 100% with the focus group of one that is Ken, but I am in agreement with Thompson more than I am with the current President (who I voted for twice) and I feel he has an excellent chance of uniting the party for the tough electoral battle ahead and a better than even chance of uniting our viscerally divided country against the many challenges it faces, challenges that range from the natural, to the man made and from men of ill intent.

Finally, Thompson possesses another important characteristic  that is lacking in much of todays discourse, an almost Reaganlike optimism.  This as important a quality as any in leadership.

It seems that Pejman Yousefzadeh does too.  It is a long well thought out piece...I agree with a lot of it.

He needs a blimp though.

1 No blimp, but he does have the best video.

I am not endorsing Ron Paul. For one thing, I think his stance on the war, (however principled) is catastrophically wrong. However, I do not think that his strict constitutionist views deserve the lampooning they get, particularly from my fellow Republicans. If not for the war, I could see supporting him.

Additionally, I have to give him a big golf clap for this. 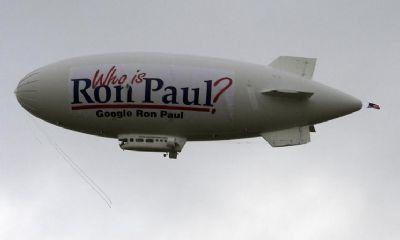 He may not be in the top tier in the polls, but he has surged ahead of all his rivals in the Dirigible Department! 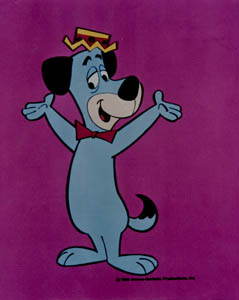