Put Down that PalantÃ­r!!
The odds are indeed very long. The stakes of this fight are high.....but NOTHING is certain yet...

....except that in despair lies certain defeat.
Do not give up. Victory is not out of reach!
more...

We Interupt Our Regularly Scheduled Below the Fold Obama Bashing ...to express our profound and sincere joy that the Secret Service thwarted an attempt by two walking, talking colostomy bags to assassinate Barak Obama.

Yes 2 Goddamned Nazi thugs were trying to kill the first serious black candidate for president of the United States.

As others have pointed out they are awfully pretty for Nazis. One wonders if they are part of the Ernst Roem wing of the party or perhaps some new, horrible type of Emo Nazis.
( I think Frank Miller foresaw this)

Their plan was almost funny....

Cowart and Schlesselman â€œplanned to drive their vehicle as fast as they could toward Obama shooting at him from the windows.â€

â€œBoth individuals stated they would dress in all white tuxedos and wear top hats during the assassination attempt.

Of course then there is the part about them killing 88 children to comemorate their murder of a United States Senator...soley because of the color of his skin. Rot in hell asswipes! I hope your prison experience is deeply unpleasant.

(Bumped) A Nail that stands up.... Gets beat down.

A Correction In this post, I mentioned, in passing, a story that has been circulating that claims  Ã˜bama has campaigned for a Kenyan politician who later had a non-trivial role in the ethnic strife that befell that country earlier this year.

Upon reflection it seemed a bit sketchy and tenuously sourced so I contacted the go-to-blogger for matters Kenyan ( Baldilocks) and today she graciously replied.

According to her,  the story is true to the extent that Obama traveled with the Odinga as part of an anti-AIDS initiative, but he was not in any way campaigning for the fellow.
She also pointed that this story actually grew out of the "Obama is a closet Muslim" smear which surprised me. This is because the Marxist Odinga  made some non-trivial concessions to Muslim interests regards Sharia Law amongst other things and that THIS was the angle pushed when the story was first broached....I'd missed it then, perhaps because the Obama as Muslim story is SO silly and dumb that I'd tuned it out.

It appears that unlike ACORN, his Marxist tendancies, and all the other crap in the above linked post, Obama did not in any way support a Marxist who had a hand in the long simmering Colonial blowback that erupted in Kenya in January. In fact given that he was there supporting an anti HIV initiative his Kenyan adventure comes off as pretty laudable.

The Senators  candidacy troubles me to say the least. However, while there are plenty of reasons to vote against Barak Obama. They do not need to be conflated with exaggerations.

I apologize for the error.

UPDATE:  Juliet Ochieng kindly  gave permission to post her Email so I've pasted it below the fold unfiltered by me, in its entirety... 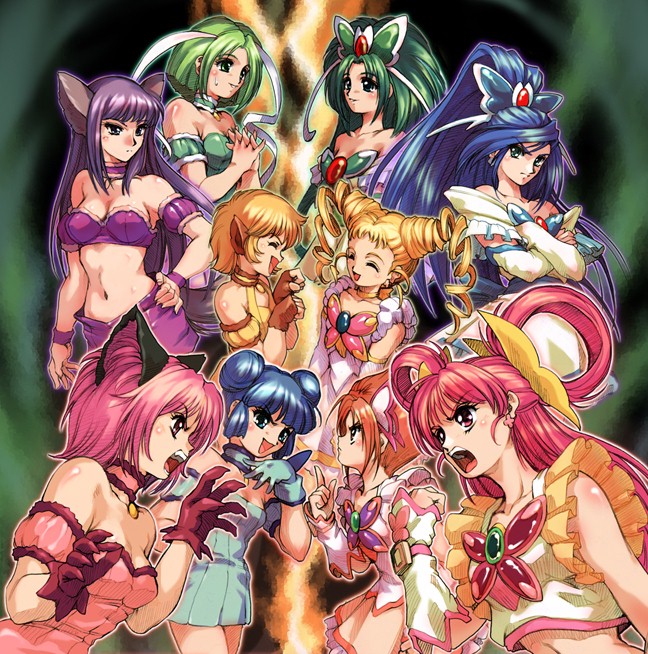 Much of what you've written rings similar alarm bells in my mind about the Obama campaign.  I've also noticed an odd characteristic regarding the opposing sides in this race in particular:  if the Obama campaign is criticized, the reply/result is an immediate counterattack against the critic/critic's party/critic's candidate rather than any sort of reasoned argument.  The opposite is true if the McCain campaign is attacked (for the most part, YMMV and exceptions abound) - the reply/responses first consists of reasoned arguments, followed up by attacks on the policies/stands/associates of Obama.  Finally, Obama as a person is criticized/denounced.

The method of reply/response speaks volumes of the people involved.  Obama's followers are highly emotionally involved in this campaign and strike out emotionally against perceived attackers without use of reason or logic, while most McCain followers attempt to use reason, logic and rhetoric to make their point and reserving the emotional response for last.

While I have my doubts and disagreements with the policies of Senator McCain, the prospects of Senator Obama as president frighten me.

So...what law IS this violating?

On a less sarcastic note....The dismal poll numbers notwithstanding, there is at least good news for those concerned with the vitality of American civics. Indianapolis has achieved a 105% voter registration rate. Thank you ACORN!

Oh wait..that was just as sarcastic wasn't it?

While we Were Distracted..... Russia bought Iceland.

Iceland straddles the key Greenland-Iceland-United Kingdom (GIUK) gap, likely the most strategic thoroughfare of the Cold War and of the North Atlantic in general. Soviet (and now Russian) nuclear submarines departing Murmansk on the Kola Peninsula to threaten Europe or United States would have to pass through the GIUK gap. The U.S. presence in Iceland was therefore considerable during the Cold War. The United States maintained a Naval Air Station in Keflavik as well as an extensive anti-submarine hydrophone sensor system, called the Sound Surveillance System, lining the seabed in the area. With the end of the Cold War and changes in the U.S. militaryâ€™s priorities, the GIUK gap was abandoned, and the Keflavik base closed in September 2006.....
....At the very least, the United States will regret ever having abandoned Keflavik.

Stratfor goes on to say that NATO is deeply entrenched in Iceland...but
the main bases are shut down, Iceland is desperate and the rest of NATO rather dependent on Russian energy reserves.

UPDATE:It should be noted in passing that Tom Clancy plots are always worrisome when in the current events rather than fiction section.

1 I've been troubled by the abandonment of the Iceland bases. Probably won't need them.

It's Like Flashing DRUDGE Lights...But Goth Ace has brought out the Flaming Skull....

....to highlight the fact that he's discovered Ã˜bama is a ...wait for it....socialist.

Yes, there is more (do read the whole thing). However, given his general creepiness and his association with murderous leftards like Ayers and Dohrn...I hardly think this warrants a Flaming Skull moment.

. I can't claim credit for the shameful and indeed blasphemously disrespectful use of Ã˜..that originated at Machine Overlords.

Not exactly correct.  Hillary is a Socialist.  The Lightworker is a Marxist.

Between the two, it's just a question of how many zeros you use when totaling the body count a few generations later.

Earlier Tonight, on an all new Episode of Women Kicking Ass....

OK, it wasn't quite all that.....but damn that was a relief.