He's got to go In my undergraduate, inactive enlisted puke opinion General McChrystal is largely right. However that can be said with the benefit of hindsight of McArthur as well and he (quite rightly) got sacked.

I can empathize with McChrystals frustration, but we frequently elect presidents who do not have a great deal of military experience, and ALL presidents face a steep learning curve when they assume the office as NO ONE is versed in everything and the bipolar levels of extreme delegation and hands on engagement necessary is startling to even the most experienced executives ( a group Obama is not a member of). It is the duty of the Military to serve the elected executive.

I am no fan of the current President but he IS  the President. He is the CinC, and a one of this nations soldiers does not air this sort of laundry unless one first resigns, or retires.

A friend once asked if I thought it would have been better to let McArthur slide given that the 6-10 million who might die in a war with china would be dwarfed by the 60-80 million who died in the late 50s and early 60s and the real possibility of ending the Cold War early.
Of course not.
To allow that sort of insubordination is to open the way for a Caesar, something the founders greatly (and rightly) feared. We are fortunate to have an officer corps that is overwhelmingly professional, whose allegiance is to the nation and its Constitution, and who consider it a point of honor that they are guardians and not threats to our republic. This sort of talk can erode that quickly as happened in Rome and all to many times in our sister republics to the south. Occasionally this occurred for patriotic and principled reasons, but those good intentions almost always paved a short road to Hell.

Obama needs to fire McChrystal. It gives me no pleasure to say this but this situation is bigger than either of these men.
UPDATE: More here. Jerry Pournelle has some thoughts here and here CDR Salamander points out the short term  ramifications of NOT firing McChrystal.

Both the CINC and McChrystal will have lost face in a public manner and will be looked at as weaker; McChrystal will have more enemies in the Administrationâ€™s National Security Structure; McChrystal has shown support for your only significant Democrat rival, SECSTATE Clinton. Worst part again is the CINC will also lose face to much of the world - especially with our enemies. In most of their cultures, a General Officer saying such things would be shot or have an unfortunate helicopter accident. They will not view keeping McChrystal on as a signal that President Obama is a firm leader.

.
Read the whole thing. Seriously, do it now.

Note that as a bonus, if he fires McChrystal, Obama actually gets to be genuinely decisive.

A Wee Bit of Good News  Well, on the political front anyway.
Nikki Haley has won the Republican nomination for Governor of South Carolina. She won by an impressive margin too. 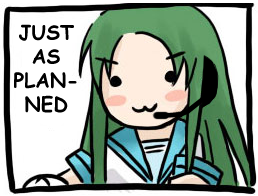 The whirlwind of racism, libel and slander that was thrown at Haley may well have been the death rattle of the putrid Palmetto State machine.....but only if she wins the general election.

UPDATE: It looks like Tim Scott has won too!

It seems that educrats have decided that friendship is at cross purposes to the education process.

......But increasingly, some educators and other professionals who work with children are asking a question that might surprise their parents: Should a child really have a best friend? ....... 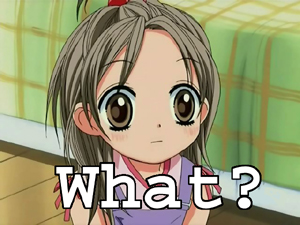 ........But the classic best-friend bond â€” the two special pals who share secrets and exploits, who gravitate to each other on the playground and who head out the door together every day after school â€” signals potential trouble for school officials intent on discouraging anything that hints of exclusivity

emphasis mine
Read the whole thing.

I am becoming increasingly convinced that a Masters in Education should be a disqualifier for teaching children and we should return to requiring a real masters degree, complemented with a certificate or associates in teaching. This would make it much easier to recruit  people who have had careers outside the education establishment into the teaching profession.The ED Masters degree certainly doesn't seem to be doing much to discourage utter detachment from humanity and its associated asshattery.

Remember that the myopic souless apparatchiks that came up with this God awful  paean to teh stupid and teh evil are likely not only equipped with lots of credentials from various schools of education, they are also most likely very difficult to fire due to the NEA and its minions.

Helen Thomas She is gone.

Almost a shame. After all, It's rare indeed  to see someone whose face so closely matches their inner beauty.

1 She resembles this picture: