Worry... While I was focusing on being a good student, any children that I might  conceive* were just  indentured. 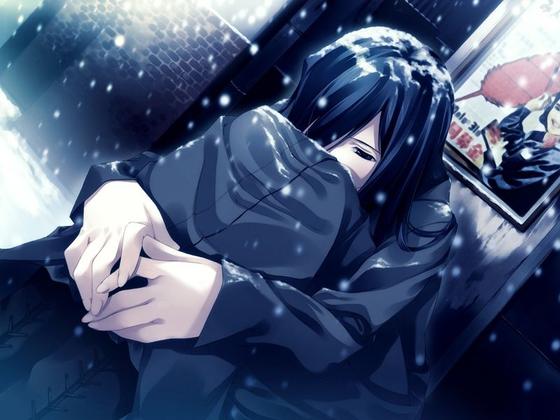 This post is a buzzkill and involves the P-word so I've moved it under the fold and put a sad girl in snow in its place...

2 None of these images are mine so sure.
Thanks for stopping by.
Is your language Malay?

The first question was pretty decent, but Obamas answer is astonishing.
He is using Japans failed stimulus plan from the early 90s to SELL the stimulus plan.....making the argument that the Japanese didnt spend enough. He also dismisses the argument that FDR did more harm than good with the new deal saying something to the effect that "I thought these arguments were settled"...well they have been, FDR DID damage the economy.

He is still talking...answering question one.

Question 2:
What is your policy towards Iran.
Answer: Iran is "unhelpful". (duh!)
There is little substance in the answer, but that is not necessarily bad. One does not lay ones cards face up.
Still talking....rambling really. Mainly "We are going to act differently"

Question 3:
Bipartisanship question "Where did you screw up?"....kind of silly question.
Answer : fairly rambling but decent...from a purely partisan perspective.
He does point out that there are substantive ideological differences.
He slams the Republicans on deficits...a fair cop to be sure.
Imperial "I" should be replaced with "We".
His infrastructure speech is still going on...no one is arguing about schools.

Question 4:
What should people do with the stimulus checks...spend or save. (actually a lucid if misdirected question)

Answer: Blames banks.....actually.. Obamas response here is pretty rational so far. If we don't make anything of value...people won't give us money. Of course he is not  answering the question that was asked.

Oh good...he is answering the question now...bad habits like subprime mortages must stop in the long term....(well duh).

Question 4: How much more expensive will this get?
Answer: TARP 1 was underegulated. ramble..ramble...stutter...
Oh here we go..basically... 'We won't know till later'.

Question 5: How will we know if this is working?
Answer: 4 million jobs created...unemployment drops. (straightforward and to the point). Capital will thaw....again a straight answer. Housing values stop falling...again straightforward answer...but blinkered as the housing markets are still overvalued. Timetable...next year.

Question 6: 2 part:Will you rescind the "don't photograph the coffins" policy.
Do you have a timetable for Afganistan.
Answer: He dodges the photo question....
Re Afganistan:
He acknowledges the troops efforts in Iraq...finally. He has a laundery list but no timetable. He points out that Afganistan was a safe haven that brought the attacks of 9/11/01. Finally....He has no timetable...good.

Question 7: the NEXT bailout...what strings will be attached?
Answer: Mainly defers to his tax dodger treasury secretary.

Question 8: Garret reffers to a Bidenism I'm not familliar with. "30 percent likelyhood of failure"(!?!?) What do you do if it doesn't work?
Answer. They are trying to cove all bases and deal with the big complicated tasks.

Question 9: Baseball steroid use...
Answer: Sad...the POTUS is understandably caught flatfooted at first by this idiot question. Recovers quickly  ....don't take shortcuts....(gee that could apply to the stimulus bill too)

Question 11: (Huffington Post has a WH correspondent.!?) Will you prosecute the Bush Administration?
He isn't going to answer as he has not seen the legislation in question. The intel community is painted with a broad brush...unfairly.

Question 12: How will you ever get the Republicans on board?
Answer: His answer seems to be its the DC culture...certainly a defensible point....but he is painting the differences as minor...they surely are not.

He is hitting the Republicans where they are  most vulnerable...spending and deficits...but this in essence means that they behaved like Dems for a time.

WOW...he wants to fire bad teachers and use charter schools...we can certainly work with him on that point.

He is painting the economists position as near unanimous....it is not of course.

Post Speech....
I have to agree with the commenter who posted while I was liveblogging...we are screwed...The stimulus bill is a huge mess and likely to do terrible, terrible  damage. Obama is from a social and educational background that is unable to acknowledge or even comprehend this.  There were bright points to be sure, except for the HuffPo question he was about as straightforward in his answers as one could ask...even if his conclusions are worrisome and his blowing off the Huff Puffy leaves me hope that we will not descend into the politics of blood that the likes of Pelosi seem to want.

2 The Chicago politician has come to the fore.  With card check, mandatory union membership on federal contracts, control of the census in the White House, the Fairness Doctrine, and the stimulus plan, we're set to dive into a cycle of endless debt, market crashes, more debt, and dependence on government spending.

When we have to start "austerity programs," defaulting on debts, and restructuring like some 3rd world country, the financial earthquake will take down the entire world economy with us.

I need to go invest in guns and a fallout shelter.  Seriously.

I need to go invest in guns and a fallout shelter.  Seriously.

I recommend a lever action carbine in .44 magnum.  44mag and .44 special ammo is plentiful and fairly cheap, its not too overpowered for deer and it will reliably take down any dangerous animals in North America. With .44 special loads it can be used  against sharks.

As for shelter, these people are pricey but their kit is reportedly top notch.

4 I need to go invest in guns and a fallout shelter.

5 Remember the folks who insisted that conservatives and libertarians should sit out this election to teach the Republican Party a lesson? Bad Plan.

6 OK,
It should be pointed out that my above recommendations stand regardless of the political climate  are in no way applicable to solving political dispute in a constitutional republic.

While I do, recommend stockpiling food and owning a firearm, these recommendations don't vary with who is in office,